Domesticated cats are built like pint-sized predators, and there’s no doubt their combination of claws and teeth are capable of inflicting serious damage. With their built-in defenses and tough-guy attitudes, you’d think all our feline friends would walk through the world with nothing but confidence and courage. But the phrase “scaredy cat” had to come from somewhere. A lot of cats fall under the category of “randomly skittish.” They can go face-to-face with the neighbor’s giant dog, but put them in the same room as an unfamiliar fruit, and it’s a much different story.

Not every cat can be described as a scaredy cat, but for some of our pets, the most harmless, completely normal objects can put them on edge. Here’s a list of common objects that can freak out our cats for one reason or another. 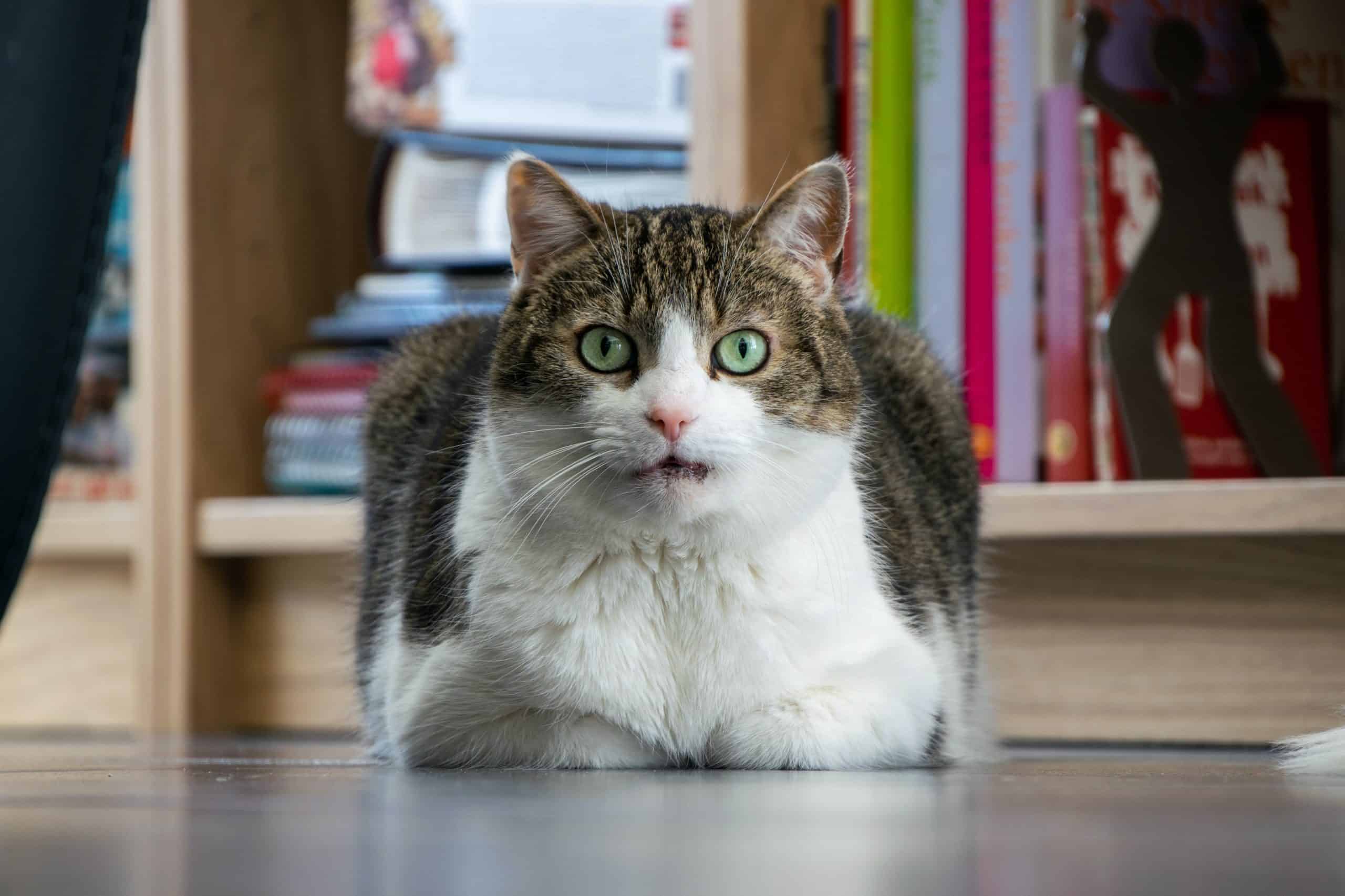 A few years ago, an Internet trend showed us just how scary cucumbers can be to cats. There were countless videos of poor cats jumping out of their fur when they spotted these oblong vegetables. Their irrational fear seemed to be completely random. It’s not like the vegetable is going to jump up and bite them, after all.

But because so many people became interested in this vegetable-hating feline phenomenon, experts started giving their opinions. While being afraid of a vegetable seems silly, there might be an explanation. Click here for a potential explanation as to why cats are afraid of cucumbers.

Birthday parties just aren’t the same for cats that are afraid of balloons. The offending piece of rubber could be floating suspiciously in the air or laying half-deflated on the floor. Either way, balloons cannot be trusted. Who knows how they stay afloat, and they occasionally move without being touched. A lot of cats would rather hide under the bed than face a scary balloon. 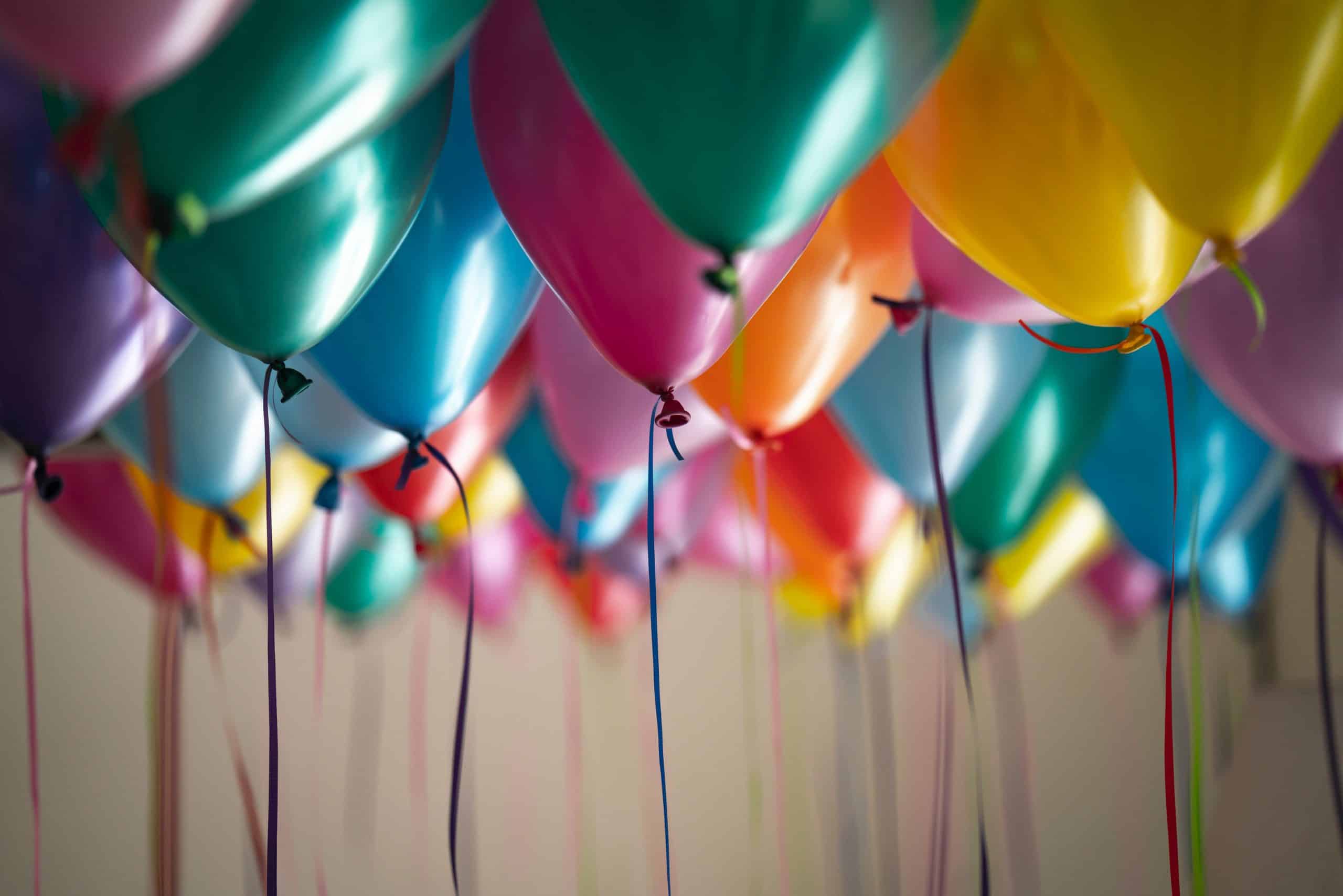 Cats have this crazy ability to immediately recognize when something is new or doesn’t belong. It’s like they have a sixth sense that tells them when something in their environment, even something incredibly tiny, changes. And most of the time, those changes are extremely unwelcome. You could put a piece of mail on the counter, and if your skittish cat didn’t see you do it, they’ll keep their distance until they can confirm all is safe.

The first time a cat encounters a mirror is always interesting. They are either adorably intrigued, or they’re downright petrified. Who is that cat?! Where’d they come from?! And more importantly, where did they go?! The glass in a window is easy to understand, but mirrors are tricky. According to Animal Health Foundation, cats (and most other animals) don’t have a sense of self. This means they can’t recognize themselves in a mirror, and those reflections are worth worrying about. 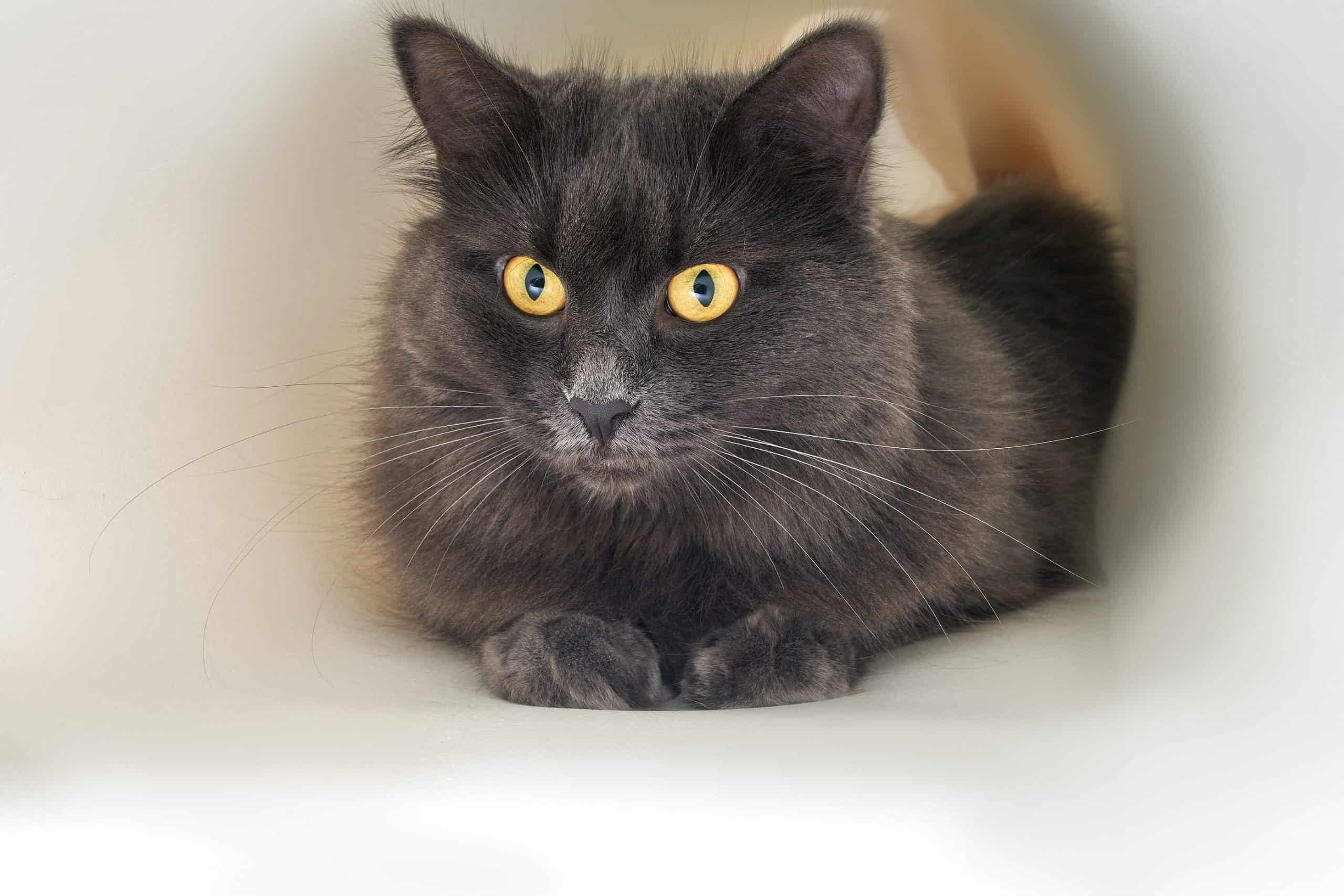 Regular glasses are fine, but don’t you dare put on a pair of sunglasses in your cat’s presence. Those sun-shielding spectacles block your eyes and put your scaredy cat on edge. It might be because they’re something new, like what we talked about above, but they could also be worried you have a strange creature clinging to your face. Once you remove the offending shades, your cat is instantly at ease.

Okay, this fear isn’t exactly irrational. An unlucky cat could have their toes run over by a quick-moving vacuum, and the loud sound doesn’t help. But for unknown reasons, a lot of cats are fearless in the face of fireworks and moving vehicles, but dare to clean the carpet, and they turn into major scaredy cats. And don’t get us started on robot vacuums. Those things are pure evil. 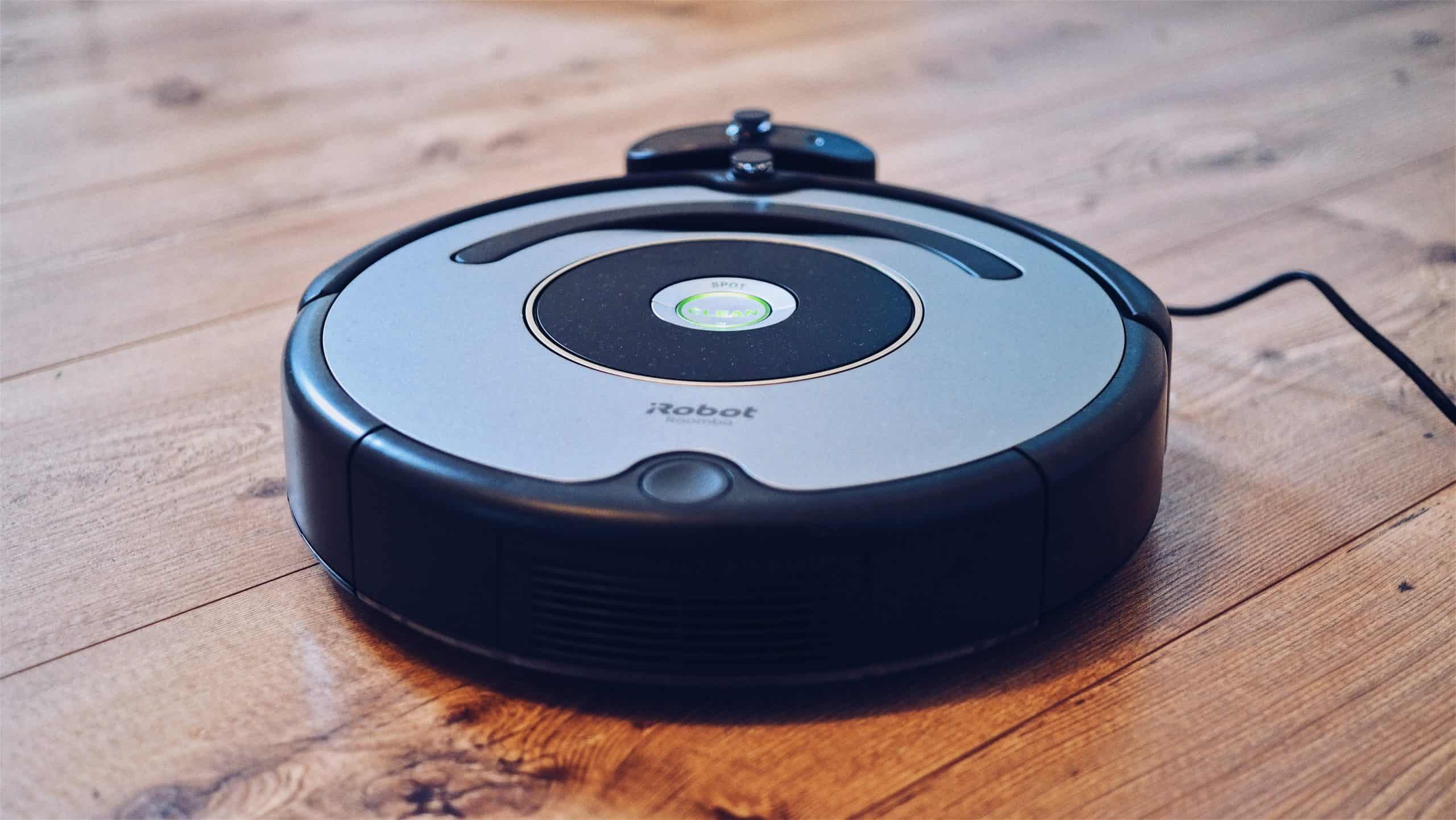 Considering the feline aversion to both vacuums and mops, we could potentially conclude that some cats are simply anti-cleaning. Mops move around unpredictably and leave behind that dreaded wet stuff. There are several different kinds of mops, but a truly skittish cat hates them all. Who needs clean floors, anyway?

Speaking of floors, it’s fairly common for cats to develop irrational fears of certain types of flooring. Shag carpeting can be particularly alarming, and some cats have a thing against tiles. If your cat seems to be afraid of the floor, you should first make sure they don’t have a legitimate medical reason. Sometimes walking on hard floors can exacerbate painful paws, and it’s easy for kitty claws to get stuck in carpet fibers. A lot of times, however, there’s no known reason why cats are afraid of floors. 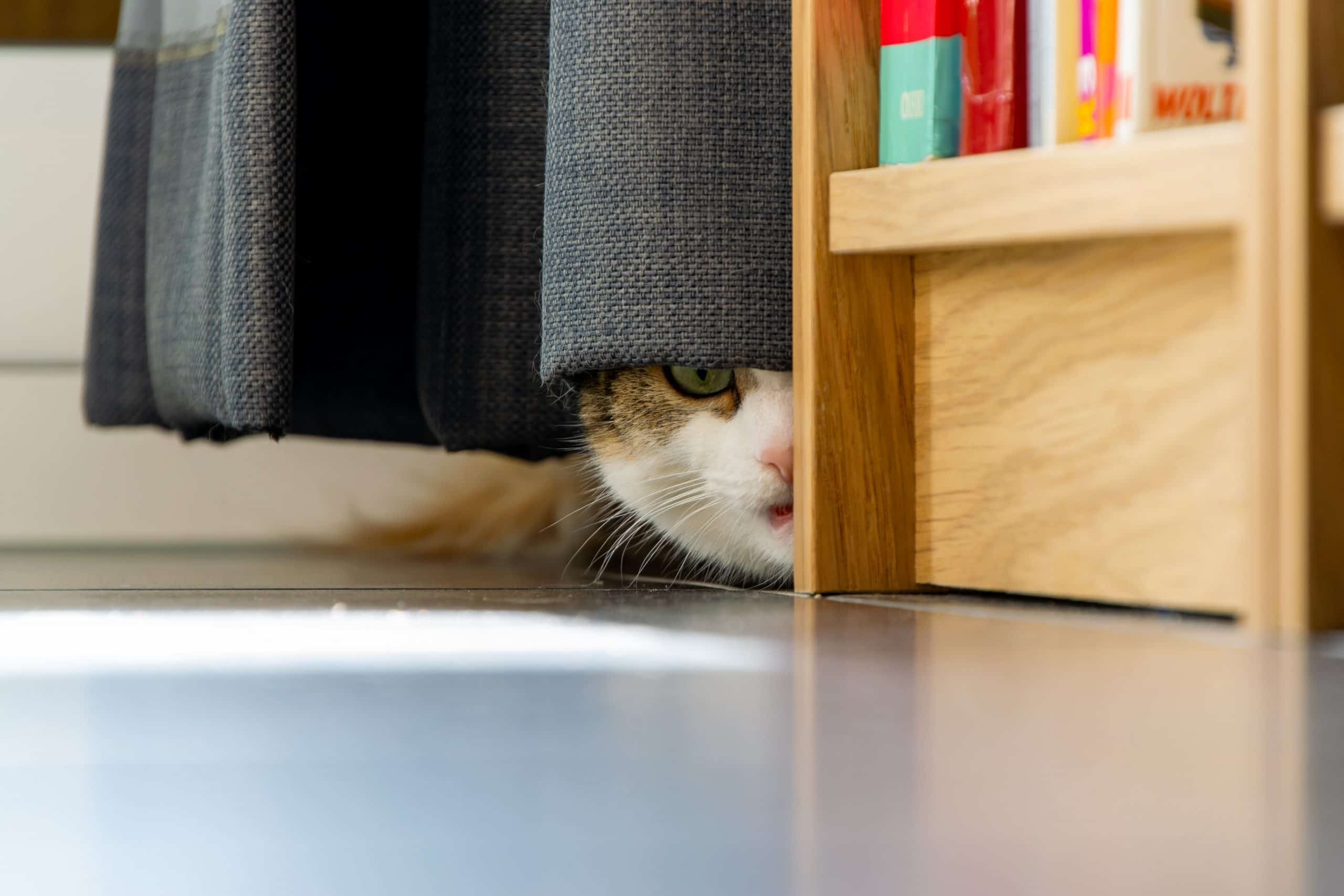 Collars hold valuable information that can keep our cats safe if they ever get lost. But try explaining that to your skittish cat. All they see is you trying to wrap a deadly weapon around their neck. Some cats hate collars simply because they’re not used to them. But there are also cats that are only afraid of certain kinds of collars. A cheap nylon thing might be fine, but trying switching it up to a pretty leather collar, and it might be too much for your cat to handle.

The more life-like the statue or stuffed animal, the higher the chances your cat is going to be afraid of it. You have to admit, some statues look eerily real, and you can’t be sure they won’t spring to life. Unless you take your cat on walks through parks and cities (which some people do!) they probably aren’t encountering many statues. But stuffed animals can be just as startling. Those little button eyes follow you around the room, and your cat isn’t fooled by their pleasant-looking smiles. 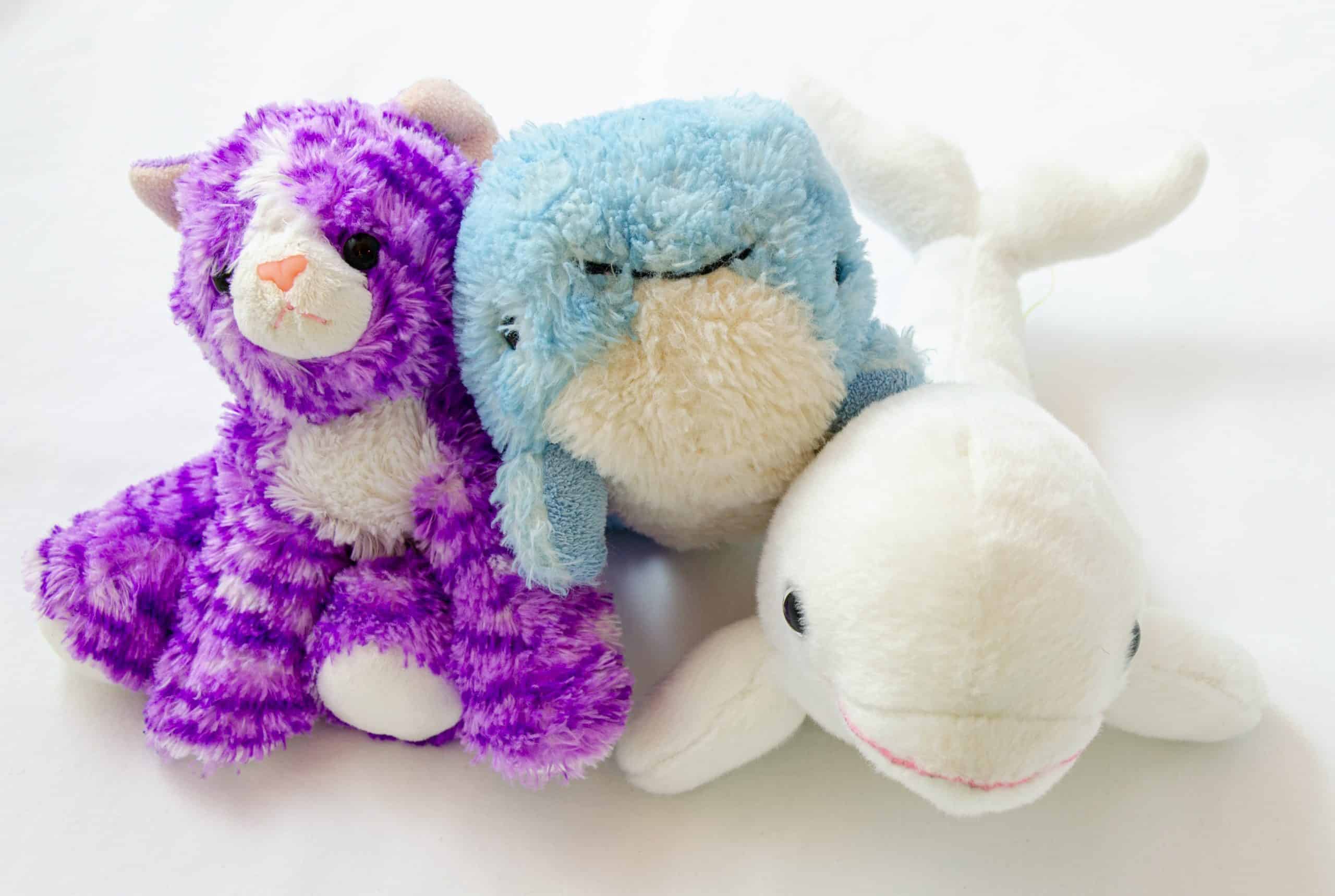 Some cats enjoy snuggling up with their humans to binge watch a show. But if your cat isn’t used to the TV, those moving pictures and startling sounds can really freak them out. For newly adopted strays, television is a completely new, and scary, experience. And even pampered house pets can get spooked depending on what’s on the screen. A show with a barking dog could be enough to send them scurrying under the couch.

Are there any other random objects your cats are afraid of? Let us know in the comments!

Is It Okay To Change My Cat’s Name...