All across the globe, there are people who absolutely adore ginger tabby cats. And Bazooka is no different when it comes to that. But you know what is different about Bazooka? His impressive size! He was brought into the Wake SPCA of North Carolina, with the help of not one, but two, chauffeurs. But that makes sense, seeing as this kitty tips the scales at a whopping 35lbs!

As you can see, Bazooka was a good sport about it!

This five-year-old kitty came to Wake County Society for the Prevention of Cruelty to Animals making quite the grand entrance. And now he’s making waves online, too. The kitty was brought over from Davidson County, roughly two hours away. And all it took was just one look to get him there.

“They alerted us to Bazooka here and once we saw the pictures we were like ‘we have to get this kitty,’ ” said SPCA spokesperson Darci Vanderslik. 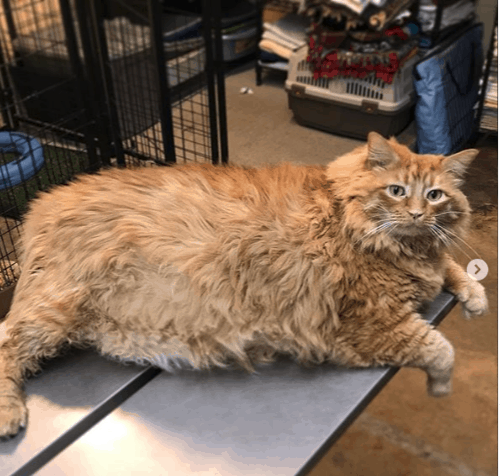 Bazooka’s previous owner suffered from dementia, and it’s believed they likely overfed this poor kitty on a routine basis by accident. After his owner passed away, Bazooka was brought into the shelter. So, in addition to his new diet and weight loss program with his foster family, sweet Bazooka is mending his broken heart.

“He thought he was doing the best thing for his cat by feeding him,” VanderSlik told the News & Observer. “We need to look on this with a compassionate view. He was loved.”

“Thirty-five pounds is a lot of weight for a cat so we’re really hoping we can get him down 20 pounds, 25 pounds, even lighter than that,” said Vanderslik. “One step at a time.”

Bazooka has been a good boy and not made a fuss about his new diet regimen. Ginger tabbies are known for being mellow and easy-going, and despite his large size, Bazooka is a good boy at heart despite his powerful name.


This big boy has a promising journey ahead of him to hopefully ease the pain of his loss. It’s reported that he has a new owner lined up, but please keep in mind that there are so many other cats out there available for adoption. Here’s to wishing we see less and less of Bazooka in the physical sense in 2020. It will take time, but with each pound he loses that will better his quality of life. 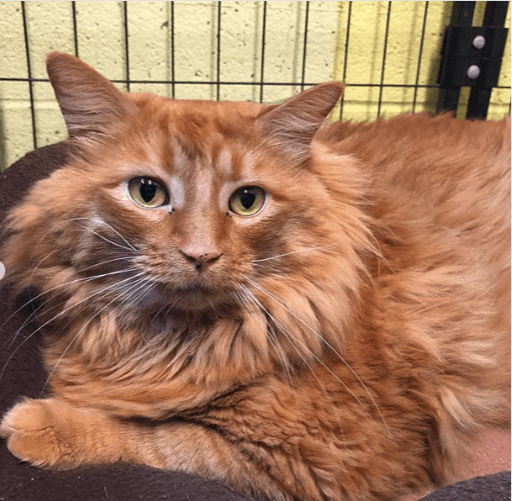 Can’t get enough of ginger tabby cats? Check out my article dedicated to these orange cuties of the feline world here!

All Images Courtesy of the SPCA of Wake County

What Is Cat Acne And How To Treat It

Cat Lover In California Transforms His Home Into A Feline Paradise

Lunchbox The Cat Looking To Slim Down And...