Luna was in the backseat of her owner’s vehicle in a carrier last Friday, August 28th, when the unthinkable happened. While traveling through the Lake View area of Chicago, the driver—Luna’s loving owner—was held at knifepoint, the vehicle taken with poor Luna still in the backseat. Everything happened so quickly, Luna was not able to be grabbed as the assailant held a knife to the driver demanding she surrender the vehicle or be killed. The two men drove off with Luna, and her owner was left shaken, heartbroken, and obviously terrified.

PAWS Chicago is doing everything that they can to bring Luna back to safety—including offering a $5,000 reward no questions asked for her swift return. Four years ago, Luna was adopted from the very same shelter which is working overtime to bring her back to her owner.

On Saturday the vehicle was found in North Lawndale, empty, no sign of poor Luna. PAWS Chicago gave a disheartening update on their Facebook page today, saying that:

“So many people following along or helping in Luna’s search have reached out for an update – right now, we don’t have anything new to share. We’re continuing to canvass the areas it’s likely Luna went missing, following up on any tips, and, with the donation of two generous PAWS supporters, offering a $5,000 reward for her safe return. We’ll continue to update this post with new information. PLEASE HELP US” #FINDLUNA.

ABC 7 News out of Chicago reported the following:

Luna’s owner misses her tremendously, and PAWS is doing what they can to reunite them once again. They’re letting people know that she can be returned no questions asked to the following addresses:

A very kind and generous supporter is funding the $5K reward, and PAWS Chicago is urging anyone with knowledge of Luna’s whereabouts to contact them directly.

Luna’s owner is rightfully devastated and just wants her cat back, saying that, “She’s my little kitty. I know she’s a cat, but she’s my little baby.” 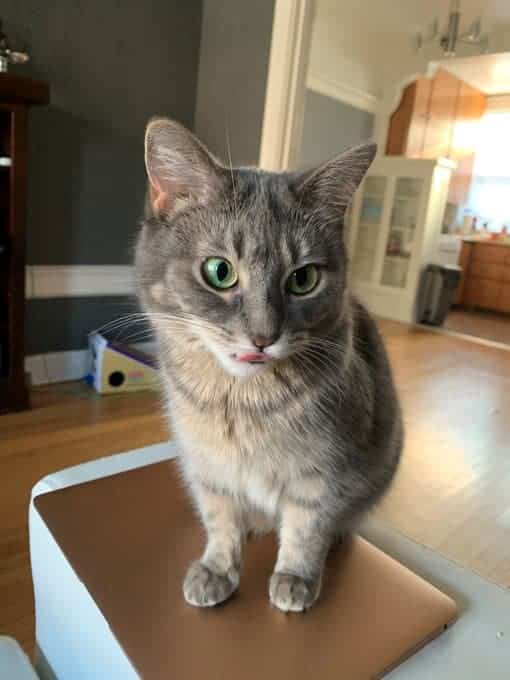 This ‘Cat Town’ In Turkey Saves Hundreds Of Homeless Cats

Cat Rescued From House Fire And Cared For By Kindhearted Firefighters