Home Cat News Woman Takes Her Kitten To Be Neutered, Leaves With Kitten She Says Isn’t Hers
Cat NewsKittens

Woman Takes Her Kitten To Be Neutered, Leaves With Kitten She Says Isn’t Hers

When Elba Martinez took her tabby kitten Bob to the vet, she simply thought she was doing the right thing by having her kitten neutered and microchipped like any good cat owner would do. Mistakes and accidents happen all the time in life, but this is no mistake and an accident that could have easily been prevented. Bob went in to Shelter Outreach Services of Ohio to be neutered on Tuesday, August 11th, but according to his owner, he did not leave with her that day. She was sent home with his doppelgänger with a few differences, a kitten named Larry. 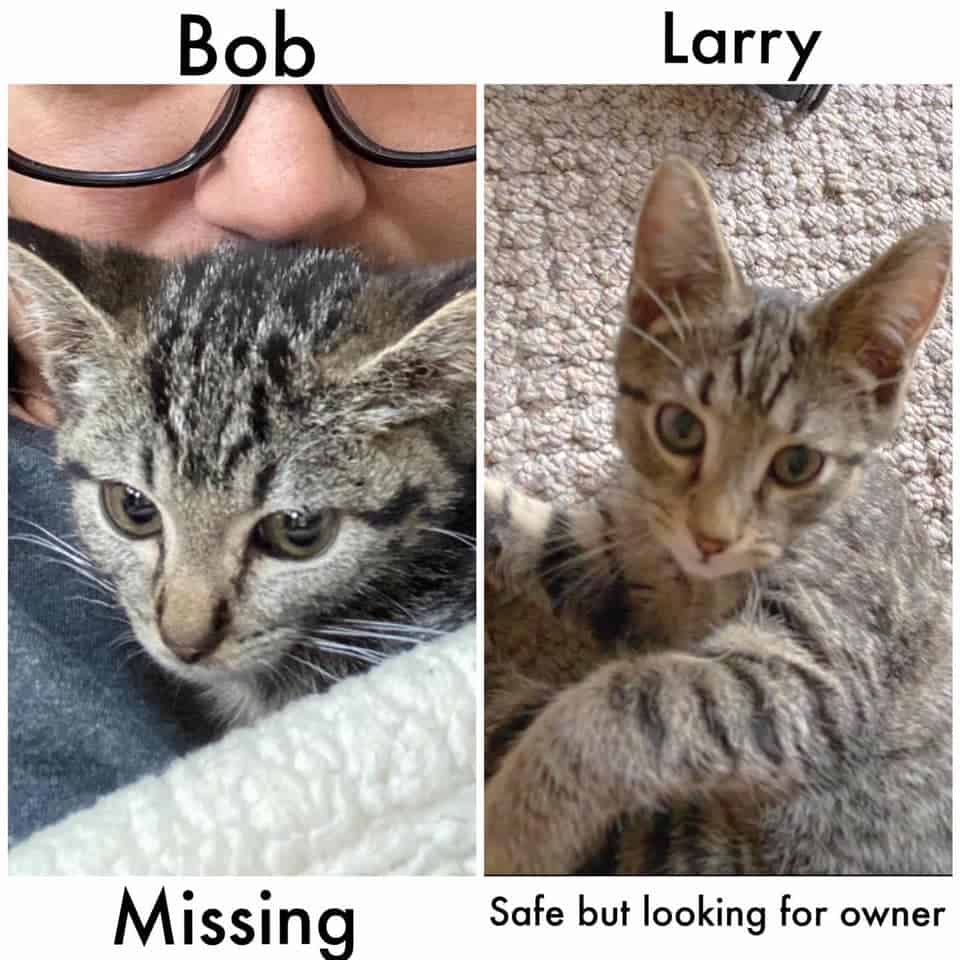 Larry was outgoing and quite playful, much unlike Bob who Elba says is more on the reserved and shy side. Last Friday, Elba made a heartfelt plea on her personal Facebook page, in search of her sweet Bob, and hoping that she could reunite Larry the kitten with his original owners. Perhaps, by chance, they were the ones who would have Bob, she doesn’t really know. But one thing is certain, she wants Bob back—and rightfully so.

Elba told me that she is not the only one in her family who knows that this kitten named Larry is not Bob. She explained to me that,

“Bob is a kitten I trapped at the end of May (along with two female litter mates), they were born feral so they are shy and we are working on socializing them. Bob is scared of everything and hides a lot. He had an appointment to get fixed on Tuesday the 11th. After picking Bob up from the vet, I get home and let him out of the carrier. We immediately noticed that he came straight to us looking for love. My daughter mentioned that she did not think this was our Bob. We found it very strange, talked about anesthesia effects, and I even joked about sending all our feral kittens to get fixed right away hoping to have same effects (make them friendly). I told my kids we were going to have the same shy Bob back after the effects. I put Bob in a crate at bed time. The following day (Wednesday), we got him out of the carrier and noticed the same behavior, friendly and outgoing. My daughter mentions again ‘Mom, this is not Bob, look at this face.’ At that point, I freaked out and picked him up to look at his face and his body closely and immediately noticed this kitty was not ours. I immediately called the vet to let them know about the switch, they said they would look into it and call me back. At the end of the day, they had not called me so I stopped by and brought the “wrong” kitten and pictures of Bob.”

A local news station in Columbus, Ohio where she lives caught wind of Bob’s plight, and they connected with Elba to share Bob’s story and hopefully help to reunite him with his owner who misses him dearly. Elba told ABC 6 News,

“I can see why they made a mistake. I’m really not sure why they’re not finding my cat yet.”

Aside from their stark differences in personality, Elba reports there are differences in the fur pattern of the two tabby kittens. As of the publishing of this article, Larry’s owners have yet to answer any of the calls they’ve received on this matter. Elba told me that she feels strongly that “we are all humans and make mistakes,” but since the whereabouts of Bob seem to not be of concern any longer, she wants to make her story public because this is not okay. And something tells that many cat owners would agree.

And, you might be asking yourself, how did she know that this kitten which is not hers in her care is named Larry? Well, because they told her. Elba told me that a staff member,

“…acknowledged the kittens are not the same, and said they found another kitten that is about same age as Bob (4 months old) with the same descriptions. At this point, I am in tears of happiness because I had hoped they were going to bring Bob back. She said they had called Larry’s family and left a message. This is how I learned that the ‘wrong’ kitten’s name is Larry.”

When it comes to the physical differences between Larry and Bob, the images below provided to me by Elba give you a better idea: 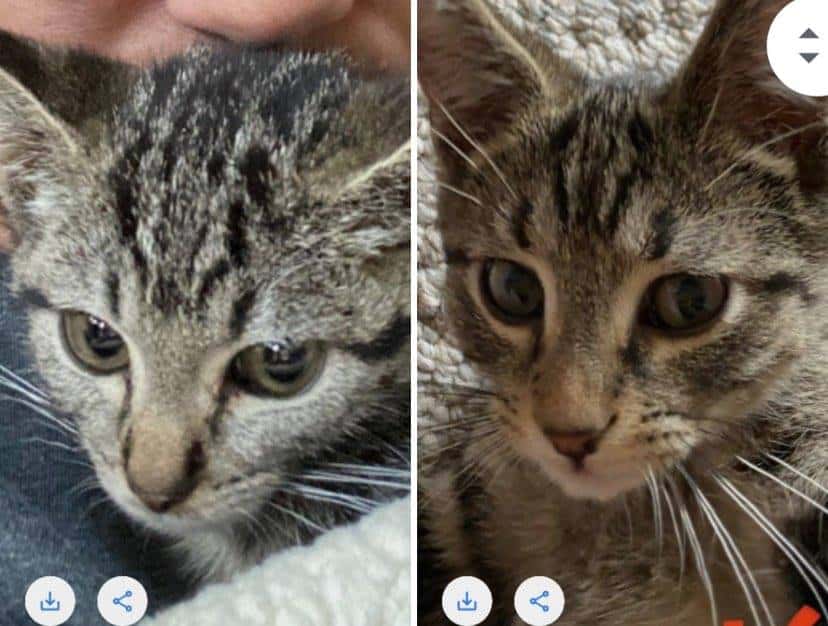 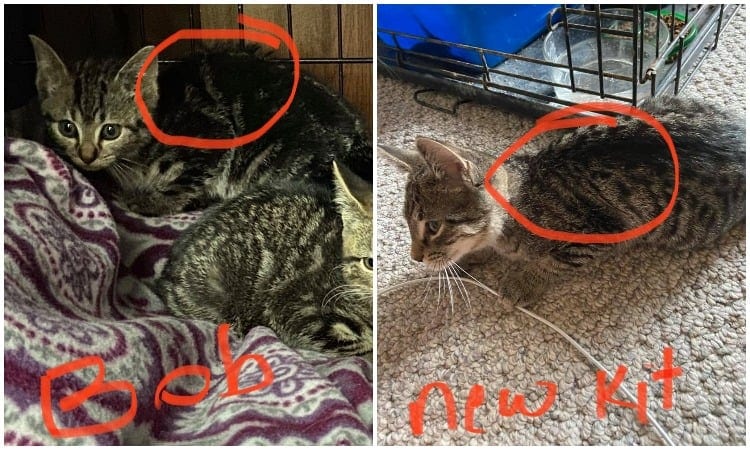 Watch the video here from WSYX ABC 6 News for more on this perplexing story.

Bob’s story is currently making the rounds on social media, and hopefully the more it gets shared the closer she will be to being reunited with her sweet Bob once again. I’d like to thank Elba for allowing me to share her story with you all, I know if that was me and this happened to one of my cats, I’d be absolutely heartbroken. Here’s to hoping little Bob finds his way back to her—and soon.

Where’s Bob? This Grove City woman says this kitten is cute, but it’s not the same one she took to the vet. We’ll explain the mix-up at 6. @wsyx6 pic.twitter.com/eitPb8IUbM

Why Does My Cat Bring Me Dead Animals Like They’re Gifts?