There are plenty of eagles and birdies at the St. Lucie Trail Golf Club in Florida, but visitors were surprised to see a very different kind of scene just recently. St. Lucie native Mitchell Slater was in the parking lot of the 18-hole golf course when he saw something incredible—not to mention downright adorable. A mother bobcat and her two kittens strode by, and he was quick enough to get it on camera.

The trio of bobcats walked casually through the mostly-empty lot seemingly oblivious to the spectacle they caused. Slater’s video catches the family near the club’s tennis courts. Mama cat walks quickly but calmly as her two adorable kittens prance and play ahead of her. Bobcats are most active at night, so seeing this family during the day was especially exciting.

Florida is home to a large bobcat population. The adaptive big cats are seen almost everywhere in the state—from the swamps and forests to people’s backyards. A female bobcat, like the one in the video, typically covers a territory of up to 6-square miles. They raise their young until they’re about 11 months or old enough to hunt for themselves.

The two cute kittens in the video will spend several more months with mom as they learn to fend for themselves and find food. A fully grown bobcat is capable of taking down prey much larger than itself. But they usually stick to smaller meals like rats, rabbits, or the occasional domestic chicken. 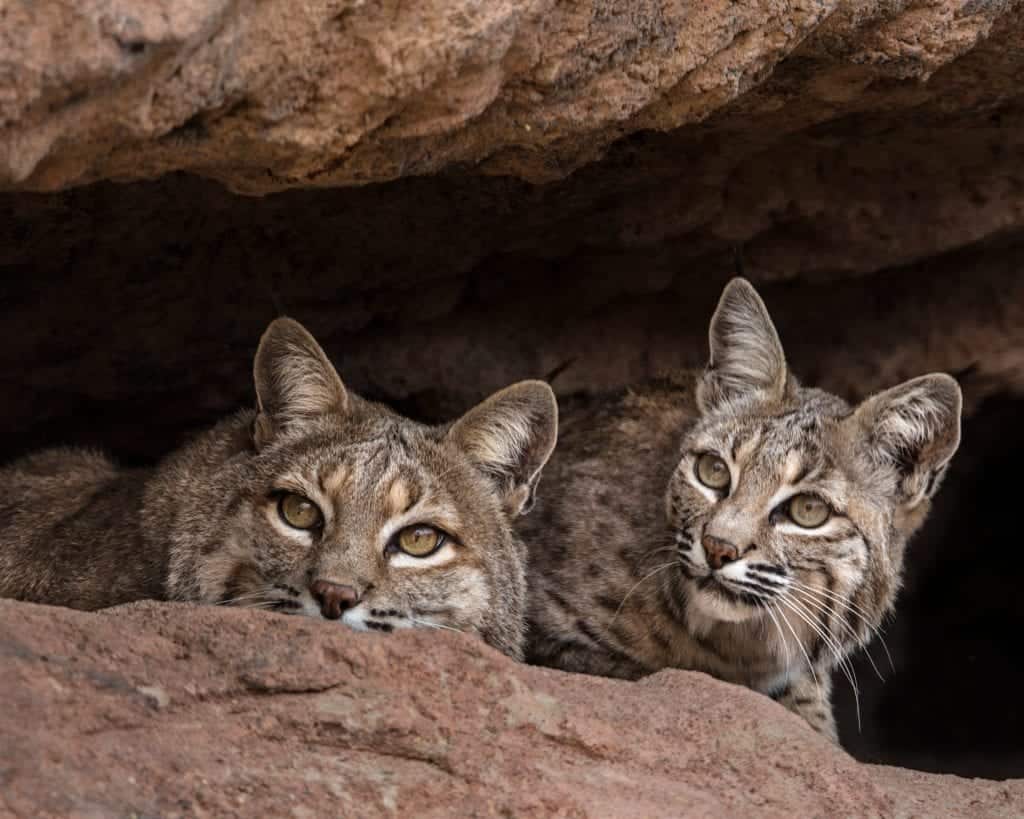 While bobcats are cute to look at it, it’s important to remember that they’re not domestic house cats. They’re wild animals that should be left alone. If you ever see one, keep your distance. And if you happen to be golfing and come across a cute family on the green, consider yourself lucky to witness these gorgeous animals in real life.

Love Odd-Eyed Cats? See A Gorgeous Collection Of Them Here

This Rescue Puma Can’t Live In The Wild,...

Athlete Identified As Owner Of Escaped Cougar After...

Rare Amur Leopard Is Hiding In This Photo—Can...