Home Cat Behavior Why Can’t My Cat Get Along With Other Cats?
Cat Behavior

Why Can’t My Cat Get Along With Other Cats?

I think it goes without saying that they don’t call it a “cat fight” for nothing. Cats are as sensitive as they are territorial. Should they encounter a cat which ruffles their feathers, that other cat will be the first to know. When introducing cats, it’s always best to take things slow. Cat aggression is a common issue, and I’m sure you’ve often wondered what triggers your cat so quickly in the presence of other felines. 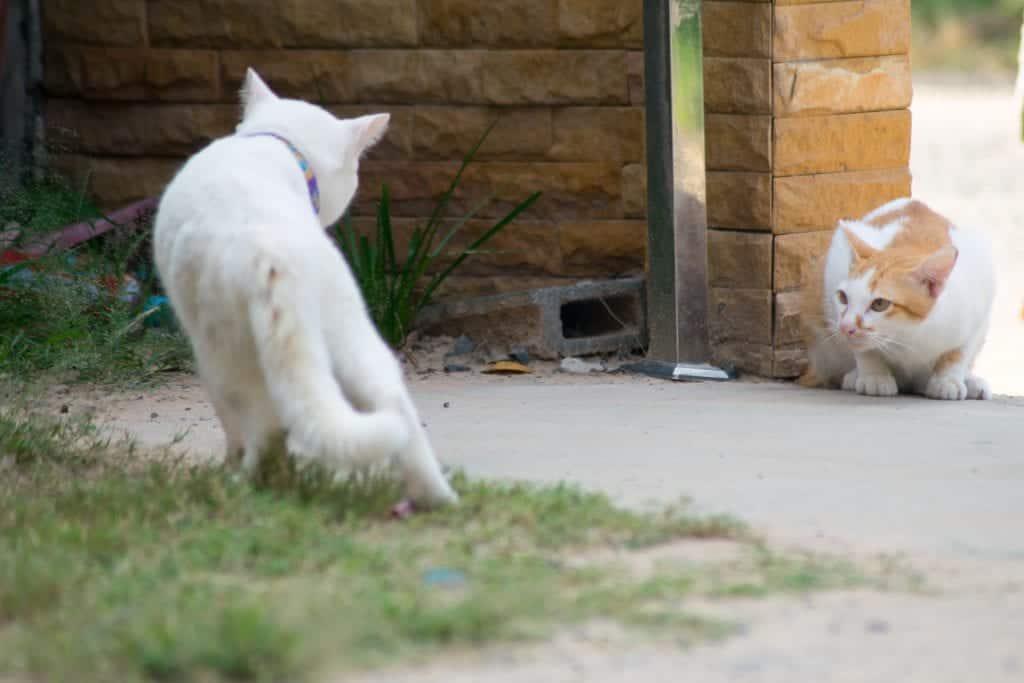 Why does my cat like some cats and not others?

For cats, their personality and exposure to other cats—or lack thereof—often predicts how receptive they will be to other cats as they are introduced to them past kittenhood.

In addition to this, if your cat has undergone a traumatic experience with another cat, this can leave a lasting impression on them as well. Scars will heal, but those memories serve enough as a reminder to them that they aren’t willing to bend. Sure, cats can be rehabilitated and come out of their shell, but cats not liking other cats typically starts at an early age, just as we mentioned above.

I’ve seen my usually friendly cat be extremely friendly to some cats, and downright rude to others. And my other ginger cat is pretty much hated by and vice versa with any cat he meets aside from our family circle of cats. For my kitten, he is extremely friendly and outgoing towards other cats or pets that he meets. Having lived in a foster home as a small kitten, he was exposed to a number of pets on a routine basis which gave him the proper exposure he needed to thrive as a mature cat. 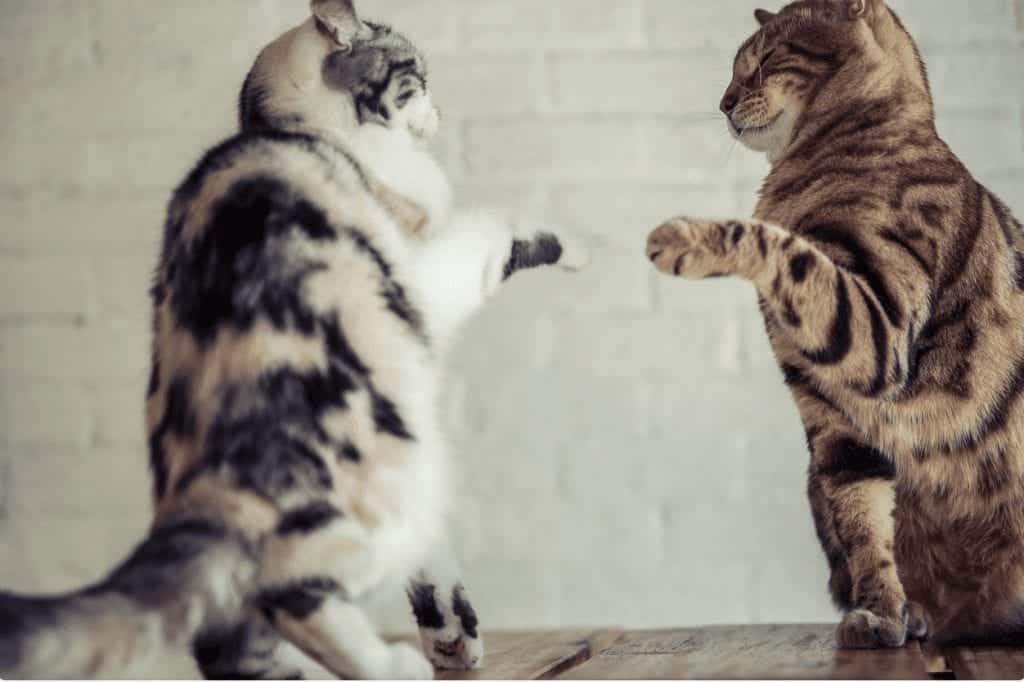 Cat aggression is a very serious matter, and sadly a reason that many cats are given away or surrendered to shelters.

Some cats are simply fine with overlapping their territorial space with other cats, while others will not go down without a fight—literally.

For a cat which has lived outdoors for most of their life, their territory is extremely precious to them. And for exclusively indoor cats, the thought of another cat coming to live with them that they do not know is not high on their list of desires. Their home is their safe space, and the thought of sharing it with a strange feline is not something they’re going to be thrilled about, at least not initially.

According to ASPCA.com, if one cat reaches the age of one to three years old and then trouble brews, social maturation may be a factor. There are ways to keep the peace, but do not force the issue should your feline not be so friendly with others. 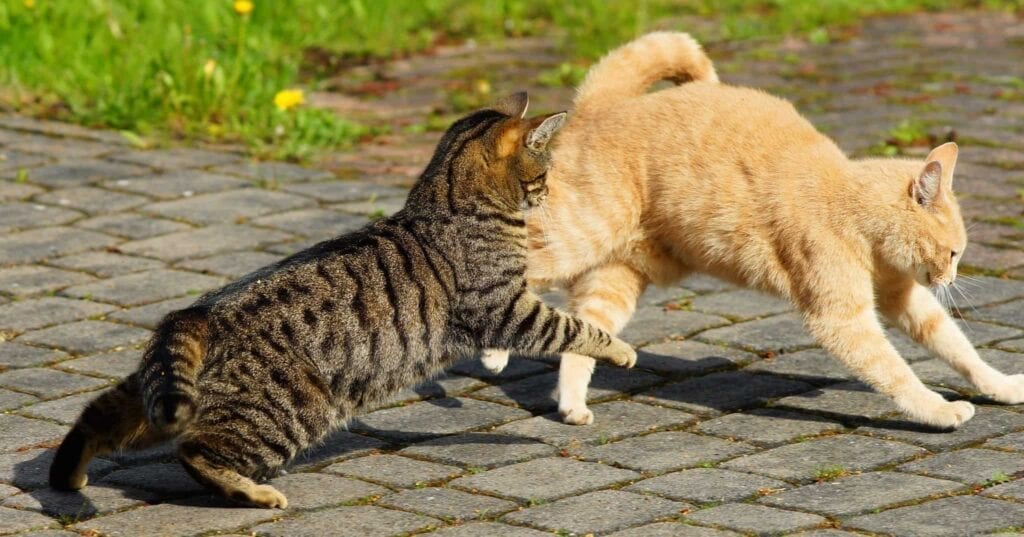 If you’d like to read more on the 5 distinct cat personalities, check out my article on it: Research Claims Cats Have 5 Specific Personality Types. It offers terrific insight to the feline mind and personality.

Cats will be cats, and it’s important for us to know how to respect them and give them their best lives possible. For a cat that is friendlier and more receptive to other cats, keeping a cat friend for them is a great idea. But if cat aggression is a serious problem for your feline friend, then maybe it’s best to respect their wishes and have them as your only cat.

Here are the most common types of cat aggression: 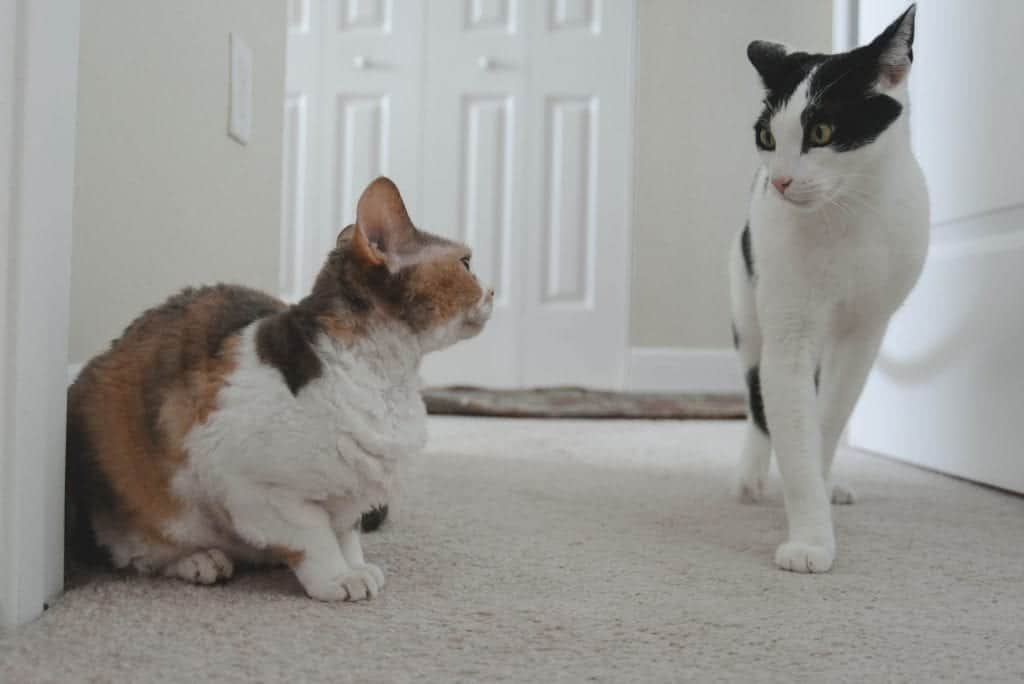 With territorial aggression, a frustrated veteran cat may even attack another veteran cat if a new cat is brought into the home. They are clearly frustrated and simply redirecting their anger on an easy target, unfortunately. For status-induced aggression, a cat could go as far as to block exits/doors, access to litter box or food bowls, anything to show the other feline who is boss. This strong desire to define the pecking order is something a frustrated cat does when they are feeling threatened.

And for inter-cat aggression? Well, this often comes as a result of an unaltered cat entering maturity. Clearly this one can be avoided by taking the Bob Barker advice and always having your pet spayed or neutered. After all, there are already so many unwanted litters and cats living the lonely shelter life. It’s just another reason why spaying and neutering your pet is always a top priority.

Study Shows Tuxedo Cats Most Likely To Have Cattitude

Tail Talk: What Your Cat’s Tail Is Telling...

The Ultimate Guide To Giving Your Cat A...