Cats are pretty awesome little beings. Not only are they the #1 watched subject on the internet, but cats can be beneficial to your health in a number of ways! Do you call yourself a cat connoisseur? Then let’s test your knowledge on cat facts with this collection of 60 cool facts about cats. Don’t forget to share these cat facts with other cat lovers, too! 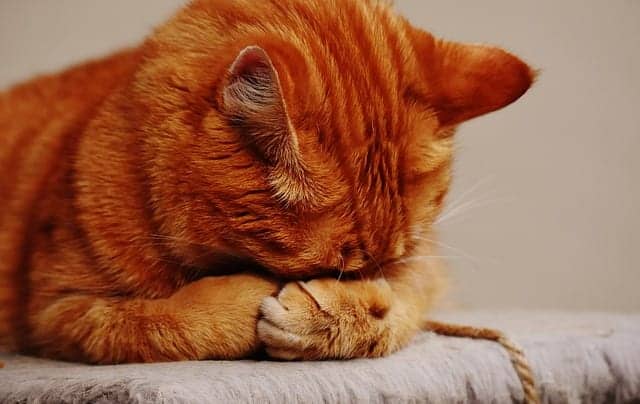 1. Your cat sleeps an average of 12-16 hours per day, every single day. You know what this means? Roughly 70% of their entire lives are spent asleep!

2. A group of cats is technically referred to as a “clowder”.

3. Turns out tigers and domesticated cats share a common trait: the backwards pointing spikes on their tongue known as papillae, AKA barbs, are used for gripping and pulling off meat.

4. Grooming isn’t just a method to keep themselves clean or to relax. Your cat also grooms themselves as a means to cool themselves off through evaporation.

5. Your cat’s hearing is 5x superior to yours, and the best of any domesticated animal.

6. Your cat does not have the ability to taste sweetness. (This is actually their weakest sense.)

7. Female cats will often purr while they are in labor as a way to calm themselves.

8. The technical term for a hairball is a bezoar.

9. Your cat’s nose is as unique as a human’s fingerprint. 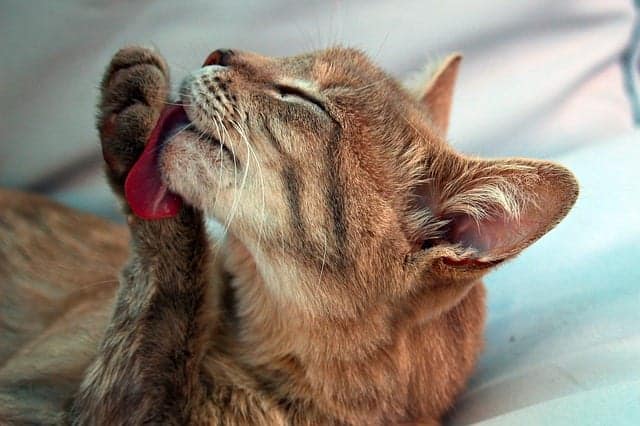 10. After a hunt, a cat will groom themselves as a means to wipe away any traces of their kill.

11. When your cat drinks water, it does so at a rate of 4 laps per second.

13. In terms of development, the first year of a cat’s life is equal to the first 15 years of a humans life.

14. The furry tufts of hair that come from your cat’s ears are better known as ear furnishings.

17. A cat cannot see completely in the dark, but their night vision is most impressive as they only need one-sixth of the light humans require to see.

18. A “kindle” is the proper term used to refer to a group of kittens.

19. Every cat, regardless of genetics, carries a tabby gene. 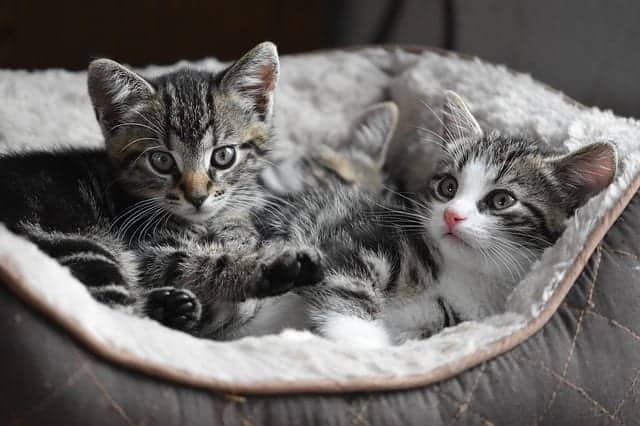 20. A kitten spends so much time sleeping, because the growth hormone they need to mature is only produced while they are sleeping.

21. Despite what you might think, the vast majority of cats are lactose intolerant as their bodies do not produce the enzyme needed to break down milk.

24. Maine Coons can be up to 40 inches in length and come in 75 different color combinations.

25. Cats only sweat through their paw pads.

26. Cats have the ability to rotate their ears 180 degrees.

27. All cats are crepuscular, meaning that they are most active at dawn and at dusk. Which is the same times they would spend hunting in the wild. 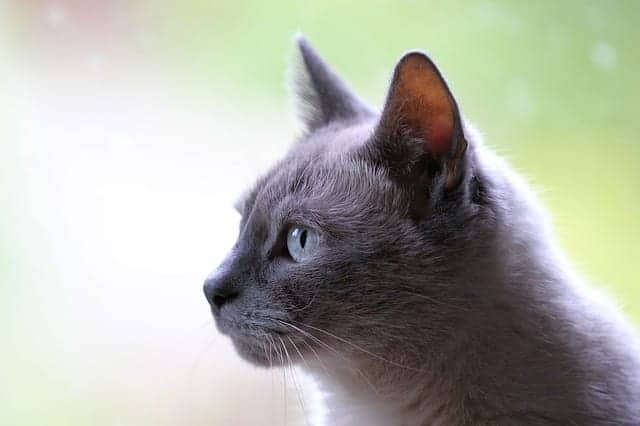 30. A feline’s kidneys are able to filter salt out of water, which is an ability humans do not possess. This means that cats can drink sea water!

31. Unless your cat is a polydactyl, he has five toes on both of his front paws and four on each of his back paws.

32. Males are usually left pawed, whereas females tend to be right pawed.

33. Ginger tabby cats can have freckles around their mouths and on their eyelids.

34. Cats have an extra organ that allows them to taste scents in the air.

35. A cat has the ability to jump up to six times its body length.

36. Your cat’s whiskers are embedded 4x times deeper than their hair.

38. When a person’s beloved cat passed away during ancient Egyptian times, the owner in mourning would shave off their eyebrows as means to reflect their grief.

39. Despite what some people might think, cats are actually non-confrontational by nature. This means that your feline friend isn’t going to show dominance just for the heck of it. And in times when they do display dominant behavior, they’re simply doing so to show that this is their turf, and keep back! 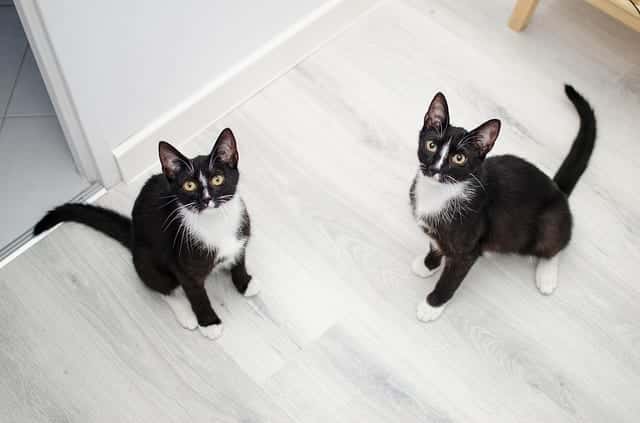 40. A cat only has the ability to move their jaw up and down, not side to side like a human can.

41. Ever wonder why cats like to cram their bodies into tiny spaces? Truth is they do it because it provides them with a sense of safety and security.

42. A domestic cat’s purr has a frequency of between 25 and 150 Hertz, which happens to be the frequency at which muscles and bones best grow and repair themselves.

43. People are not actually allergic to cats, they’re allergic to cat dander. This is because cats produce a hormone (Fel d 1) in their saliva which is spread onto their fur when they groom themselves.

44. Wonder why your cat sometimes likes to sleep on your head? They do it because it’s the warmest spot on your body.

45. Despite not having a coat, the internal body temperature of a Sphynx cat is actual higher than an average domestic cat.

46. When a cat chases its prey, it keeps its head level–unlike dogs.

47. A domestic cat can run at the speed of at least 30 miles per hour.

48. The largest litter of kittens ever birthed in a single litter is 19.

49. A cat can’t climb head first down a tree because every claw on a cat’s paw points the same way. 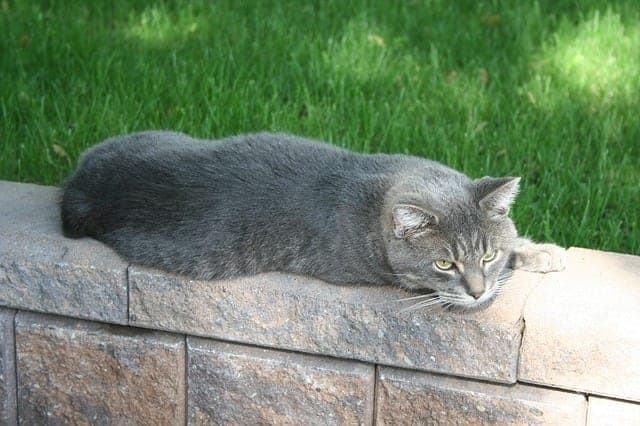 50. A Manx cat’s tail comes as a result of a genetic mutation. Because of this, a female Manx can give birth to kittens both with and without tails.

51. Unlike most kittens born with blue eyes, the Russian Blue has yellow eyes at birth.

52. Your cat scratches not only to sharpen their claws and mark their territory, but also so that they can properly specific muscles in their shoulders and back.

53. On average, your cat has 244 bones in their body. This bone count ranges depending on how long a cat’s tail is and how many toes they have.

54. All cats but Cheetahs have retractable claws.

55. Your cat’s retinas act like a mirror, which allows them to see in very low lit situations.

56. Cats walk similarly to camels and giraffes, both right feet then both left feet.

58. An ailurophile is a fancier way of saying that you are a cat lover. 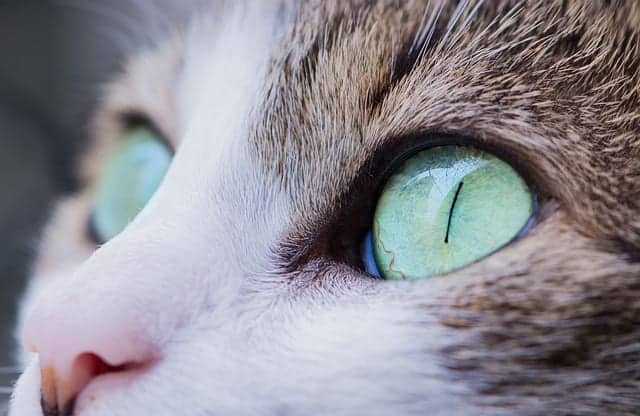 60. Cats have three eyelids. The third eyelid is a tiny triangle of pinkish or whitish tissue which is usually visible in the corner of the eye.

Got any more cat facts to share with us? Leave us a comment, all cat facts are welcomed!

Why Is My Cat Biting Me When I Pet Them?