I think pretty much every cat owner can agree, cats are an extended part of our family. For those of us who have cats in our lives, it goes without saying that they hold a very special place in our hearts. Aaron and Michelle Benitez recently tied the knot, and they knew that in order to make their special day absolutely purrfect, they had to include their five-year-old rescue cat, Prince Michael, as well. But how would they pull this off? Well, by making their cat a groomsman!

Jonnie + Garrett, a professional photography team, captured the affair for the bride and groom. And of course they captured many photos of Prince Michael celebrating with his now married humans! We must admit, the images are pretty adorable. Take a look for yourself at this handsome cat groomsman—complete with his own little tuxedo!—in action. And while I’m not personally a huge fan of dressing cats up in costume, it seems from the images that the feline didn’t seem to mind so much. 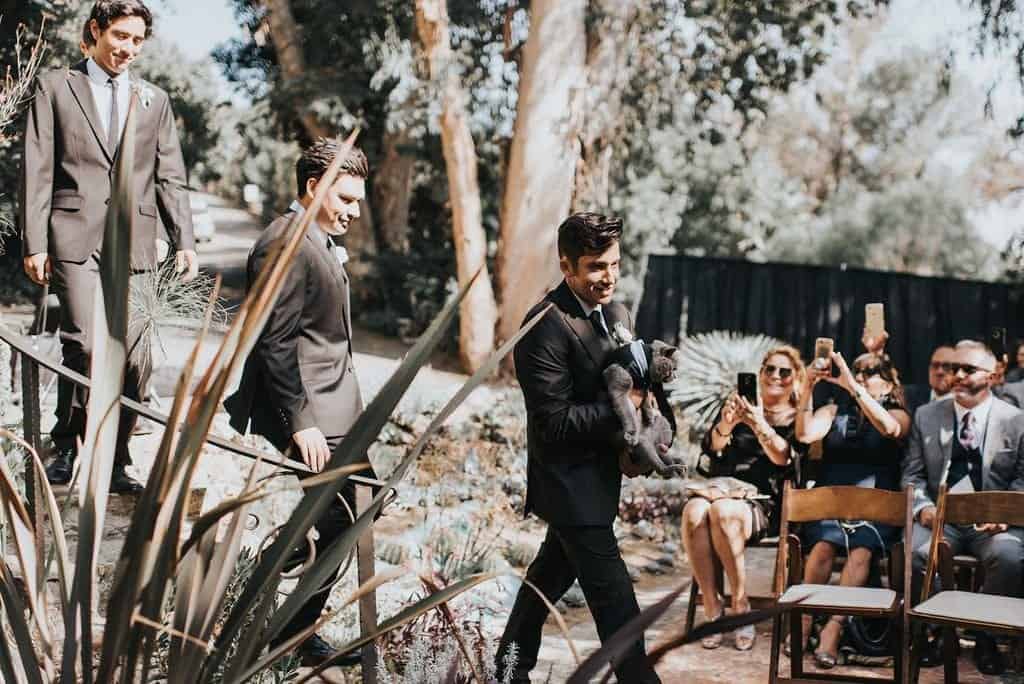 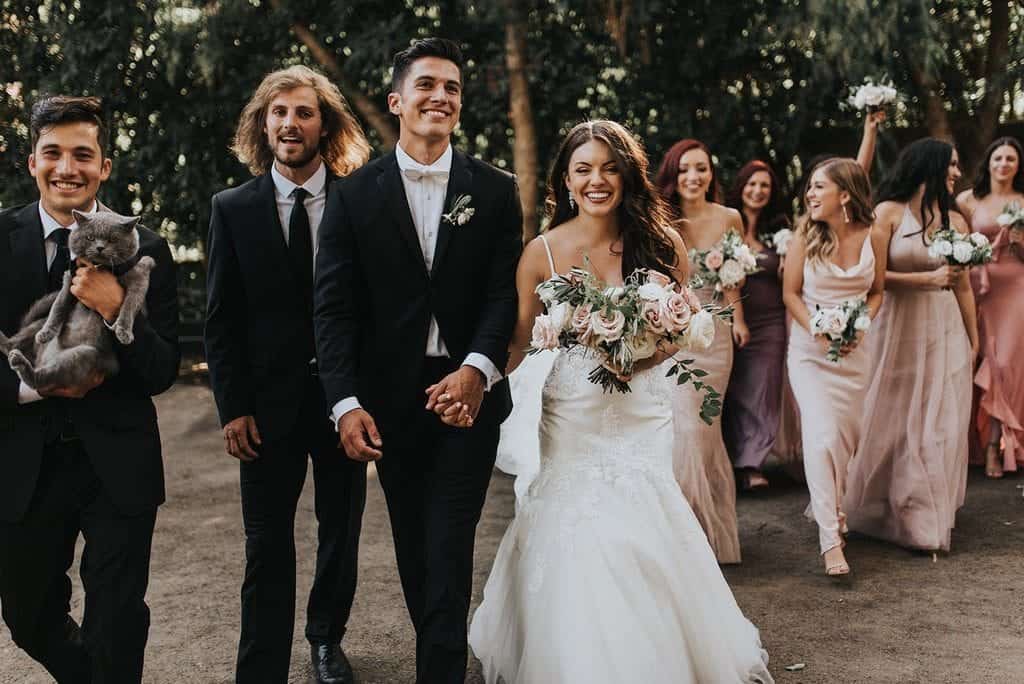 It appears that Michelle found herself a crazy cat gent in Aaron, because when the couple first met, Prince Michael–or Michael for short—was already a part of his cat dad’s life:

“My husband adopted him, and we’ve had him for almost five years now…. Michael’s a huge part of our lives and really important to us. It would have almost been weird not to have him part of our wedding day!”

Michael has held a special place in his heart for his gray kitty ever since he first adopted him, and his now wife knows just how important his cat is to him.

“He’s been a huge part of our lives ever since we started dating. Even as a kitten, Michael would ride the subway with me, go to Central Park, Joshua Tree and the beach,” cat dad Aaron Benitez told Good Morning America. Despite the fact that most cats are not fans of loud noises or lots of people all in one place at one time, it seems that their cat didn’t seem to bothered by that either. Apparently the laid-back feline fellow is used to people, and captivating the attention of all those that he meets!

“He’s always been accustomed to being around a lot of people… He does so well, he has the personality of a dog in many ways,” explains Michelle.

The cat’s human mom even told Pop Sugar that his cat dad used to take the cat for leash strolls on the streets of NYC—oh la la! 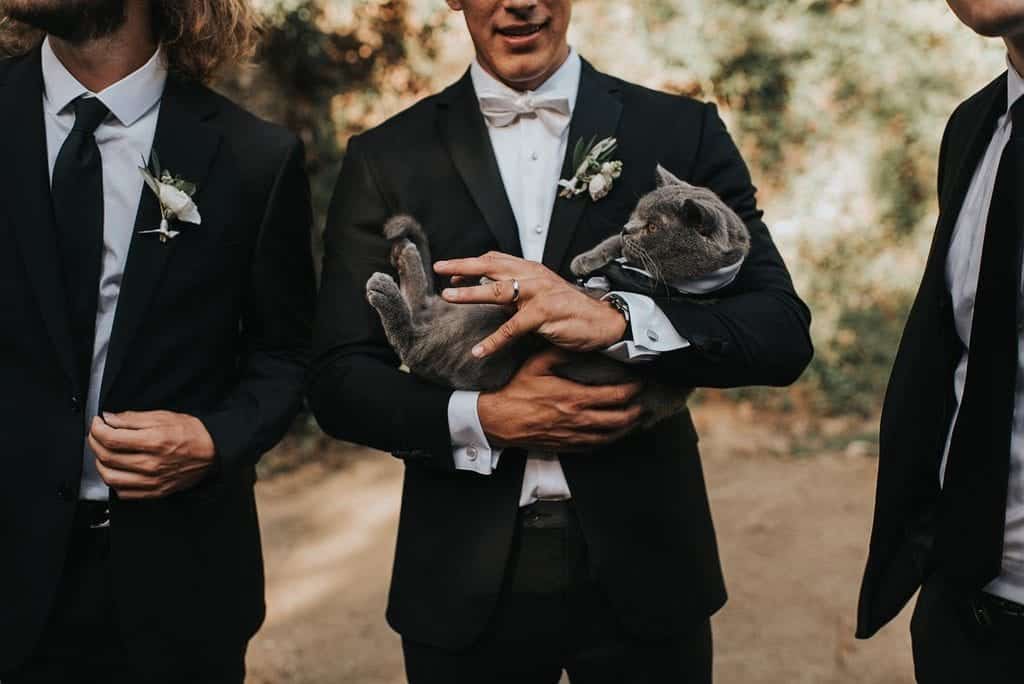 So, what did their wedding guests have to say about the little cat groomsman? Well, it seems he was a hit with everyone!

“He walked down the aisle with all the groomsmen and was dressed in his own suit. They especially loved him during a few of our last dances… People went wild!” 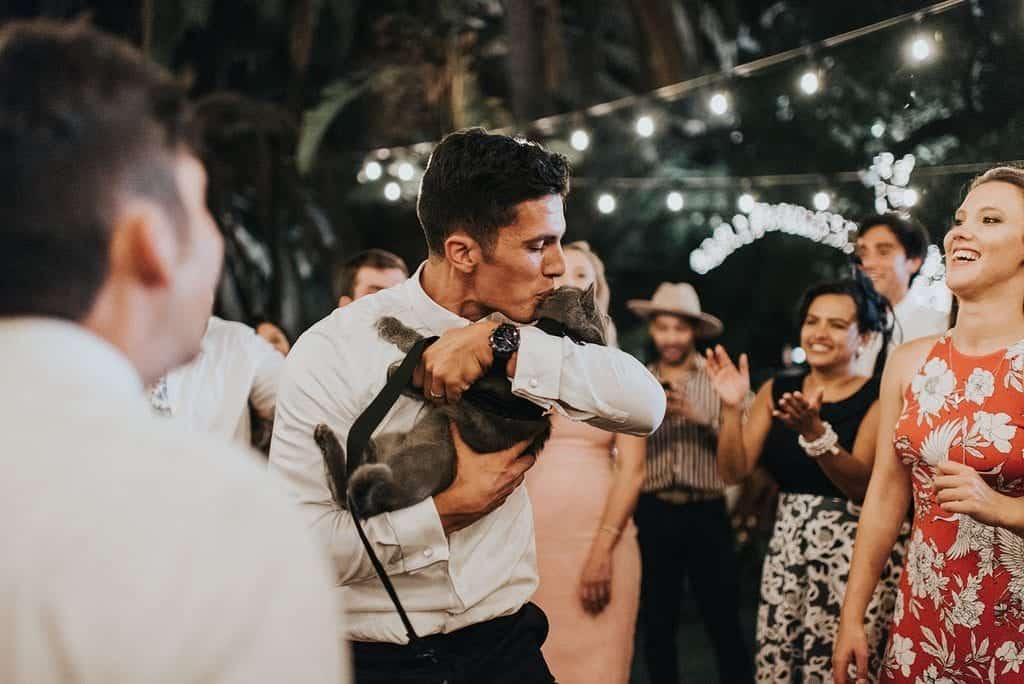 One wedding guest tells Good Morning America that she wasn’t the least bit surprised to see the British Shorthair there on the Benitez’s special day:

“It was no surprise to see Prince Michael as Aaron’s groomsmen on his wedding day…Prince Michael is calm and loyal — just the kind of man you want standing next to you on your biggest day of your life.”

Well, although this is a first, I must say, Prince Michael seemed like the purrfect touch for their big day. Here’s to many more memories together!

Did you think that Prince Michael and his cat dad, Aaron, looked strangely familiar? That’s because you’ve likely seen them together on their popular YouTube Channel, Aaron’s Animals! It seems that Prince Michael was made to be a star, and show people everywhere that cats are effortlessly cool!