Cat Lover In California Transforms His Home Into A Feline Paradise

I think it goes without saying that if you’re reading this, then you really love cats. For many of us cat owners, we do whatever we can to make our cats feel comfortable in our homes. Peter Cohen had always been a lover of dogs. That is, until two stray cats changed his entire life. In 1988, he and his brother purchased a home in Santa Barbara, California with the full intention of flipping the home. (Little did he know, two cats would plant the seed for the inspiration behind the most amazing feline paradise you’ve ever seen!) 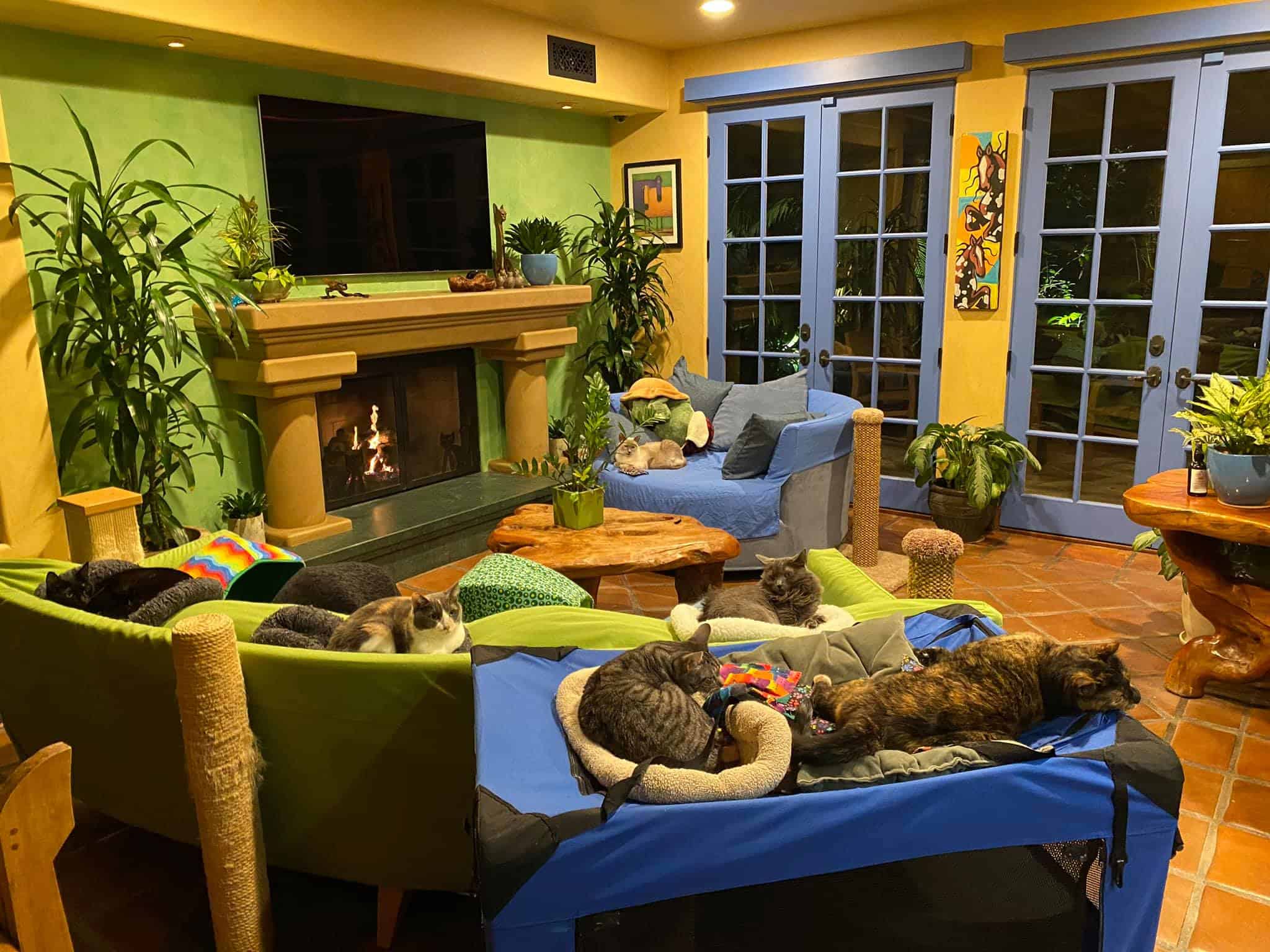 Peter is a good man, and he’s “addicted” to something that is actually making a difference in the world—adopting cats. Over the years, Peter has rescued dozens of cats from shelters. He’s given them the second chances they deserve, and not only this, but he’s used his construction background to completely transform the house he built with his brother into a full-on feline paradise! 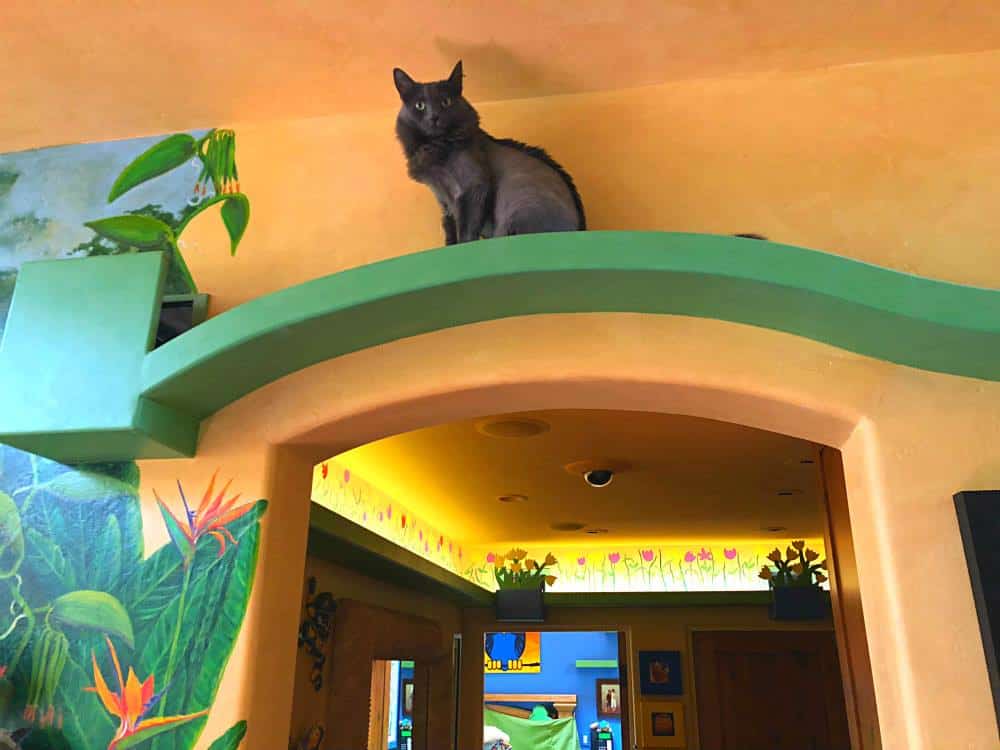 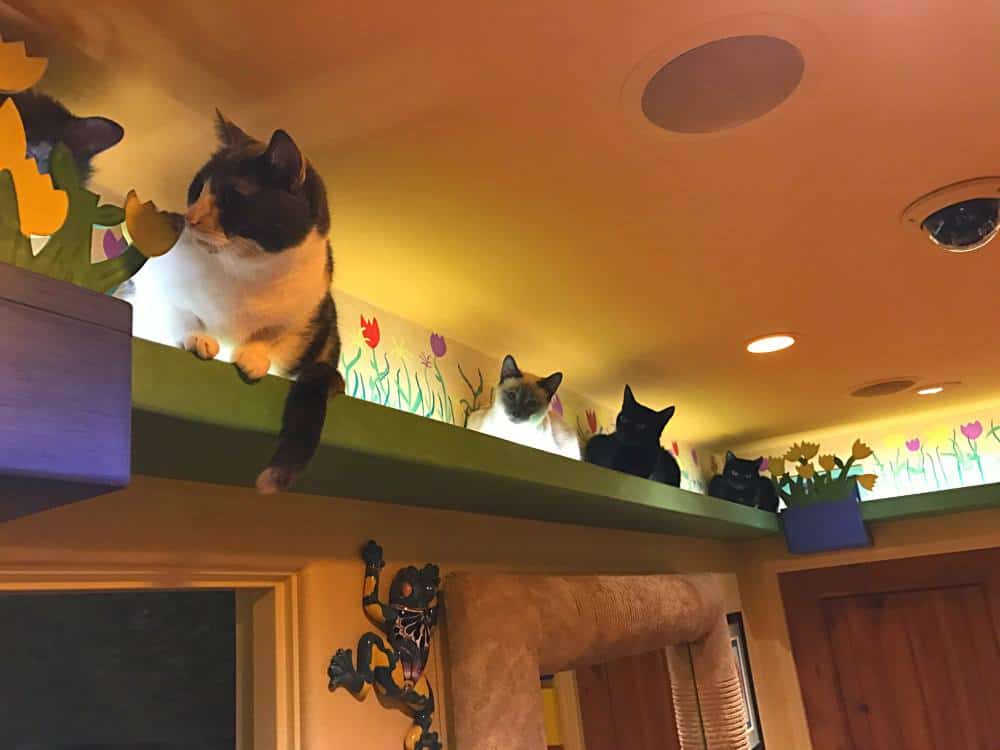 As you can see from these amazing images, this house is purrfect for his 26 feline friends! Over the past 30 years, Peter estimates he’s spent anywhere from $100k-$150k “catifying” the house. It’s complete with 300 feet of catwalks, 15 feet of tunnels, 8 bridges, and every room is connected in multiple ways.

House of Nekko pays homage to Peter’s time spent in Japan, with the word “nekko” translating to “cat” in Japanese. 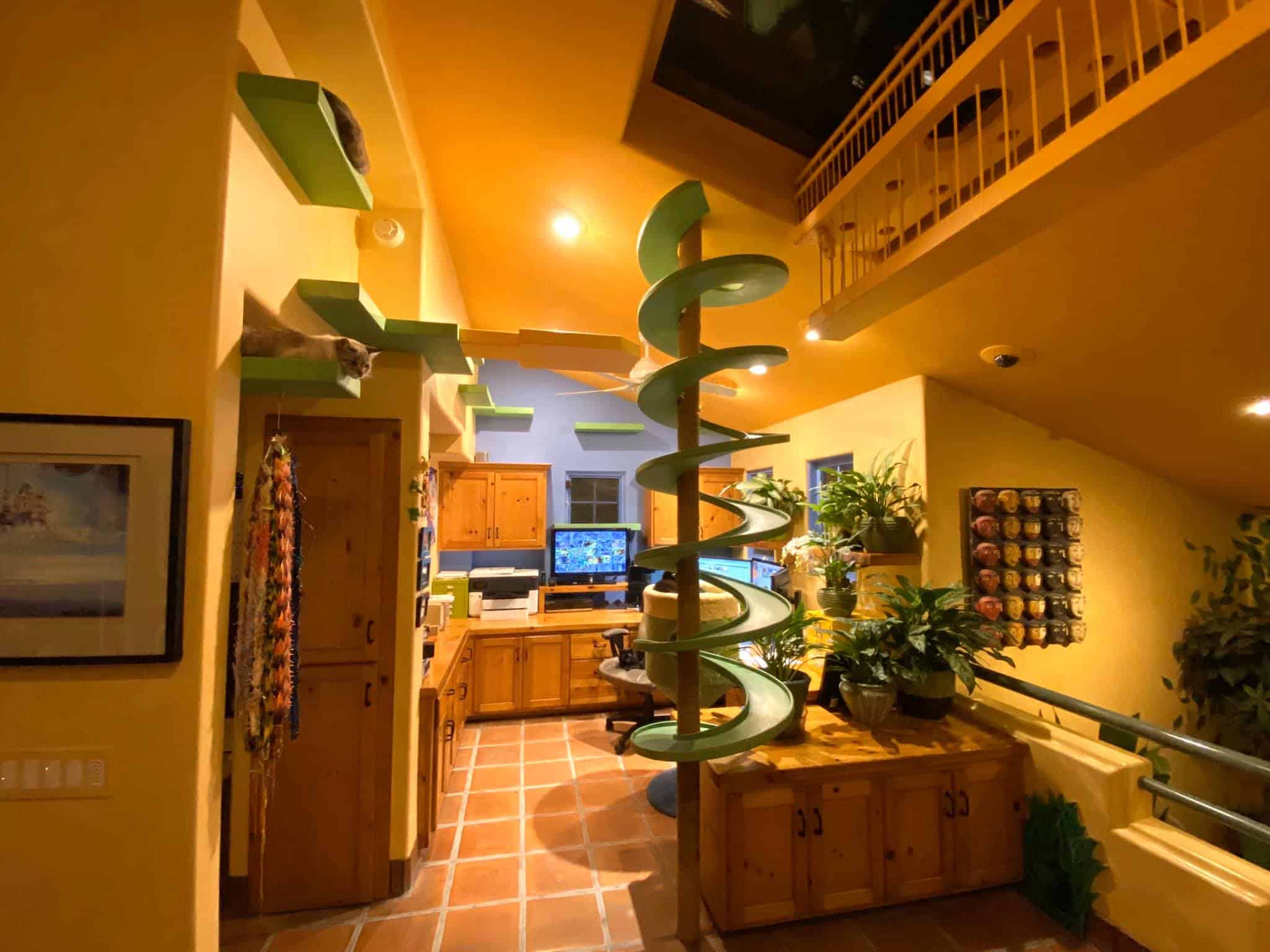 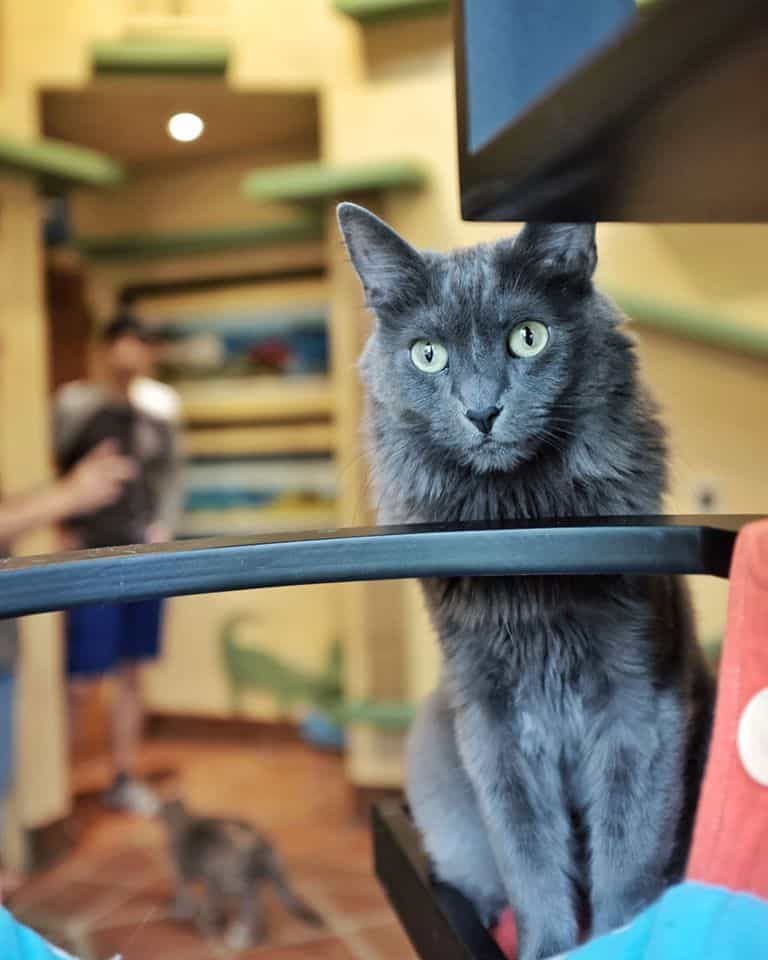 “When people hear that I have this many cats, they literally think I’m crazy,” Cohen shared with Yahoo Lifestyle. “And I believe they imagine a very dirty, crowded, smelly house and when they come to visit, they’re always surprised that’s not what they see.”

Check out the video of Peter talking about his Feline Paradise—AKA House of Nekko—and the inspiration behind Zen By Cat!

Not only has Peter given his many cats their best lives ever, but he’s doing his part to help cats suffering from FIP. Through his Zen By Cat brand and his nonprofit organization, he’s spreading awareness and allowing his subscribers to become “FIP Warriors” through their subscription. PetMD.com shares what FIP is, in case any of you cat lovers are unfamiliar with it:

Feline infectious peritonitis (FIP) is a viral disease that occurs worldwide in wild and domestic cats. It is caused by a type of virus called a coronavirus, which tends to attack the cells of the intestinal wall. 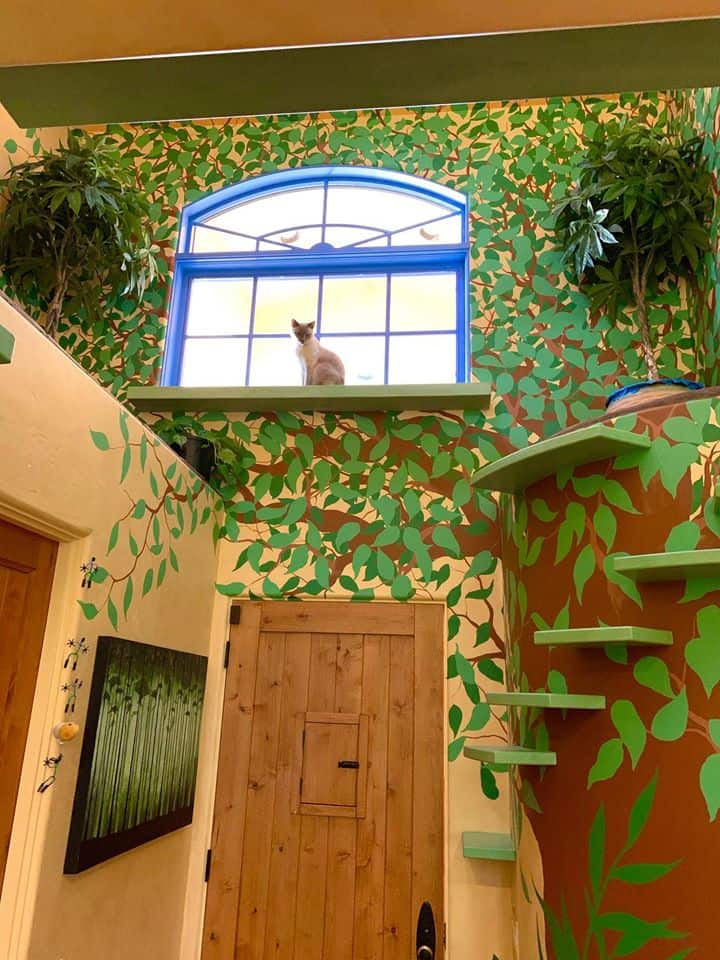 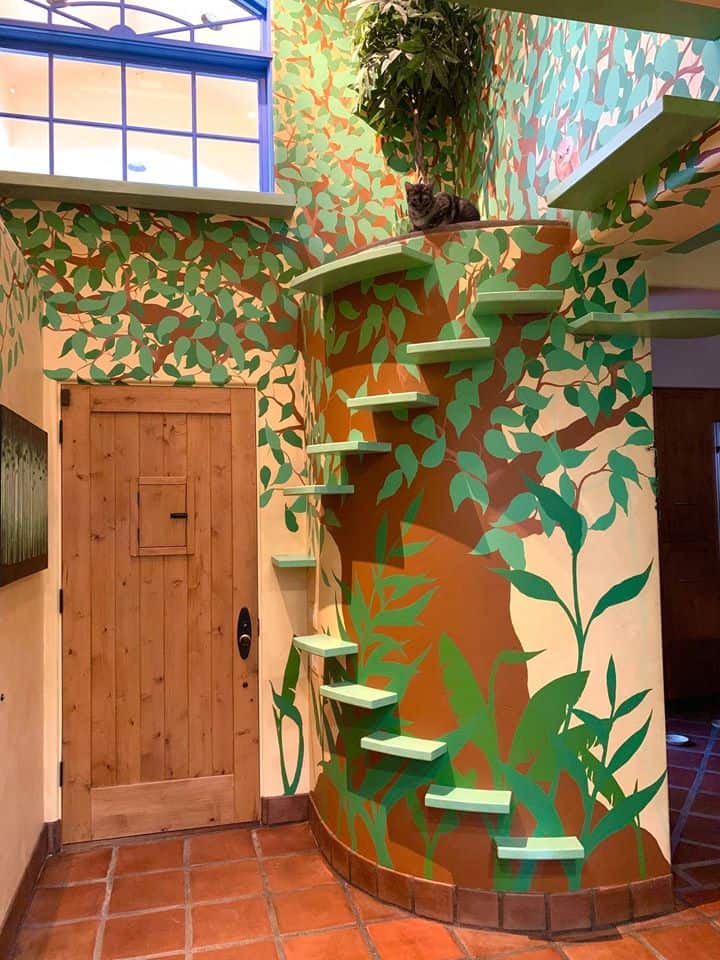 And what’s even cooler, is that Peter is pleased to share his feline companions with the entire world. Check out his live feed kitten camera from the House of Nekko!

As you can see, these cats are all living a comfortable life with a human that thinks the world of each and every one of them. If only every cat could be so lucky to be rescued by Peter.

What do you think your kitties would think of this feline paradise? I know mine would absolutely love it!

Follow Zen By Cat on Facebook to see this super cool house and its kitties everyday! You can also find Zen By Cat on Instagram, too.

All Images Courtesy of Zen By Cat – Peter Cohen