Cat Returns Home With Threatening Letter From Neighbor On His Collar

For cats that are permitted to travel outdoors, they often like to go explore their surroundings. Cats are curious by nature, and sometimes their curiosity can lead them straight over to other people’s houses. Sadly, as we know, not everyone is a fan of cats. And this happens for a number of reasons. Sometimes cats will dig up a neighbor’s flowerbed, or perhaps spray, and sometimes, they might even waltz right in their home as if it’s their own. 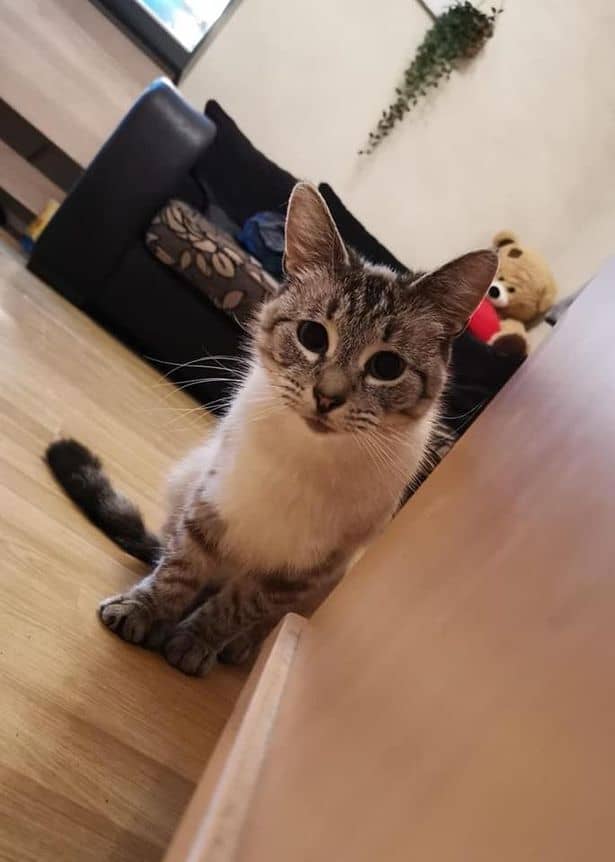 For Gandalf, his curious nature has his owners deeply concerned, and one neighbor, clearly ticked off.

Recently Gandalf returned home from an outing in his neighborhood where he lives in Bridgend, South Wales. But this time, there was something rather peculiar fastened to his neck. Around his collar, and on part of his pretty fur, was an angry note written in all capital letters stuffed into a plastic bag.

The four-year-old Bengal and Russian Blue mix often goes out and explores and his humans think nothing of it. But, as I mentioned above, not all people are fans of cats.

The note inside the bag was three pages long, written in all caps, detailing Gandalf’s antics…as well as the neighbor’s plans for Gandalf should he decide to wander into their home again… 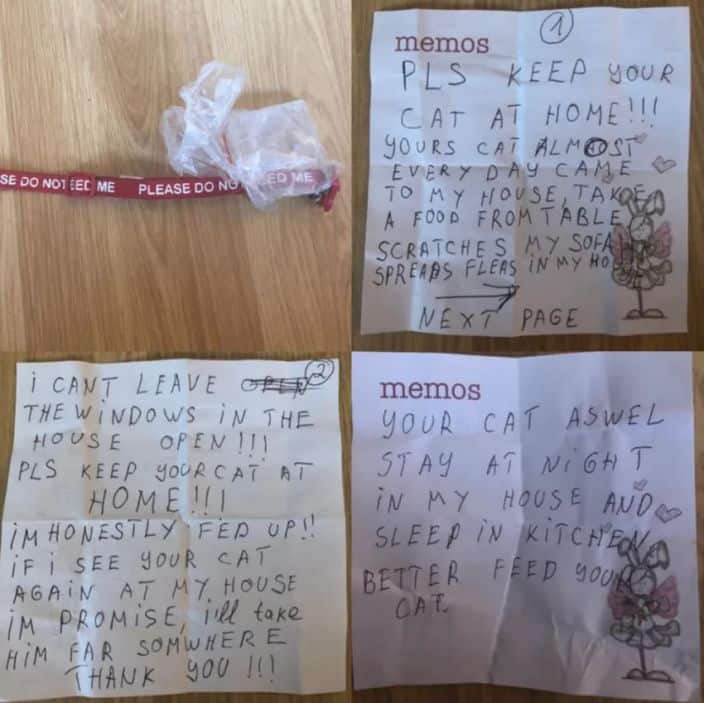 (The details of the note for those of you who cannot read the image are as follows: “Please keep your cat at home. Your cat almost every day comes to my house, takes food from the table, scratches my sofa, spreads fleas in my house. I can’t leave the windows in the house open. I’m honestly fed up. If I see your cat again at my house I promise I’ll take him far somewhere. Your cat as well stays overnight in my house and sleeps in the kitchen. You better feed your cat.”)

Gandalf’s owners recently switched their cat’s collar to the one above with the feeding message when they noticed their kitty was starting to look a little heavier than usual. They do not know who exactly wrote this message, but they are concerned enough to keep Gandalf strictly indoors moving forward. Which, if you ask me given the circumstances, is a bright idea. Not to mention in his best interest. 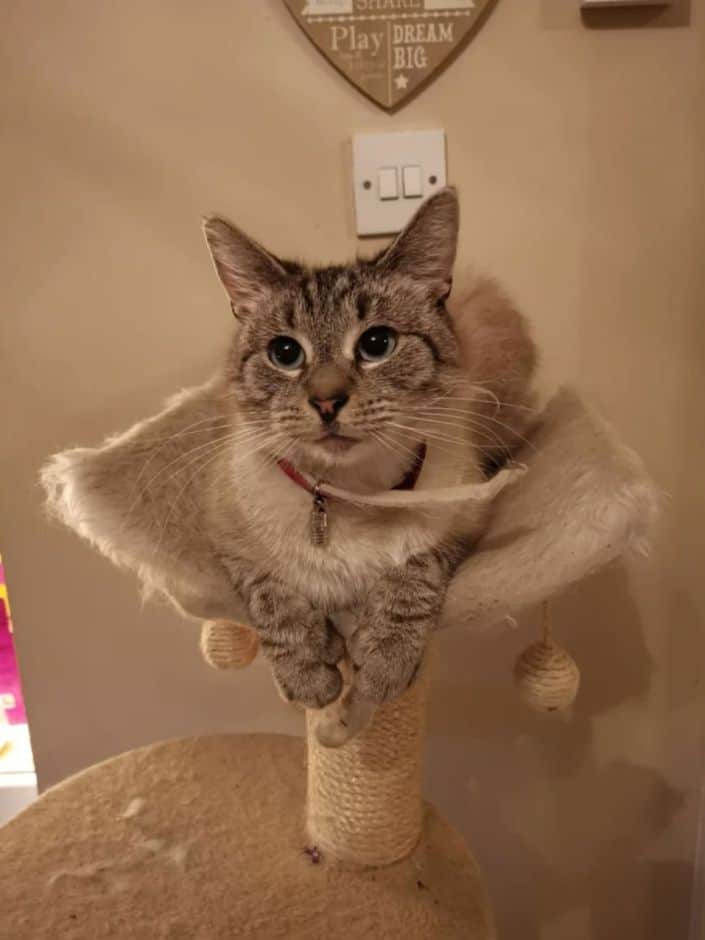 While this note is scary, the thought of the neighbor carrying out such threats on sweet Gandalf is far worse.

“He is a bit of a nosy cat, he goes out and he does his rounds, as cats do. People know who he is in the area, he is very sociable and loves people. Even if he does visit people, we have never had any complaints about him before. He spends nights and evenings in our house. He has a lovely character and me and my girlfriend have never had issues with him scratching our furniture.”

Metro UK reports that Chris and his girlfriend who live together and co-own Gandalf wish the author of the note would have left a return address so they could speak in person. They understand that their cat’s behavior could be imposing, and that, “it is cheeky of him to enter someone else’s home but we also have had no knowledge or control over this up until now, he will now have to be kept inside for the rest of our time living here.”

Tips To Mask The Cat Smell In Your Home