We know that having your cat spayed or neutered is one of the best things that you can do for them. And not just for your own cat, but to help control the amount of unwanted cat litters born each and every day across the world. When you have your male cat neutered, it helps in a number of ways to benefit their health. During the procedure, both testicles are removed carefully through a small incision in the skin of the scrotum. This aids in the reduction of sexual behavior in male cats, which is not something you want to have to deal with, trust me. Cat spraying is also greatly reduced, which any cat owner can tell you, is not fun to deal with. Especially when it’s on your favorite couch or freshly-painted wall in your dining room…

MedicAnimal.com details the many benefits of neutering a male cat:

Cats are territorial beings as we know, so they use spraying as a means to mark their territory and also for sexual marking purposes. Remember, this is much different from the reasons why cats will avoid the litter box. This feline behavior could have something to do with their health, but remember that it’s hardwired into their DNA to behave territorially. And, as we know, some cats are far more territorial than others. If your cat is spraying after being fixed, this is something you will want to address with your veterinarian.

Interesting intact male feral cat fact: Have you ever noticed the large, blocky head on those feral cats that you see? That big head and thick neck you see is a result of high testosterone levels. Their bodies are often much more muscular too as they often fight for survival against other feral cats.

Notice the large head and neck of this feral male cat

What is Cat Spraying?

When a cat sprays, this is when a small amount of urine sprays out to mark a territory. Often times, the tail will make a quivering motion as the urine is ejected on to the desired vertical surface the cat wishes to spray.

Most of us do not deal with cat spraying regularly as we have our cats neutered as younger kittens before they reach sexual maturity. But, does that mean that cats can no longer spray after neutered? Well, the answer might surprise you…

Dr. Kathryn Primm of Applebrook Animal Hospital shared with us some interesting information that many will find rather surprising:

“The answer is yes, they can and many do! Sexual marking is only one of the reasons that cats spray. Even female cats can spray.” 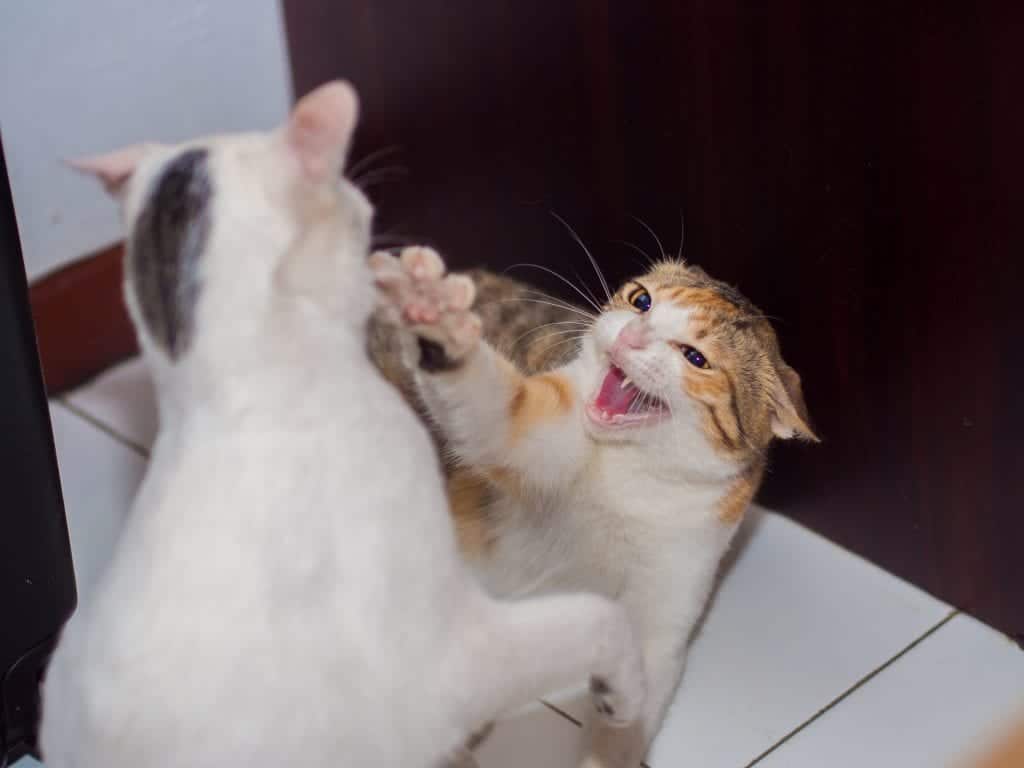 It is always important to practice patience and slowly introduce new felines to reduce the likeliness of upset cats reacting like, well, cats!

As we know, cats are not fans of change. Have you recently added to your clowder of kitties and your existing cat has started spraying as a result? As mentioned above, cats are territorial beings. They like change strictly on their terms and they cannot protest by way of meows. Therefore, they rely on other means to object to the presence of a new cat encroaching on all their precious things in their home. 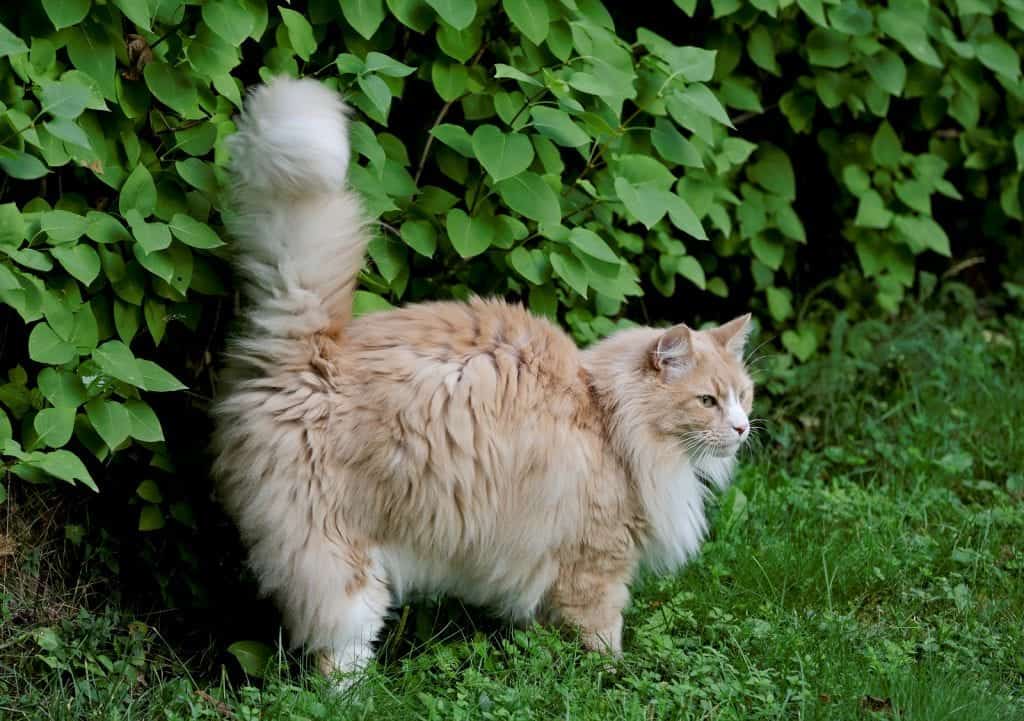 Think of How Your Cat is Feeling

My cat Tom is 6 lbs of I’ll kick your ass but also a nervous wreck. So, he likes to find ways to keep himself calm. I’ve taken notice when I approach him and he is feeling content, his tail will quiver. (Thankfully, no spraying occurs concurrently when this happens!) As a person who is rather knowledgeable on felines, I know that he is doing this as a sign of content and that it makes him feel at ease.

Did you know that cat spraying often comes as a result of your cat trying to help calm themselves from stress and anxiety? For some cats, cat spraying is something that they do to make themselves feel more secure. Unlike you, your cat doesn’t see the urine smell as offensive. He/She is simply doing it because it makes them feel relaxed and less stressed.

Stress and change are huge contributors for cat spraying in felines which have been fixed. It’s important to get to the root of the cause so that you can remedy the situation as quickly as possible. 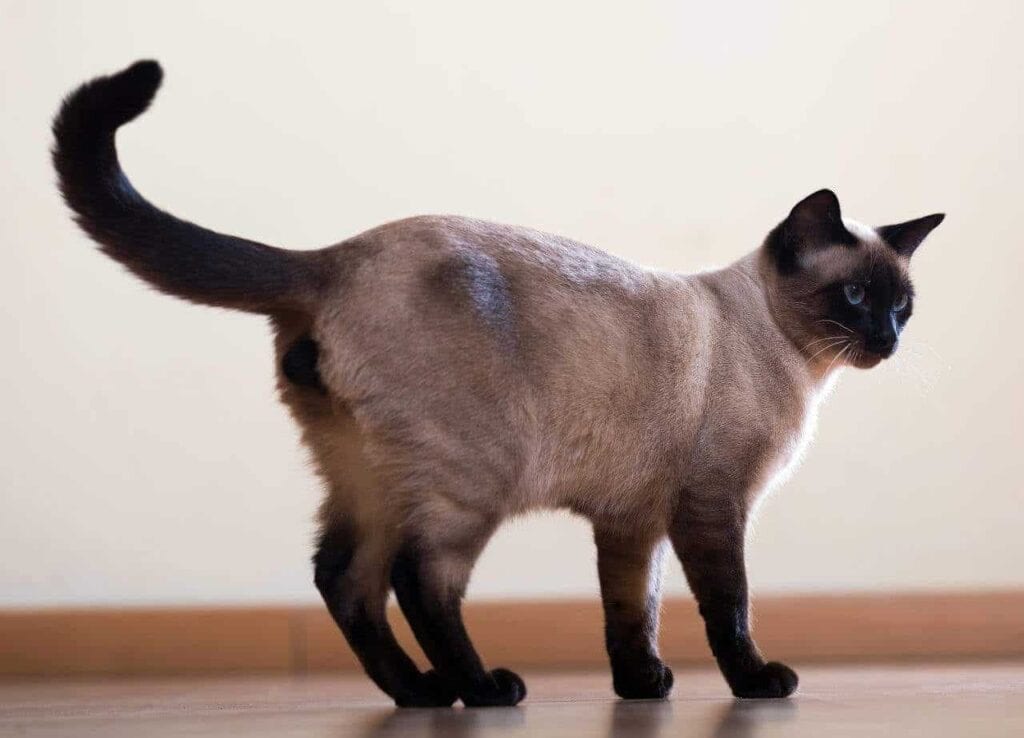 You’ll want to make their home environment the most calming place possible, and there is an over the counter spray deterrent solution that’s affordable should you be interested.

Know any cat owners who could benefit from reading this? Don’t forget to share it with them!

Meet Lotus The Maine Coon: A Giant Ball Of Fluff And Sweetness