Home Cat Behavior Are Cats Actually Naughty? Give Your Cat An Egg And See For Yourself
Cat BehaviorCat NewsCats

Cats can be total haters sometimes. I love them more than life itself…even when they don’t always love me back. Cats make you earn everything. At times, it’s a tad frustrating. But we always come back for more because as cat lovers we just can’t help ourselves. You must admit, sometimes cats can truly be jerks. But it’s in their nature to be curious, so a lot of this isn’t because they want to shatter your flower vase or knock over your cup of water on purpose. 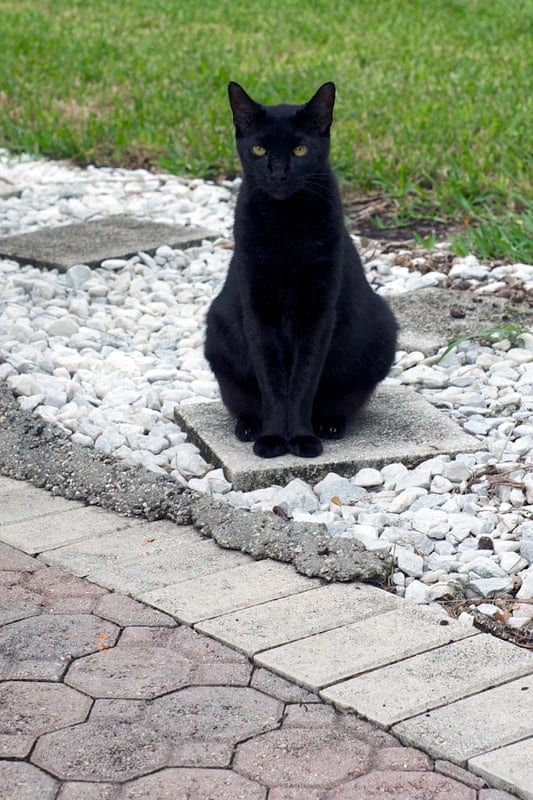 Sometimes, any square will do!

A few years back, a trend to “trap a cat” in tape squares became popular. But that one doesn’t seem too tricky to decode because most cardboard boxes are square and total kryptonite for cats. Now, it seems that cats and eggs is a thing. Clearly our “stay safe, stay at home” boredom has gotten to the best of us cat owners!

TitTok user @Anna discovered a new and interesting phenomenon that has cat owners everywhere curious to see if their cats are actually jerks. Or, gasp, do they actually care to protect precious things, like a fragile egg?

Of course, just as any curious cat owner would, I had to see for myself what this cats and eggs hype was all about.

And thankfully, I have two loyal subjects with which to experiment on. Tom, my sweet little ginger, and Pepper, AKA Pepper the Prick, who always has tricks up his sleeve. And by tricks, usually I mean plans to force Tom to play with him against his will. A little rough house is fine and dandy with cat housemates, but the only thing is that Tom is five pounds and Pepper is 15 so it’s not exactly the fairest of fights. We set ourselves up in a bathroom with good lighting to see for ourselves if cats are jerks or if they’ll protect their eggs as Anna from TikTok suggests. 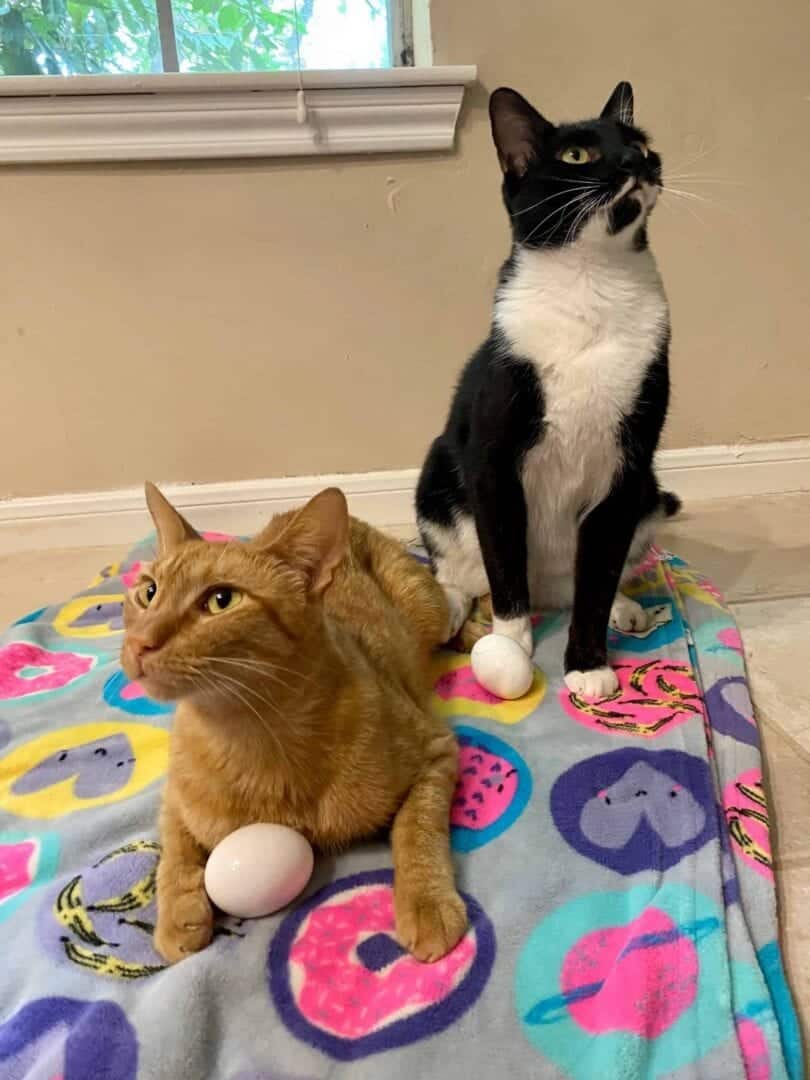 Clearly spry Pepper was completely disinterested with my egg game and thought to play with the blind cord and watch the rustling tree branches instead. That is, when he wasn’t planning sneak attacks on wary Tom. You can see my daughter holding him back from his urges. Tom’s ears a clear indication of impending doom. 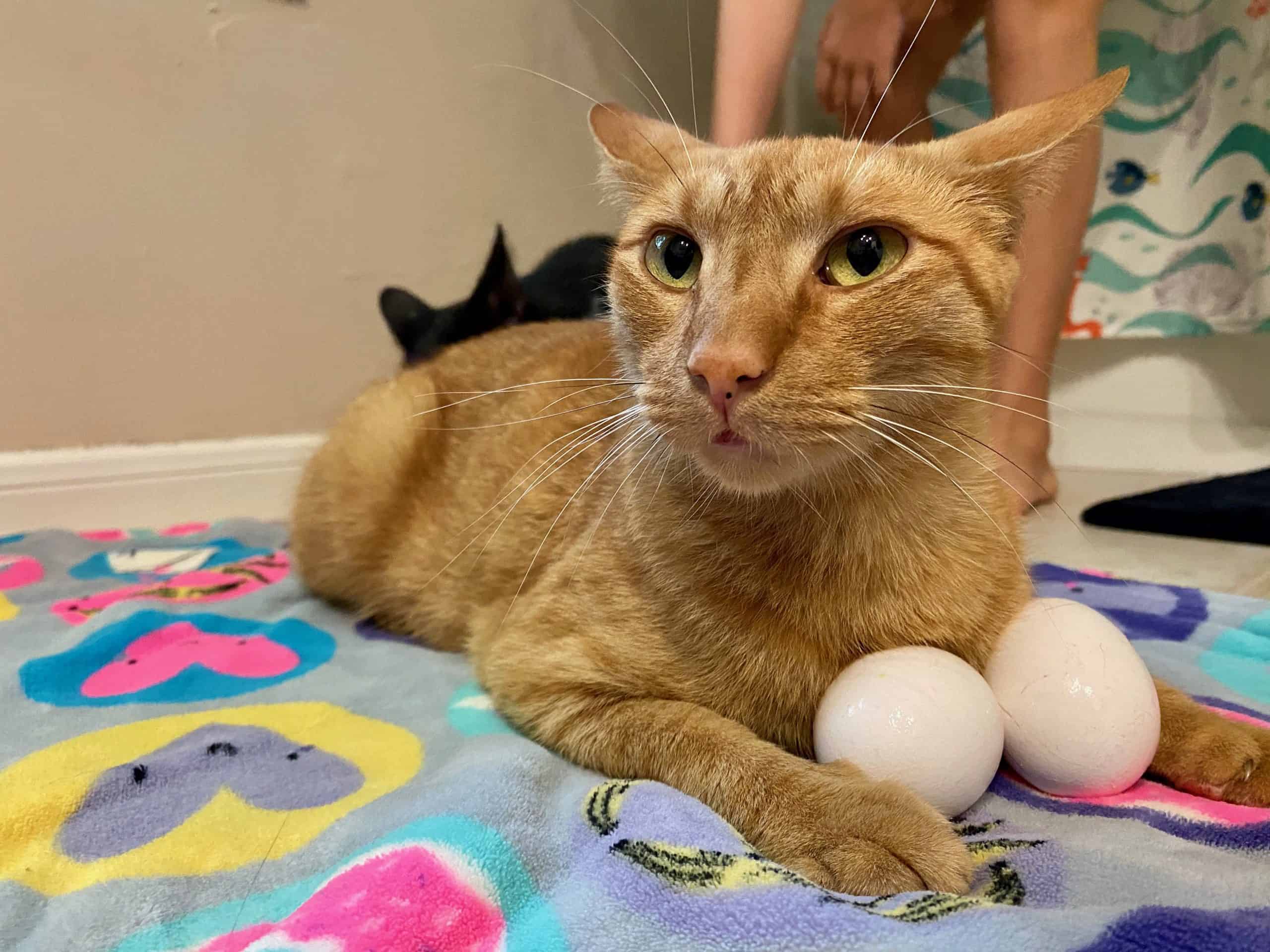 Tom amazed me with his calmness, and the way in which he just chilled out with his little egg on his paws. He didn’t even try to move! Which, for a neurotic mess like he is, I’m quite surprised he didn’t spring into the air when I set it on him. Perhaps this Anna girl is onto something… 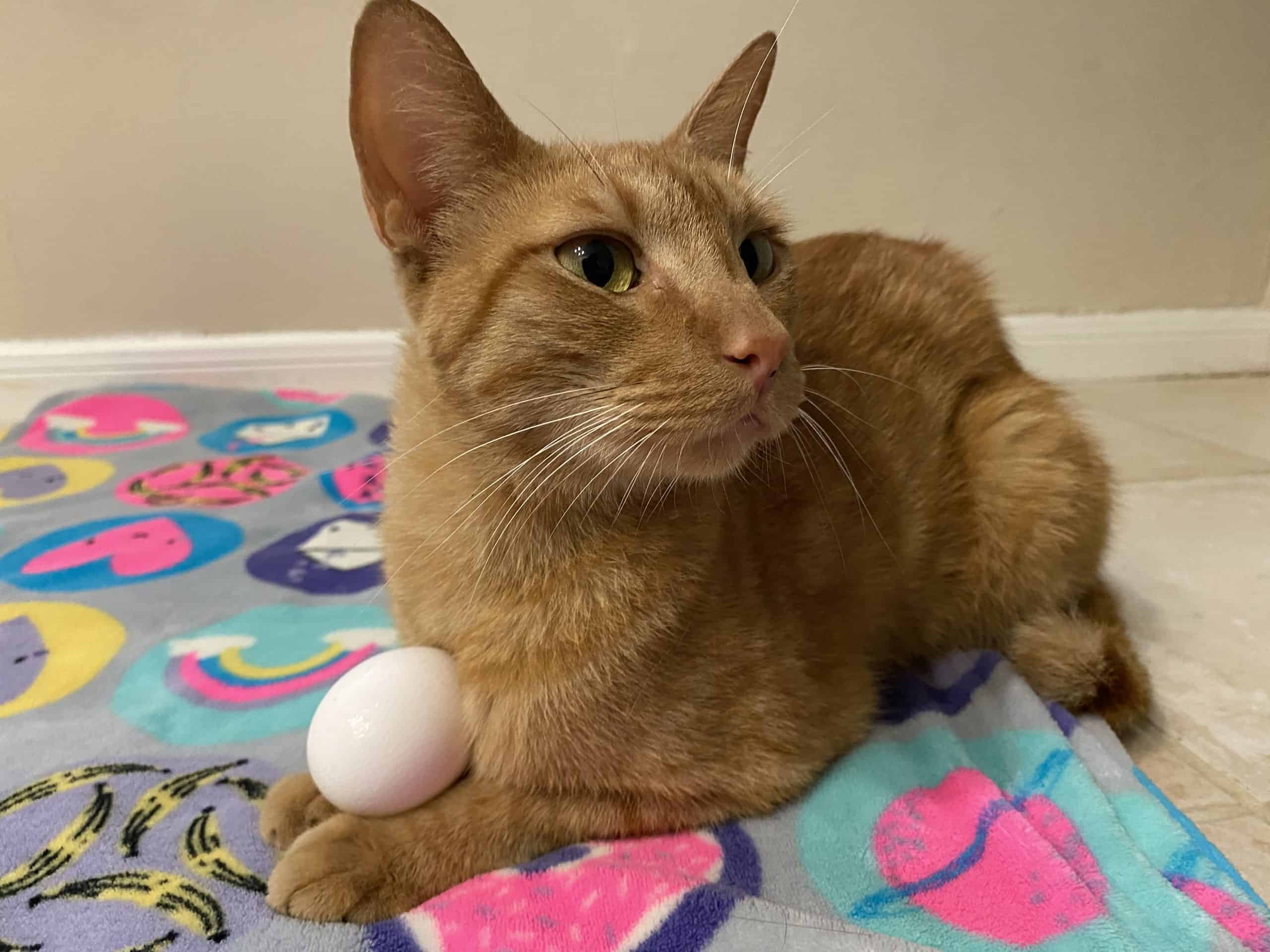 Tom handled his cats and eggs business very well—even with double eggs! And, as we’ve seen from some other cats, they took to safeguarding their eggs—and some didn’t even want to return it!

Pepper was Pepper, and quick to send that egg flying should I not be fast enough to retrieve it. After all, he’s the King of Cattitude. I wouldn’t expect anything less! 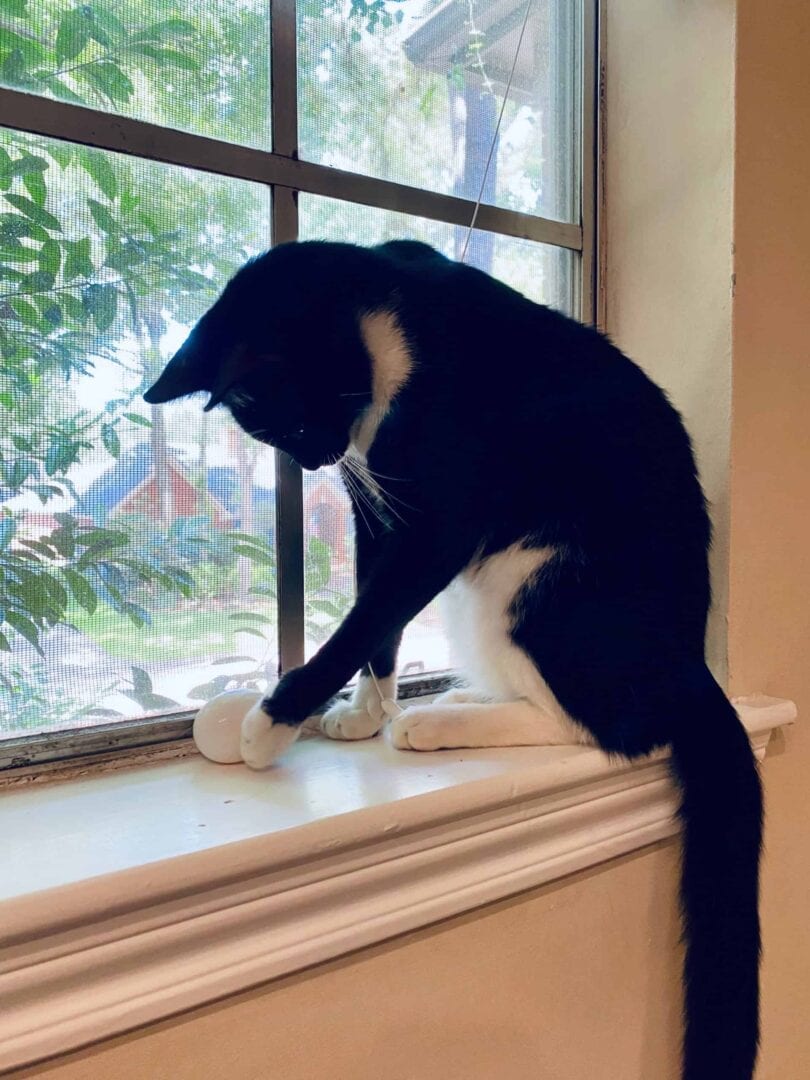 But, it seems when I had Pepper do his Buddha sit on my lap, he was much more inclined to entertain my cats and eggs challenge antics! 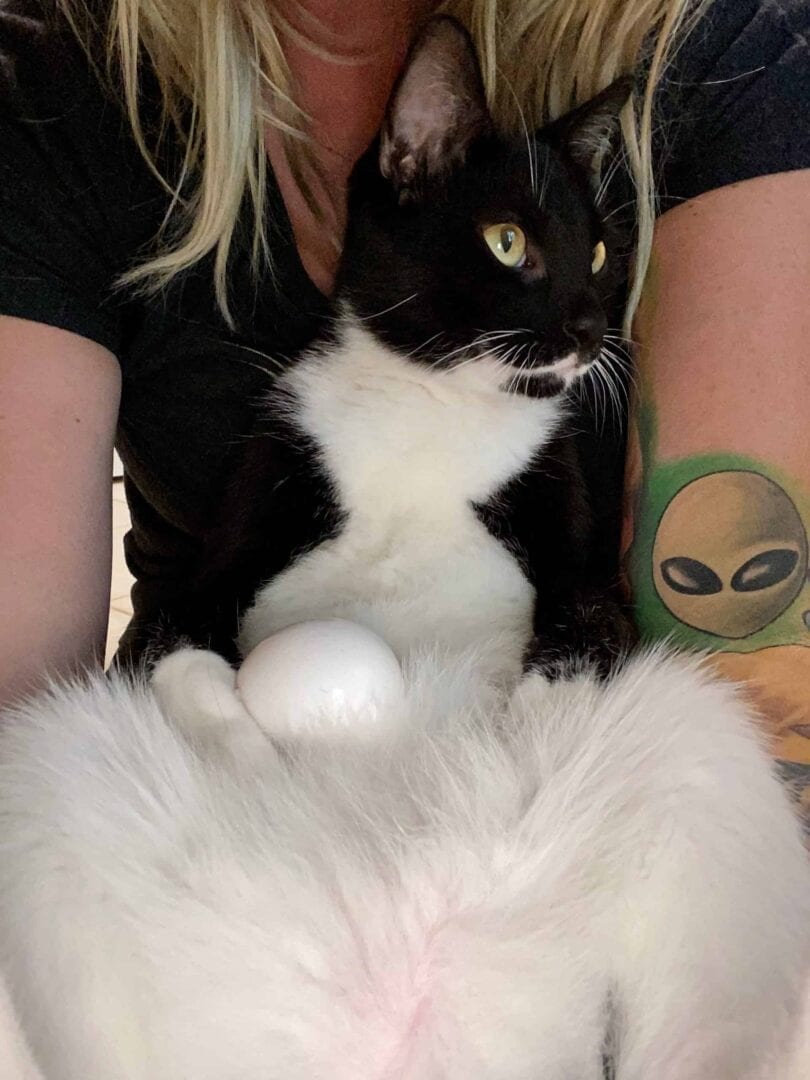 So, cat lovers, the choice is yours. Do you think your cat would be a jerk if you were to give them an egg? There’s only one way to to find out!