I’ve always believed that cats have a sixth sense so to speak. Cats are excellent judges of character, but this goes far beyond that. Think what you will, but spirits or ghosts or what have you must be real in a sense or there would be a lot of explaining to do for the countless individuals who have claimed to interact with them. But what about our feline friends? Do you believe that cats have the ability to sense spirits? Let’s dive in and see. And of, course, if you have a story of your own, I’d love to hear it!

While cats cannot see entirely in the dark, cats do have the ability to see in low lighting due to their eye structure. Our feline friends are far more nearsighted than we humans are, but their vision in darker light and UV light is incredible in comparison to ours. In 2014, researchers in England discovered that cats are “sensitive to and can perceive UV light.”

When it comes to hearing, your cat’s ears are like tiny satellite dishes with the ability to detect even the smallest sounds. Thanks to those cat ear slits and pockets, your cat is gifted with supersonic hearing that’s unparalleled. The fact is, Your cat’s hearing is 5x superior to yours, and the best of any domesticated animal. 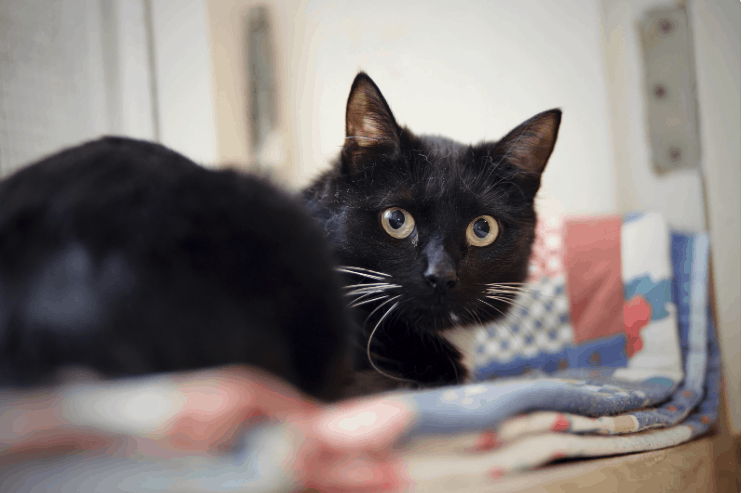 Remember those whiskers? They serve to detect even the slightest movements, spirit or not…

The average house cat has 24 whiskers on their face. These whiskers are deeply embedded and because of this your cat can literally feel movement in the air. When catching a predator, your cat’s whiskers will actually sweep forward to sense the movement as their vision lacks significantly in close range.

We know that cats can suddenly get the zoomies, but this is entirely different. It’s suggested that cats can sense spirits based on the following erratic behavior:

Your cat is suddenly running around the room, as if they are running away from something or someone

Your cat will stare at something for extended periods of time, not breaking that stare as if they are fixated on an object in which you cannot pinpoint/see

If you hear an unsettling noise, your cat is beside you watching and not seeking out that strange noise

Your cat seems startled by basic actions, such as the opening and closing of doors or shutting of cabinets or drawers

Their eyes seem to follow a pattern, moving strangely

Your feline friend is suddenly startled or frightened for no reason, and will retreat to a safe place in your home The story of Oscar the cat, AKA the hospice cat, at one Rhode Island nursing home…

Oscar the cat has an incredible story, and proves that cats do, in fact, have a sixth sense. This is a story that was so profound and unexplainable, that Dr. David Dosa, a health researcher at Brown University and a geriatrician working with patients at the Steere House, actually wrote an entire book about it. When Oscar first came to reside at the Steere House in 2005, he was initially timid and prefered hiding:

“He wouldn’t really like to come out. He would keep to himself. Often times you’d find him in the supply closet or under a bed somewhere and it wasn’t really until somebody was near death that Oscar would sort of come out front and center.” — Dr. David Dosa 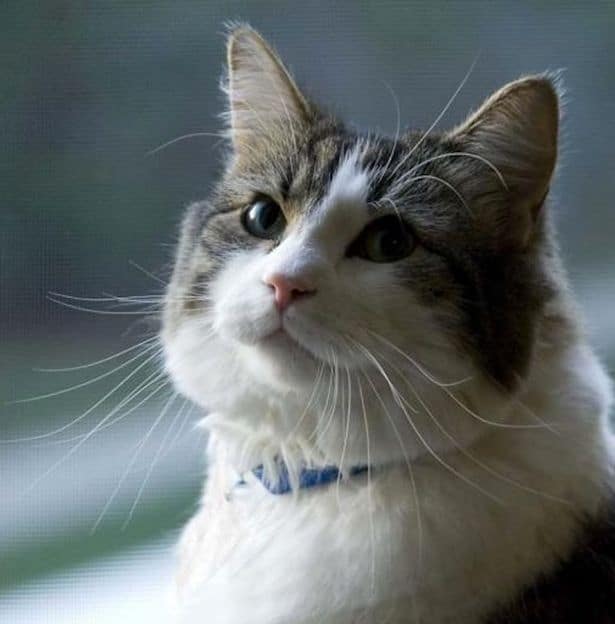 Shortly after, Oscar started coming out of his shell and began choosing patients to go with he knew that needed him the most. And by needed, it was these individuals who were literally about to make their passage to the other side. According to The Mirror, Oscar’s gift was first revealed in an article in the New England Journal of Medicine in 2007 and since then he is believed to have presided over the deaths of around 100 people.

Ultimately, it’s up to you to determine if you think your cat has the ability to sense spirits or see ghosts. For myself personally, I absolutely believe it 100% given my life experiences. But in the end, you will have to be the judge. All I can say is that your cat’s strange or erratic behavior might have a motive sometimes…👻 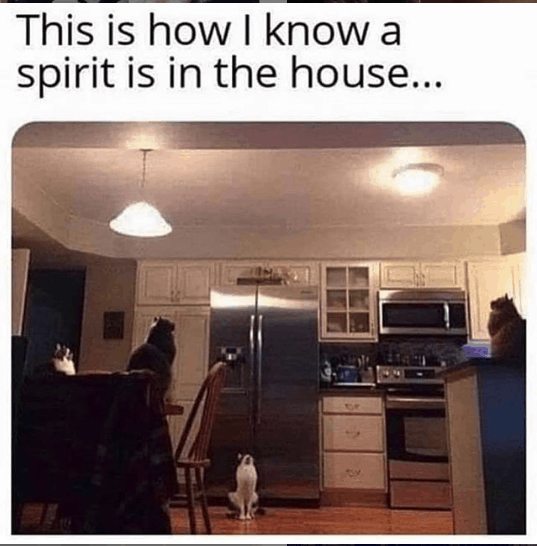