Do Ragdoll Cats Actually Go Limp When You Pick Them Up?

If you’ve ever wondered why on earth it is that we call this fluffy breed of cat a Ragdoll, well, then you’ve never held one before! This breed of cat got its name for their tendency to go limp when you hold them. And it’s why many refer to these fluffy felines as floppy cats.

But, do all Ragdoll cats actually go limp when you pick them up? 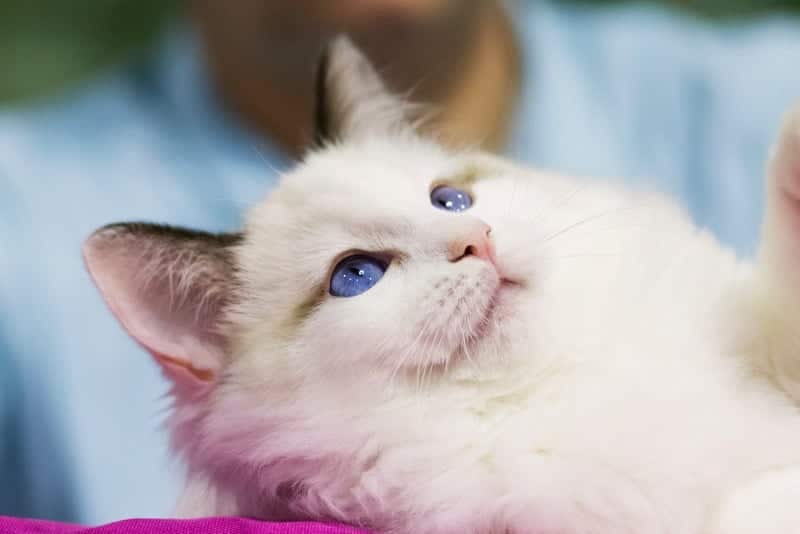 Just as cats are, each cat is an individual and there will be purebred Ragdoll cats that don’t go floppy. Of course, they got their name for this reason. But some Ragdoll cat breeders feel this is a bit oversold. That being said, Ragdoll cats will flop in varying degrees. You’ve got your super floppers, some who simply go limp, and others that aren’t even that crazy about being held.

This cat below you could definitely define as your classic Ragdoll floppy cat. These fluffy cats aren’t all fluff, either. Most cats of this breed, even females, generally weigh at least fifteen pounds. That’s a lot of dead weight to hold in your arms when a Ragdoll cat goes floppy on you! 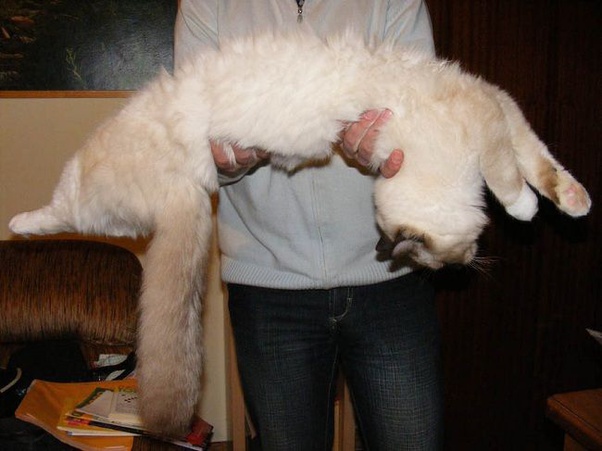 The Ragdoll cat is such a laid-back breed that they usually don’t mind being carried around or held—like you would an actual rag doll. These are cats that love attention and affection so much, they simply go limp when they are cradled happily in your loving arms.

Ann Baker is credited as the creator of the Ragdoll cat breed, with her cat named Josephine officially known as the OG Ragdoll cat. 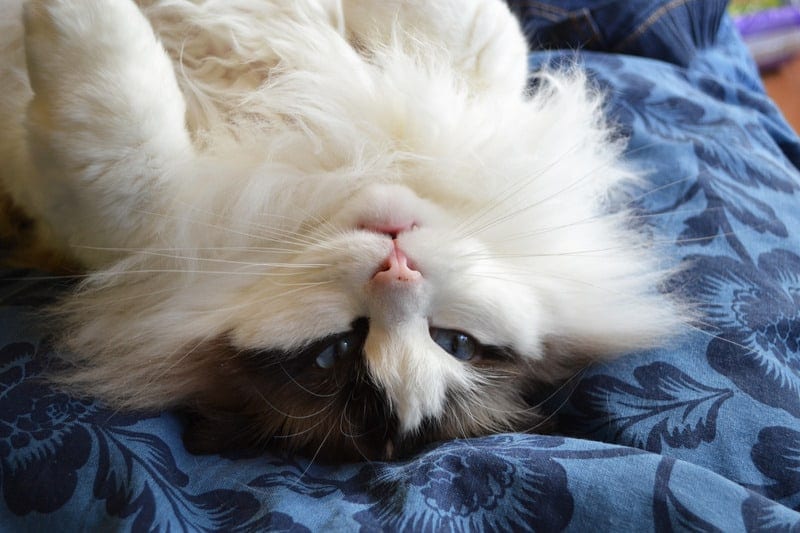 Every ragdoll cat that’s come into the world since is a descendant of Josephine, a pretty white cat that was named this for her sweet and gentle disposition. The very first ragdoll cat, Josephine, was born in Riverside, California in 1963.

These cats are soft-spoken, and not like a Siamese cat that demands to make their presence known. They are gentle and loving, and they don’t feel the need to meow loudly with a desire to be heard. But keep in mind, each cat is an individual. And although they might be a true Ragdoll cat, they can possibly defy their namesake with a displeasure of being held. 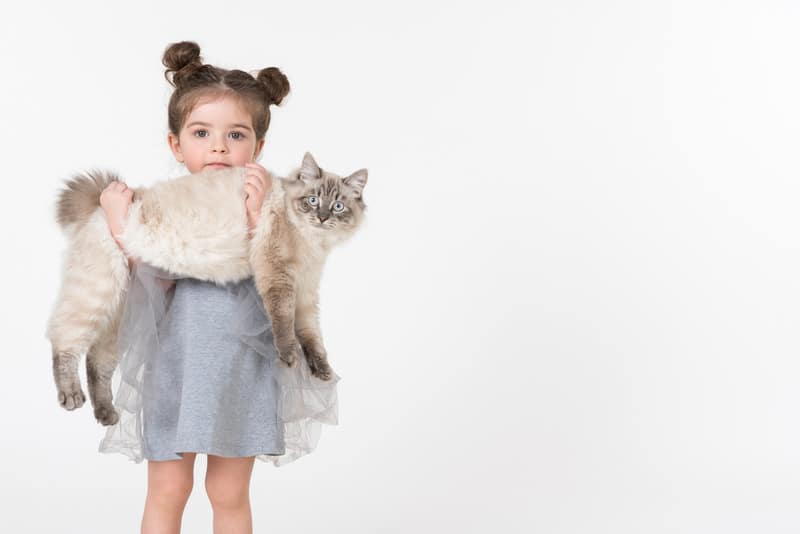 I have one cat that goes limp on me when I hold him, and we jokingly pick him up and say, “Ragdoll? Check!” whenever he goes limp instantly. I recently did a DNA test on him, and as it turns out, he is mostly Ragdoll. Which absolutely explains why he is so docile and goes limp when I pick him up in my arms. The only thing is that he’s 15 lbs so he gets heavy in your arms rather quickly. Let’s see if you can guess which of my cats it is…🤵🏻

Want to learn even more about Ragdoll cats? Read about them here on my website: Feline 411: All About Ragdoll Cats

What Does It Mean When Cats Do The Bread Loaf Position?