I’m sure you already know the meaning, but in case you didn’t know the exact term, a polydactyl cat is a cat which has extra toes on their paws. Ernest Hemingway was a huge fan of these cats, and if you were to visit his home which has been made into a museum in Key West, Florida, you’d see clowders of cats with extra toes roaming all around. 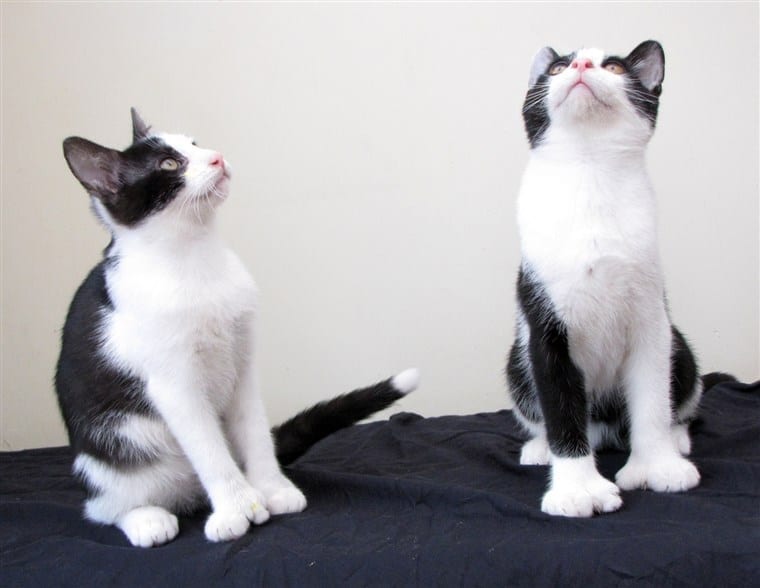 Many people have a soft spot in their hearts for these extra-toed cats. But did you know that there are all sorts of fun facts about polydactyl cats? And since I love sharing cat facts with the world, I’ve rounded up some of the best polydactyl cat facts for you to enjoy!

Polydactyl Cats are Not a Breed

The term for these cats comes from Greek, poly (many) and daktylos (fingers or toes). The big paws that these cats have often makes it appear as if they’re wearing mittens. Which easily explains why so many people call them mitten cats or mitten kittens. “Thumb cats” is another term you might hear. And with all those toebeans of theirs, it should come as no surprise that many cat people are cuckoo for these extra-toed felines.

Image Courtesy of Jake the Polydactyl Cat on Facebook

The average feline has five toes on their front paws and four toes on their back paws for a total of 18 toes. But for Jake, an adorable ginger tabby cat out of Ontario, Canada, he holds the world record as being the cat with the most toes. On September 4, 2002, a veterinarian confirmed this rescue cat as having 28 toes. 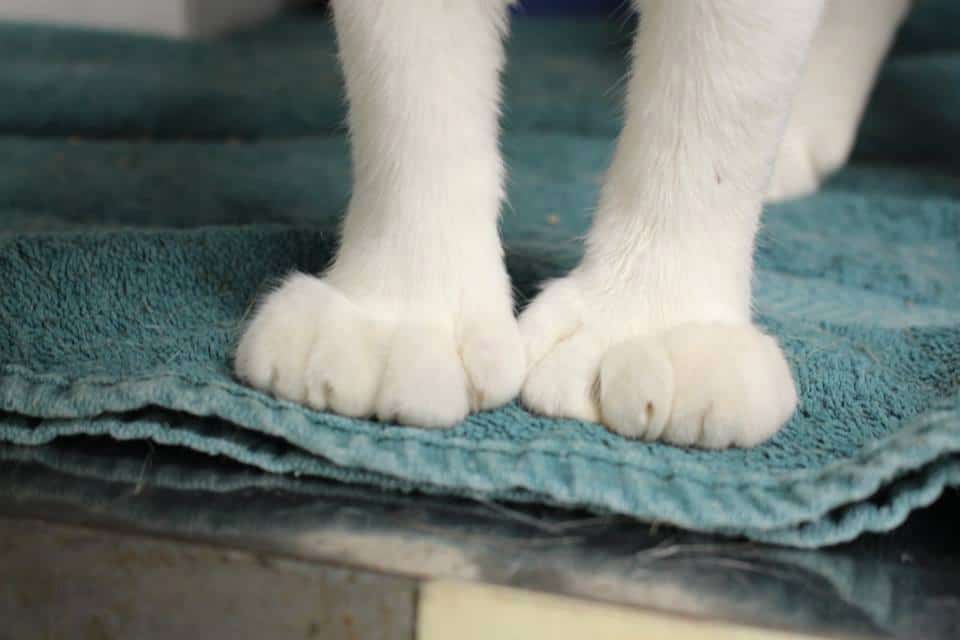 Jake walks around with seven toes on each paw. And although he had a rough start at life, he lives a great life now with his humans and other cat mates at home.

And for Jake the polydactyl cat with 24 toes, his owner told me that he’s “a ‘trip’ and a great cat” and they are so lucky to have him. If you’d like to keep up with 20-toes Jake’s adventures and all around adorableness, you can do so by following him here on Facebook. 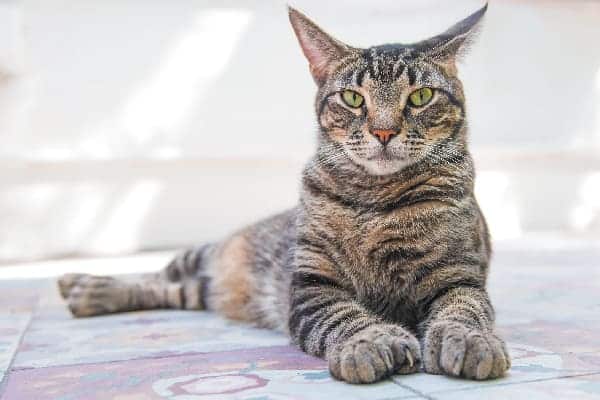 Polydactylism comes as a result of mutant gene (Pd) that is dominant. Cats are not the only mammals to have this condition either. The polydactyl anomaly can also be found in chickens, horses, mice, dogs, and humans. As the gene for polydactylism is dominant, offspring are likely to inherit this condition. And if both of the parents of the offspring are polydactyls, then it’s almost certain that the offspring will inherit the gene.

Although this condition can happen in any breed of cat, it seems that Maine Coons are the breed which polydactyl cats are most common. At one time, as many as 40% of Maine Coon cats were polydactyl. Despite this, many cat fanciers still recognized them and didn’t disqualify them for having the extra toes. And still do not disqualify them for that to this day. 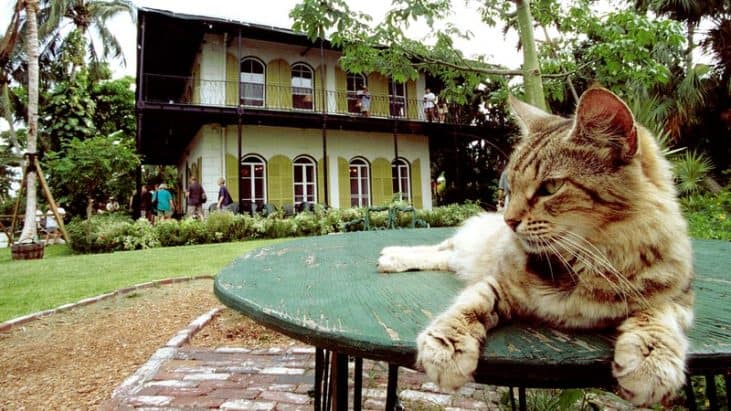 As many know, Ernest Hemingway was a great lover of all things cats, particularly those of the polydactyl kind. Snow White was a little white polydactyl kitten that Ernest received as a present from a ship captain. From then, the author’s fate as the most famous advocate of these extra-toed kitties was forever sealed. His Key West home is a popular tourist attraction today and is kept in pristine condition. The cats not only roam freely, but they spend their days being admired by countless tour goers. 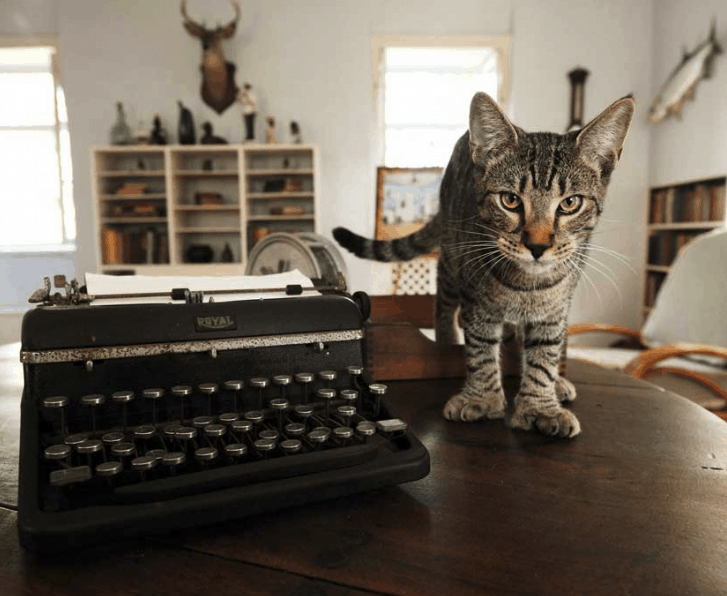 Want to soak up some sun and some felines? We’ll they’ve got enough paws and extra thumbs to go around at the late famous author’s home in the Florida Keys. Polydactyl cats a plenty, roughly 40-50 six-toed cats to be more precise, call this lovely landmark home. Visit their website here for more details.

Polydactyl fun fact: These cats were once considered to be good luck, and often brought onboard ships that went out to sea across the Atlantic. This is likely to explain their widespread presence in Canada, the United States, Wales, and England. These cats were able to get better footing on the high seas given those wider paws. 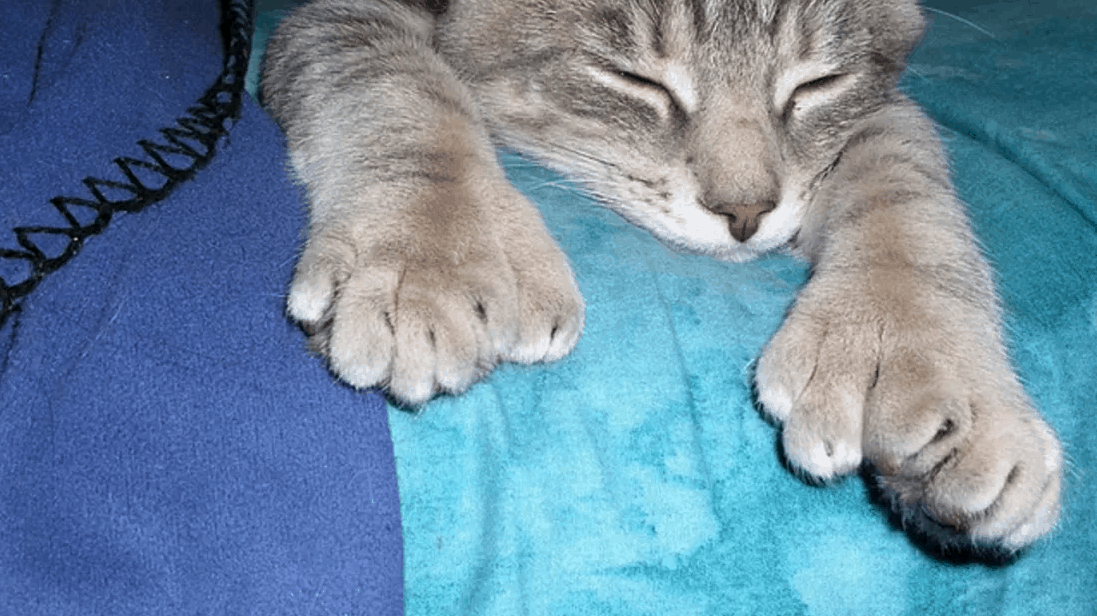 Fun extra-toed history fact for you: President Theodore Roosevelt was also a lover of these cats. He even had a one in the White House. Slippers was a bluish-gray tabby with six toes on each paw, and a favorite among Roosevelt’s many pets. Slippers was so loved by the President, he was allowed to attend formal dinners. He resigned from official duties after his family left the White House in 1909.

Did you learn anything new about our extra-toed feline friends? Share this article with other cat lovers you know so they can learn something, too!

Interesting Facts About Your Cat’s Eyesight