Feline 411: All About The Oriental Shorthair

Not to be confused with the Siamese, the Oriental Shorthair is a lithe, intelligent, and talkative cat breed. Their large ears and colorful coats make them stand out from the crowd, but there’s a lot about this interesting cat breed that people don’t know. They’re one of the newer breeds, and they’re now found in homes all around the world. If you’re interested in making one of these affectionate cats part of your family, or simply want to learn more about this beautiful breed, keep reading. 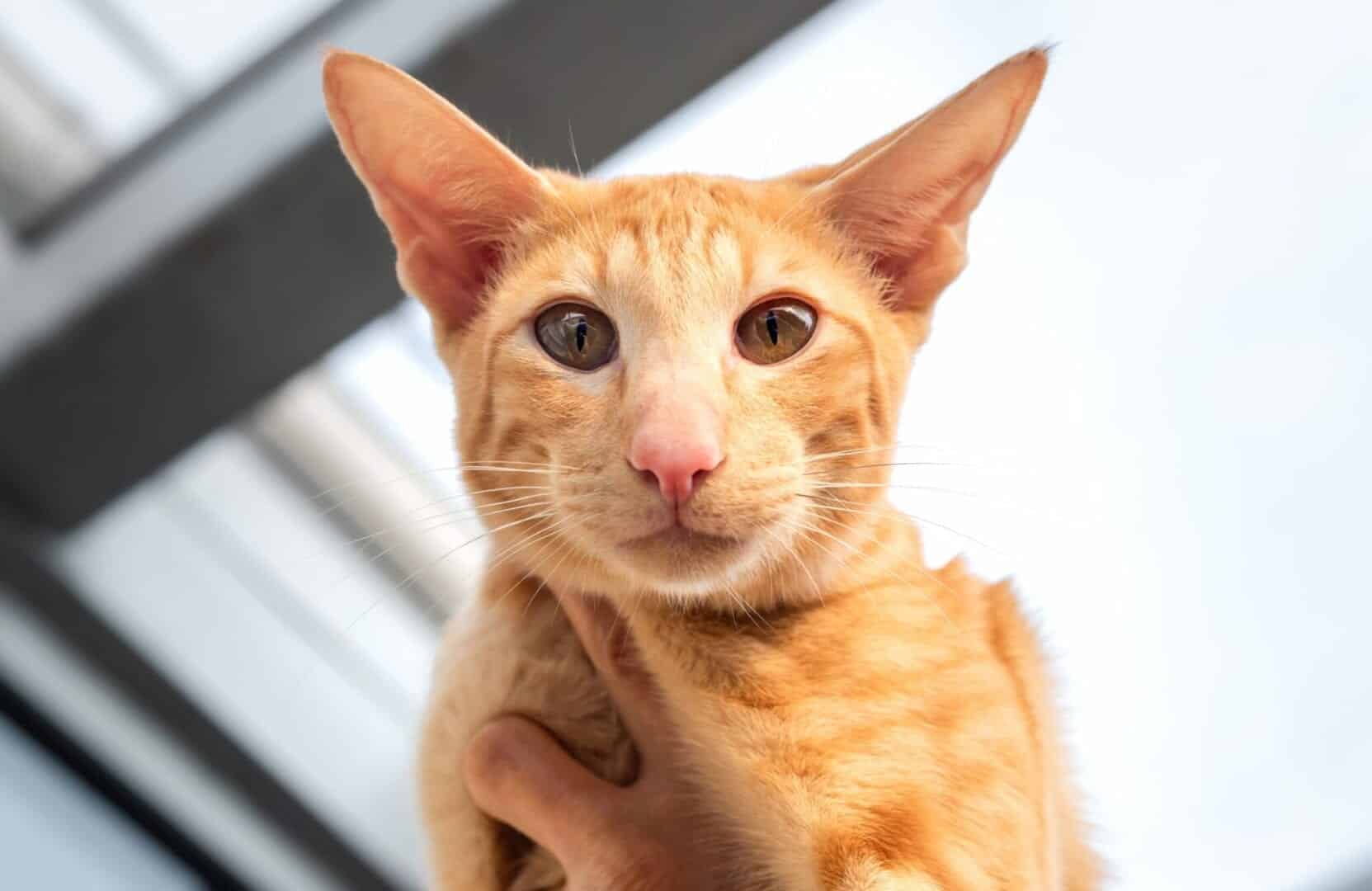 Where Did They Come From?

When you break it down to genetics and breed history, the Oriental Shorthair is technically a Siamese hybrid. In the 1950s, a number of breeders in England set out to produce cats that had similar personalities as the Siamese but with more colorful coats.

To achieve their desired look, they bred purebred Siamese cats with domestic shorthairs and Russian Blues. They focused on maintaining the same athletic build and outgoing personality while introducing new coat colors and patterns.

Eventually, American breeders caught on to the trend and joined in. They added Abyssinians to the mix and produced even more color variations. While certain Siamese enthusiasts scoffed at the endeavor at first, the new breed’s popularity soon took over. The colorful cats were named Oriental Shorthairs and accepted by the Cat Fanciers Association in 1972. Since then, they continued to gain popularity and are a well-loved shorthair cat breed. 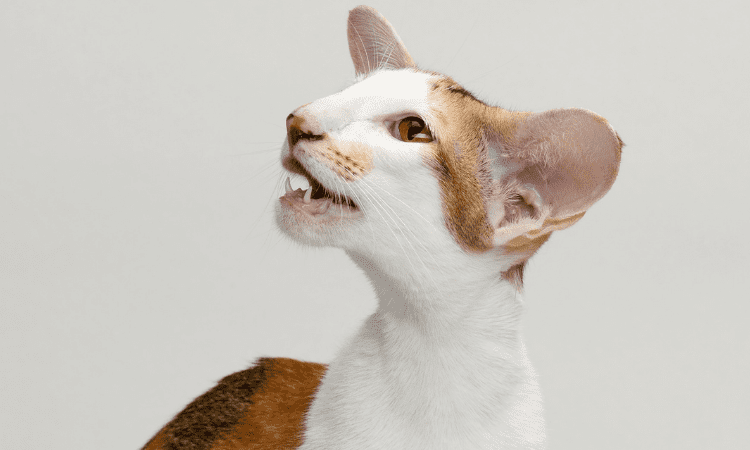 A Cat of Many Colors

What makes Oriental Shorthairs stand out from similar breeds are their colors and coat patterns. These cats can be solid, smoke, shaded, bi-color, or tabby. The most popular colors seem to be silver, white, chocolate, bi-colored and tabby. With more than 300 different color patterns and combinations, it’s believed that the Oriental Shorthair has more accepted colors than any other cat breed.

Their sleek and colorful coats attract cat lovers, and so does the fact that they’re a relatively hypoallergenic cat breed. It’s impossible for a cat to be 100% hypoallergenic, but Oriental Shorthairs have an advantage because they produce low levels of the Fel-d1 allergen that is responsible for cat allergies. They also shed less than other breeds, making them ideal cats for people with minor allergies.

If those eye-catching coat colors aren’t enough to get your attention, Oriental Shorthairs have other ways to always be in the spotlight. These cats are highly affectionate and outgoing. They thrive when they can spend ample time with a person they love and often choose one person to be their absolute best friend. While they’re always up for meeting new people, they’re exceptionally loyal and not afraid to play favorites.

The Oriental Shorthair is the type of cat that follows you to the bathroom and greets you at the door. And because of this, they typically aren’t happy in homes where they’re left alone for most of the day. They like being with people, and they’re known for showing signs of depression if they’re left alone for too long. To help with this, it’s often recommended to adopt Oriental Shorthairs in pairs, or to at least give them other pets to hang out with when the humans aren’t available. 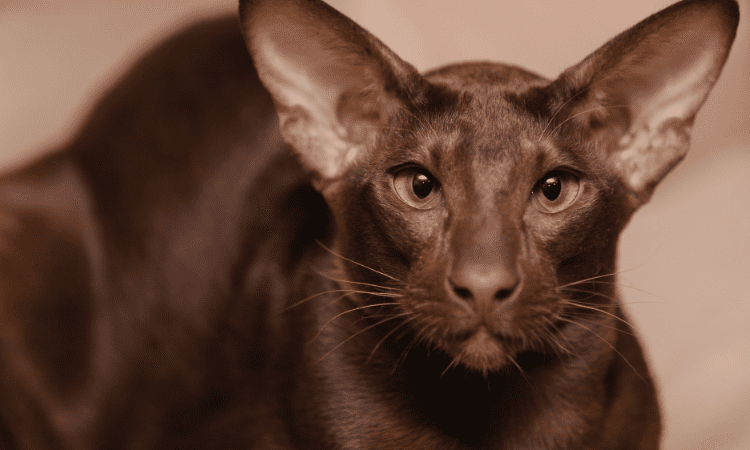 They Always Have Something to Say

Like their cousins the Siamese, Oriental Shorthairs are typically chatty cats. They make several different vocalizations including meows, chirps, purrs, and yowls. Once you live with one for a while, you’ll start to learn what all those different sounds mean.

Oriental Shorthairs like to speak up when they’re hungry, happy, curious, bored, and content. Some don’t even need a real reason, they’re just happy to be heard.

While every individual cat is different, Oriental Shorthairs make great additions to most families. As long as you’re willing to give them the attention they deserve, you’ll earn yourself a loyal best friend that also happens to be especially good looking. Lucky you! 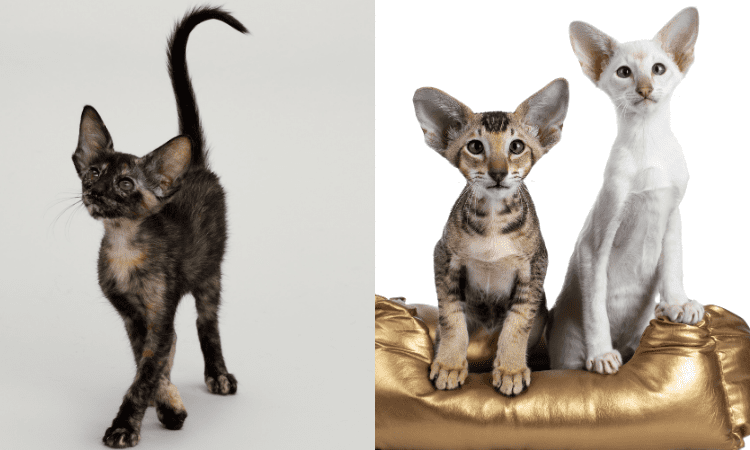 Did you learn anything new about this interesting cat breed? Be sure to share this article with your fellow cat lovers!

Feline 411: All About Tortoiseshell Cats

Show Cat Gets Adopted, And Now She’s The...