Cats are all individuals, but there are a certain breeds that can share similar traits. Many people think that cats don’t like water, but such is not always the case. Did you know that there are a few cat breeds that love water? It might come as a surprise to some people, but for anyone who has ever owned one of these cat breeds, they can vouch for them.

Check out my list of five cat breeds that love water… 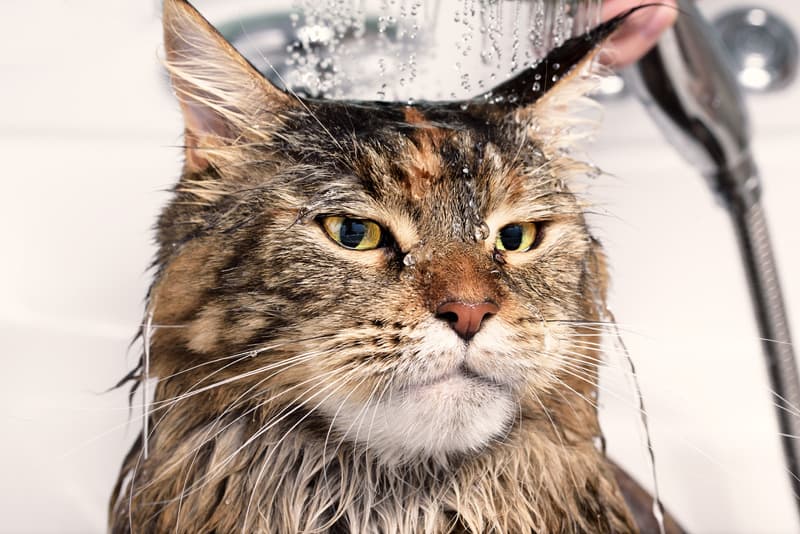 I have a Maine Coon mix that isn’t super crazy about water, but there are many Maine Coon cats that are actually quite fond of it. The Maine Coon comes in on my list of cat breeds that love water because many of these cats are simply fascinated with H2O.

But for anyone who has ever owned a Maine Coon cat, then you know these loveable big cats simply do as they please. A Maine Coon is a naturally curious breed of cat, and they like to investigate things that trigger their hardwired sense of intense curiosity. They are the largest breed of cat that there is, and they retain a kitten like playfulness throughout much of their life. Which makes sense when you think about it, as these large felines don’t fully mature until roughly three years of age.

These cats are fascinated with the world around them, and they enjoy engaging with things that catch their interest. And water? That’s certainly a thing of interest on their priority list!

Want to learn more about Maine Coon cats? Check out an article on them here on CattitudeDaily.com. 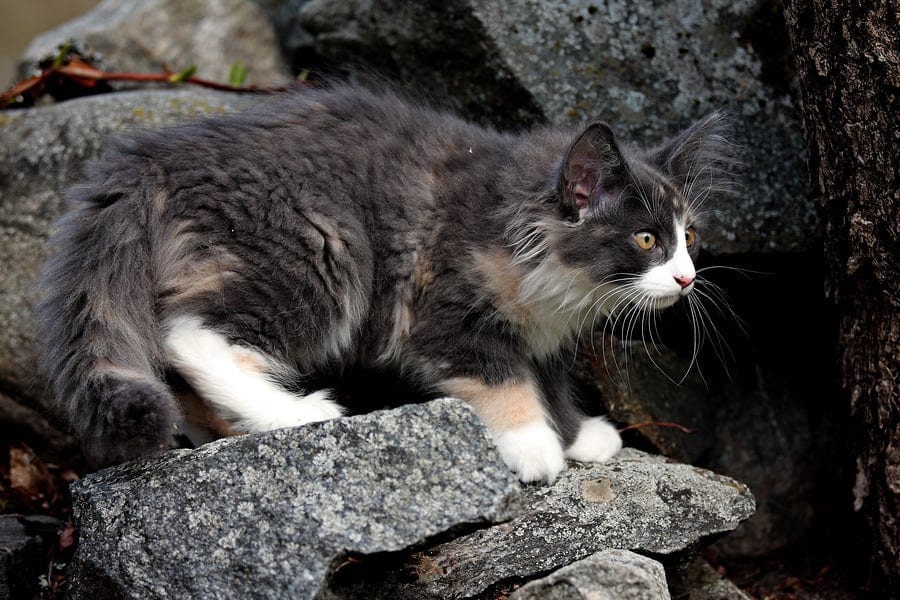 These Viking cats might be drawn to water because it’s simply been a way of life for them since they were first bred. The Norwegian Forest Cat, AKA Viking Cat, would sail the high seas back in the time of the Vikings to help cull the rat population while out at sea. In addition to this, they were thought to be good luck charms that Vikings believed would grant them safe passage during their travels.

The Norwegian Forest cat has survived for centuries in the harsh Scandinavian climate. These cats are quite large, but they are agile and quick on their feet. And that long and lustrous coat of theirs? Well, it’s actually waterproof, too. The water repealing feature of their coat comes in handy when they are hunting in streams trying to score their daily catch of fresh fish. If you consider getting one of these large and lovely cats, you might want to second guess that should you also have a fishtank in your home…just saying.

Want to learn more about Norwegian Forest cats? Check out an article on them here on CattitudeDaily.com. 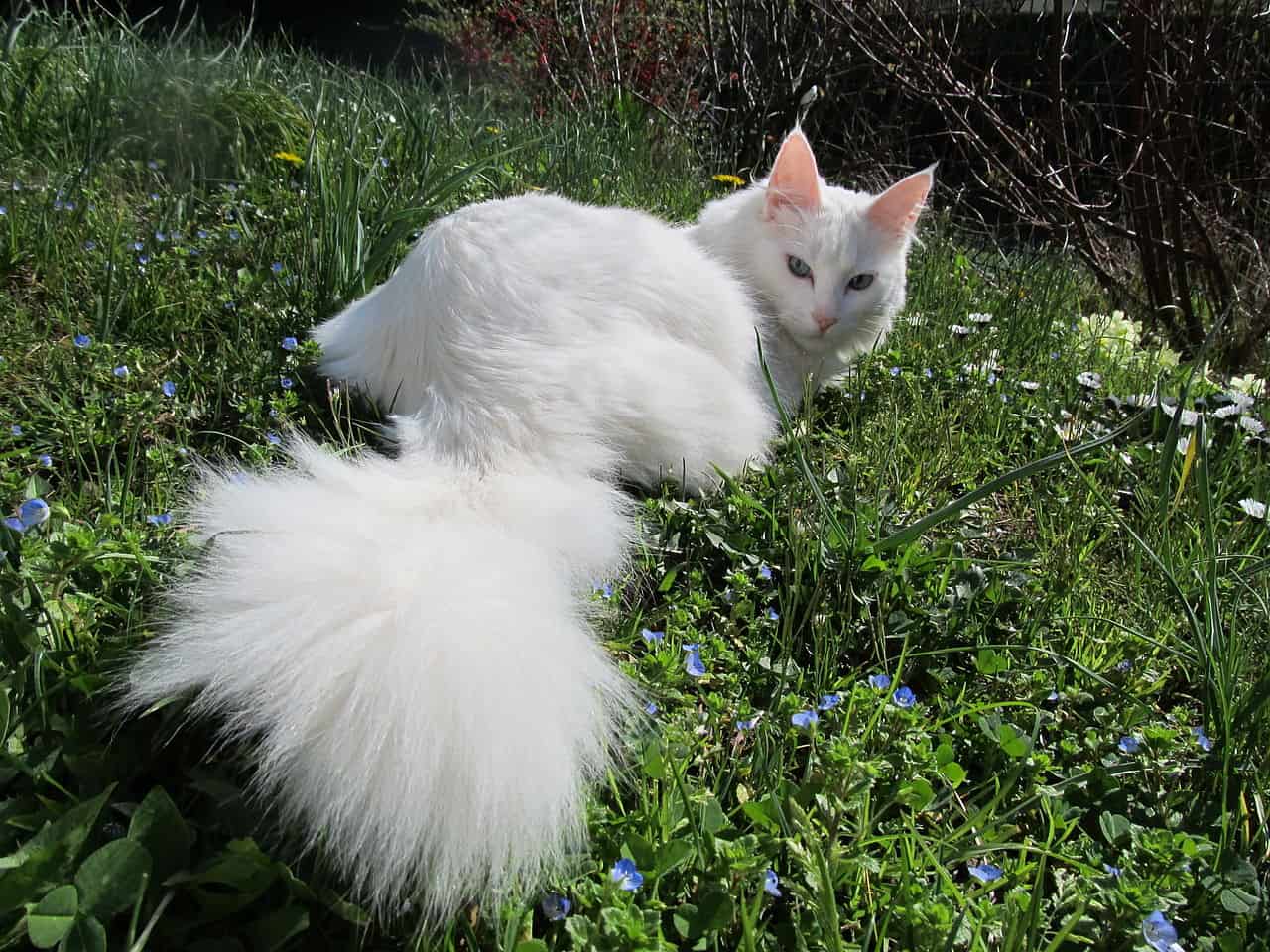 If you’ve ever owned a Turkish Angora cat, then you know just how much these cats love water. The Turkish Angora isn’t afraid to go for a swim either, despite that flowy fur of theirs. These graceful and silky felines are drawn to water and will come running at the sound of it. The national cat breed of Turkey, this ancient cat breed is fun, free-spirited, and loves to frolic in water often.

These playful cats are also highly intelligent, so if they observe their owner turning on the sink, they will often teach themselves how to do it, too. Cats love everything at peak freshness, and a Turkish Angora is no different. The only difference is, constant running water might give way to a hefty water bill and a cat that has no remorse for it.

For those Turkish Angora cat owners, there are many times that their cats will even join them for a swim in a swimming pool. These cats are natural swimmers, with long, lean, and muscular bodies that propel them with ease throughout the water. 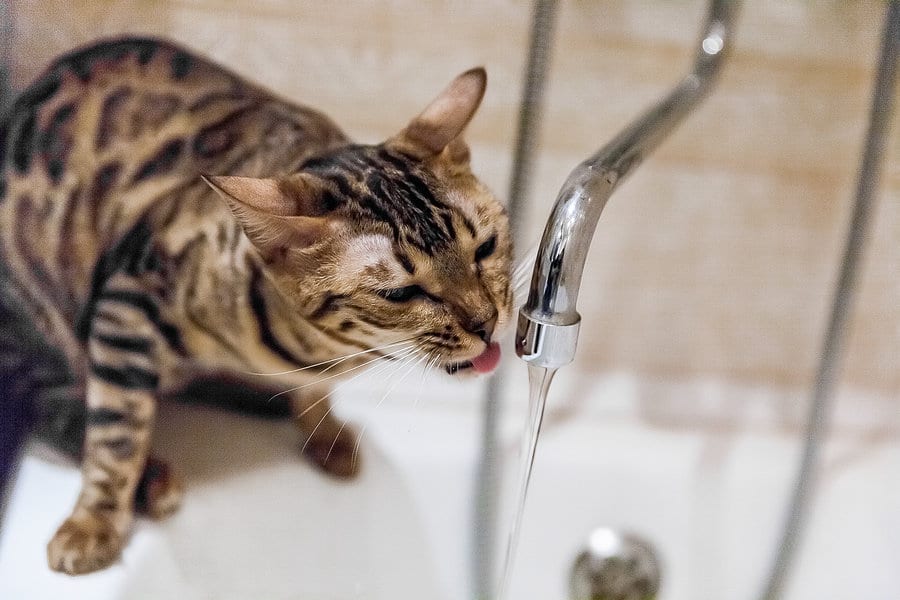 The bengal is an interesting cat in so many ways. Not only are they wicked smart and super vocal, but they love water, too. These mini tigers are drawn to it like laser beams sucking them right in. And they’re particularly fond of running water from the faucet. These kitties don’t mind getting their paws wet or even having a good romp in shallow water. Which is why many will hop right in the bath or shower.

When it comes to their water bowls, don’t be surprised if they’re quick to make a mess. These cats are driven by their insatiable love of play, and water just gives them something more to play with…or in.

Want to learn more about Bengal cats? Check out an article on them here on CattitudeDaily.com. 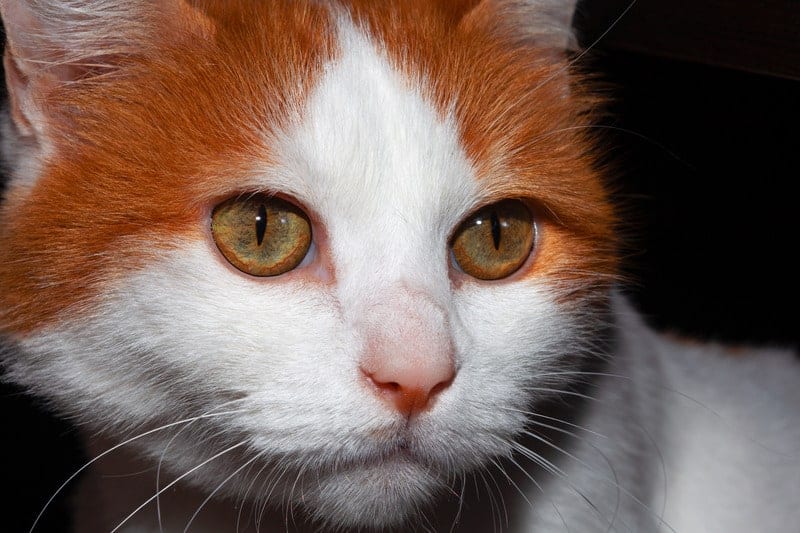 Not only do these cats look cool, but they are super cool, too. These white ring-tailed cats with plumed tails are known by many for their affinity for water. And because of their love of swimming, they top many lists—mine included—of cat breeds that love water. The explanation for their love of water is not completely known. But some suggest they developed a fondness for it when swimming for fish in Lake Van located in far east Turkey.

This beautiful and ancient breed of cat are nicknamed “swimming cats” and it’s easy to see why if you’ve ever seen one in action. But what’s most interesting about these cats and their love of water is that they are genetically designed to be excellent swimmers. They are larger bodied cats with broad shoulders, and they’re top heavy which pushes their center of gravity forward. Which, you guessed it, makes them like the Michael Phelps of cats. These athletic cats have lots of energy, and swimming is the perfect way for them to pass the time in a way they naturally love. Because if they’re stuck indoors and boredom hits, they’ll be sure to climb and act crazy and send your valuables flying. 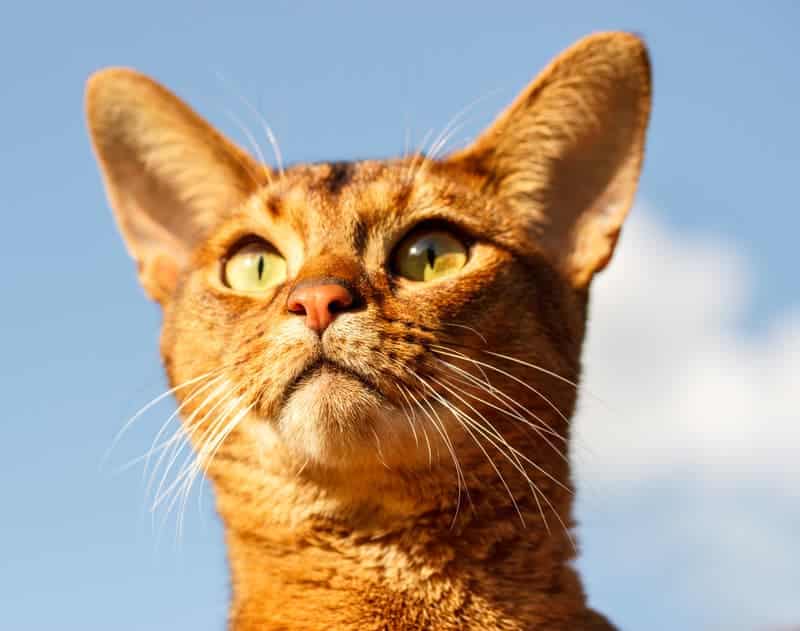 Honorable mentions include the: Manx, Abyssinian, American Bobtail, Japanese Bobtail, and the Sphynx.

Did you learn anything new and interesting about our feline friends? Share this article with other cat lovers you know so they can learn something, too.

Want to learn which cat breeds are thought to be the smartest of all? Read about them here on CattitudeDaily.com.

Your Cat’s Pupils Can Signal What They’re Feeling

Why Do Cats Scratch? Plus Tips To Save Your Furniture