While the average domestic cat stands between 9 and 10 inches tall and weighs about 10 pounds, there are some cat breeds that stand out thanks to their size. These massive members of the cat world are typically gentle giants that are favorites among cat lovers. They’re bigger than most small dog breeds and aren’t afraid to let their bulk take up the whole bed. These big cats give us even more feline fur to love on, and it’s time we highlighted exactly what makes them special.

Here’s a list of the largest cat breeds that would love to be part of your life. 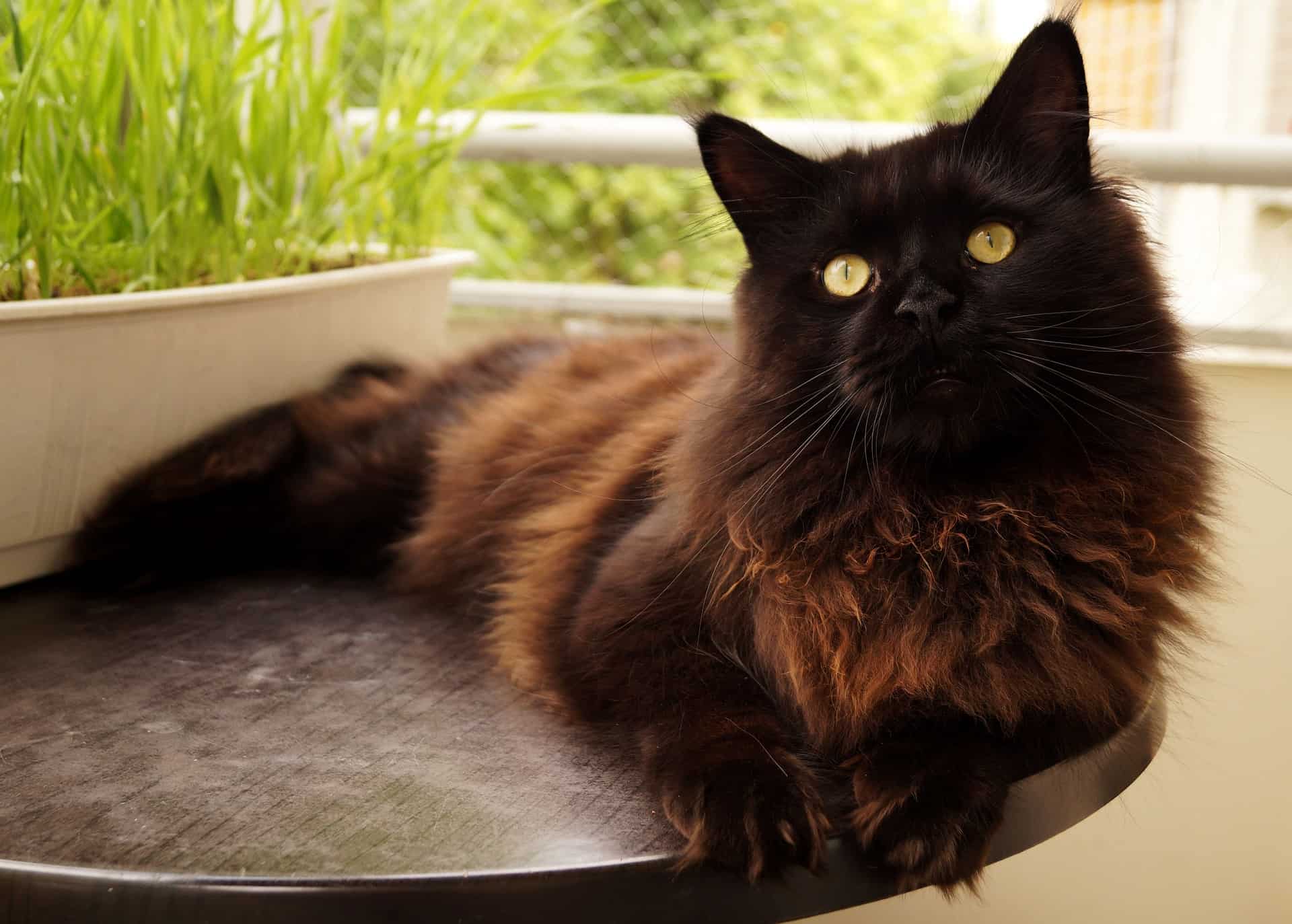 These New England natives are the giants of the domestic cat world. Weighing in at an impressive 20+ pounds, these big cats make other adult felines look like little kittens. Part of their bulk is definitely thanks to their luxurious-looking fluff, but they’re also built to be naturally longer and heavier than most cat breeds.

In fact, many Maine Coon cats hold Guinness Book World Records for their size. A Maine Coon named Barivel currently holds the title as the “Longest Cat in the World.” Their average height is typically between 10 and 16 inches, and regards to weight, a Maine Coon cat could weigh up to 25 pounds and still be perfectly healthy. 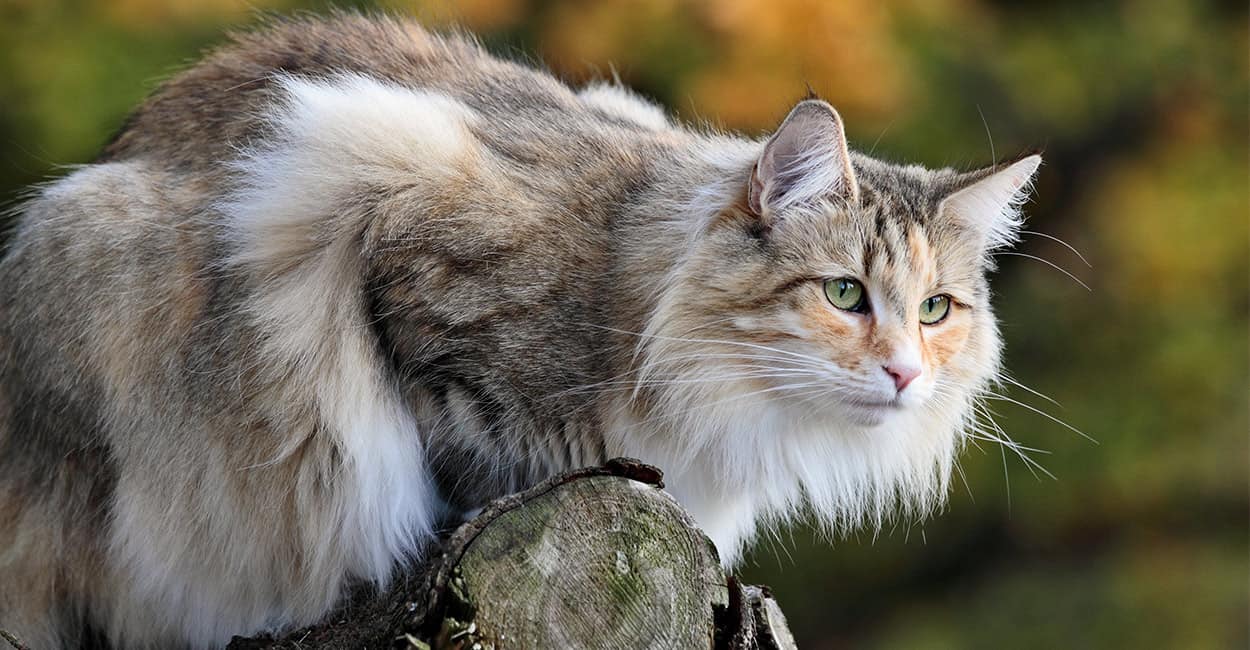 When it comes to largest cat breeds, don’t get a Maine Coon confused with a Norwegian Forest cat. These two big cat breeds have similar looks thanks to their big bodies and long fur. But while the Maine Coon is the official cat breed of Maine, the Norwegian Forest cat, or “Wedgie” as they’re affectionately called, has a thrilling history alongside Vikings. It’s believed that the breed first arrived in the United States with Lief Erickson himself.

Thanks to thousands of years of natural selection, the Wedgie is a sturdy, powerful cat that can survive harsh winters. Their beautiful fur coat looks good, and it also serves an important purpose. It keeps them warm even in thick snow, and there are still pockets of free-roaming cats that live happily on their own in Scandinavian forests. They’re perfectly capable of surviving on their own, and even look a little wild, but these big cats are 100% domesticated and have no wild or hybrid DNA in their lineage.

While the Norwegian Forest cat gets its bulk mostly through natural selection, the Savannah cat has had help from a wild cat cousin. This large cat breed is a cross between a domestic cat and an African cat called a Serval. Medium-sized with large ears, there’s no doubt that Servals are cute. They are, however, wild animals. They should never be subjected to life as a house cat. Forcing a wild animal to act domesticated is cruel, and it usually leads to dangerous situations.

Most of today’s Savannah cats are several generations separated from their wild ancestors. They stand 10-17 inches tall and can weigh anywhere from 12 to 25 pounds. Their wild heritage gives them a uniquely black spotted coat pattern, and they have large, rounded ears and impressively long legs. 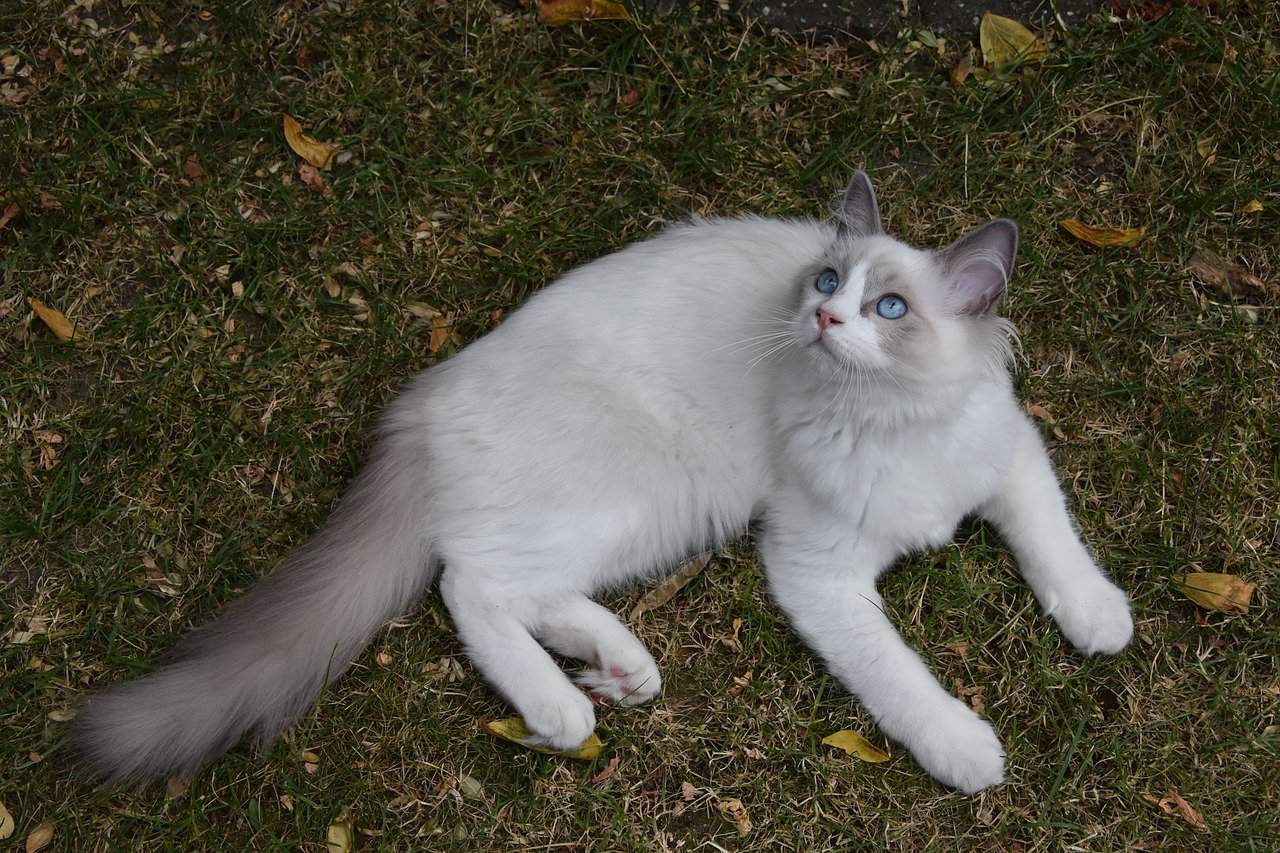 Lauded in many circles as one of the most beautiful cat breeds around, Ragdoll cats are gentle giants with stunningly fluffy coats. Their fluff assuredly adds to their size, but even without all that hair, an adult male Ragdoll can weigh up to 20 pounds. The females are typically smaller, but at 15 pounds, they’re still considered one of the largest cat breeds.

One of the most interesting facts about the Ragdoll is how they earn their name. They’re especially friendly and affectionate, and they literally collapse into the arms of their favorite people. They end up acting like limp rag dolls, and this endearing behavior has stolen many hearts around the world. 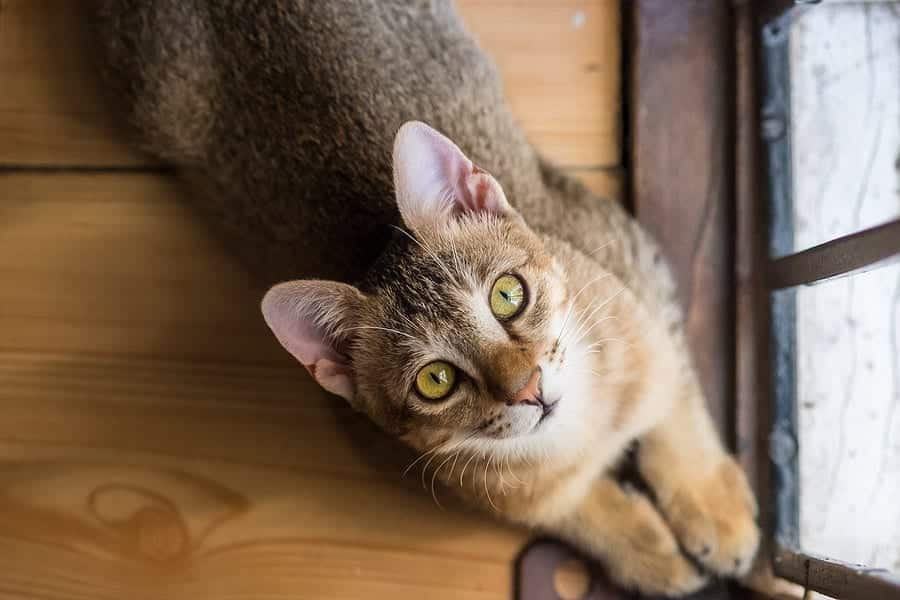 The last cat on this list of largest cat breeds is one you might not have heard of before. The Chausie looks exotic with its large eyes and big ears. Those features come from a distant jungle cat ancestor that was originally used to develop the breed. Records show they date all the way back to the ancient Egyptians. They weren’t recognized by The International Cat Association, however, until 1995.

Today’s Chausies are still classified as a non-domestic hybrid breed, even though they’re mostly descended from domestic cats. They weigh between 15 and 20 pounds and can stand up to 18 inches tall. Their long, slender bodies and large ears make them look like they belong in the wild, but most Chausies are affectionate and loyal toward people.

Learn anything new about these large cat breeds? Share this article with your fellow cat lovers!

And now that you’ve learned all about the largest cat breeds, check out this article on Cattitude Daily to learn all about which cat breeds are known for their clingy nature.