Meet Gladstone: The Chief Mouser For Her Majesty’s Treasury

It goes without saying that black cats are effortlessly cool. But aside from looking like miniature panthers in our living room, there are some black cats that do much more than that. For Gladstone, he’s a black cat that’s known as the Treasury Mog on Twitter. Why would he have a Twitter, you might be wondering? Well, that’s because this moggy works at Her Majesty’s Treasury in Westminster, London. 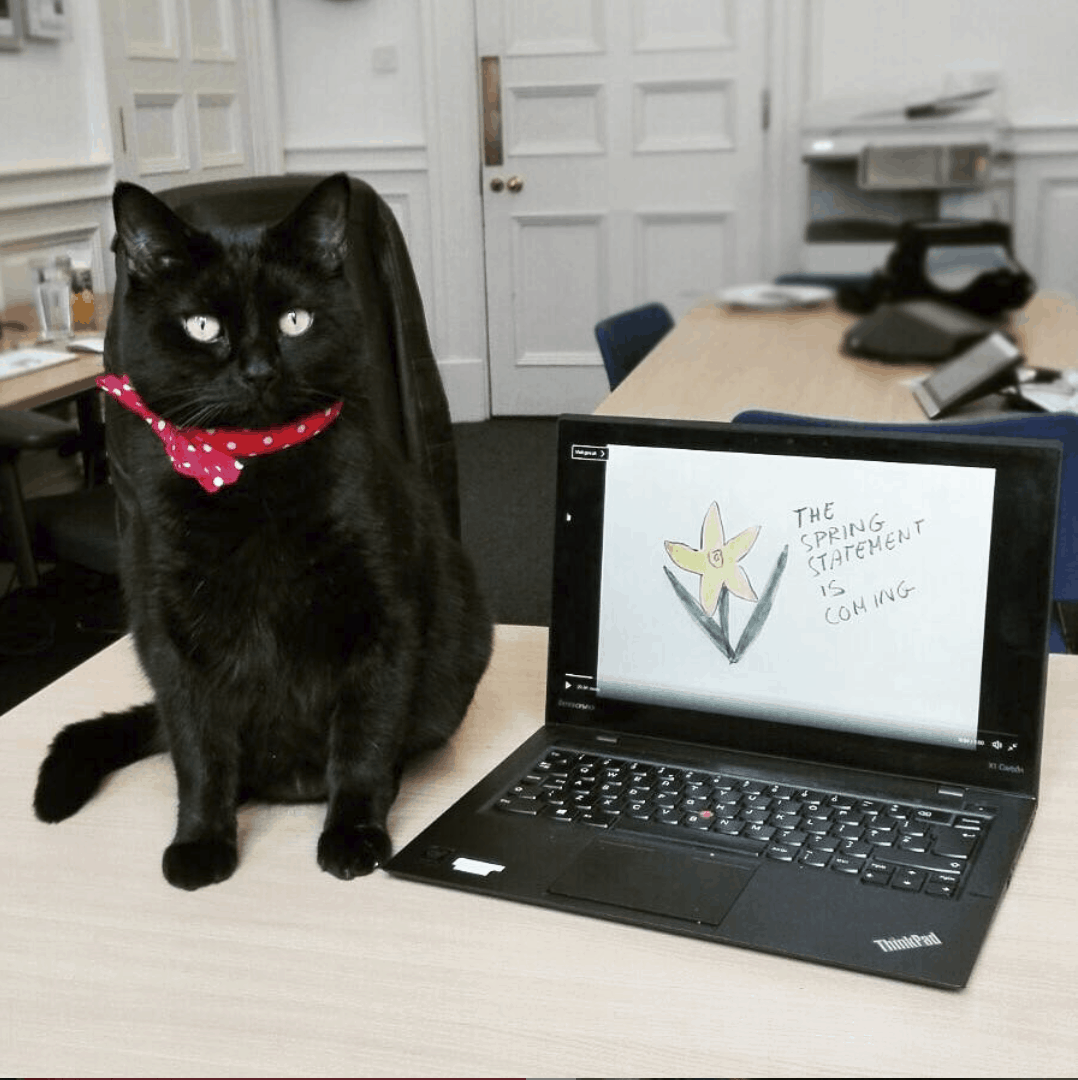 Gladstone is described as “the most popular colleague at Her Majesty’s Treasury”—and it’s easy to see why! 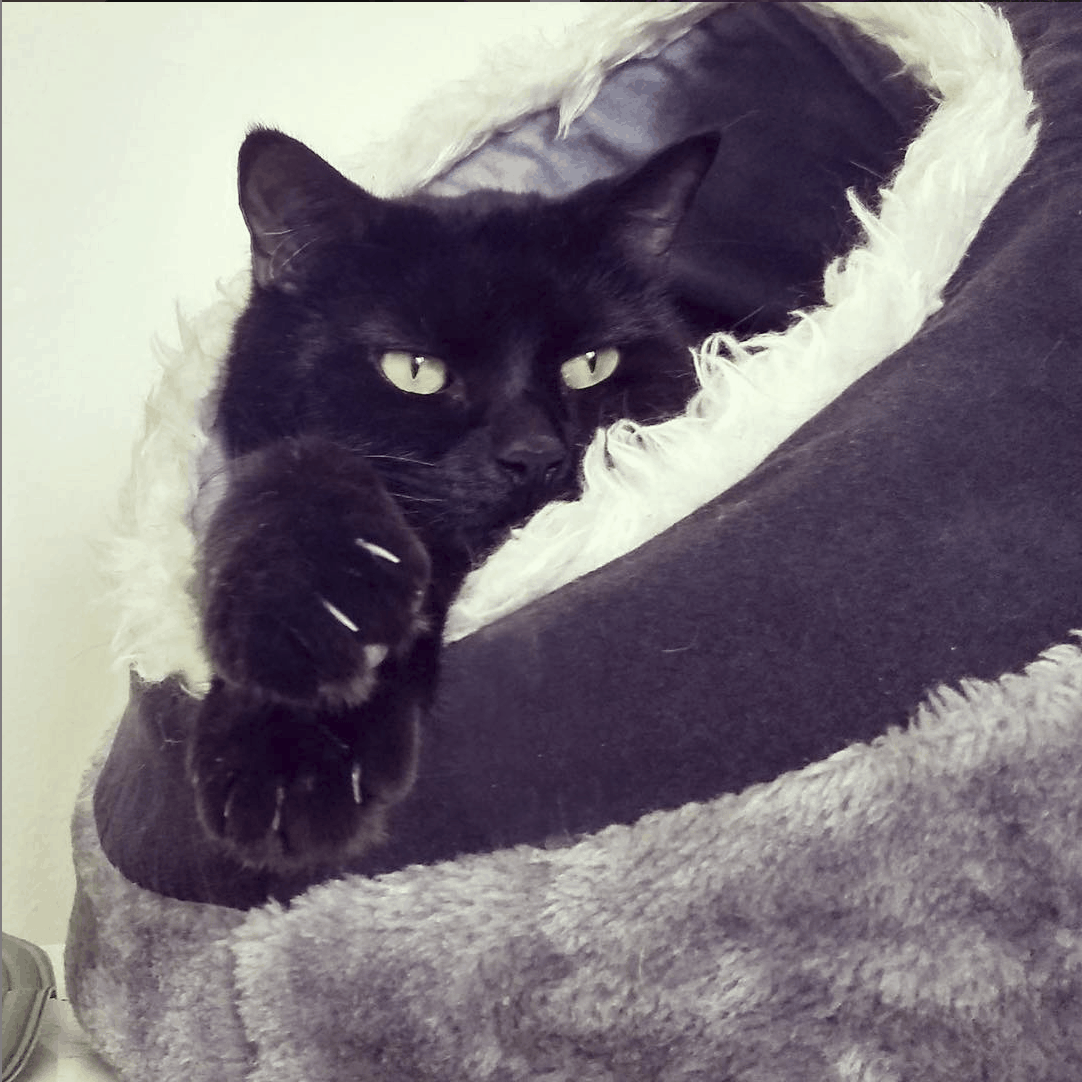 He earns those daily cuddles by catching mice and flexing his cool cat charm on the regular. His name is homage to the former Prime Minister and Chancellor William Gladstone. And he knows he has big shoes to fill and takes his work quite seriously. But when he’s not busy mousing around, he turns on his charisma for the camera. 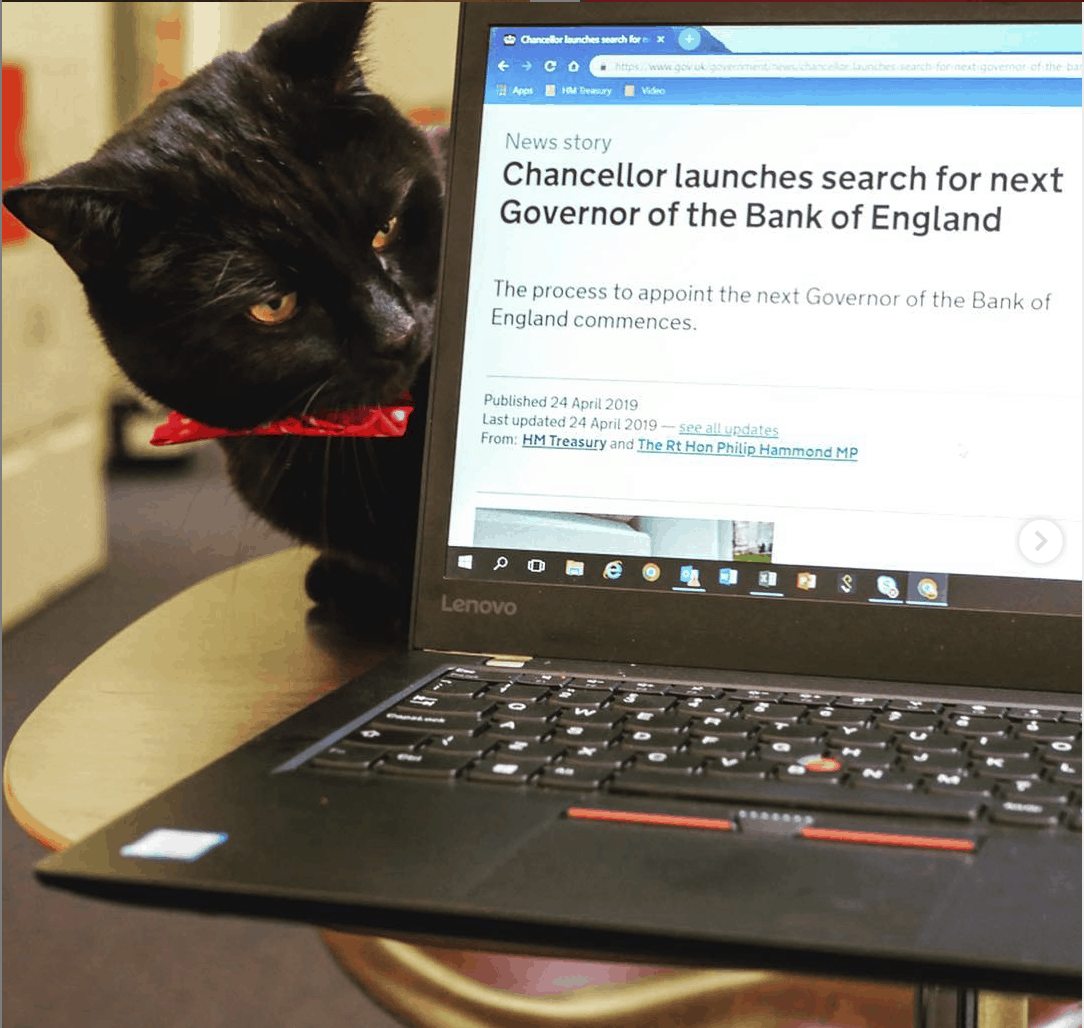 This cool black cat has called HM Treasury home since he was adopted in 2016, and steadily he’s become quite popular online via his social media accounts. He came from the Battersea Dogs And Cats in London, England. During his time at Battersea, he was described as lovingly affectionate and a lover of food.

They say that red is Gladstone’s signature color, and we have to say that we certainly agree! So chic… 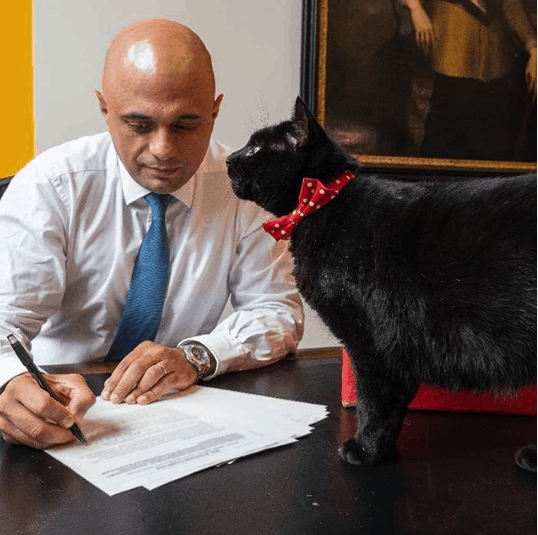 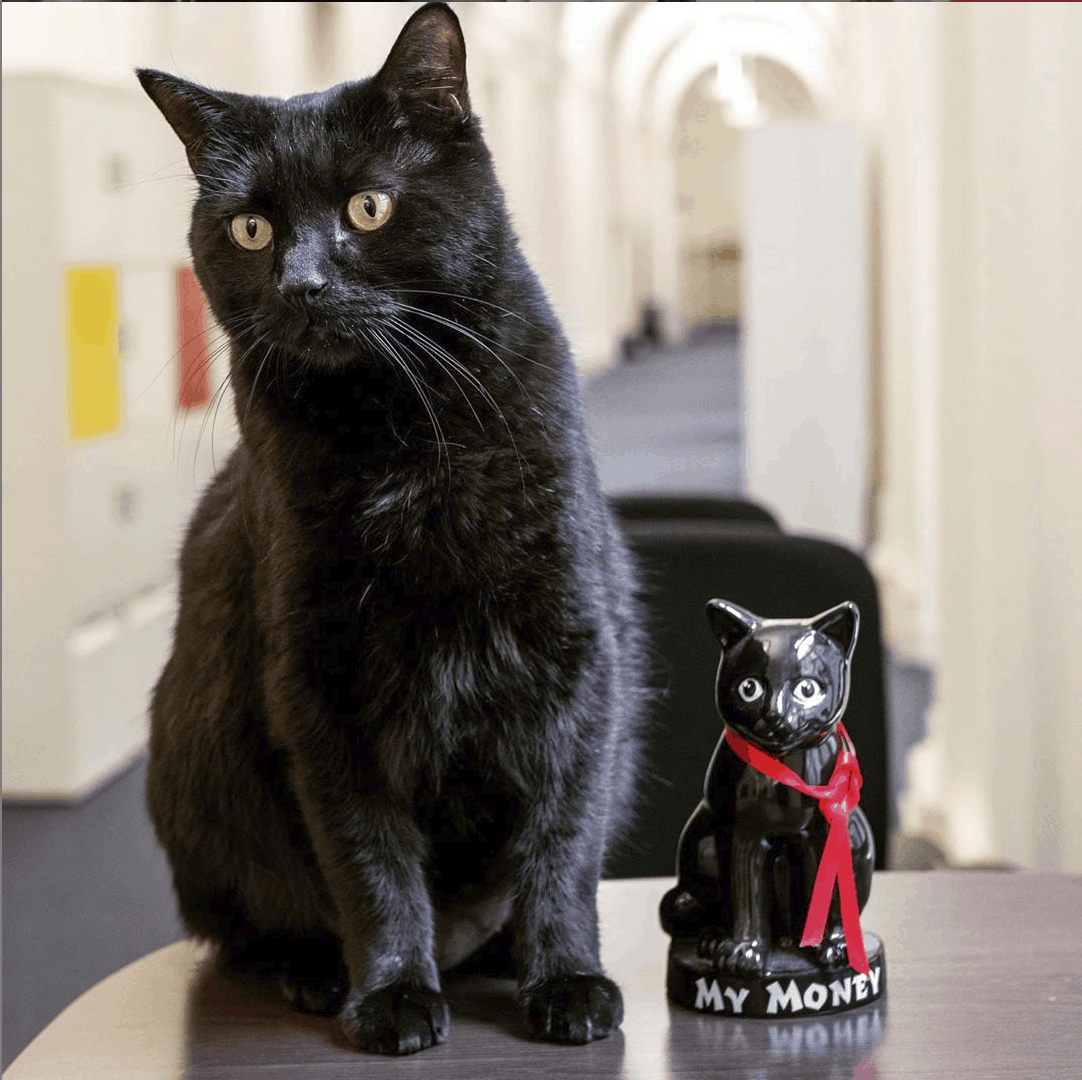 But if you ask me, he looks pretty spectacular in blue, too…. 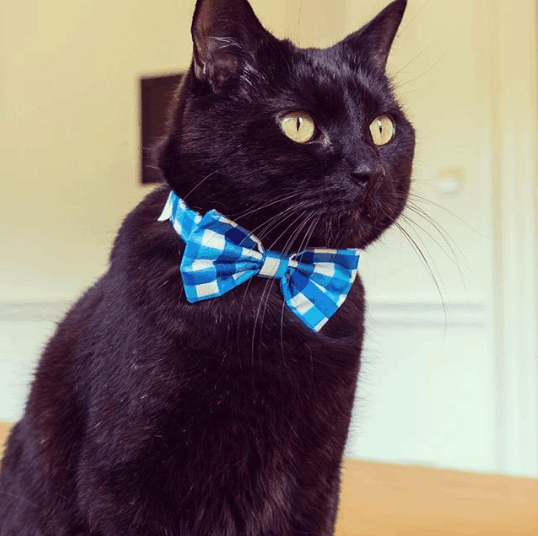 The Sun in the UK have reported that Gladstone, a rescue cat, is a “cold blooded killer” with over half a dozen mice to his credit. And although Gladstone is a working cat, the good people of England are not paying taxes towards his care. In an official statement online, it was made clear that:

The Treasury cat, Gladstone, is kept at no cost to the taxpayer. All costs are met through voluntary donations and no official records are kept. Staff members volunteer to care for Gladstone in their own time. 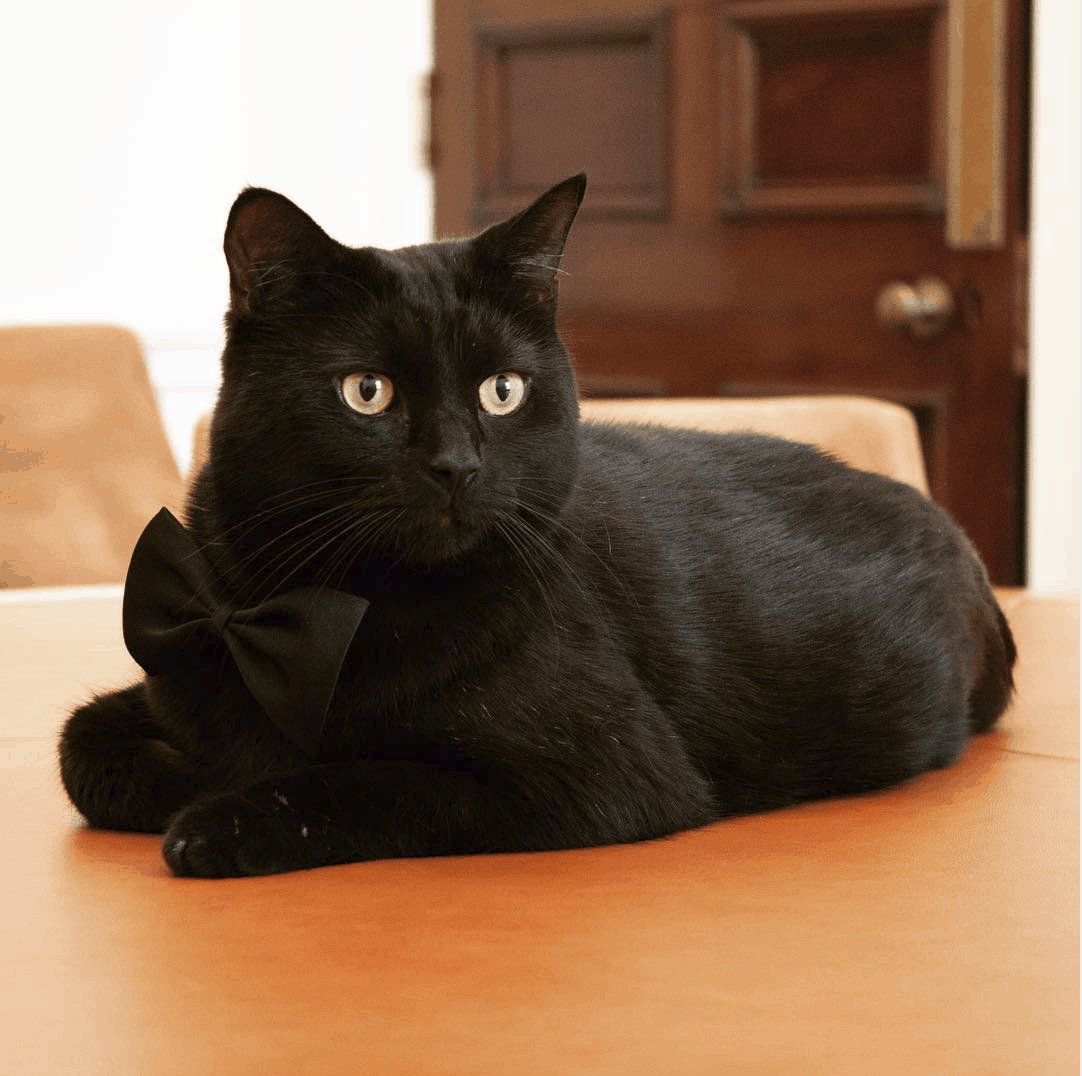 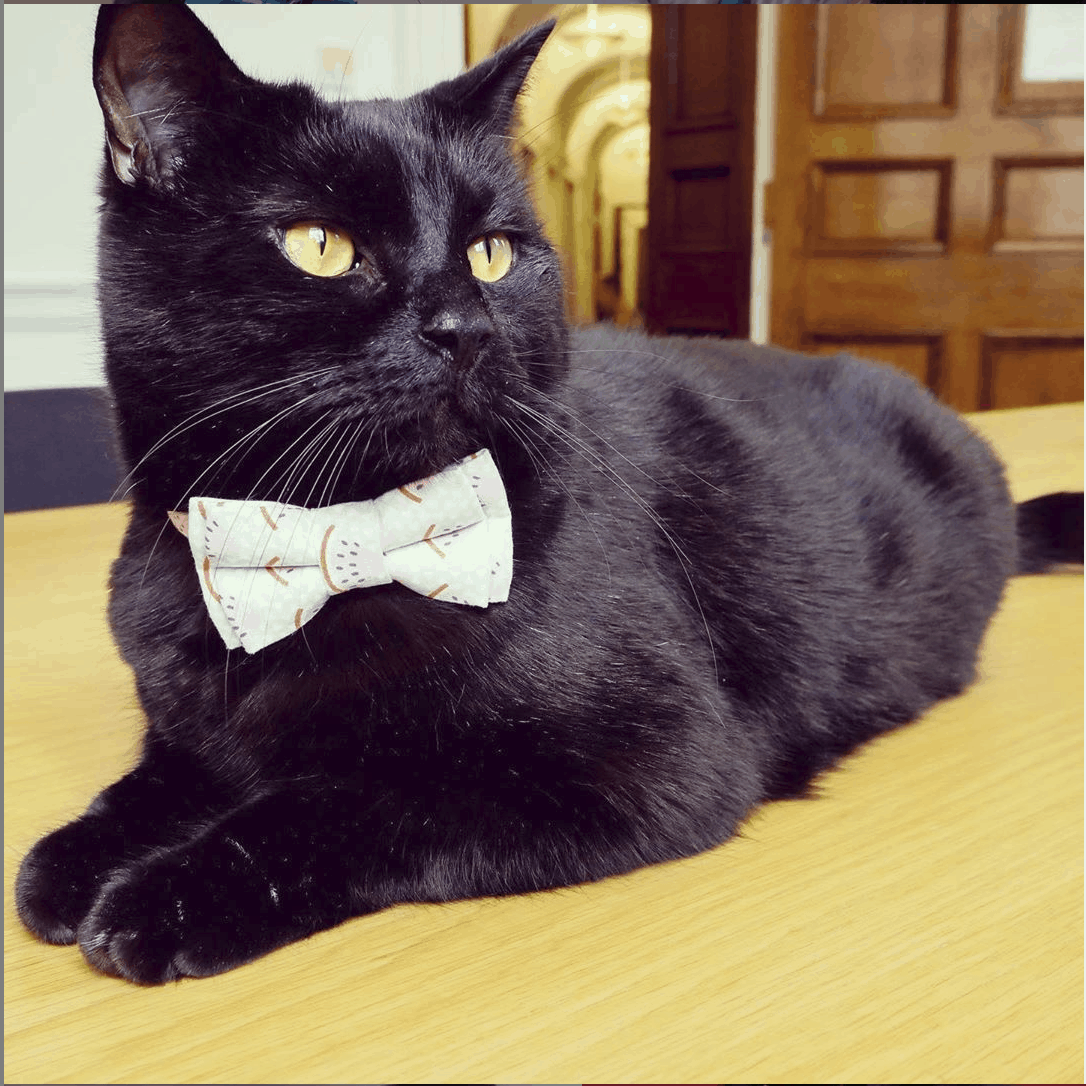 Can’t get enough of this regal black cat? Neither can I! Find him on Instagram @treasury_mog and follow him on Twitter @TreasuryMog to keep up with his purrfectly adorable antics.

All Images Courtesy of Gladstone the Treasury Cat

Want to meet another cool black cat? Check out Aries the Ambassador Cat, a special needs kitty that’s showing the world that being different is a good thing. Cat Colds And Upper Respiratory Infections: What You Need To Know

Meet Lilly: A Cat With Sassy Eyebrows To Make You Think She’s Judging You