For Georgia, thought to be an Australian Shepherd mix, she recently found herself absolutely heartbroken. And it wasn’t because she was just a lonely stray dog without a home to call her own—unless you count the gas station she was forced to call home. But she recently gave birth to a litter of puppies. And born prematurely, her babies simply couldn’t make it. Heartbroken and grieving the loss of her babies, her rescuer stepped in with a plea for help on social media. Maybe, just maybe, there would be some babies out there that she could nurse and help mend her broken heart.

Anita Sosa with Sunshine Dog Rescue out of Phoenix found just what she was hoping in the form of three orphaned kittens. And just maybe it could be what Georgia needed, who was “frantic” and visibly shaken. But she asked herself if it could work, because clearly they’re different species. (*Spoiler alert* it did!)

Osa told ABC 15 News that, “I introduced them to her gently. I first bought one out and let her sniff it, and she seemed to accept it, so I brought the others out. It’s amazing to see how she instantly calmed down.” 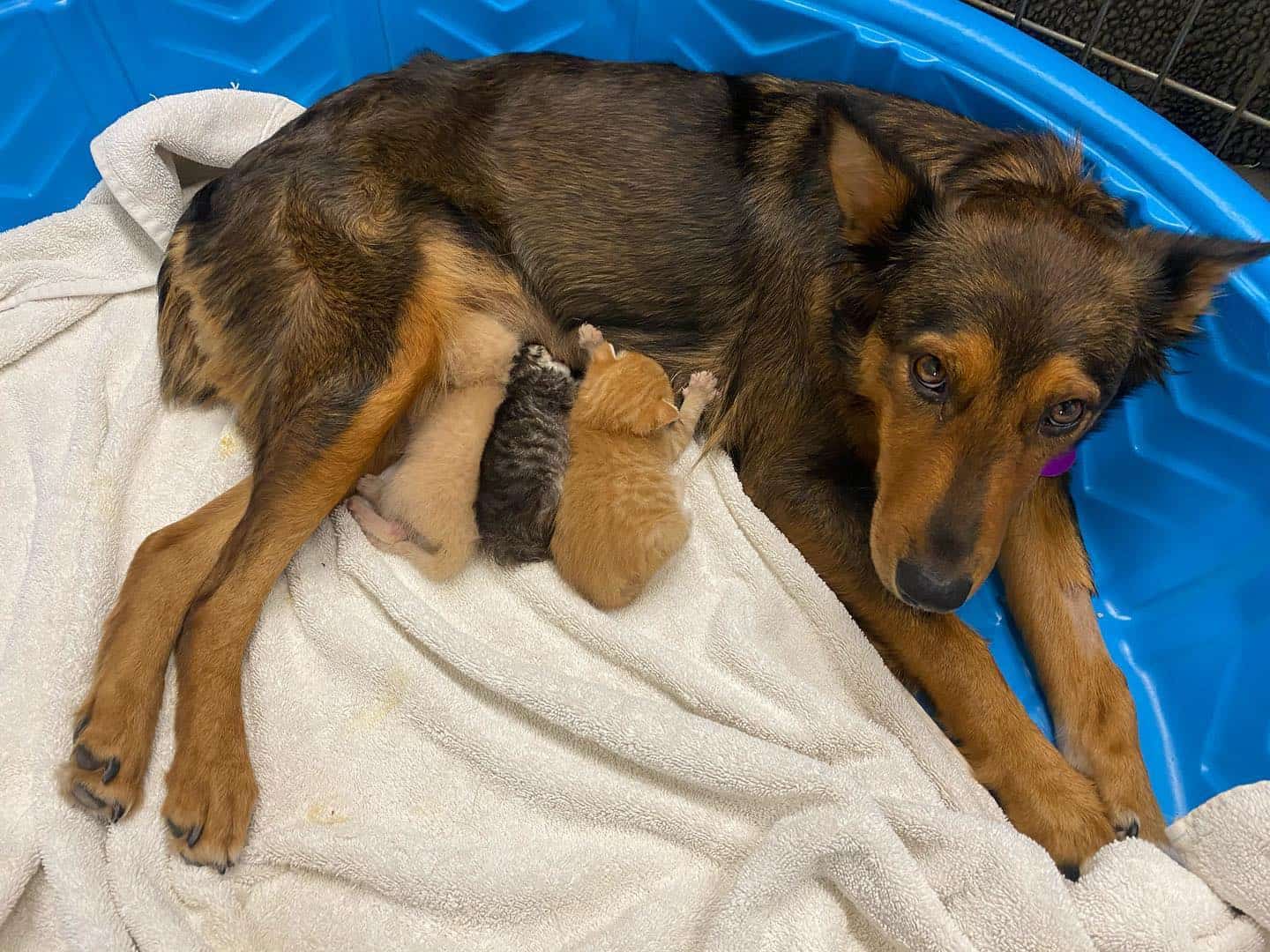 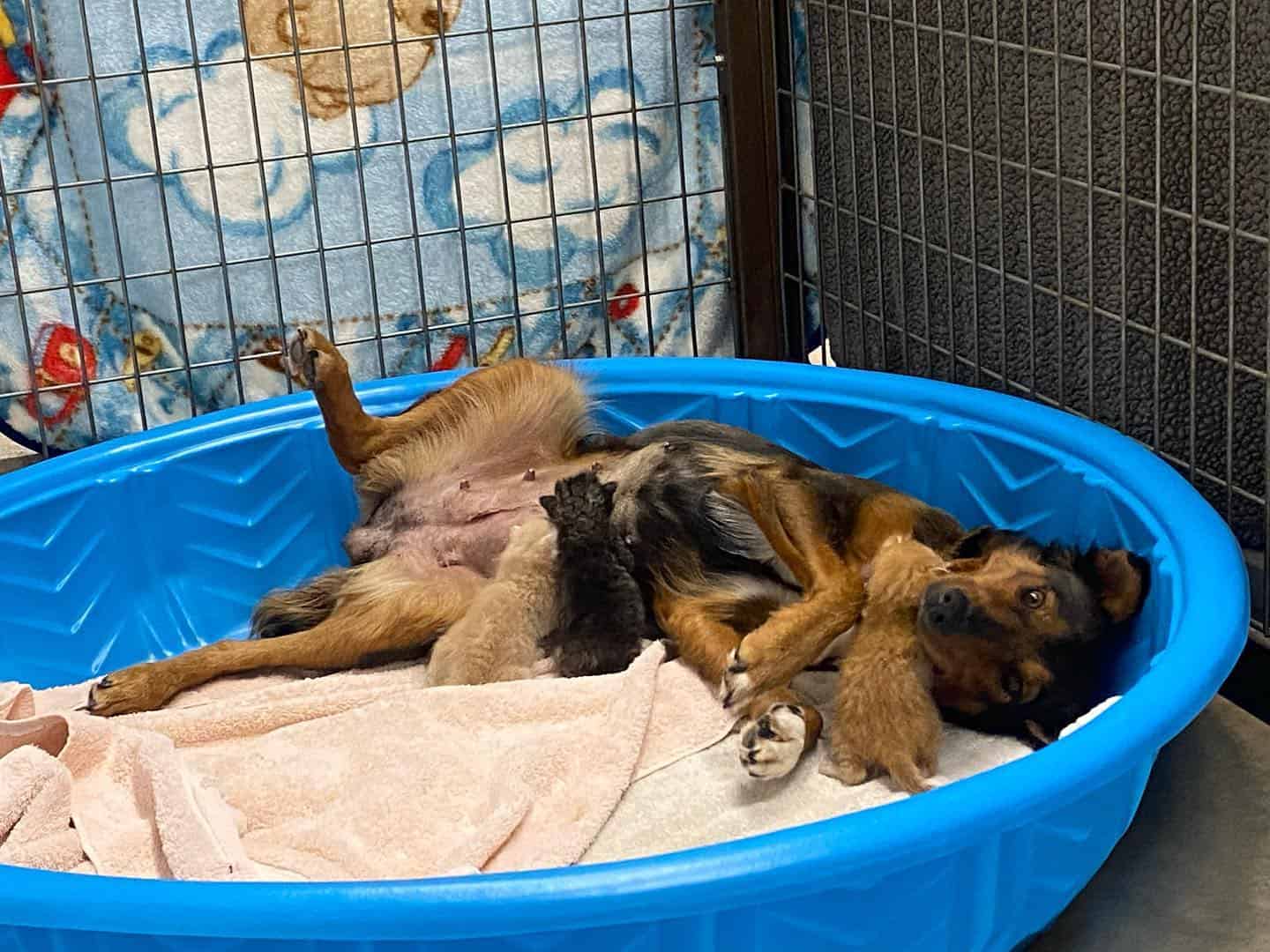 Just look at how happy Georgia is with her babies!

Poor Georgia had been found wandering at the US-Mexico border by Rocky Point, but now she’s well on her way to giving love and getting love in return. She’s cleaned up nicely, and as for the kittens, they couldn’t be any happier in their new life with their new mama. And best of all? Georgia won’t ever have to go back to living on the streets again, because she’s found herself a new dog dad to adopt her and give her the forever home that she deserves!

See more below on the story, courtesy of New York Post:

Want to learn more about Sunshine Dog Rescue and all the incredible things that they do for our four-legged friends? Follow their Facebook page here on check out there website to learn more about their mission. And if you’d be so kind as to make a donation, it would be sincerely appreciated especially during these hard times.

Know someone who loves happy endings when it comes to animals? Share this story with them, because we could all use a smile right now! 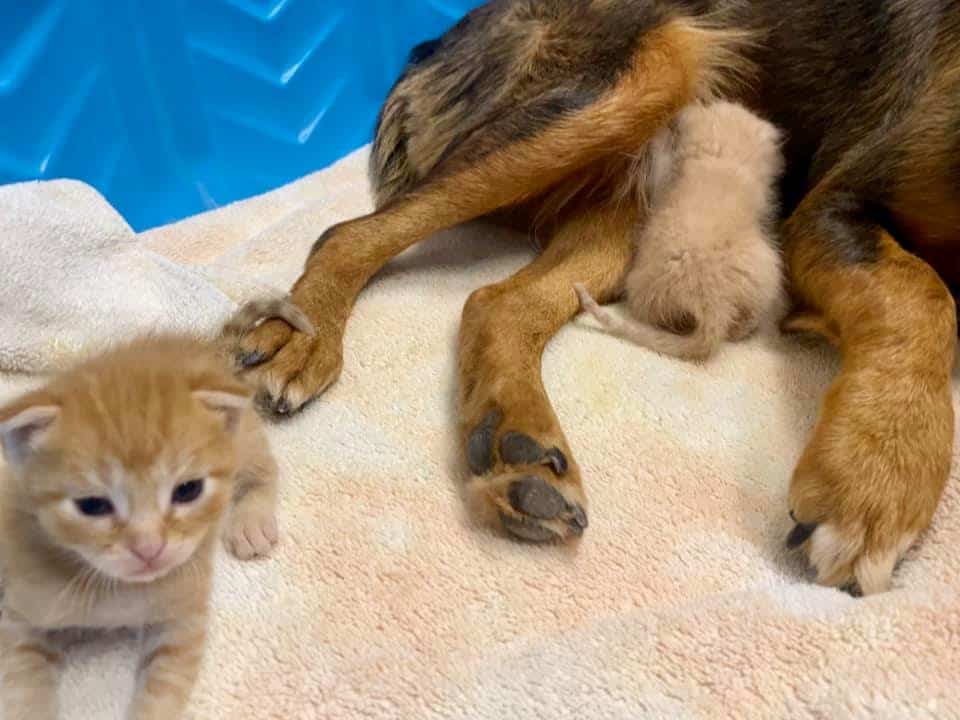 All Images Courtesy of Sunshine Dog Rescue on Facebook

Rescuer Recognized For Her Incredible Commitment To Homeless Cats

Tips On Caring For Feral Cats In Your Area