Telling someone they have “cat-like reflexes” should be considered one the highest physical compliments. You say it when a friend catches a glass that slips off the table or when a baseball player snags a line drive right before it breaks their nose. Those human examples of speed and agility can be impressive, but they’re nothing compared to what your cat can do.

We’ve seen cats twist in mid-air to land on their feet, swat down flies in mid-flight, and dodge moving cars with only a second to spare. These quick movements and reactions are natural for cats, and they’re something we humans can’t help but envy.

The next time you compare someone’s actions to cat-like reflexes, think about whether or not they really earned the distinction. Here’s what makes cats so special: 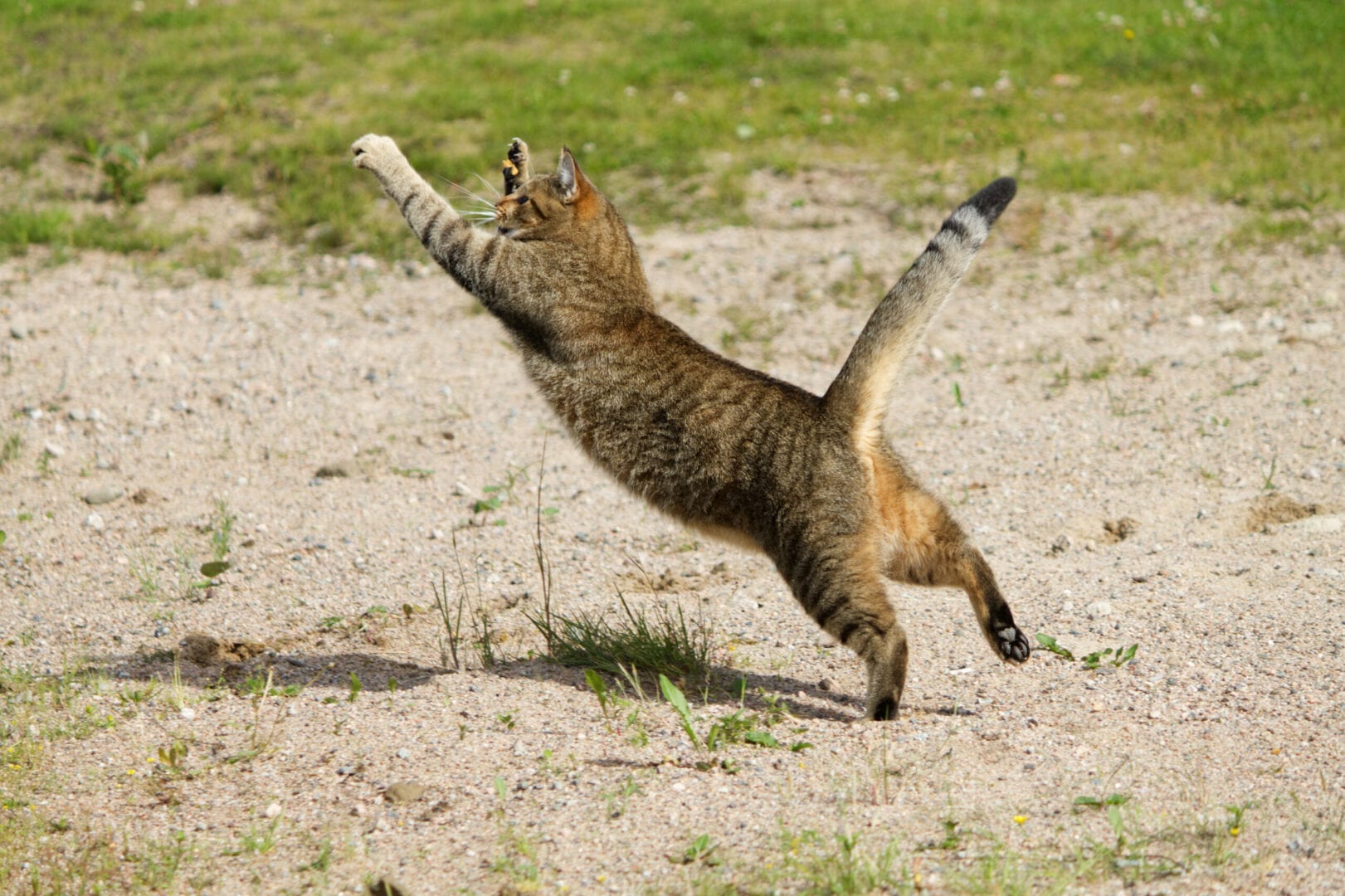 Your cat looks cute splayed out in their sun spot or rubbing against your legs, but don’t let their big eyes and jelly bean toes fool you. Domestic house cats take after their big cat cousins in that they’re built to be the perfect predators…just in miniature. From ears to tail, feline anatomy is designed to hunt and bring down prey. And when your meal of choice is a quick-footed field mouse or easily-startled bird, you have to be fast to get what you want.

Research shows that feline reflexes are at least 1.5 times faster than that of the average dog. They’re also a lot faster than that of a human. The logical theory as to why cats are so quick is because while dogs and humans can both be hunters, they’re not typically as reliant on hunting as cats. Cats domesticated themselves long after dogs turned to humans, and without fast reflexes to catch their small prey, they could have starved their way into extinction.

While it’s misleading to say that cats have better eyesight than humans, they do have visual capabilities that give them advantages in certain situations. Cats typically have 20/100 vision, which means they’re near-sighted. They’d have to be 20 feet away from something to see it as clearly as a well-sighted human at 100 feet. 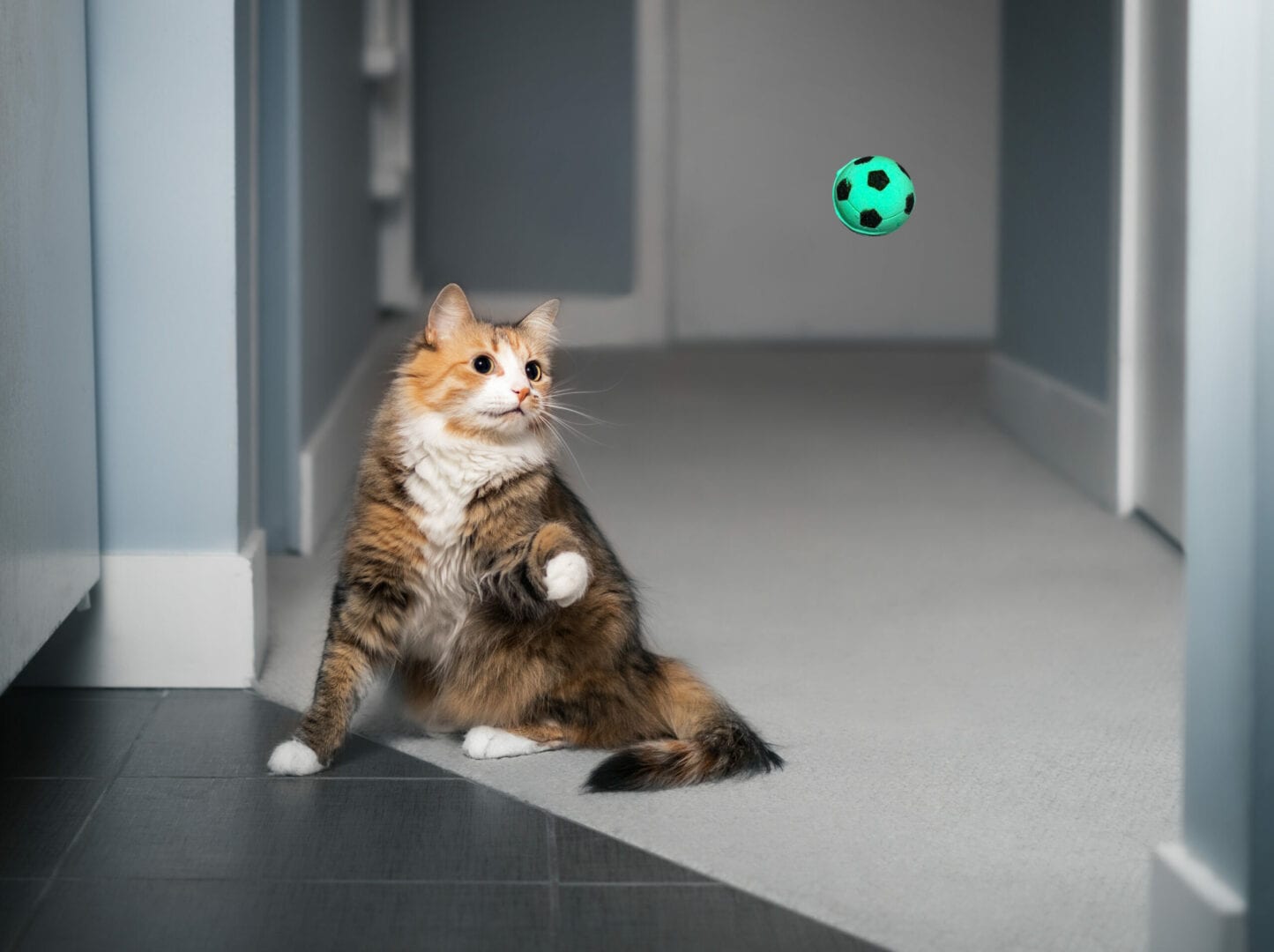 Cats, however, compensate for that limitation with increased peripheral vision, better night vision, and the ability to detect movement. These abilities all contribute to those cat-like reflexes.

With a wider field of view, cats don’t have to waste their time turning their head to see incoming objects. That extra second allows them to react instantly. Thanks to their special light-reflecting eye structure, cats can also detect and track quick movements even in low-light situations. This is a skill that comes in handy while hunting prey, and also while pouncing at your ankles in the dark hallway.

With unusually flexible spines, cats are capable of twisting their bodies in ways that improve their reflexes. The discs that are located between vertebrae are especially elastic to allow cats to twist their torsos 180 degrees. Humans, in comparison, can usually only turn 90 degrees. This means cats have the ability to reach things that a human wouldn’t.

Cats also have what’s called a “righting reflex.” This reflex is how cats (almost) always land on their feet. They use the vestibular apparatus in their inner ear to twist and right themselves even when they’re free-falling. Some studies have shown that cats can twist themselves so quickly in mid-air that they can land on their feet even within a 12-inch drop. 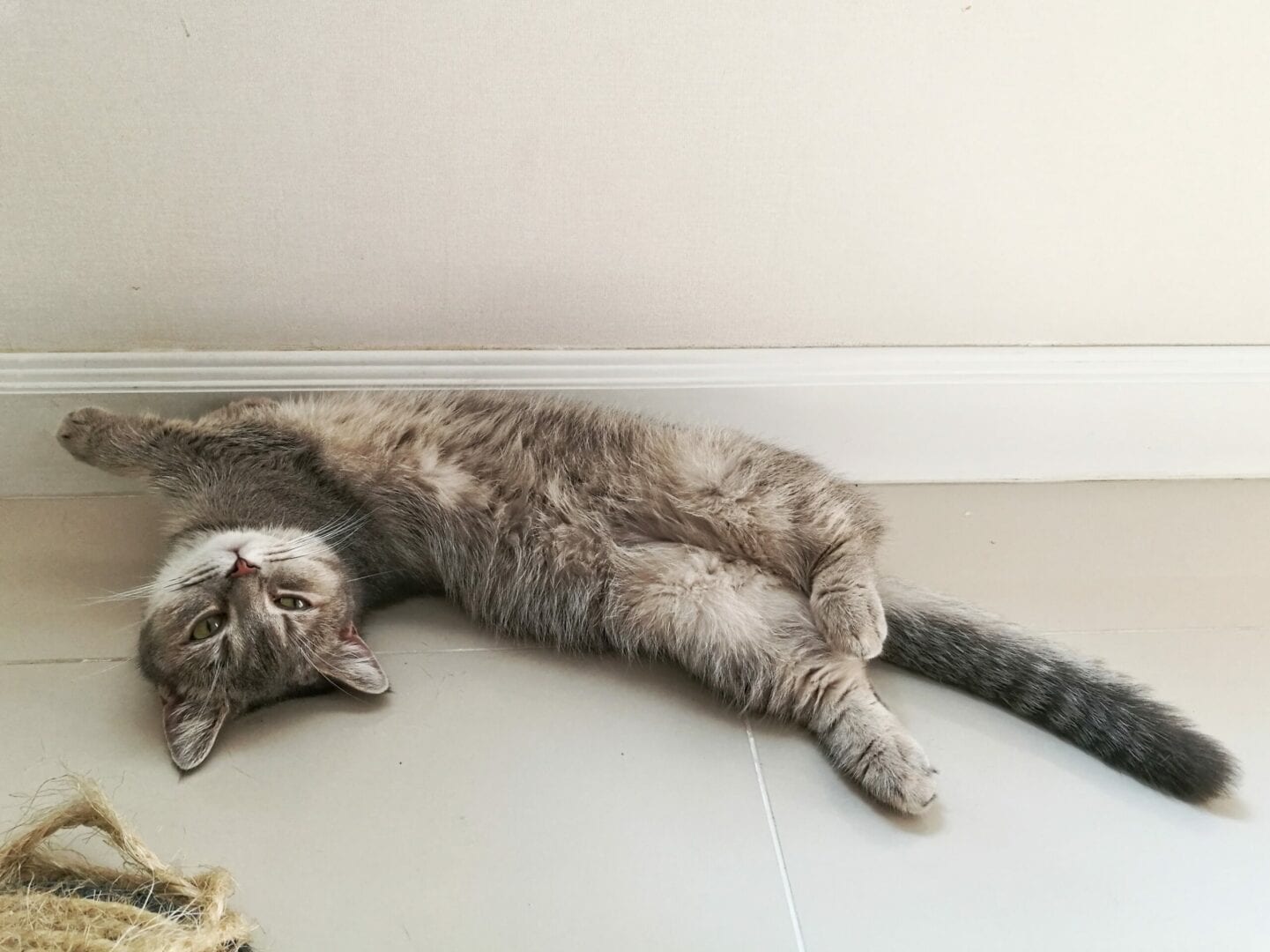 You can’t have cat-like reflexes without speed or strength. The feline family includes the fastest land animal in the world—the cheetah—and even your lazy house kitty is quick when they want to be. The average domestic cat can sprint at an impressive 30 miles per hour. This is about on par, and sometimes even faster, than the average dog (excluding the Greyhound, of course.)

Besides sprinting, cats are also quick to swat and pounce. Their combination of flexibility, speed, and eyesight allows them to strike out and jump into action with less than a moment’s notice. 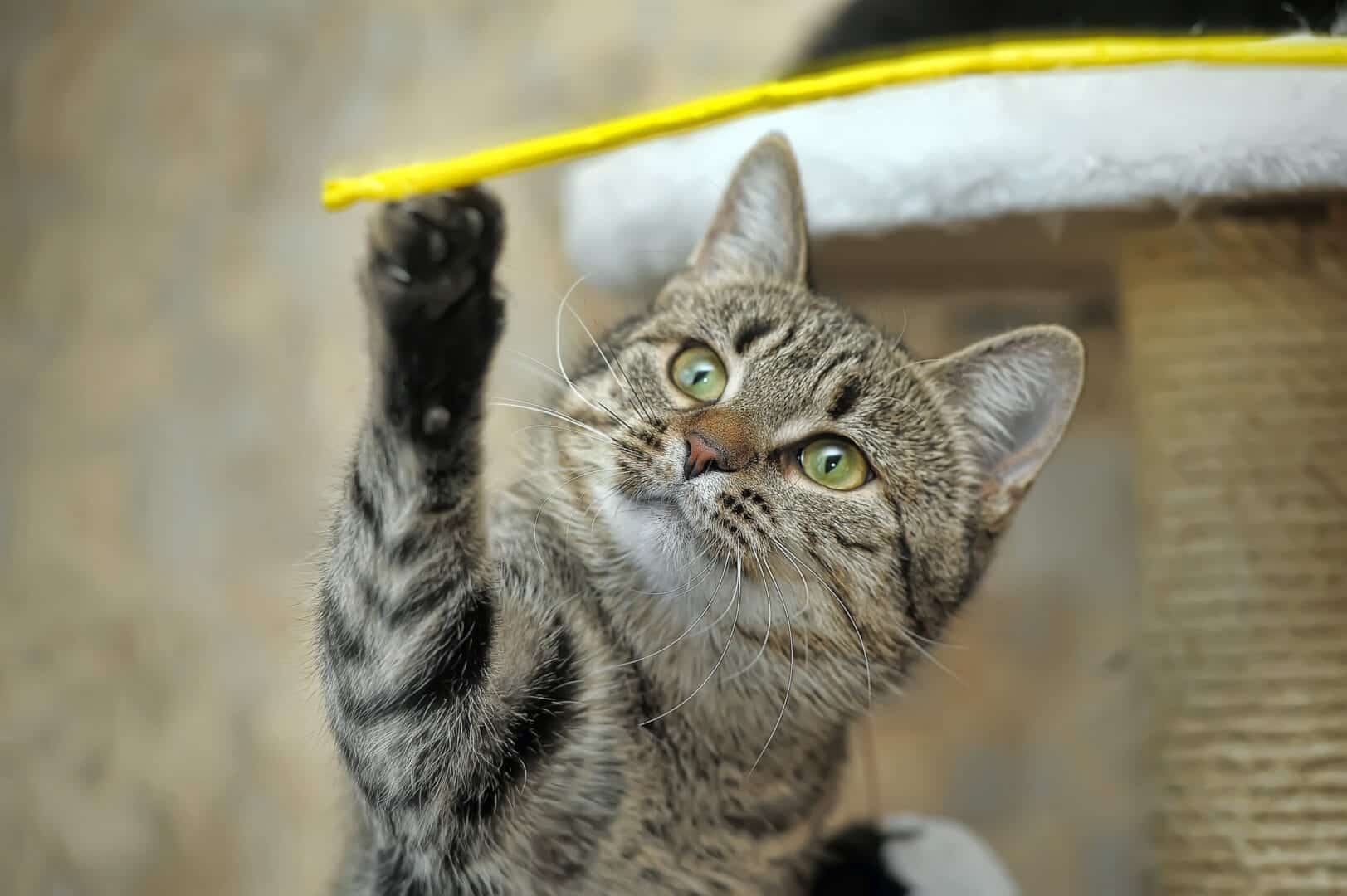 When it comes to strength, don’t let your cat’s small size fool you. A fit cat has flexible muscles that enable them to perform incredible physical feats. For example, cats can jump nine times their height from a standing start. Imagine a six-foot human suddenly launching themselves 54 feet in the air, that’s how strong cats are.

All of these physical abilities, skills, and natural instincts combine to give cats their extraordinary reflexes. It takes them barely a second to think about what they need to do and act on it. You might have the occasional moment of knee-jerk response, but any human would be lucky to have true cat-like reflexes.

Why Do So Many Tuxedo Cats Have Ultimate Cattitude?

Feline 411: All About Cat Eye Colors

Is Your Cat Right Or Left Pawed?