Ever since I was a kid, if I saw one of my cats eating grass, I knew what was going to come afterwards. And if I was lucky, it would be somewhere outdoors so that I didn’t have to clean it up. As any cat owner knows, cats will eat grass to settle their stomach and induce vomiting. Right? Well, a recent study out of University of California, Davis School of Veterinary Medicine begs to differ.

Just recently, the results of this study on cats’ reasons for eating grass was presented in Bergen, Norway at the annual meeting of the International Society for Applied Ethology. 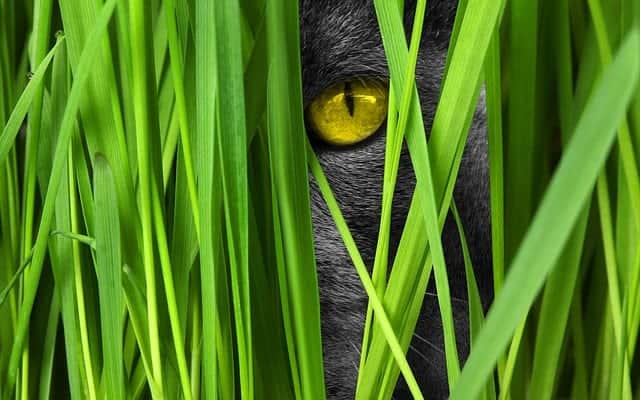 For the study, 1021 cat owners were surveyed, with researchers spending at least 3 hours per day observing and mingling with the participating cats to uncover the real reason why cats eat grass.

(Cats that were indoor-only without access to plants and outdoor cats whose owners could not observe their behavior were excluded from the study.)
During their time spent with researchers, it was seen that the act of eating grass was an extremely common behavior among all of the cats observed. So much so, that only 11% of the cats in the study took refused to eat the grass that was offered to them. But of these cats who nibbled on the grass, it was determined that only a quarter of those who chewed the grass vomited afterwards. And of those cats in the study who did nibble on the grass provided to them, 91% showed no clear signs of being sick before they chewed the grass.

According to SmithsonianMag.com, among young cats under 3 years of age, only 11% were regular hoarkers, despite 39% of them eating plants every day, in comparison to 27% of cats 4 years or older. 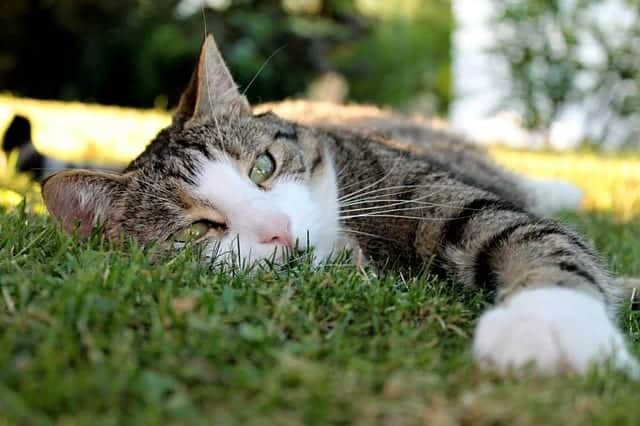 The final result of the study was that “the vomiting is merely an occasional byproduct of eating grass—not the objective.” 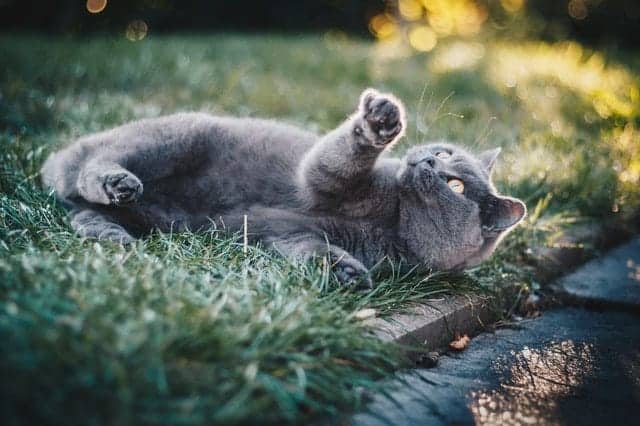 So, essentially cats eat grass because to them, it’s appealing!

The reason for the study on why cats eat grass was to test a theory that was developed after observing chimps and other wild animals that will munch on grass as a means to expel intestinal parasites. But thankfully our feline friends are domesticated and no longer plagued with parasites as they once were. (We also should note that that this research did not dive into the connection between cats eating grass to expel hairballs, however.) 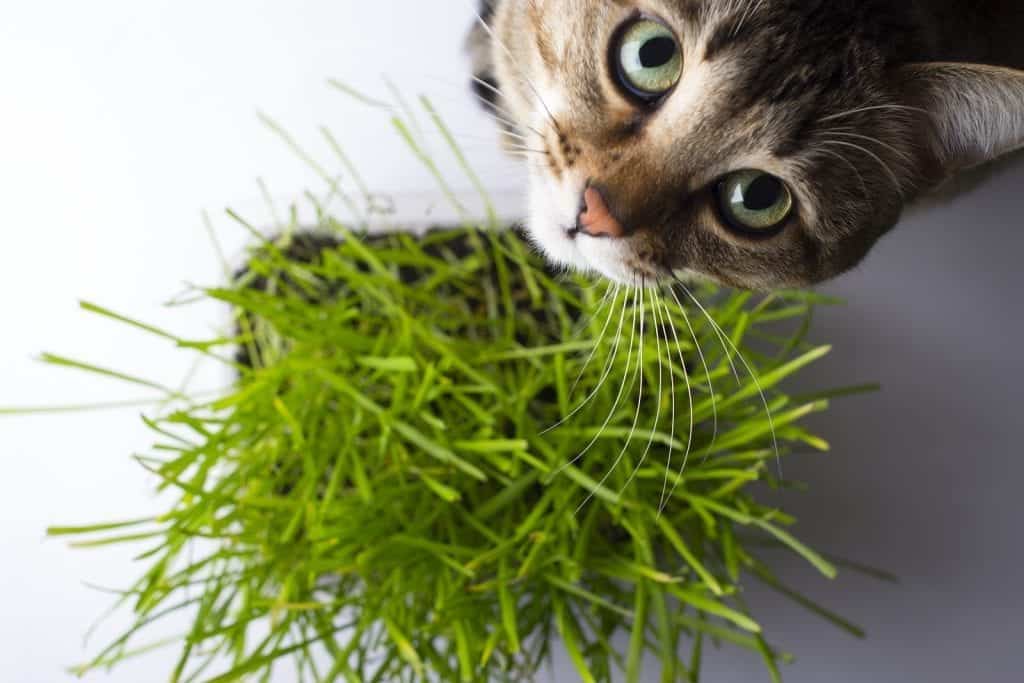 So what does this mean for us, cat lovers? Well, according to researchers, we should offer our cats some cat-friendly grass to chew on from time to time. And additionally, that our cats are not throwing up out of spite or on purpose. At least we don’t think they are! Why Your Cat Sleeps On Your Head, & Other Odd Cat Behaviors Explained!