Is Your Cat Right Or Left Pawed?

The next time your cat takes a swat at your dangling ponytail or knocks your water glass off the table, pay attention to their paws. Those cute little paws can get into a lot of mischief, but did you know that like humans, cats can favor one side over the other? Cats have laterality, which means they can show dominance on either the right or left side of their bodies. They’re not the only animals that have it; rats, some amphibians, primates, and even whales also show evidence of having a dominant side. The interesting thing about cats is that knowing whether your cat is left or right-pawed could potentially give you insight into their personality. 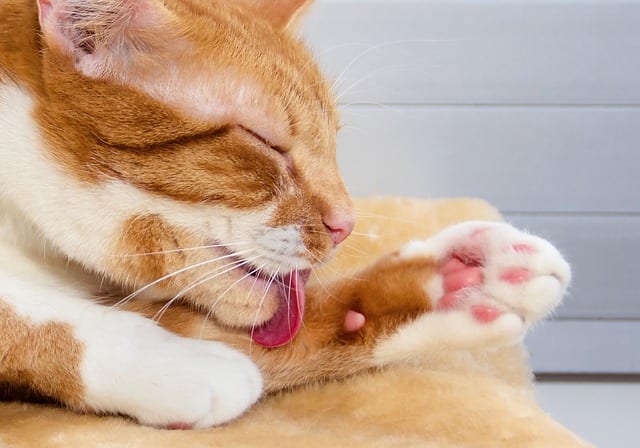 Paw preference in cats isn’t a widely studied subject, but a small study published in the journal Animal Behavior gives valuable insight into the topic. In the study, researchers collected data and observations on 44 cats of varying breeds over a three-month time frame. Unlike other lab-based studies, these cats were observed by their owners in their home environments. This ensured they acted completely relaxed and natural.

Researchers were looking at whether or not the cats showed predictable preferences for paw use. The cat owners paid attention to which paws the cats used to swat or touch things and which side they led with when walking down stairs or stepping over the raised edges of a litter box. They also staged experiments where the cats were observed retrieving treats from a food maze. 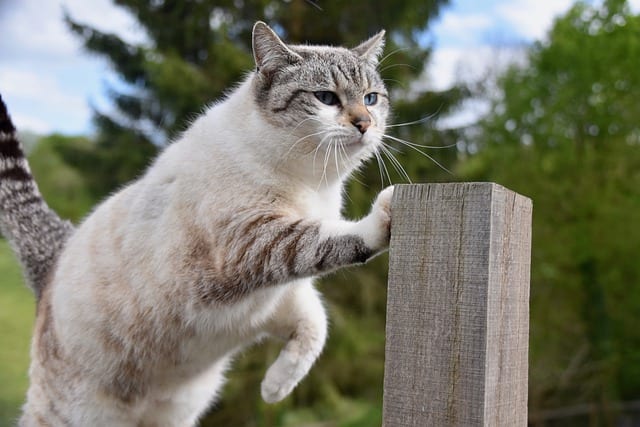 What Gender Has to do With It

In addition to looking at the group data as a whole, researchers also noticed a trend when comparing male and female cats. Both genders exhibited signs of laterality. The male cats, however, were much more likely to show left paw dominance. The females most often chose their right paws.

This information is clearly different from how laterality works with humans. There is no evidence to suggest left or right hand dominance has anything to do with gender in humans. It’s estimated that only 10% of the human population is left-handed. This number, however, is most likely skewed based on the fact our world caters better to right-handed people (spiral-bound notebooks, school desks, laptop track pads, etc).

In cats, however, evidence shows that if you have a male cat, they’re most likely left-pawed. Your female cat is most likely right-pawed. Study author, Deborah Wells said,

“The findings point more and more strongly to underlying differences in the neural architecture of male and female animals.”

The question of why male and female cats show different paw preferences has yet to be answered. Researchers say it could have to do with a difference in the balance of hormones. It could also be something more instinctual linked to personality differences between male and females. 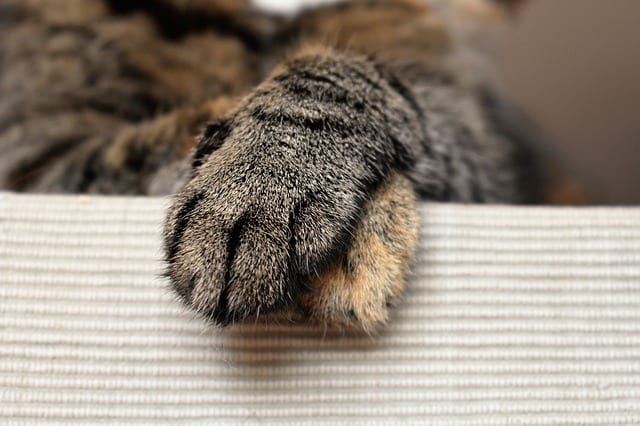 Could it be About Personality?

Wells also noted in the study that paw dominance could potentially be linked to personality and even physical health. She wrote,

“Ambilateral animals with no preference for one side or the other, and those that are more inclined to left-limb dominance, for example, seem more flighty and susceptible to poor welfare than those who lean more heavily towards right-limb use.”

She cites a different study that shows that left-limbed dogs are “more pessimistic in their outlook” than right-limbed dogs. We’ll need more research to know for sure. But this evidence could suggest that personality and paw dominance are linked in cats.

This could potentially be helpful for cat owners who want to know more about their individual felines. If the cat is left-pawed, for example, they might be more sensitive to stressful situations. Their paw dominance could reflect that they’re more susceptible to stress and the health effects that go with it.

For now, the only thing we know for sure is that the cat in your house is either left-pawed or right-pawed. Start paying more attention to their movements to discover which side your cat favors. You might even be able to link their personality with their paw preferences.

How To Train Your Cat To Come When Called

Feline 411: All About The Turkish Van Cat Breed

Feline 411: All About Cat Eye Colors

Study Shows Rescue Cats Can Be Great For...