There’s something endearing about cats in the way that they look as if they’re judging us all the time but that we can’t help but love them. It’s one of their many charms you could say. For one recently adopted kitten out of Arizona, he found internet fame thanks to his natural ability to look like the judgiest kitten on the whole block.

Everyone, meet Judgy Roger. A disapproving feline face that found its way to Reddit—and a forever home! 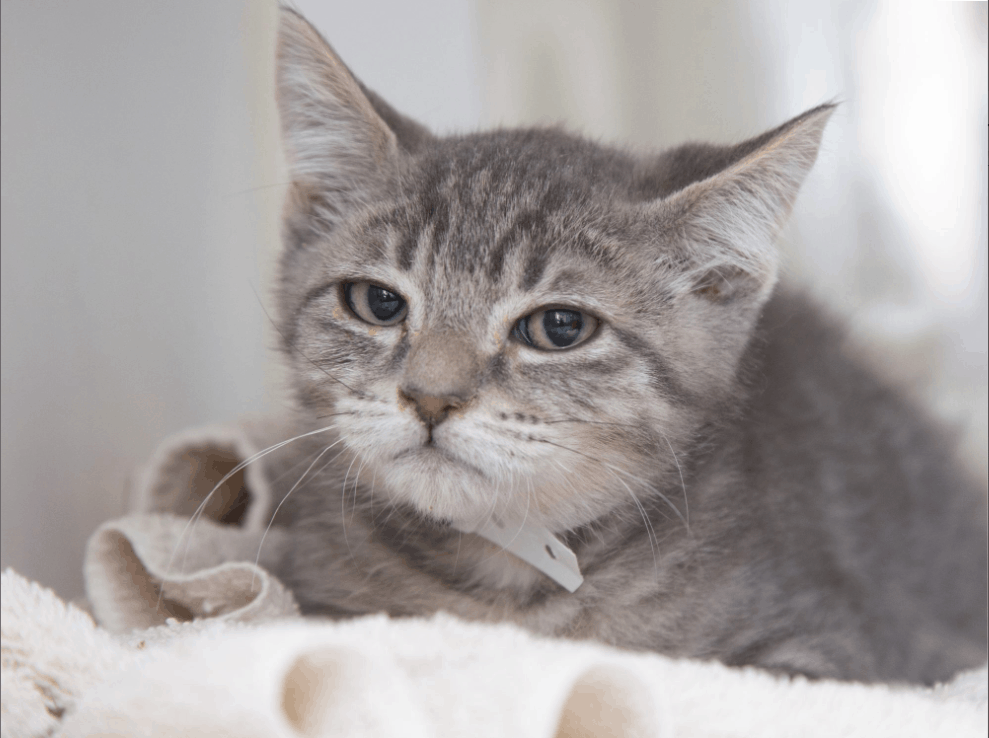 In a post shared by the Arizona Humane Society on July 30, 2020, they let their followers know about Roger, the four month old kitten whose photo found its way to Reddit. In the post, they shared that:

Roger, the newest adoptable kitten on the block, has acquired some fame on Reddit for his adorable, and slightly judgy, photo 😹 Roger is a very sweet 4-month-old kitten, but he finds comfort in the company of other cats and struggled with being alone when his kennel mate was adopted. He will need to go home with another social cat who can help bring him out of his shell and be less, well… judgy. 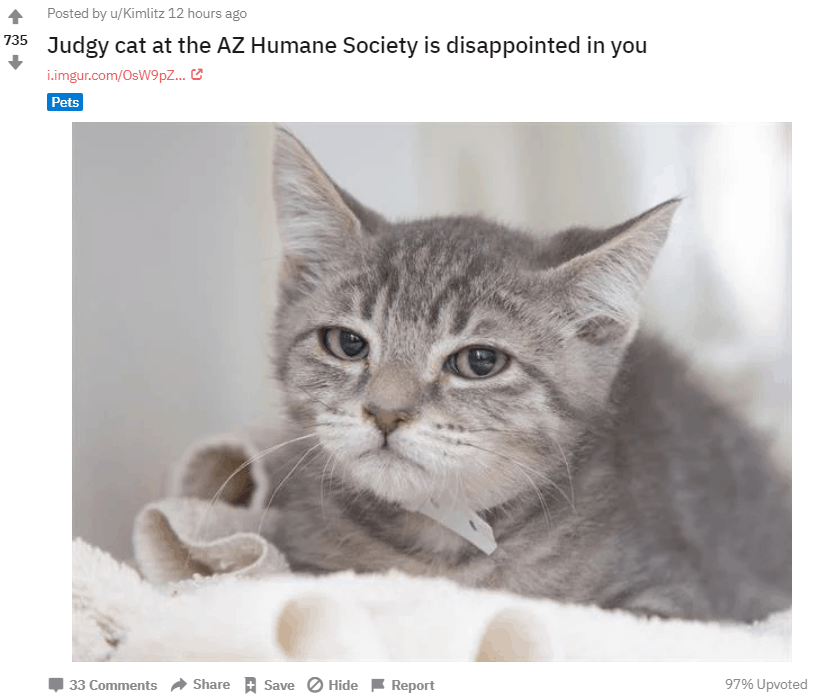 Little Roger is clearly a cutie, and don’t let those harsh looks fool you. He’s a total lover! According to his new cat mom, Patty McNeel, she told AZ Family that when she first met the kitten, he was smitten—as was she!

“The way he cuddled. He cuddled up when she brought him in the room. And he purrs. He sounds like a little motorboat.”

Arizona Humane Society shared an update of Judgy Roger’s adoption, along with the following cute photo of the two together, saying that: We are so happy for Roger and his new mom, Patricia, and wish them a judgement-free lifetime of unconditional love! 🐾❤️ 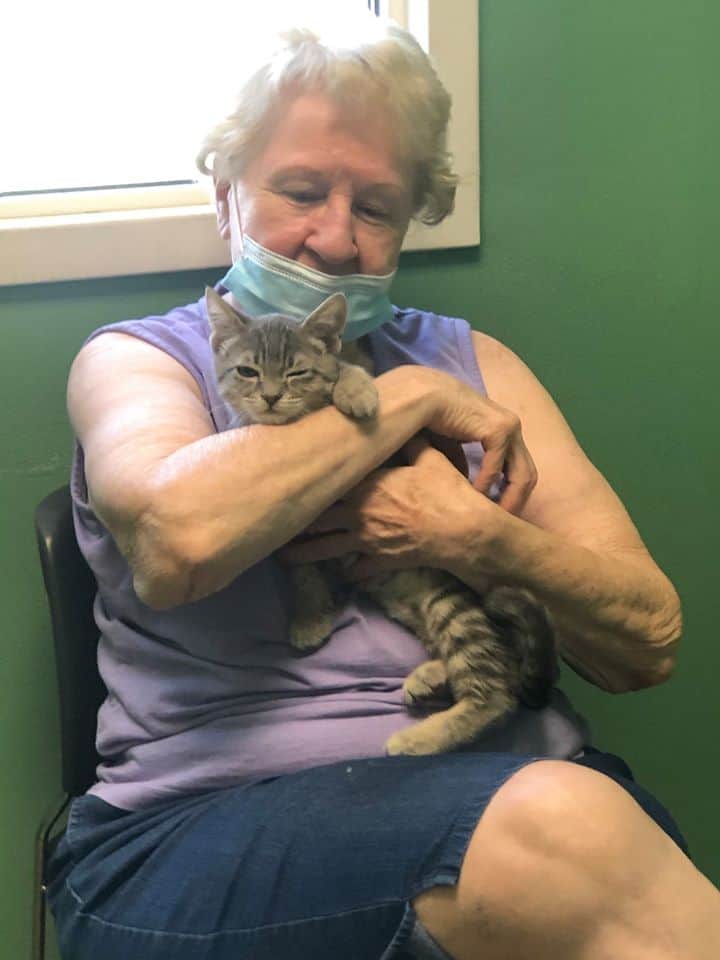 Check out this news story below to learn more about Roger’s story:

There’s something special about those cute cats that naturally judge, like Grumpy Barbara. She’s a personal favorite of mine. Read her sweet story here, of a cat who was once labeled “too aggressive” to be adopted, but now she spends her days being loved and giving love in return. She’s just too darn cute! 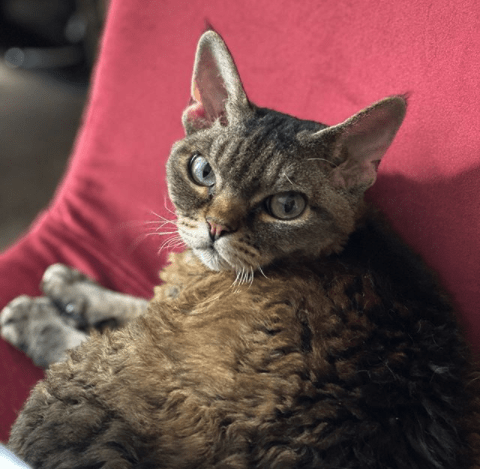 Five Super Cute Things Cats Do And Why They Do Them