Local Cat Has His Own Facebook Group Of 50K Adoring Fans

Cats are magical creatures, I must say. They have this innate ability to wrap their tails right around our hearts. The effortless charm of some cats is undeniable. And for one cat named Mittens in Wellington, New Zealand, he has almost fifty-thousand adoring fans who happily follow his every move. So much so, they’ve even started a private Facebook group in his honor! The Wondrous Adventures of Mittens is a special group dedicated to documenting this fantastically fluffy feline and his many adventures about town. Oh, and they also feature another fetching feline named Latte, too.

Like most boss cats do, Mittens is a cat who simply does as he pleases… 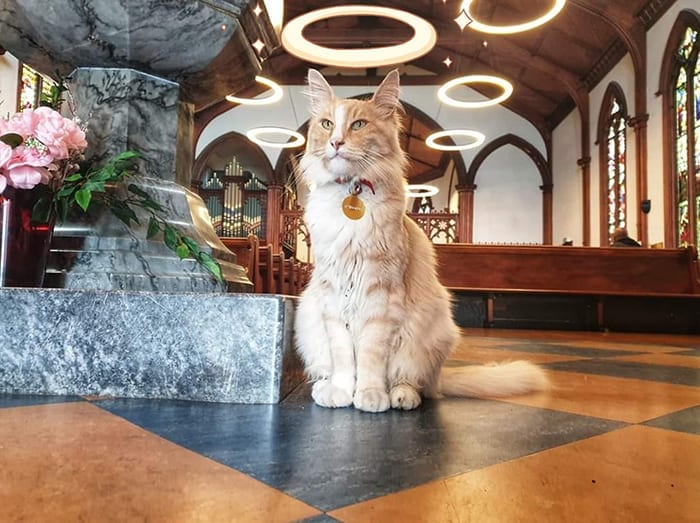 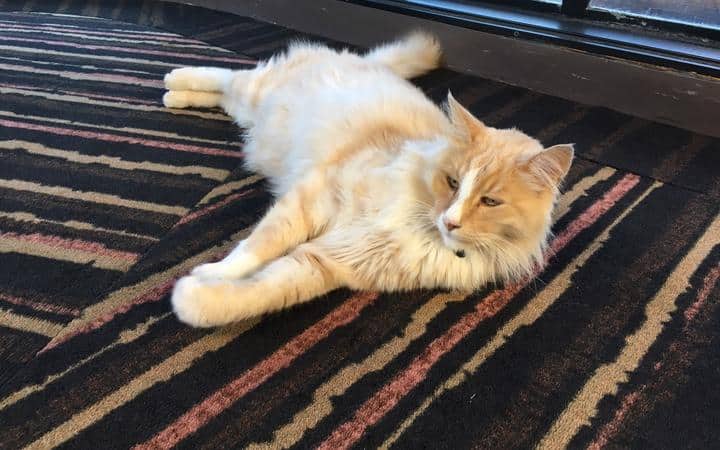 Mittens and Latte do have an owner. And their thoughtful owner is happy to share them with the good people of Wellington. As we all know, cats spread joy. And why take that away from his adoring fans? The Turkish Angora is a cat of the people of Wellington and he wouldn’t have it any other way. He’s so loved, in fact, that the Wellington Museum commissioned a mini-exhibition in his honor!

The exhibit is called Mittens – Floofy and Famous, and it runs from July 4 – October 11, 2020. There, museum-goers can get a “peek into Mittens’ artistic inspiration, home life and general padding about town.”

Mittens, as you can see, has enough cool cattitude to go around for days! 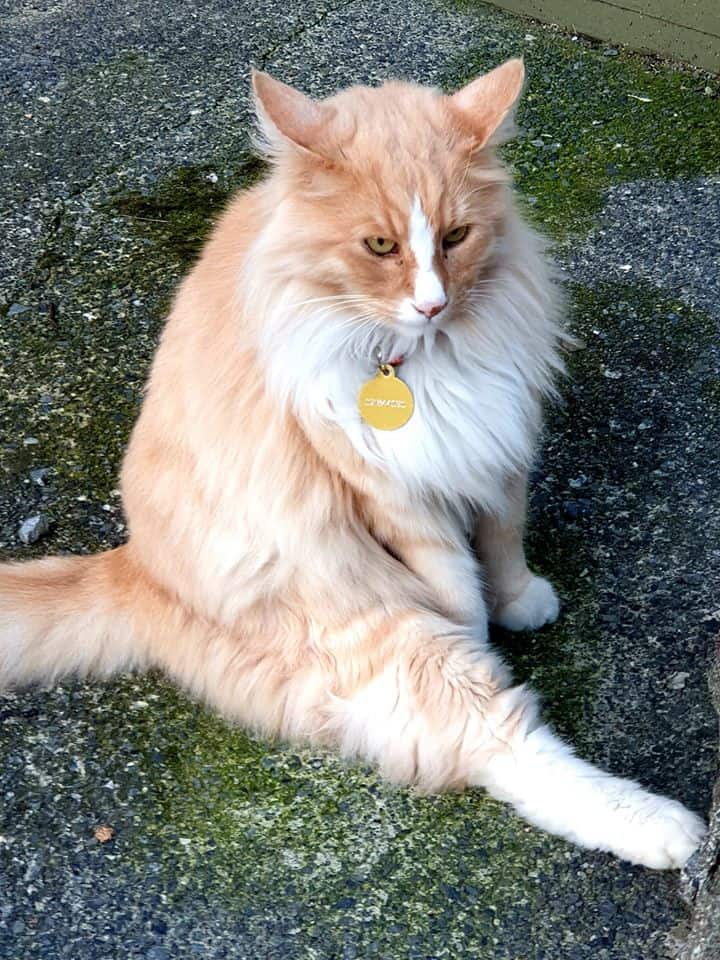 He often finds himself in shops and businesses—and even universities! Here he is just hanging out at Te Herenga Waka—Victoria University of Wellington… 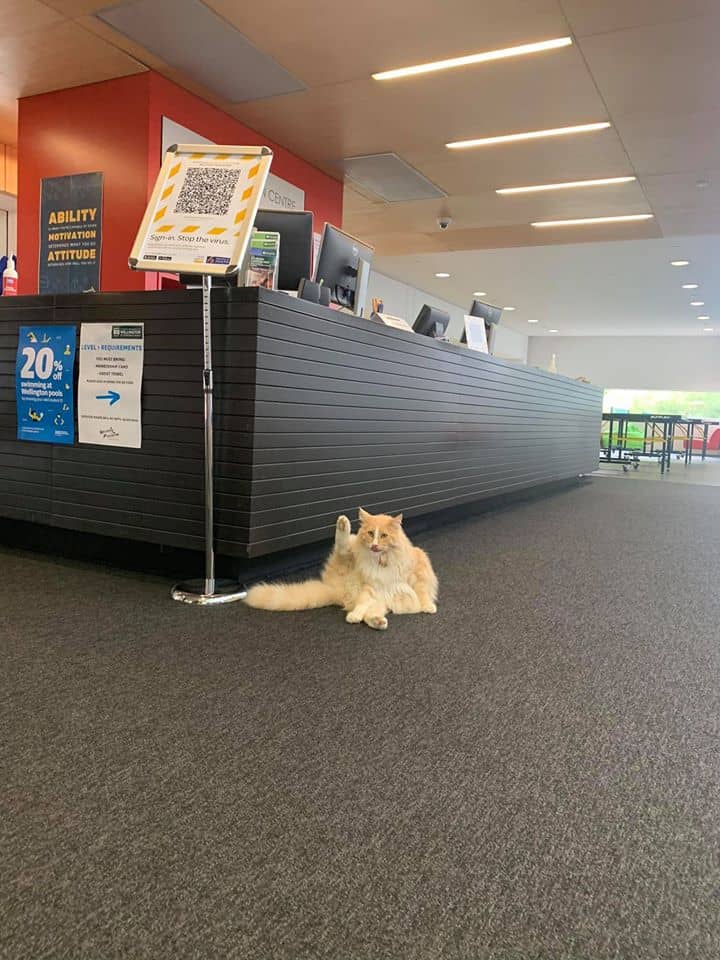 In regards to his growing fanbase in the Wondrous Adventures of Mittens Facebook group, admin Sam shared with Bored Panda that,

“Mittens had been somewhat known in Wellington and previously in Auckland for a while. I do think that he gained more fame after the Facebook group was created and word started spreading! As for his recent global fame, I really have no idea how that started! International members have been joining the group for a while as people invited friends and family.” 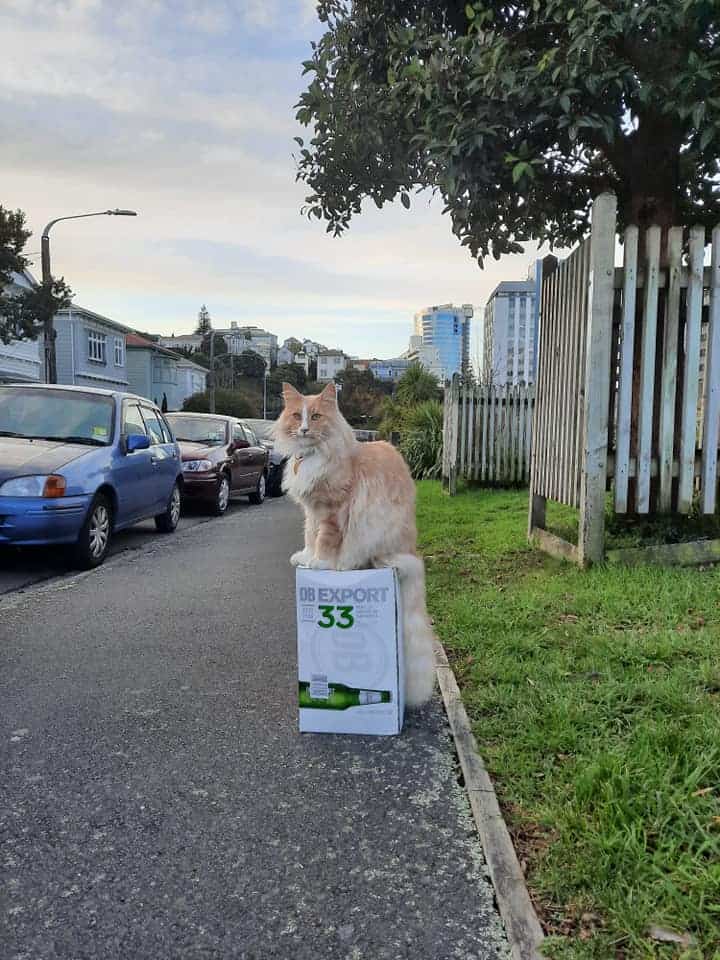 Wellington Mayor Andy Foster has even awarded a key to the city to this famous feline, and his own special certificate to go along with it. So fancy! 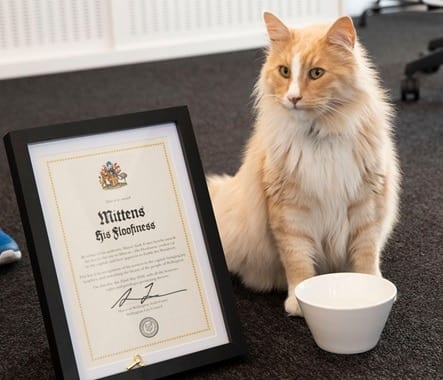 Mayor Foster was quoted as saying that,

“He’s famous for roaming the CBD visiting businesses and homes, bringing his brand of coolness wherever he goes – the Key to the City pretty much acknowledges his daily routines.”

It seems that Mittens is a cat that likes to go explore simply because he loves the attention. Which, you guessed it, is one of the very reasons that many cats like to go explore! Despite what many think, cats are social beings that like receiving attention. And cool cat Mittens is certainly proof of it. The people of Wellington adore him, and most are eager to snap a photo when he graces them with his purrfect presence.

Mittens might be owned by one, but he is loved by all! 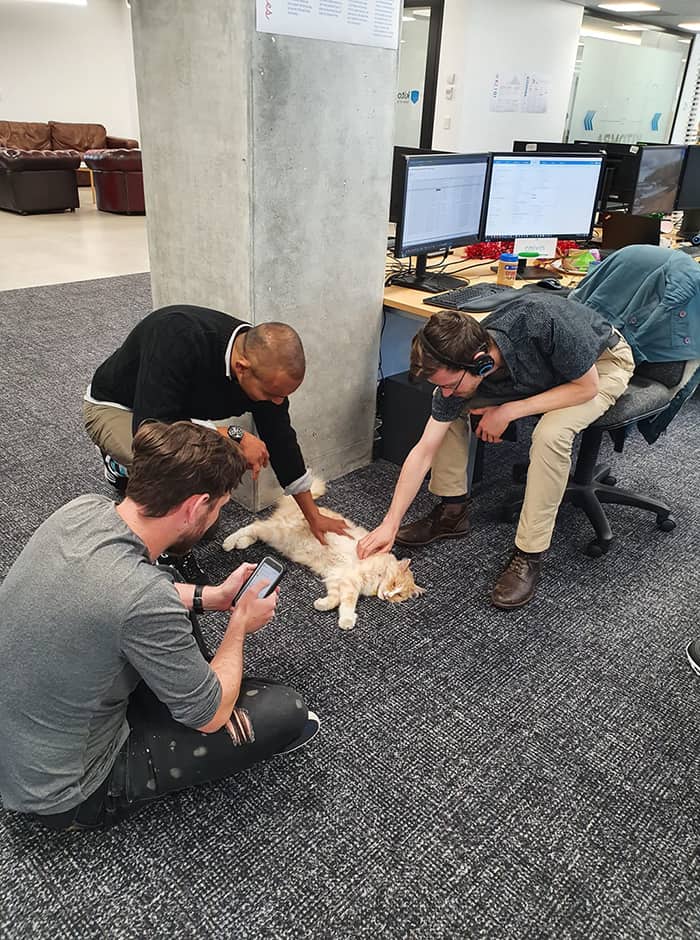 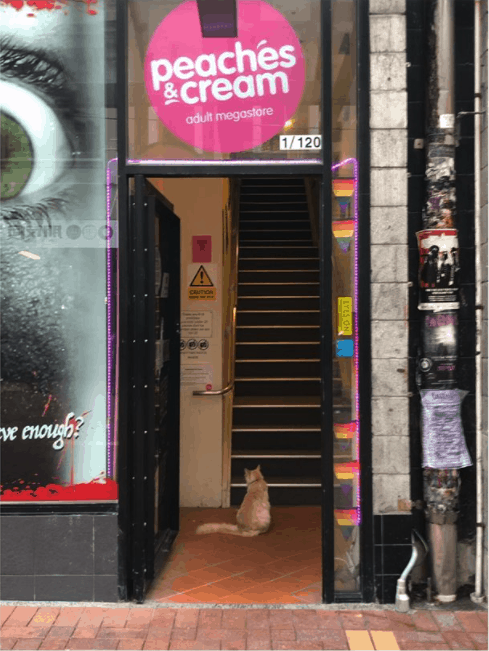 Sam also told Bored Panda that Mittens often gets reported to the local SPCA, but thankfully those calls have decreased in recent months. She says that,

“He was brought into the SPCA a few times also, which meant that his owner had to come and get him. We frequently (almost daily) got calls about him at the SPCA. I decided I would create a Facebook Group for him to raise awareness about the fact that he had an owner, was healthy, and knew how to get around the city. I created this group on 6th April 2018 and shared a link in the previously mentioned Wellington community Facebook group. 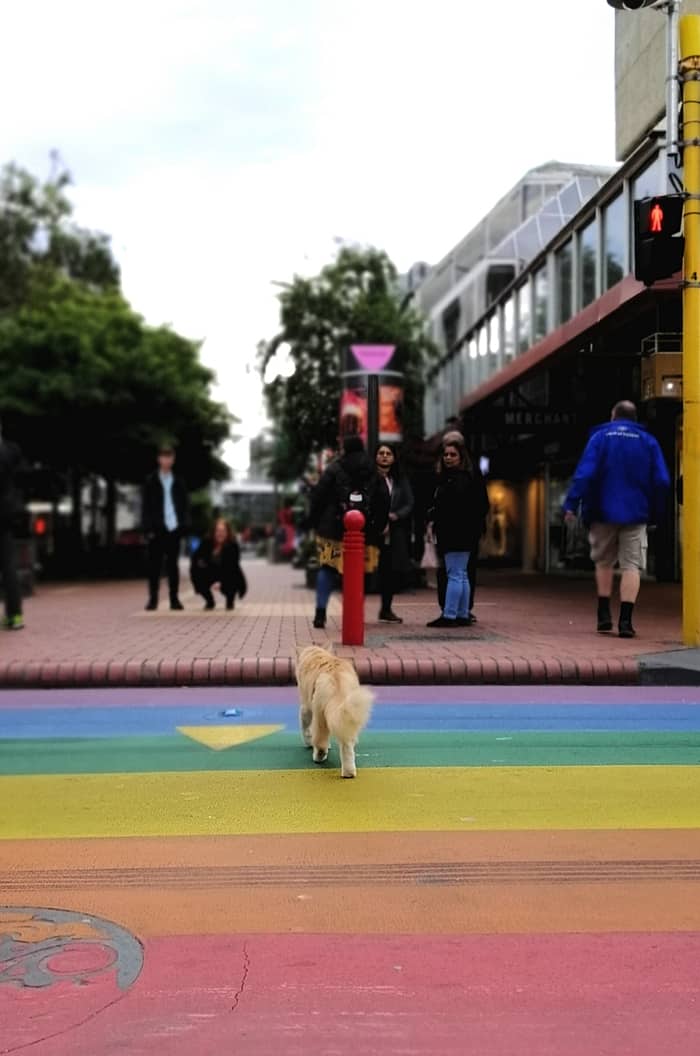 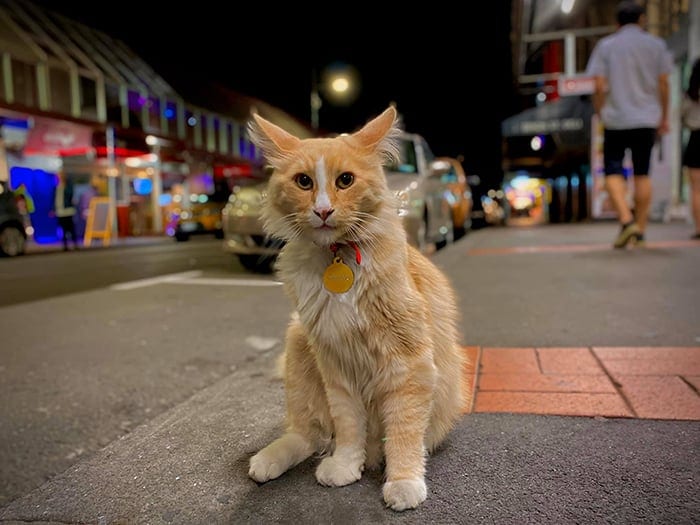 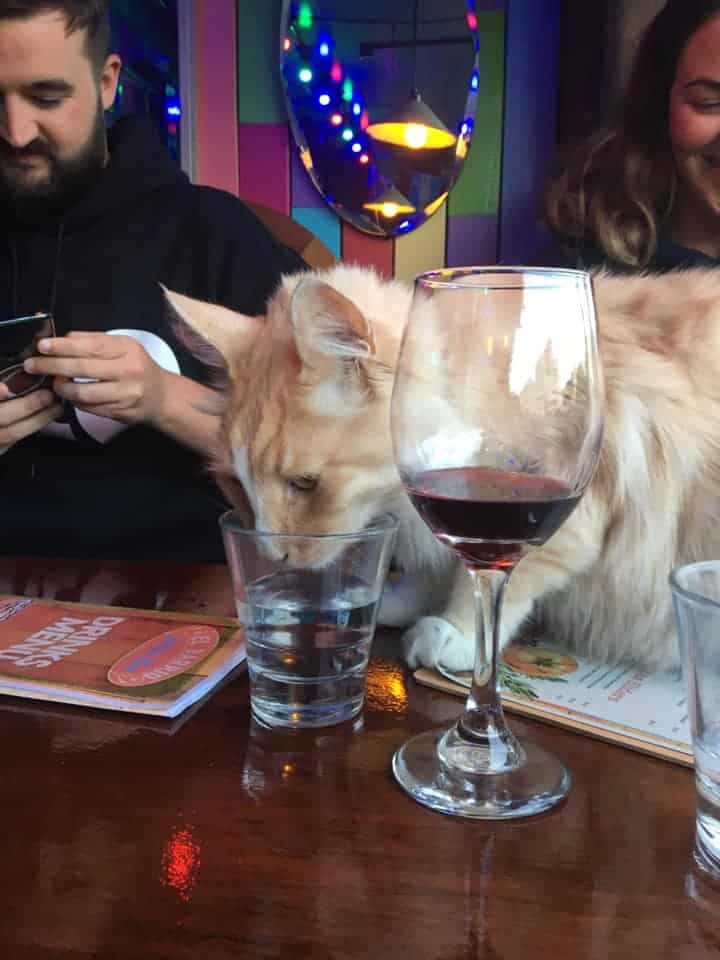 The group quickly gained members and the calls about him to the SPCA slowed down. His owner, Silvio, also said he wasn’t getting as many calls about him either. Mittens normally wears a collar with Silvio’s number on it, so you can imagine he got a lot of calls!”

Did I mention how lovely Latte is too? 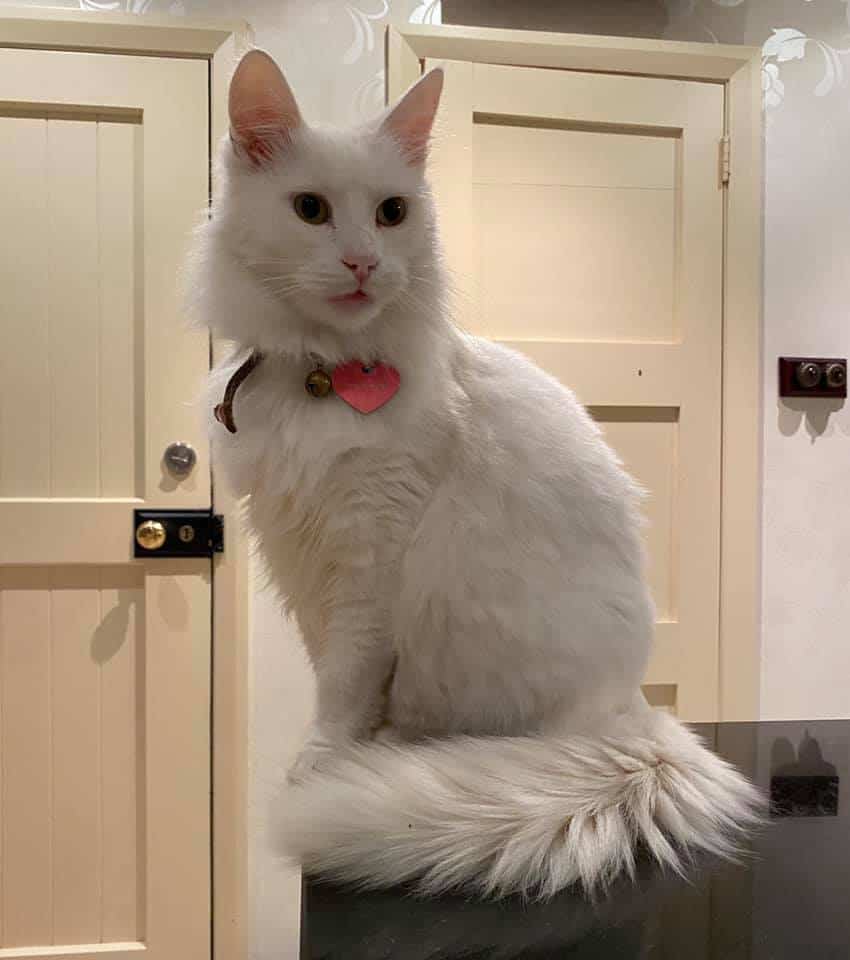 Can’t get enough of Mittens? Join the Facebook group dedicated to him so that you can see fun photos of this extroverted cat all the time.

All Images Courtesy of The Wondrous Adventures of Mittens

Want to read about a cat that leads a double life in the UK? Minnie the cat is a naughty girl who convincers shoppers she’s nothing more than a hungry stray. Read about her clever daily antics here on CattitudeDaily.com.