For one man named Kendall Diwisch, he’s a fast-thinker. And that’s a very good thing. Because if not, three kittens would not be here today. Alberta, Canada is well-known for its frigid temperatures, and Kendall works in the oil industry in remote areas of the province. He was going about his regular work day last week when he spotted what he thought was a pile of trash out on the ice. 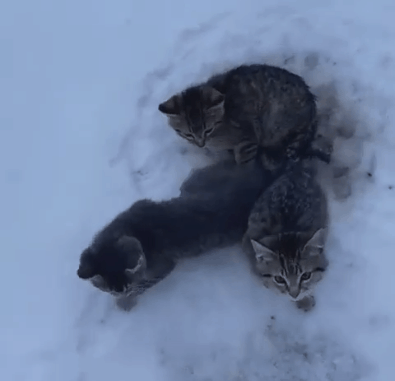 After taking a closer look, quickly Kendall realized that it was much more than that. He had to think quickly, as the lives of three abandoned kittens were at stake. There, frozen to the ground, they cried out to him hoping that he could free them from the ice. By getting creative with the thermos of lukewarm coffee that he had on hand, Kendall was able to free the kittens from the ice and spare them from certain death.

But he didn’t stop there! He took the abandoned kittens home with him, got them warm and fed, and began his search to find them forever homes.

Kendall shared his story and video on his Facebook page on January 22nd, and quickly it started going viral. In his post, Kendall said:

So today I found these three fellows on one of the back roads near one of my wells. Most likely dropped off. Poor things were frozen into the ice so they had to have been there all night. Took them home fed and watered them they look to be healthy and friendly. If any friends are looking to have a new addition in their family, let us know as they will need homes. All three look to be males, and we also gave them dewormer. 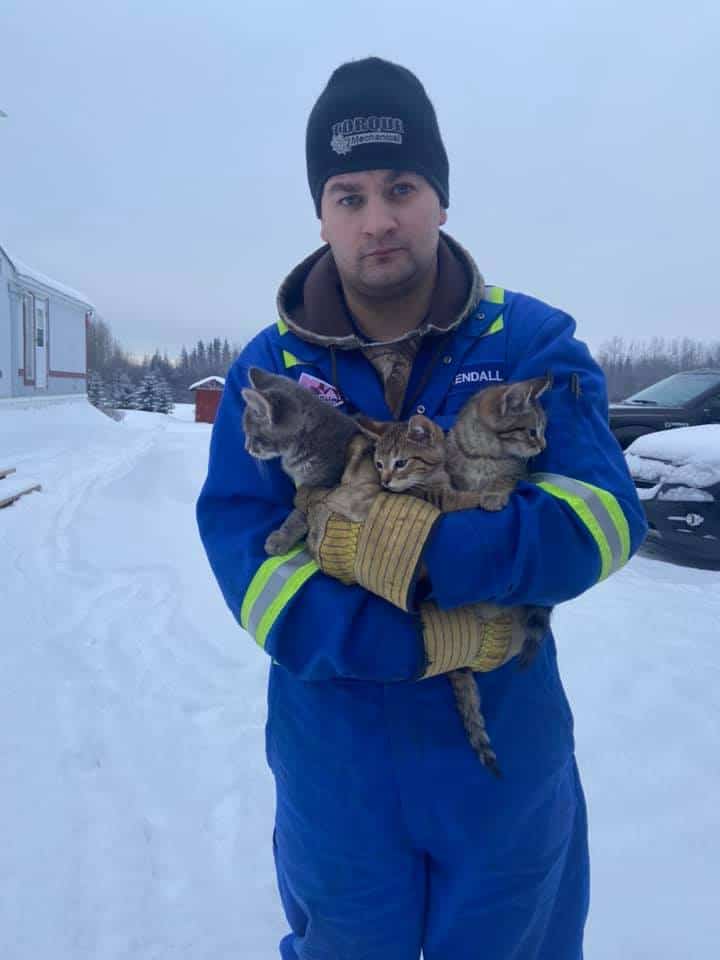 *UPDATE*
All three little rascals went to their new home today where they get to be together instead of separating them. All three are eating and drinking and very energetic. Thanks for everyone’s consideration and offering to take them very appreciated.

I love that all three of the kittens will get an opportunity to put their past behind them and grow old together all under one roof. If you ask me, the world could use some more kind-hearted men like Kendall! I know with the frigid temperatures the kittens wouldn’t be here today if not for his heroic act and quick-thinking abilities. 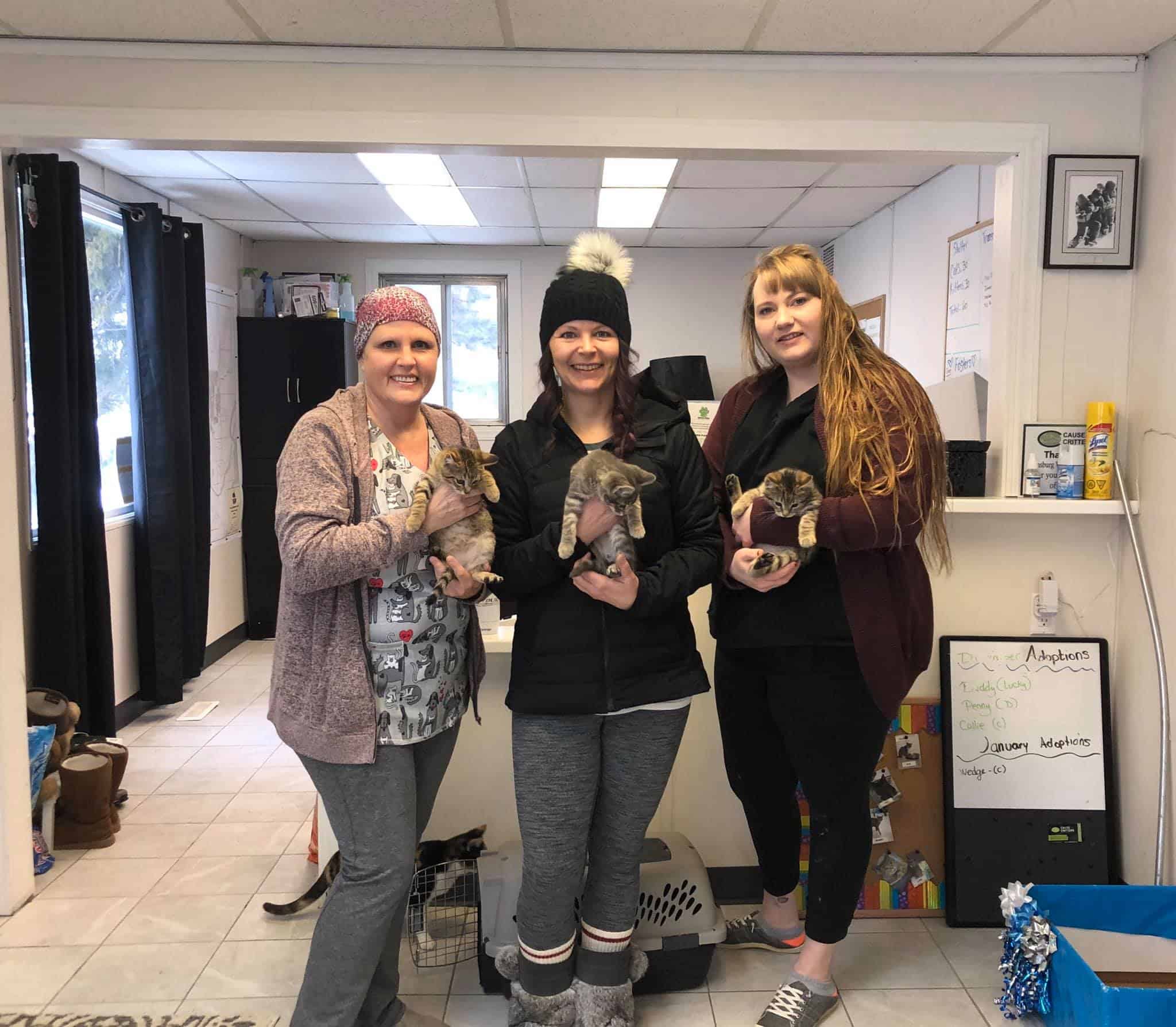 Any guy can like a dog, but it takes a real man to like cats I say! Thank you for saving these little babies, Kendall. You’re truly their angel.

Want to read another kitten story with a happy ending? Check out this story of a kitten rescued by a motorcyclist caught on camera!