Meet Aries The Ambassador Cat: A Special Needs Feline Who Is Truly Special

I’m a lover of all cats, but I must say, there is something truly magnificent about black cats. It’s almost as if we are given the chance to house a tiny black panther right in the comfort of our living room. For Aries the Ambassador Cat, he is a black cat that is one of a kind. And his differences are what make him special. He might stand out from a clowder of kitties given his unique appearance, but deep down he’s spunky and full of curiosity just like any other cat would be. 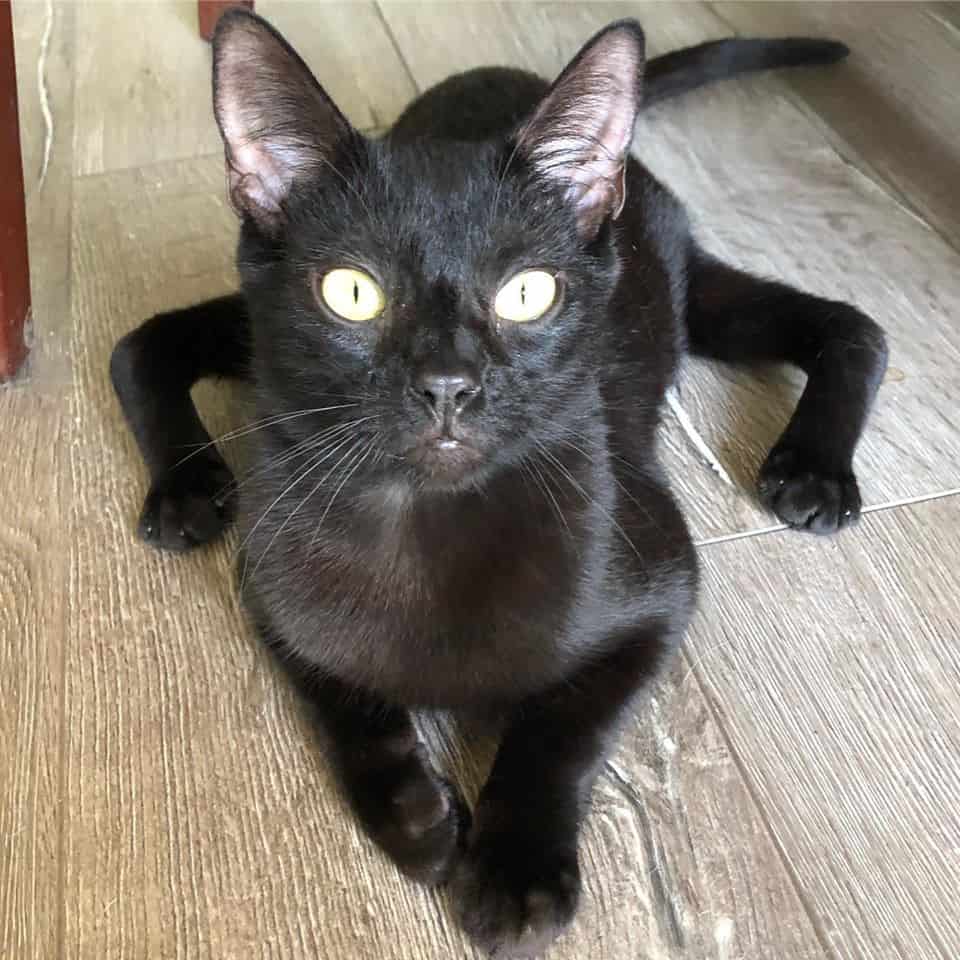 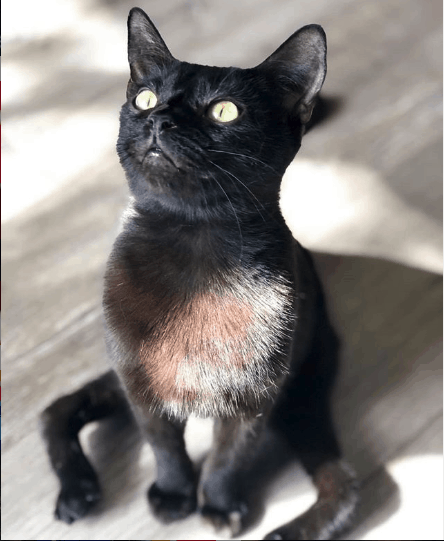 Aries the Ambassador Cat is a special needs kitty who doesn’t let his disability hold him back from living his best life. Together with his mother, a three-legged feral feline, he was adopted by Joe and Tracy Pitisci in March 2018.

With patience, his mother, who they’ve named Diana has learned that not all humans are bad people, either. Tracy says that,

“After many months of trust building, we are now able to pet and hold [Diana]. She was a great mom and is now affectionate, showing us the love that she once showed only to the kittens.” 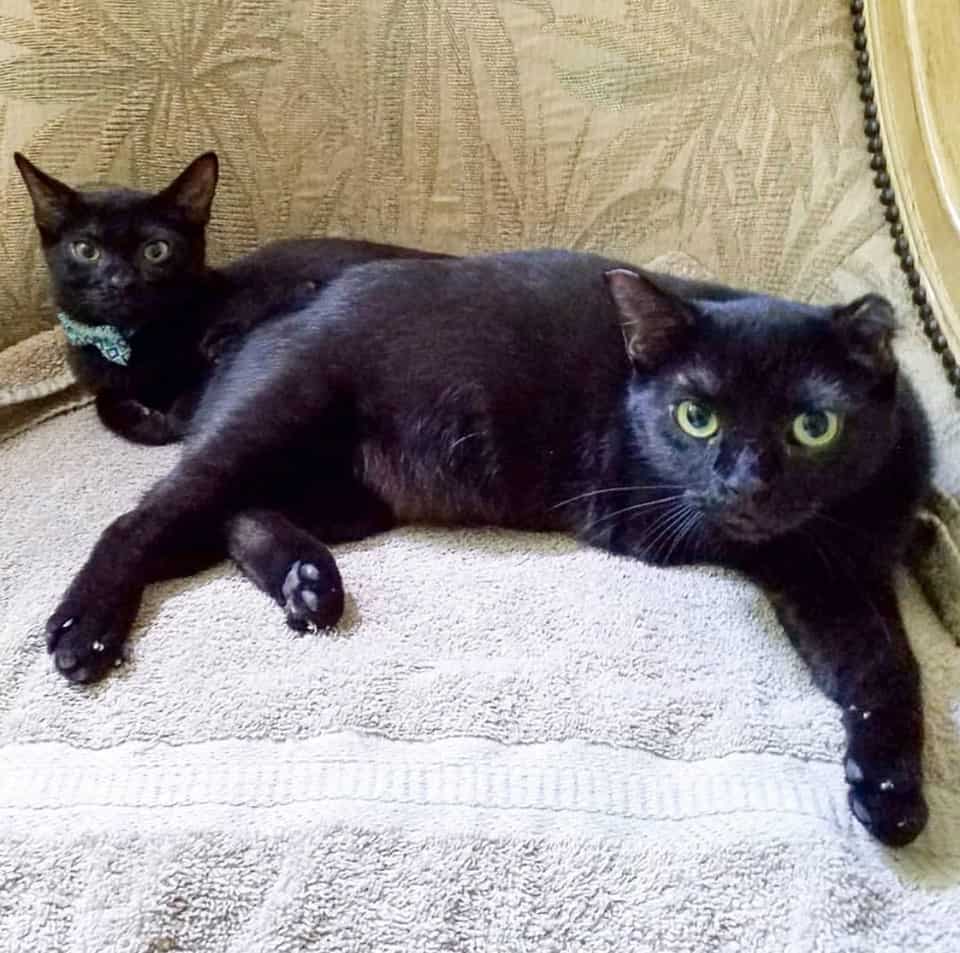 Back when Diana was still adjusting to her new life.

Aries with his mom, Diana. Clearly both of these gorgeous black cats have settled in nicely! 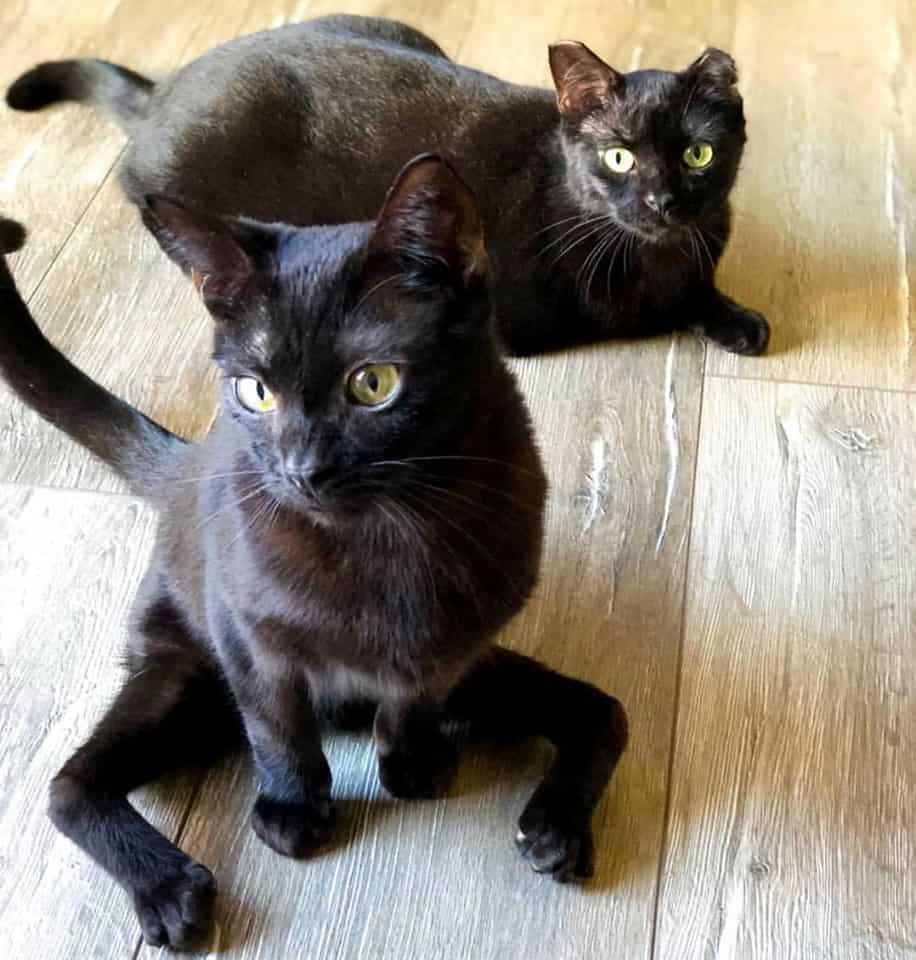 For Diana, she “now she sleeps on the bed each night and likes to be picked up and hugged. It took 10 months but it was worth it.”

Aries’ disability is likely due to a congenital defect that he inherited from his mother. Life might prove to be more difficult at times, but his owners are happy to help him every step of the way. Early last year, Tracy decided that maybe by sharing Aries with the world, he could help others. She told me that,

“…with Aries, I knew that I wanted to show the world to him, but what I realized later through the overwhelmingly positive responses to him was that maybe I needed to share Aries with the world.” 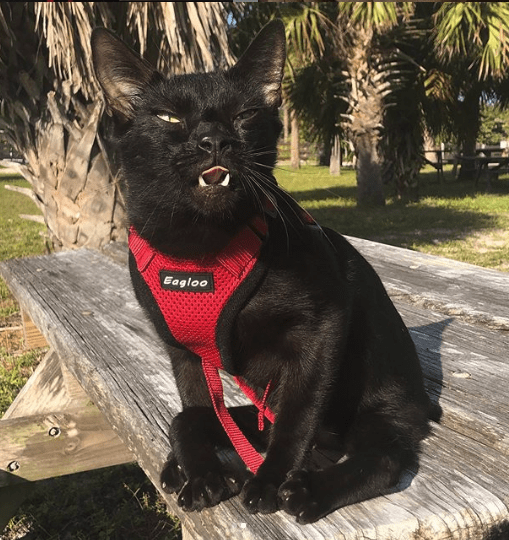 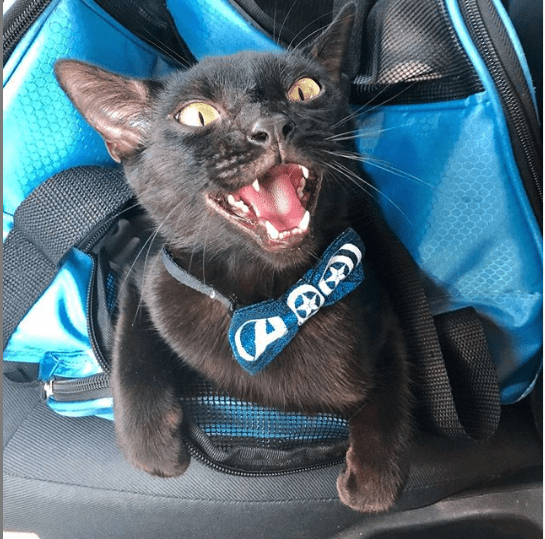 I know I don’t just speak for myself when I say that I’m sure glad that she did. Aries, you are simply one of the most precious kitties I’ve ever laid eyes on in my whole life.

His Facebook account reads that he’s “an unusual kitty experiences life and love while advocating awareness for animal rescue.”  My only hope after seeing him is that he can inspire people to give more special needs cats a chance.

Brace yourself for this Aries kitten cuteness overload right here: 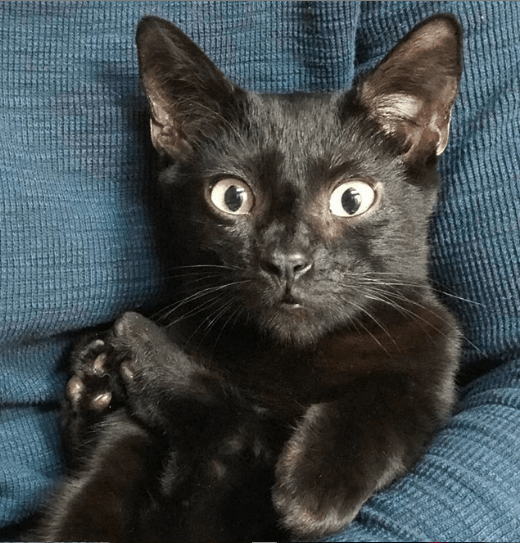 To see his videos and images and know how much happiness he feels each day warms my heart. Together with Joe and Tracy, he goes on routine outings and has never met a stranger.

This is a black cat that is definitely lucky. And he’s found humans that are striving to give him his best life each and every day. 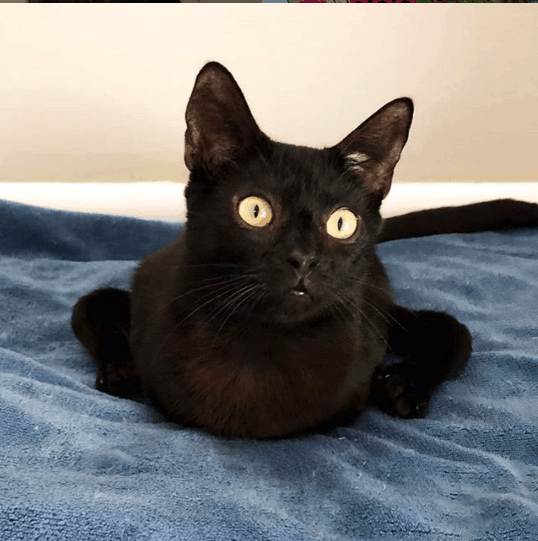 Want to see another black cat that you’ll absolutely love? Meet Monkey, the vampire kitty. He got his happy ending after being picked up off the road as a kitten. Don’t worry, he doesn’t want to suck your blood! 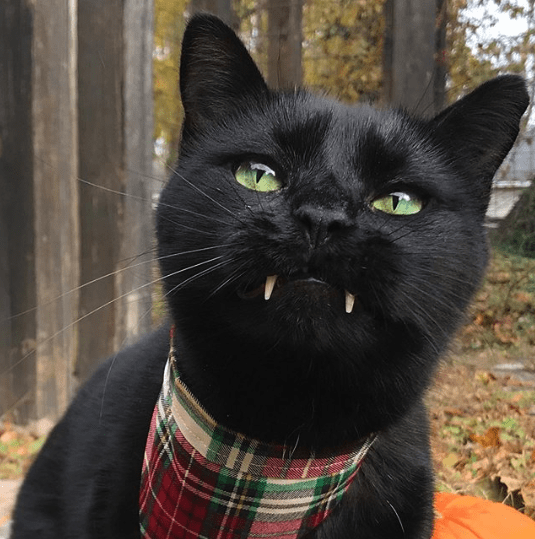 All Images Courtesy of Aries the Ambassador Cat

Artist Transforms Photos Of Your Cat Into Lovely Feline Portraits