Meet Frank AKA Frankenkitten: A Cat With Four Ears And One Eye

As we know, not all cats have an easy start at life. For one kitten born with four ears and only one normal eye, he and his sibling spent the first few weeks of their life underneath a house. Once the homeowners were made aware of the kittens’ presence, they brought the two little kittens into the the Geelong Animal Welfare Society in Victoria, Australia where they could receive medical care and hopefully find a suitable forever home. Shortly after arriving, Frankenkitten found a human who he could call his own and would love him no matter how he looked. 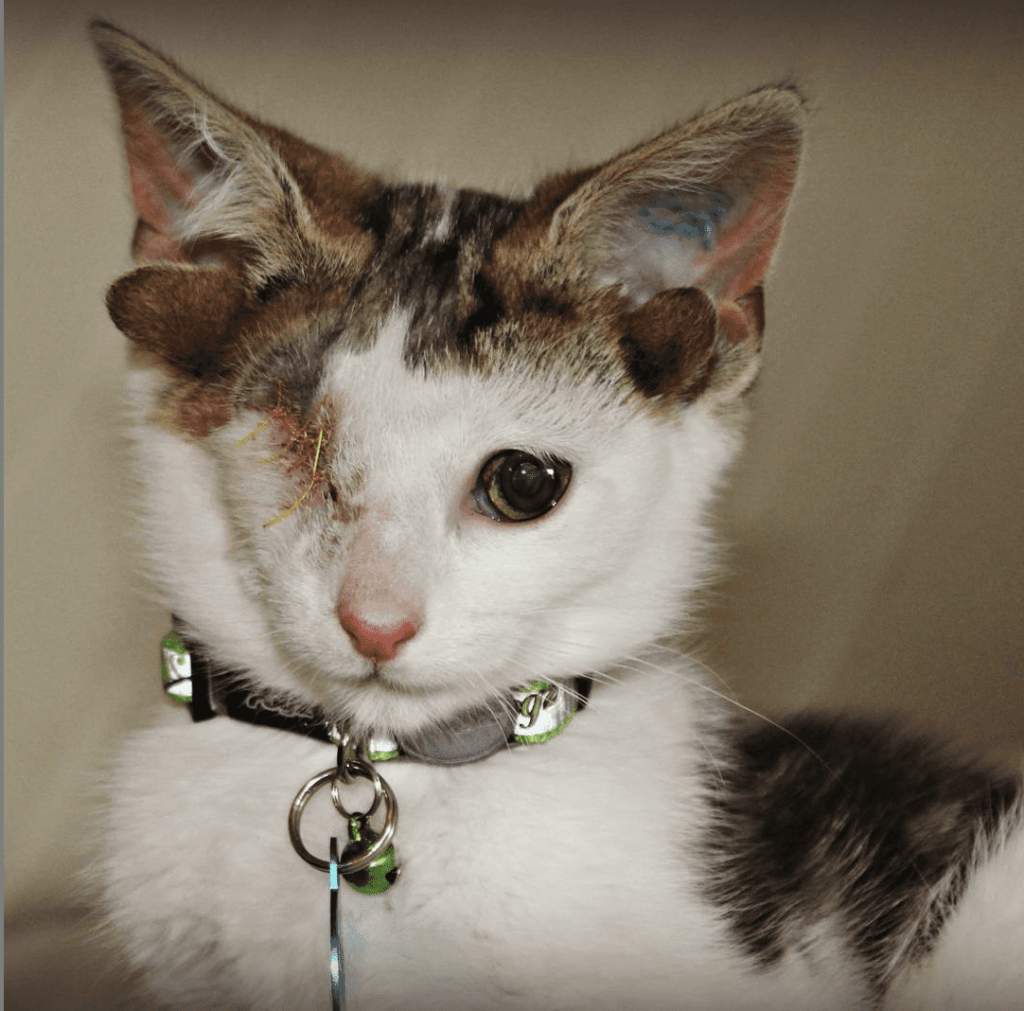 Georgia Anderson is an avid animal lover and volunteers her time at the shelter, and she was very curious about the new arrival that had shelter staff talking. Obviously it’s not every day that you see a cat come in that has four ears!

She volunteered to keep the unique kitten post surgery, because his deformed eye was badly infected and needed removal, and Anderson would foster him until he found a forever home.

“He would have been in a lot of pain. But the first thing he did when I picked him up was purr and rub his face on mine. I told the girls in the vet clinic that I would foster him for recovery after his eye removal.” 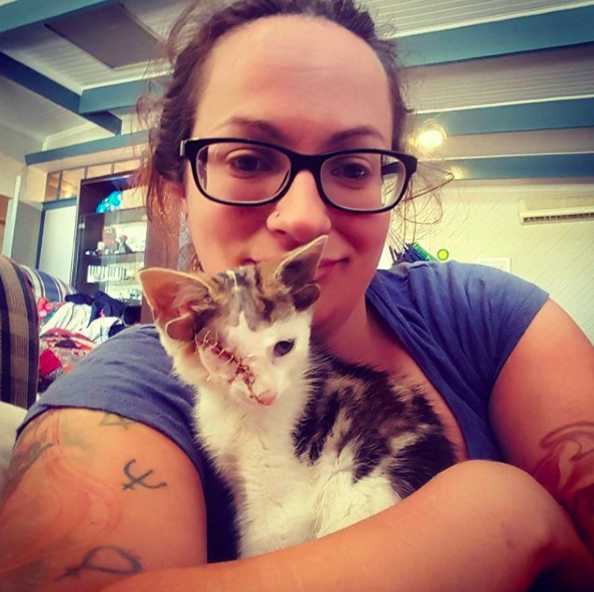 But, the very next morning once he was home with her, she knew that they belonged together.

When I got him home, he was very dopey and in pain, but still had so much love and affection for me, the kids and other animals. By the next morning, I’d decided that I wanted to keep him. I’ve probably fostered around 80 cats and kittens in the last year, and he was the first one that I knew I would regret giving back. 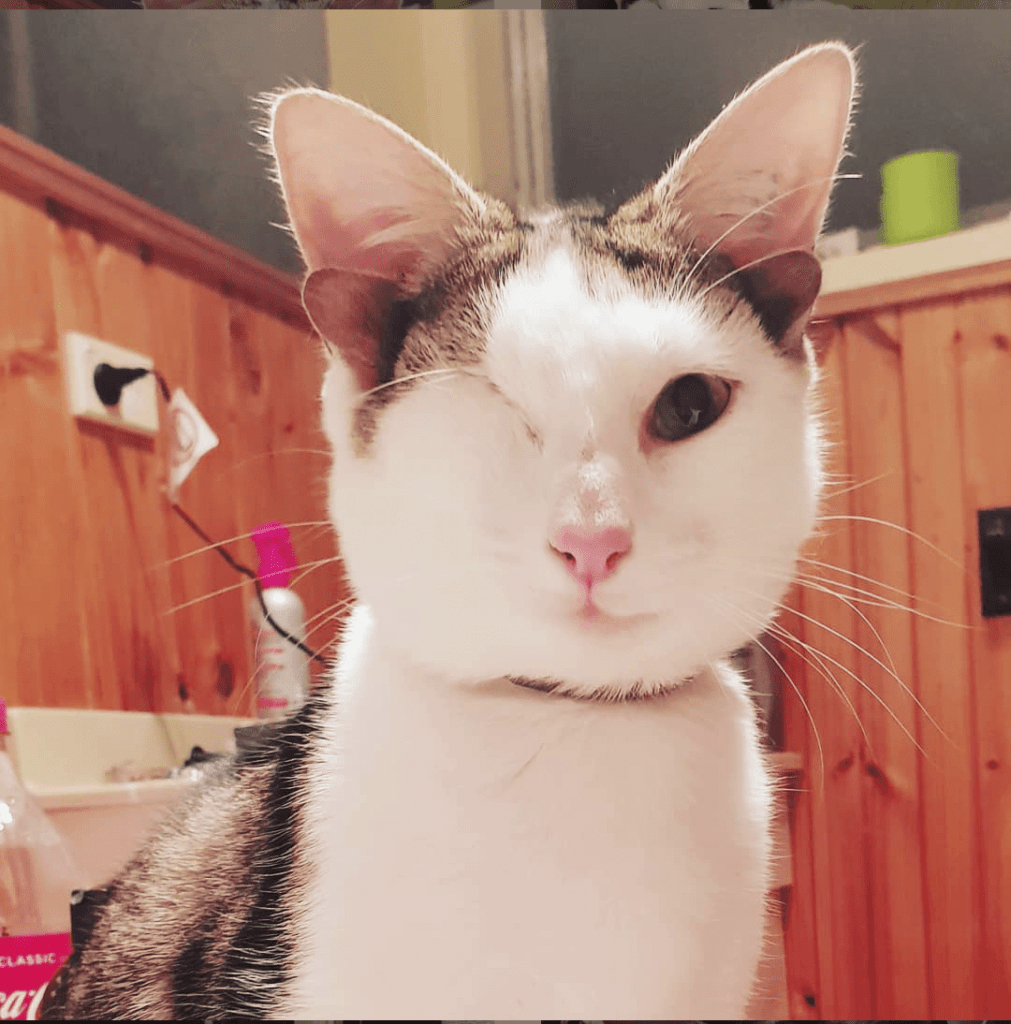 Before Frankenkitten’s (AKA Frank) official adoption with Anderson took place, they were required to allow the eight day holding period to pass. Frank joins a full four-legged family of a Beagle named Dudley, and three cats named Mina, Lucius Malfoy, and Toothless. 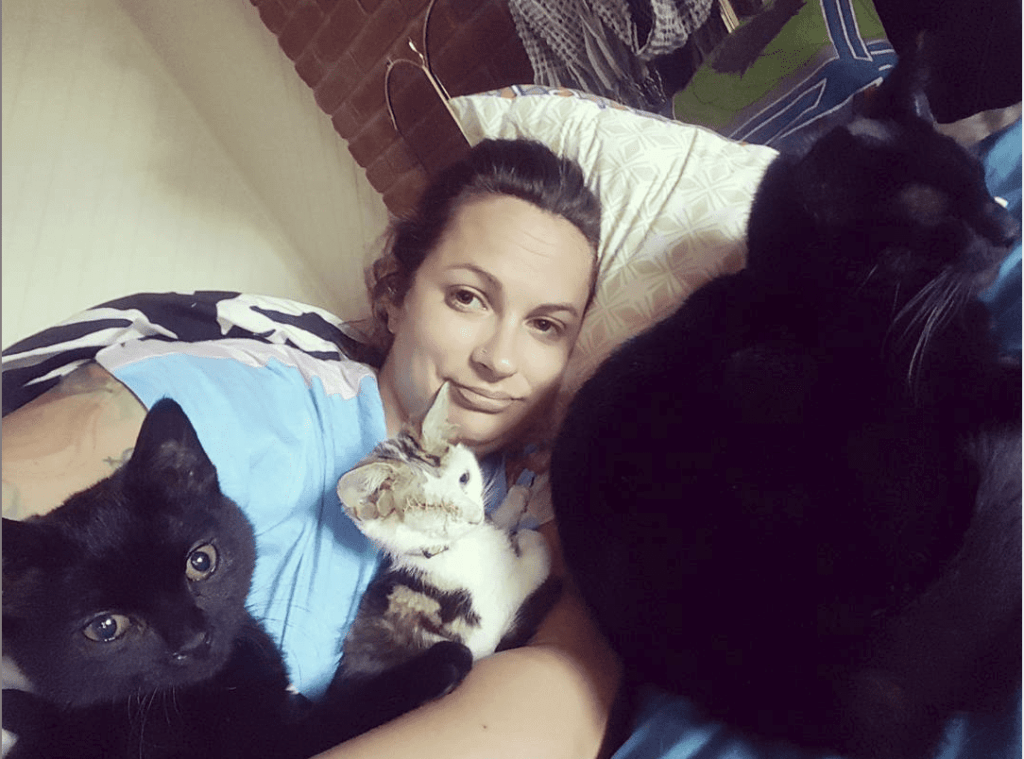 Frankenkitten came to Geelong Animal Welfare Society after being found as a stray living with his littermate under a house. He was found to be suffering from a very painful eye infection that resulted in the almost immediate removal of his right eye. It was at GAWS that it was discovered that Frankie had a few other surprises – most interestingly – FOUR ears.

Two ears are normal and include everything needed for hearing. His additional two ears are pinna only (no internal parts), and are located in front of his normal ears, facing inwards. There was no medical reason to remove these ears, so they stayed and became part of Frankie’s unique features. 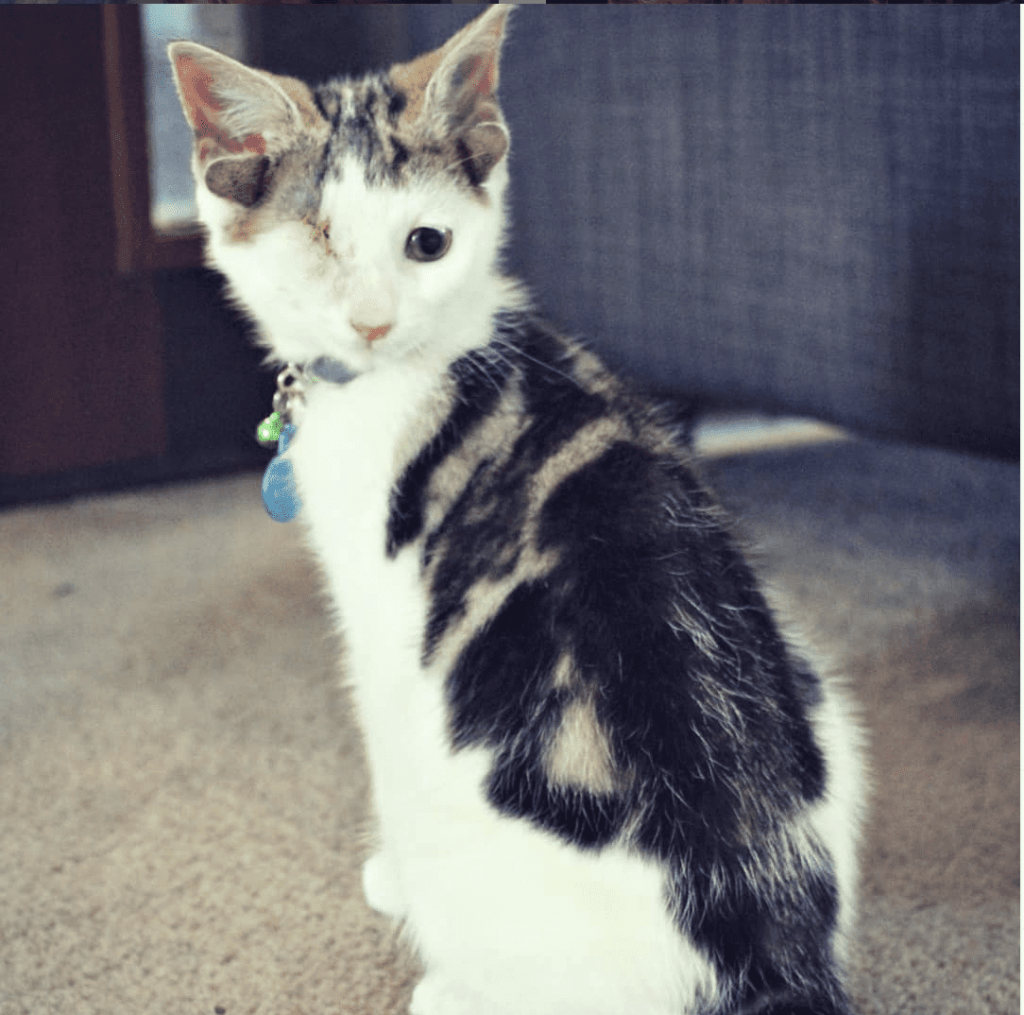 Frankenkitten, shortly after moving into his furever home.

More of a medical concern was discovering his large overbite, and how it would affect his ability to feed himself, and affect the development of his adult teeth. Thankfully he can eat just fine, and when his adult teeth grow in, he will need the lower canines removed to prevent them from growing up into the roof of his mouth.

But overall, despite being a bit of a genetic mystery, Frankenkitten is just your regular young kitten, exploring his world, getting into mischief, and keeping his human mum awake at night doing zoomies around the house. 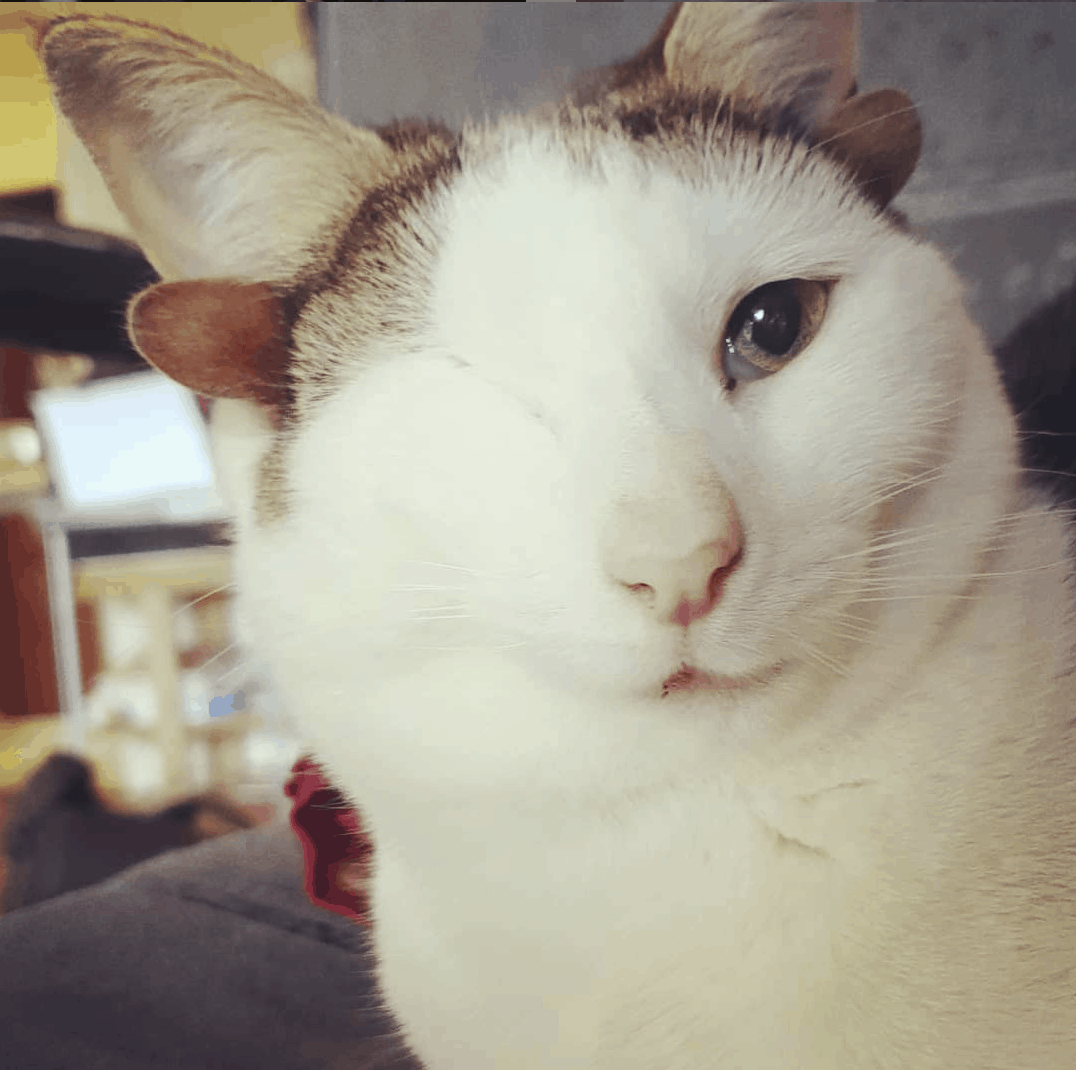 Want to keep up with this cutie pie on social media? You can find him on Instagram at frank_n_kitten, and on Facebook at Frankenkitten. 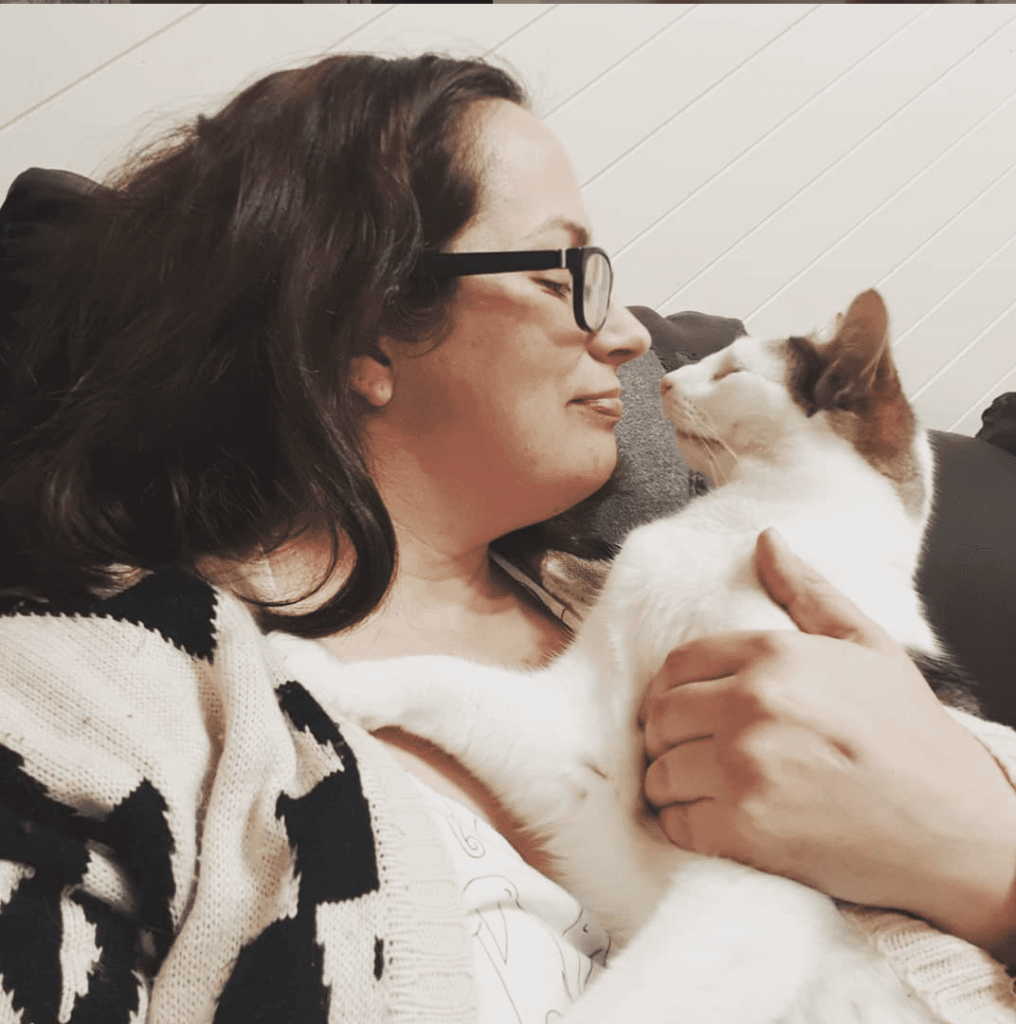 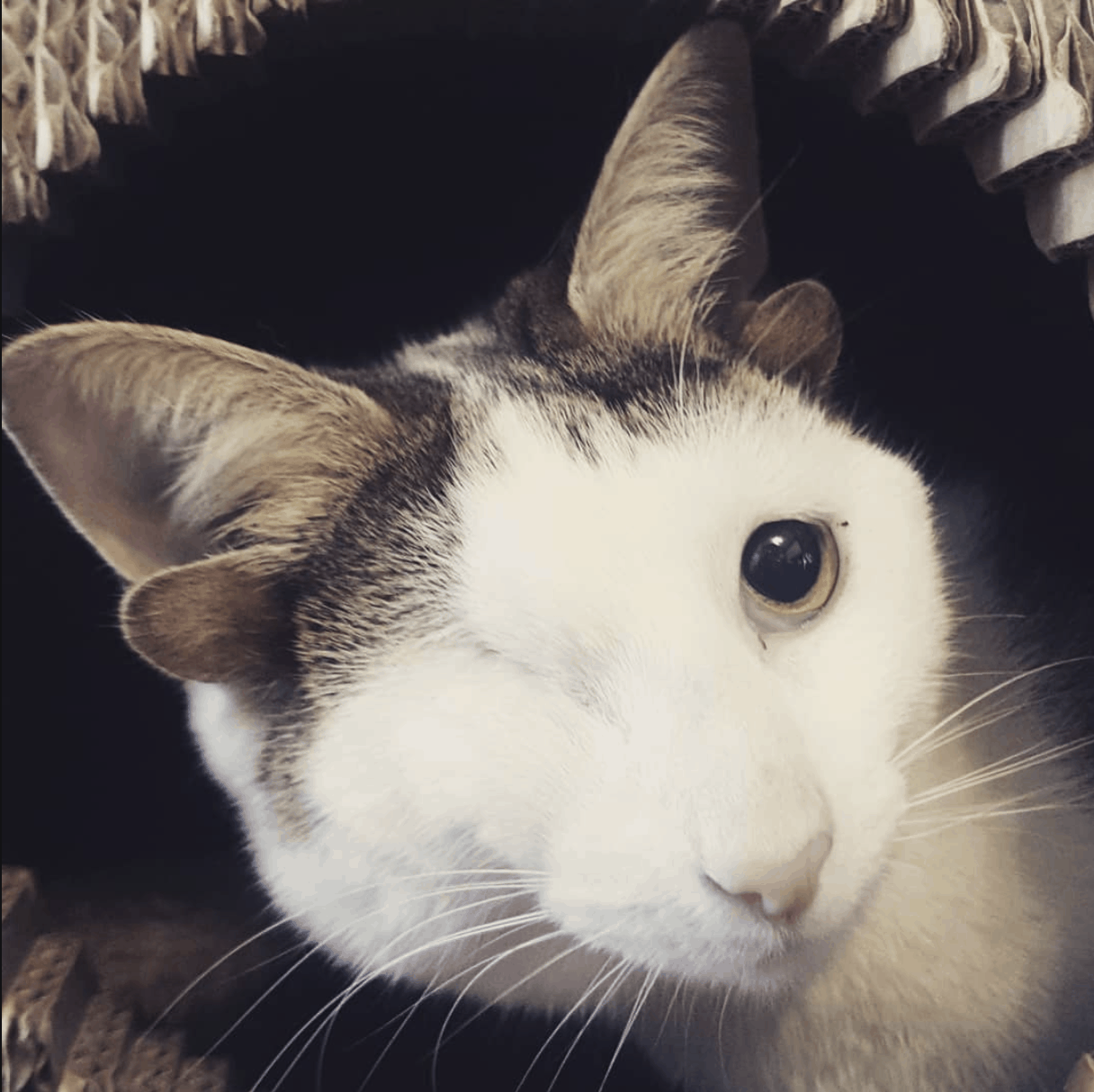 Cat Meowing Like A Southern Belle Is Too Cute For Words