Meet Gringo: A Dapper Feline With The Coolest Moustache

There’s just something special about a cat with unique markings. Cats and dogs are often the wonderful result of interesting genetics and when they have cool markings, it just makes them that much cooler! Gringo is a British Shorthair cat out of France that looks straight out of the Victorian era. He’s as dapper as can be, thanks to that proper little moustache he’s sporting. Gringo was born in the summer of 2018, and although he’s yet to reach his second birthday, he’s already a growing star of the social media world. And what’s not to resist? Those chubby British shorthair cheeks and those bright sparkly eyes were simply born to be photographed. Oh, not to mention that cool cat moustache. It’s not every day you see a cat with a moustache, and Gringo’s suits him to perfection. I’m not huge on cats in costume or clothing, but can someone please get Gringo a top hat?! My heart would literally melt from the cuteness overload…

This fancy little feline lives in France with his humans, Sabrine and Romain, as well as another feline named Milko. His cat mom reports that despite that fancy look, he’s a super chill and friendly kitty that loves being around his humans. According to Bored Panda, Gringo is “a happy kitty, full of life and with a really nice personality. He loves to play all day and all night, get up to mischief like climbing on curtains, scratching the couch and jumping in the plants.” When Gringo isn’t busy turning on his charms for the camera, he likes to sit up like a meerkat, standing on his back paws. Sabrine says that, “he can stay a couple of minutes in that position, and it’s hilarious.”

And just like any other curious cat, Gringo loves to micromanage his humans when it comes to what they’re eating—seeing if he’d like something for himself! And the kitchen sponge? Well, he likes to steal it and chew it. So, his humans hide it for good measure.

Gringo as a kitten was just precious—and still is, of course! Can’t get enough of this feline fellow? Follow Gringo on Instagram here to get a daily glimpse of his effortless purrfection. 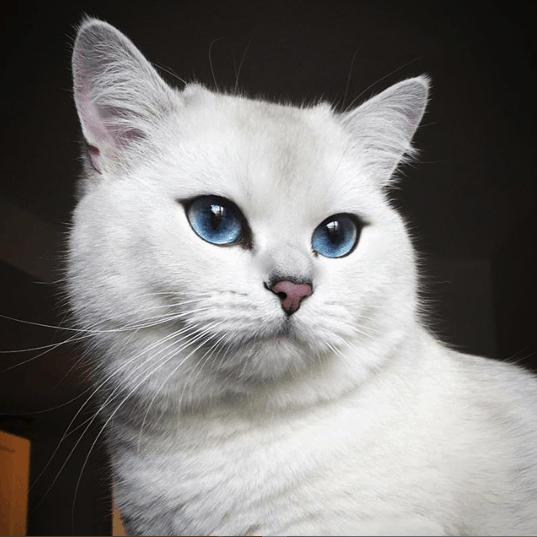 All Images Courtesy of Gringo Moustache Cat on Instagram

Research Suggests Some People Love Their Cats More Than Humans