I love a man that knows their way around the kitchen. And when it’s everything from baking to grilling? Oh, boy! Unless you’ve been living under a rock for the past decade, then you’re well-aware of the ginger chef that can’t be beat known as Bobby Flay. He mastered the Iron Chef time and time again and he’s currently beating competitors at their best dishes on Beat Bobby Flay, but what you may not have known is that Bobby is also a cat man and totally in love with the feline kind. (So much so, he even has a restaurant named Gato in NYC!) And just as any great cat lover would, Bobby has a feline companion to keep him company. World, meet Nacho Flay! He’s a giant ginger tabby Maine Coon with attitude that’s ready to serve looks and critics to his most loyal human servant, Mr. Flay!

As you can see, Nacho Flay knows his way around the kitchen, too! 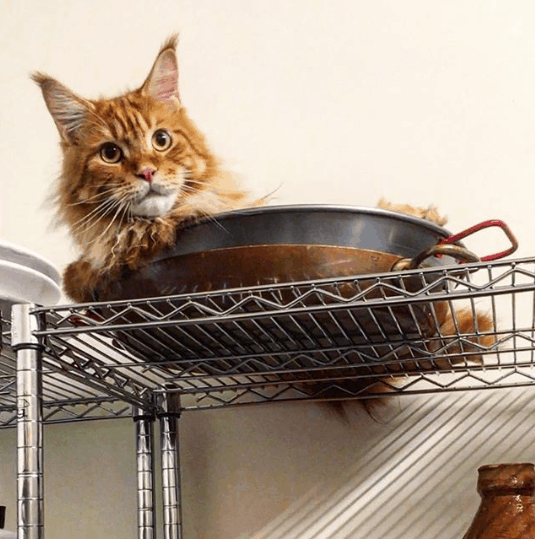 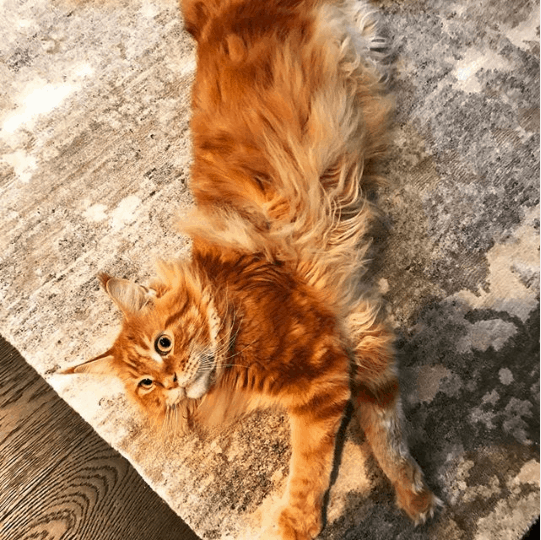 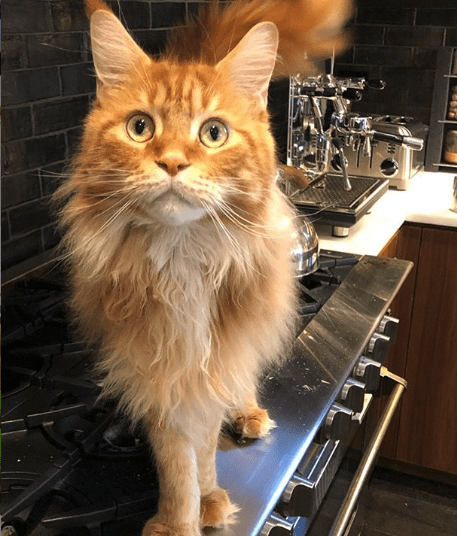 As you can see, Nacho Flay is totally a daddy’s boy when he’s not busy making him meet his culinary demands! 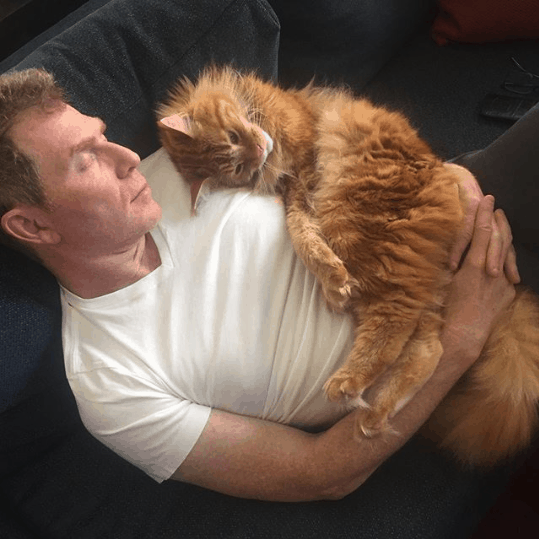 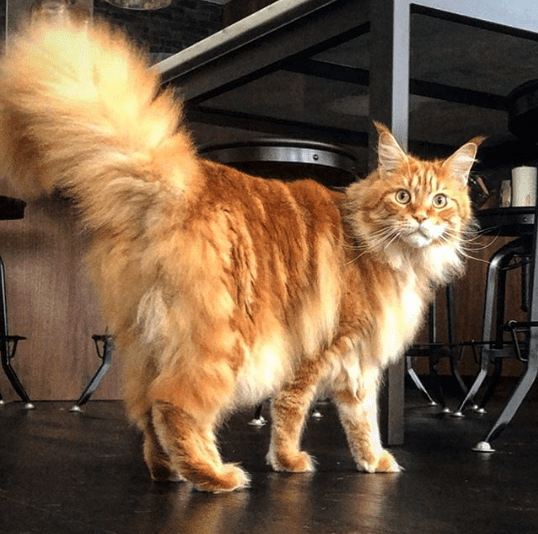 Nacho started to gain popularity online a few years ago when Bobby created an Instagram account for his now famous feline friend. Not only is Nacho simply gorgeous, but he’s a total ham for the camera, too. 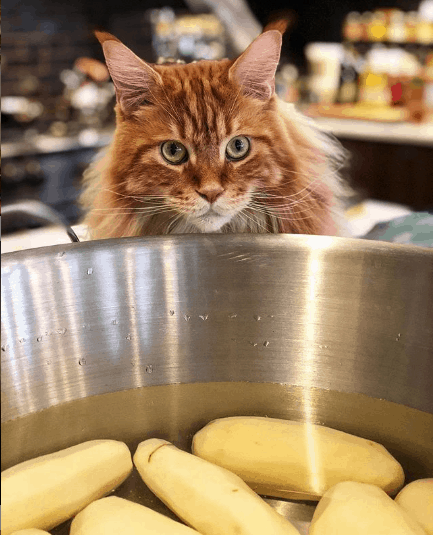 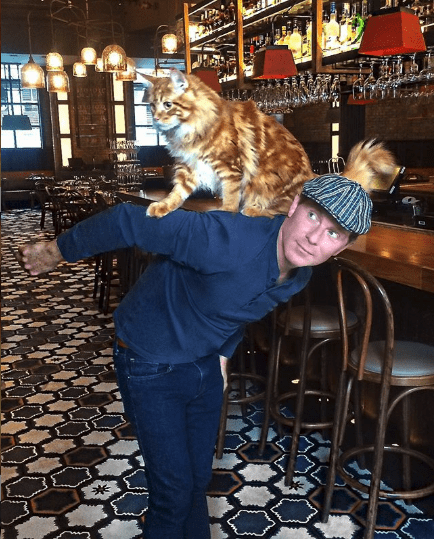 Nacho also loves to cuddle up with his Maine Coon cat bud, Stella, who lives at home with him… 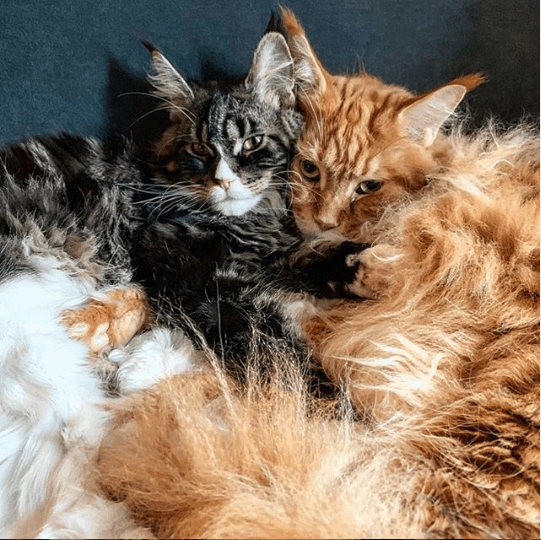 Nacho Flay is also a fan of snooping around the house and the pantry, and has no difficulty opening doors. Sometimes his mischief gets the best of him, but just as any sassy cat would, he’s not one to apologize for his behavior! 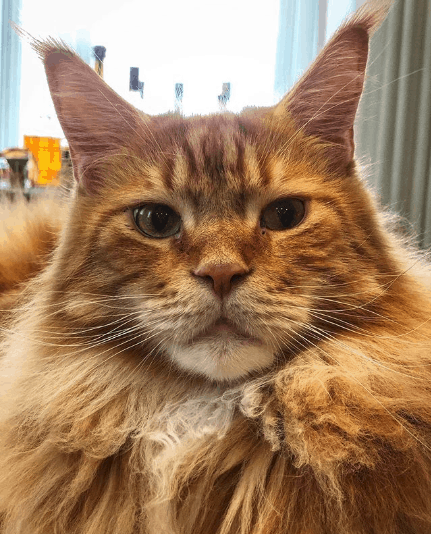 When he’s a good boy, Nacho gets to hang out at his dad’s NYC restaurant, Gato, which features “Chef Bobby Flay’s expression of Mediterranean food, drink, and design.” It’s rumored that Bobby named the restaurant this as an orange cat walked across his path one day when he was in search of a venue. 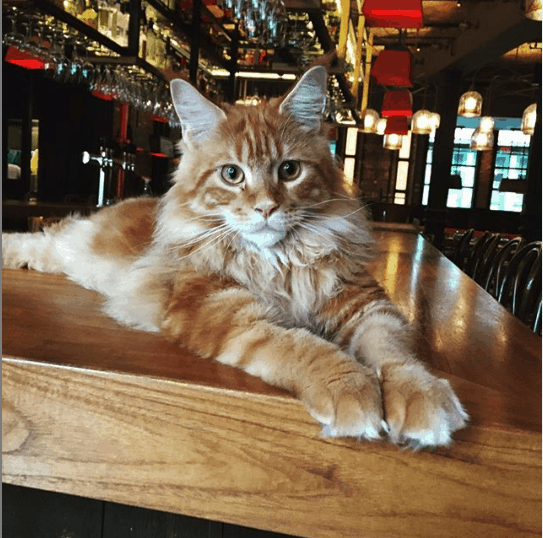 Look at this adorable little throwback of Nacho as a kitten… 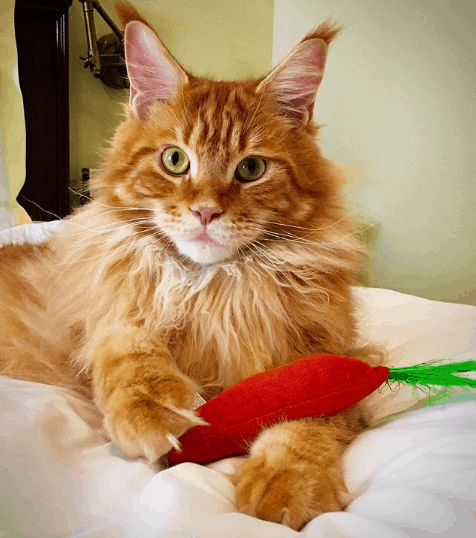 As any good cat dad would, Bobby loves to take photos with his cat son and sidekick… 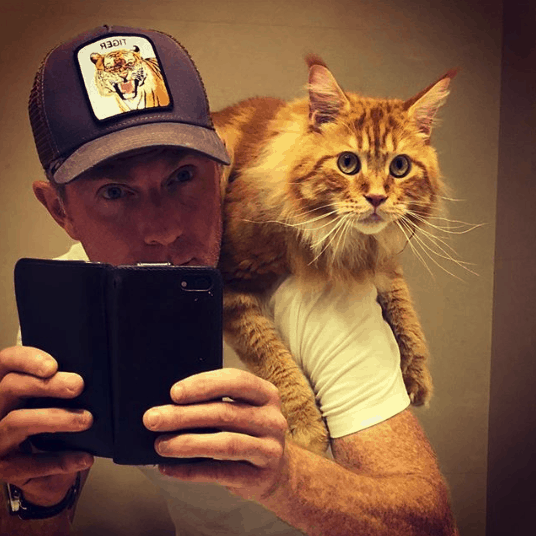 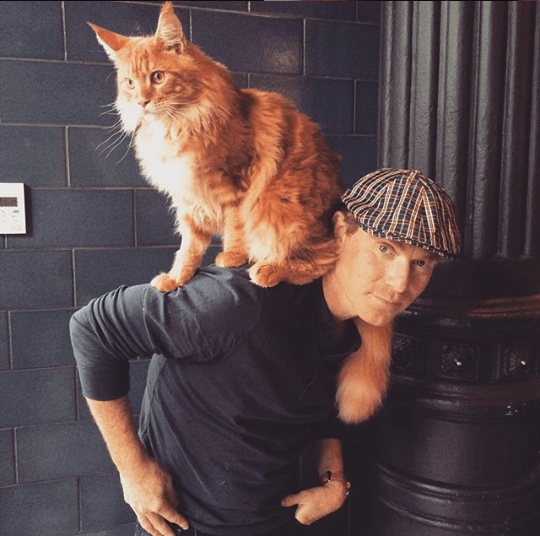 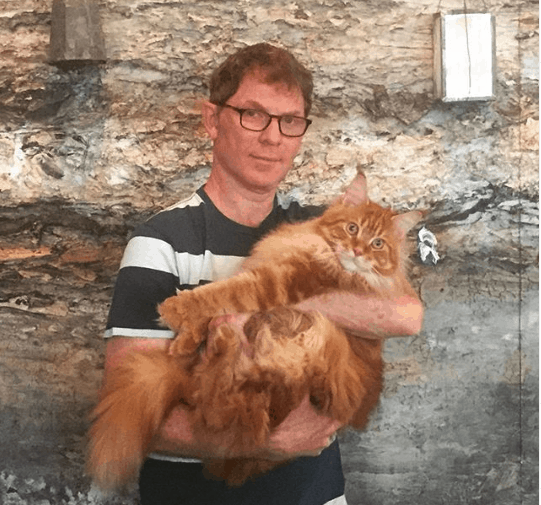 Can’t get enough of this super-sized Maine Coon? Be sure to follow his culinary delights and fun photos on the Instagram account dedicated entirely to him!

Want to fill your mind with fun facts about these giant kitties of the cat world? Check out my article here dedicated to interesting facts about Maine Coon cats.

Meet The Cat Grandpa: A Man Who Volunteers His Time To Help Homeless Cats Feel Special