Meet Rover: A Cool Black Kitty Who Was Born To Catwalk

Black cats are effortlessly cool. Without even trying, they already look like tiny panthers right in your living room. Rover The Cat is super cool—and he knows it, too. You may have come across his hilarious videos on Facebook where he catwalks in his best attire. Each step perfection, cattitude on point. Rover is simply an adventure cat living the best of his nine lives. And he looks totally awesome doing it!

Everyone, meet Rover The Cat… 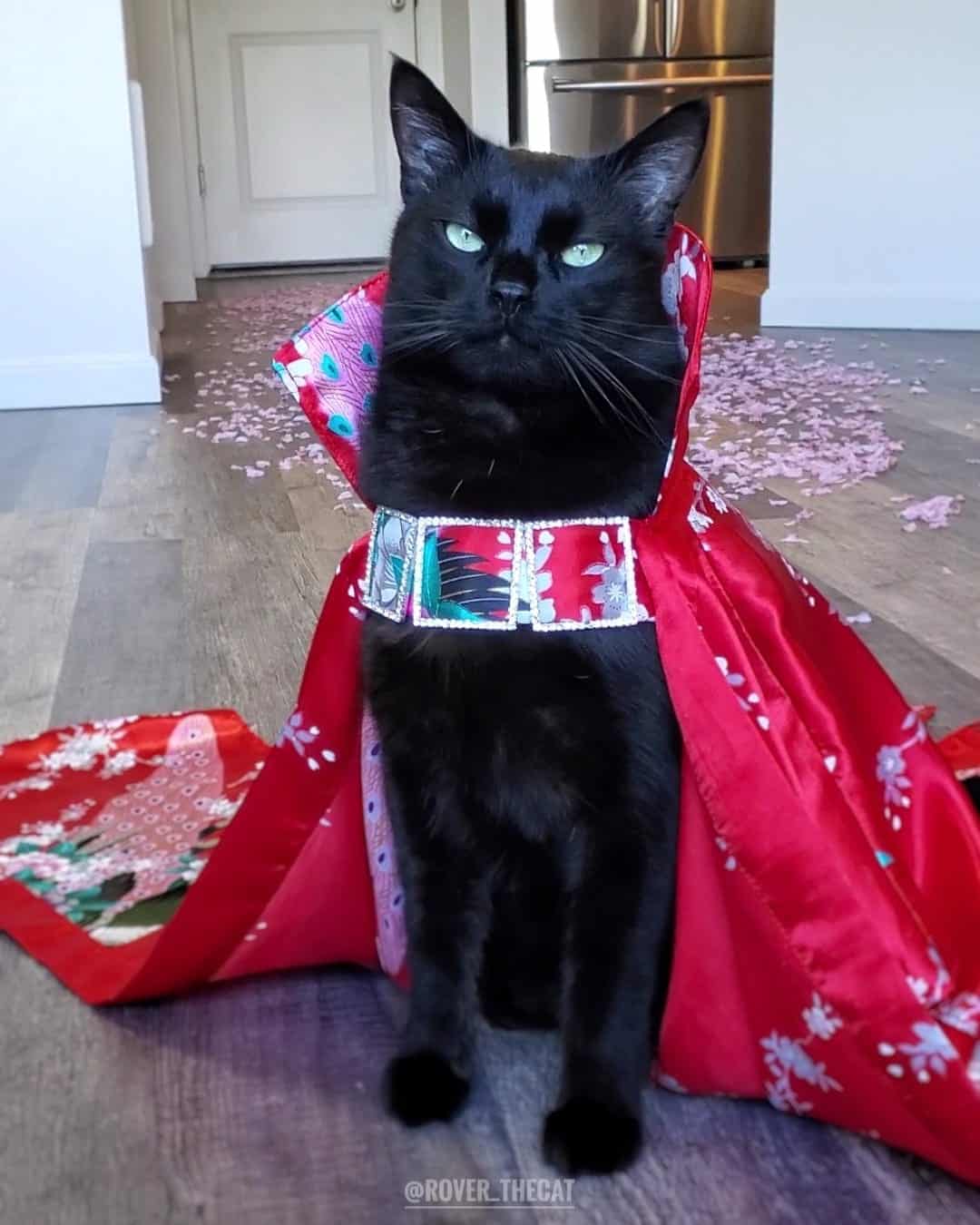 I had the opportunity to connect with “Rover’s Staff” and asked them a few questions I figured the Cattitude Daily readers would like to know about this handsome feline. Check them out below!

But first, you must see his catwalk in action…

How did Rover come into your life? And how old is he?

How did you learn that he loved to work the catwalk and strut his stuff?

“We ‘accidentally’ discovered his model talents when we were posing him for some pictures with a mouse necklace. Rover could smell the treats we had in our hands and marched across the room with the most determined of looks on his face. We happened to catch this on video, and it was absolutely adorable!”

“Before I was adopted, my foster/shelter name was Castilla, or translated from Spanish – Castile, a powerful kingdom
🏰
in Spain during the Middle Ages
⚔
I guess you could say that… I was always meant for that royal lifestyle
👑”

What’s something special you’d like people to know about Rover?

“Rover is a puppy cat. He became known for his model strut, but he’s actually an adventure cat! We take him on hikes, car rides, and even camping! He’s very much a dog in cat’s body and makes the best adventure companion.”

It’s clear that Rover was born to strut…

“Rover is a very calm kitty. Nothing disturbs him, but at the same time he likes his space. He’s not a lap cat, and will only snuggle after a long day of adventures. He does appreciate a good belly rub, or two, and of course all rules go out the window when a few of Temptations treats are in sight.”

When he’s not busy perfecting his catwalk, he enjoys exploring the great outdoors… 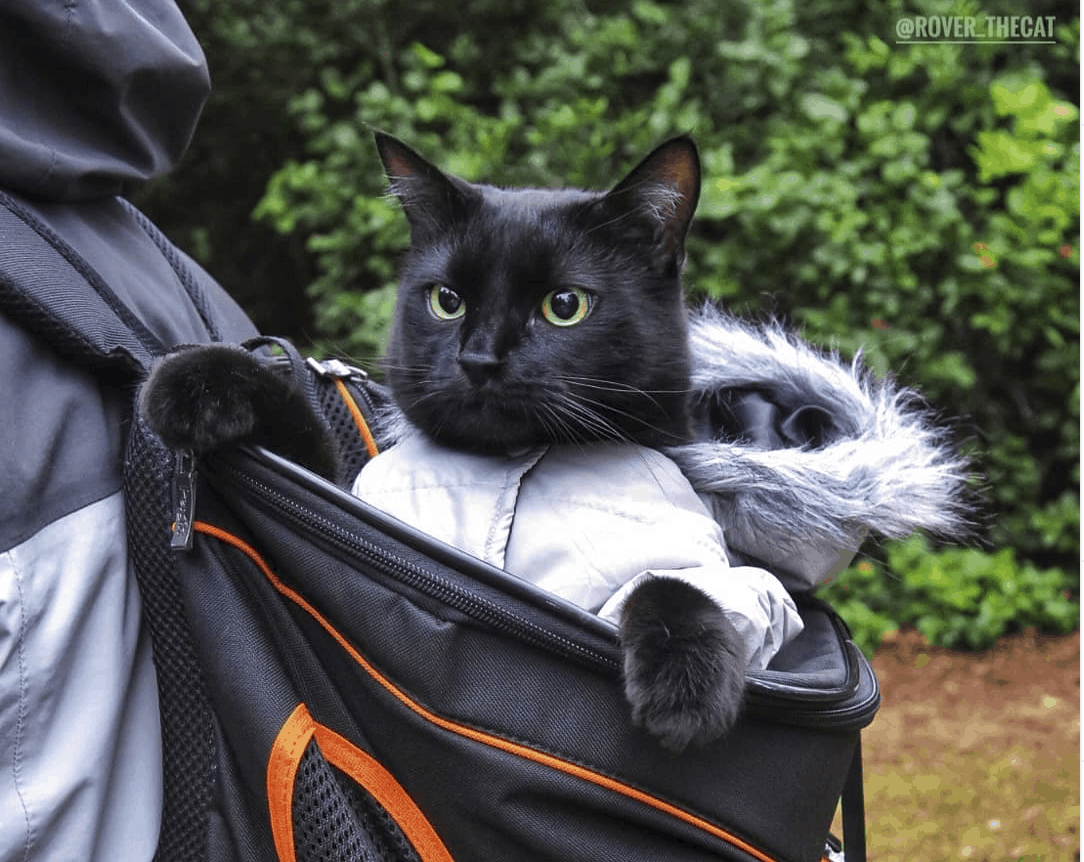 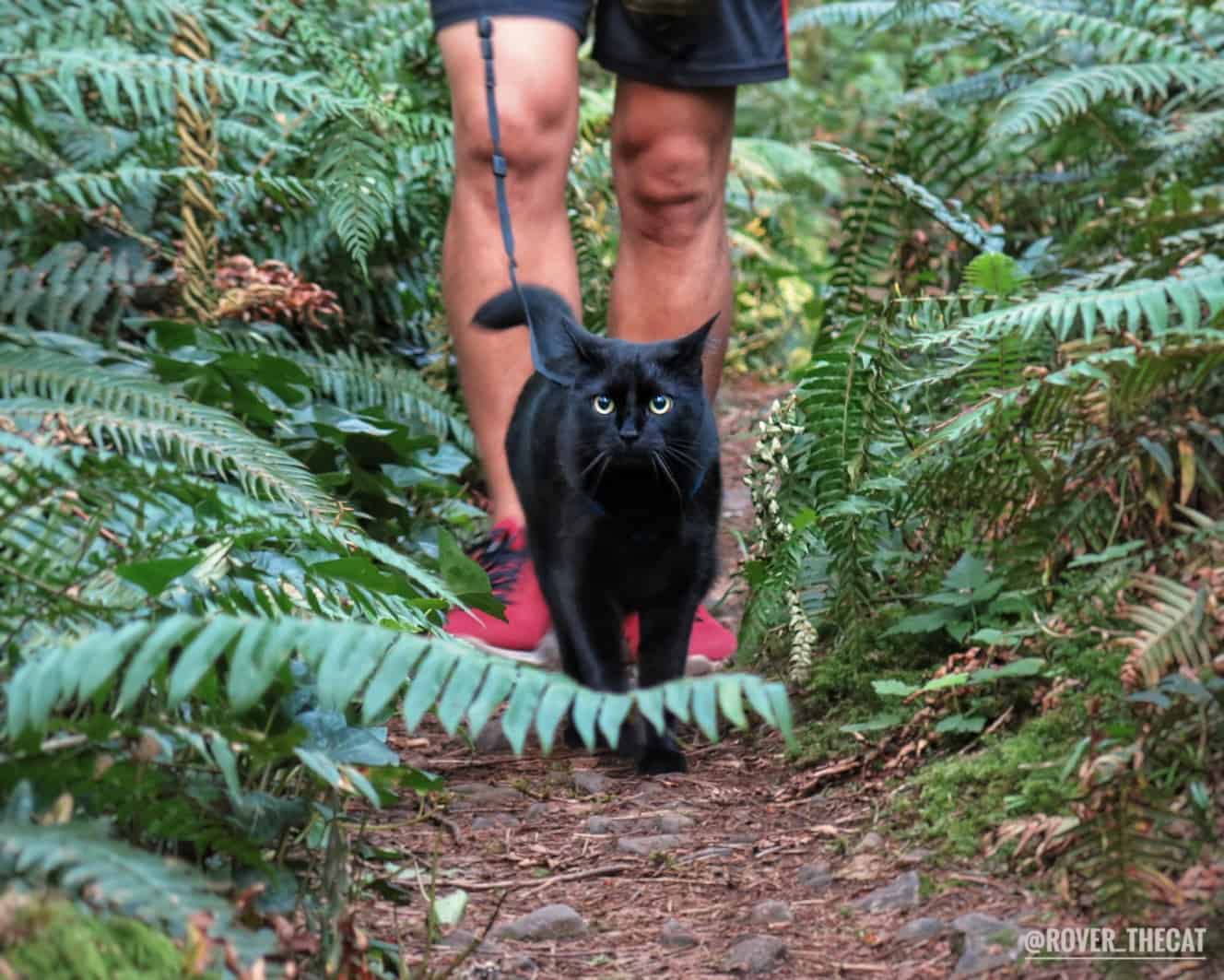 Like his owner says, he’s a pretty chill feline… 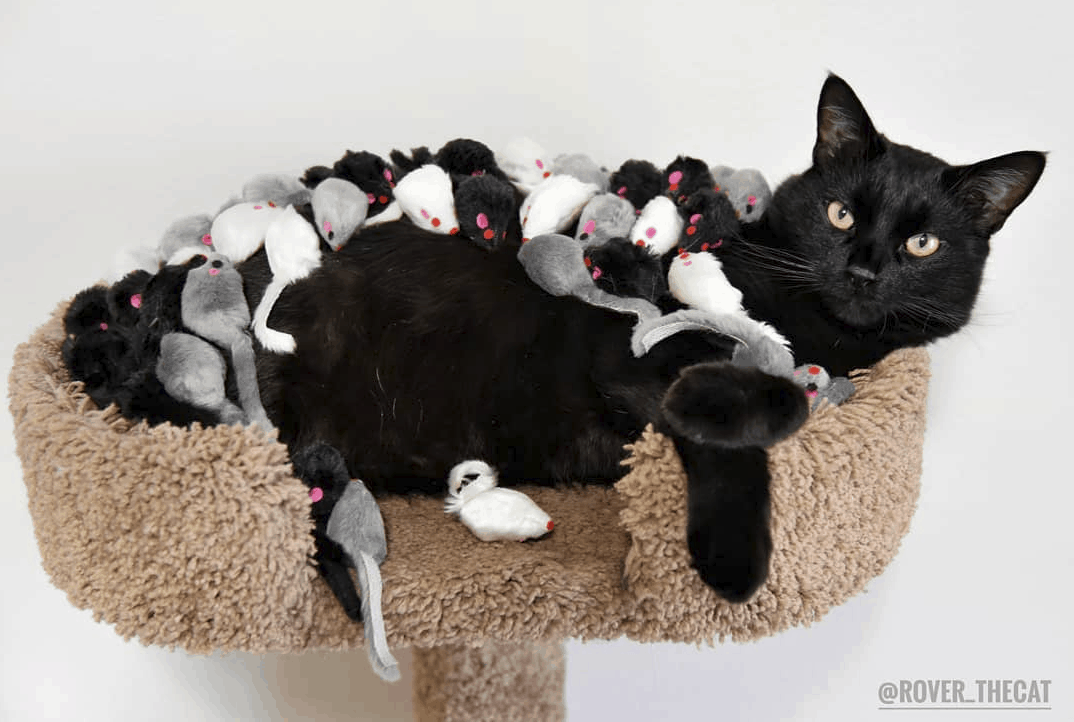 “STAY HOME
SAVE LIVES 🖤HANG WITH SOME MICE
🐀”

Can’t get enough of Rover The Cat and his super cool strut? Follow him on Facebook here to keep up with his cattitude and swagger. And if you’ve got Instagram, don’t forget to follow him there, too. Know someone who would enjoy seeing Rover strut his stuff? Share this article with them to brighten their day courtesy of this super badass black cat. 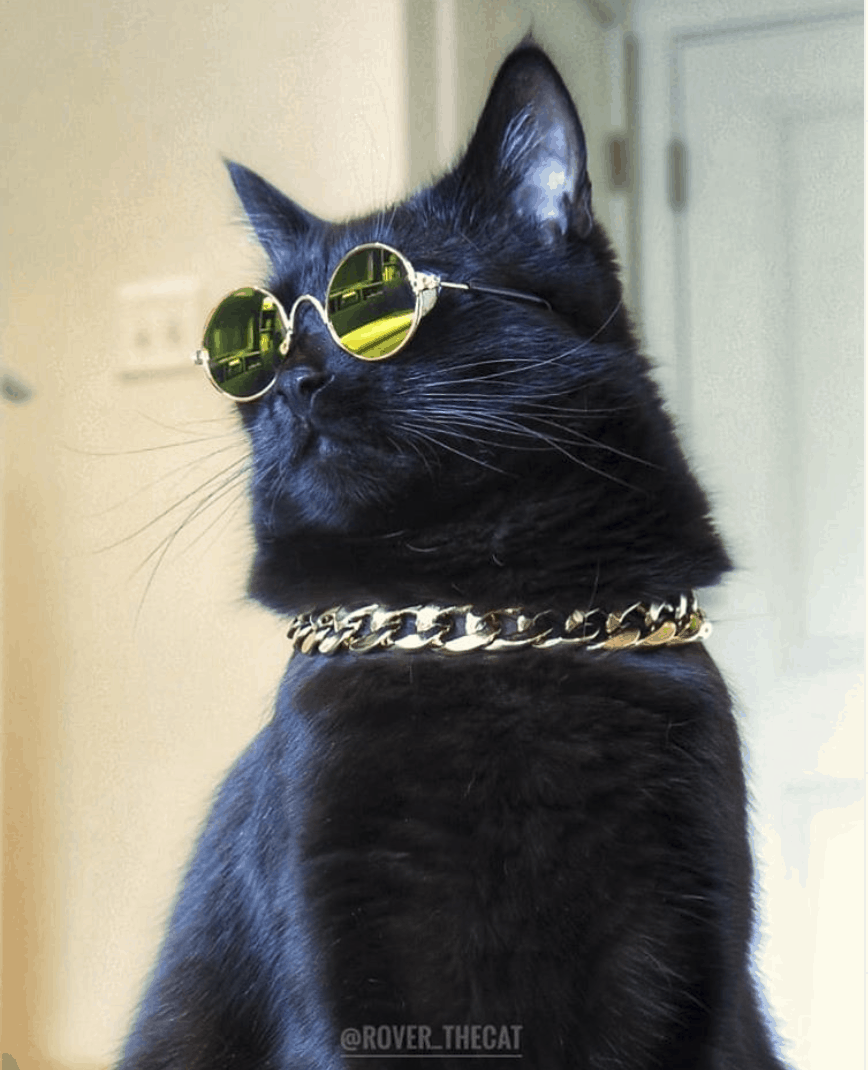 All Images Courtesy of Rover The Cat

Are you crazy about black cats? Find out fun and interesting facts about them here on CattitudeDaily.com.