Home Cats Meet Valentino: A Cat Plucked From A Shelter Who Was Born To Shine
CatsCelebrity CatsRescue stories

Meet Valentino: A Cat Plucked From A Shelter Who Was Born To Shine

As the proud owner of a rescue kitty with majestic Maine Coon fluff, I often get asked by cat lovers where I “bought” my cat. And oftentimes when I tell people I rescued him, they look at me in disbelief. Perhaps people don’t realize just how beautiful and pedigree-esque many shelter cats can actually be! For Valentino, he’s living proof of just how beautiful shelter cats can be. And his devoted human even found him by chance. After a date with a man was abruptly cancelled, she realized she needed a man in her life who would be there for her no matter what. And, the purrfect man for her? Well, a male cat, of course!

Everyone, Meet Valentino—AKA Valentino Vogues as he’s known in the cat world! 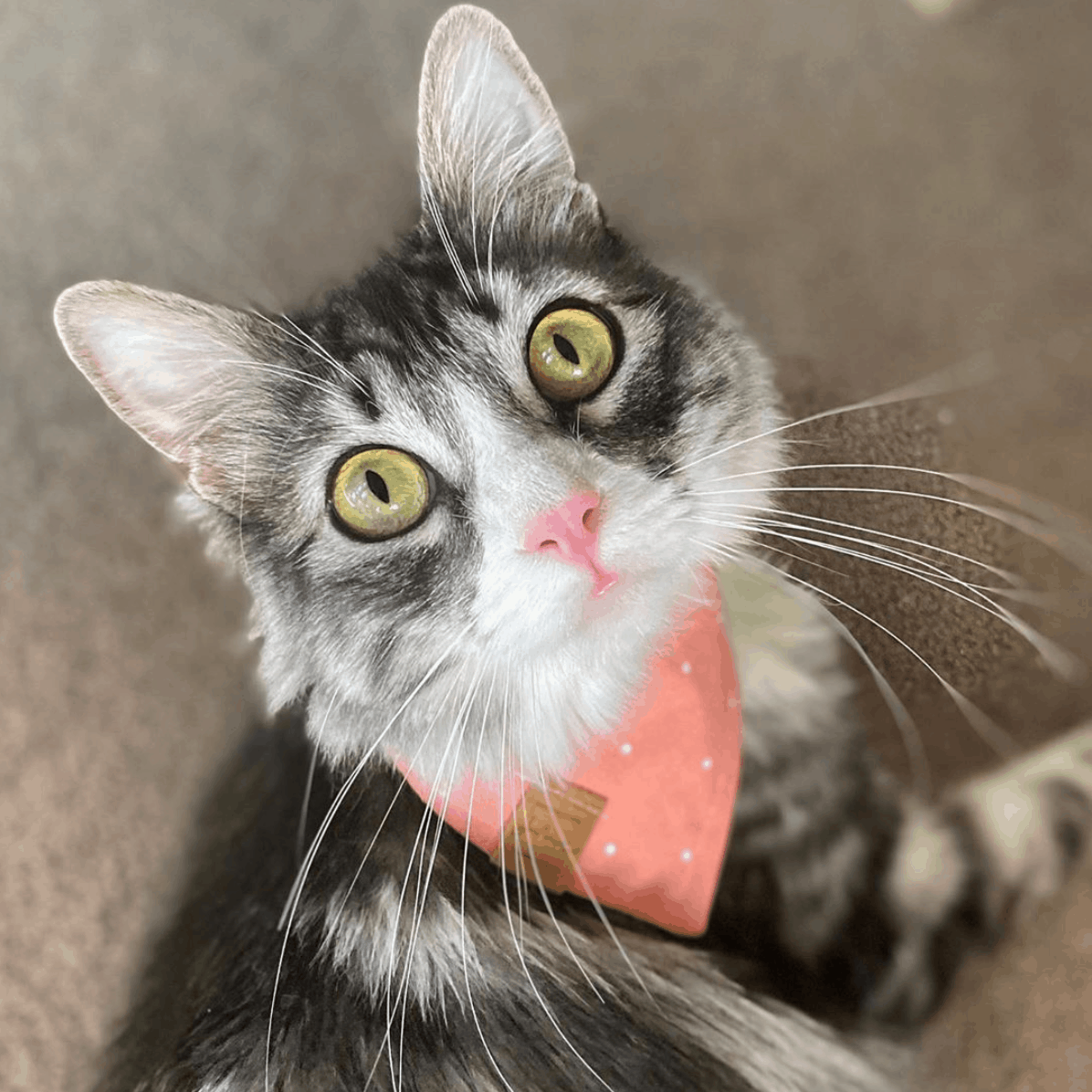 Born on March 4, 2019, this pretty kitty found his way into his leading lady’s life when he was two months of age. (He was even part of the “Clear the Shelters” event with an extremely low adoption fee of $25!) Since coming into her life, Valentino has moved up the ranks in the cat model world by simply being himself. And his cat mom, as well as his cat grandma, love to share his photos with the world for others to enjoy—myself included! Keep reading to learn how this strapping kitty left the lonely shelter life behind and is well on his way to cat superstardom. 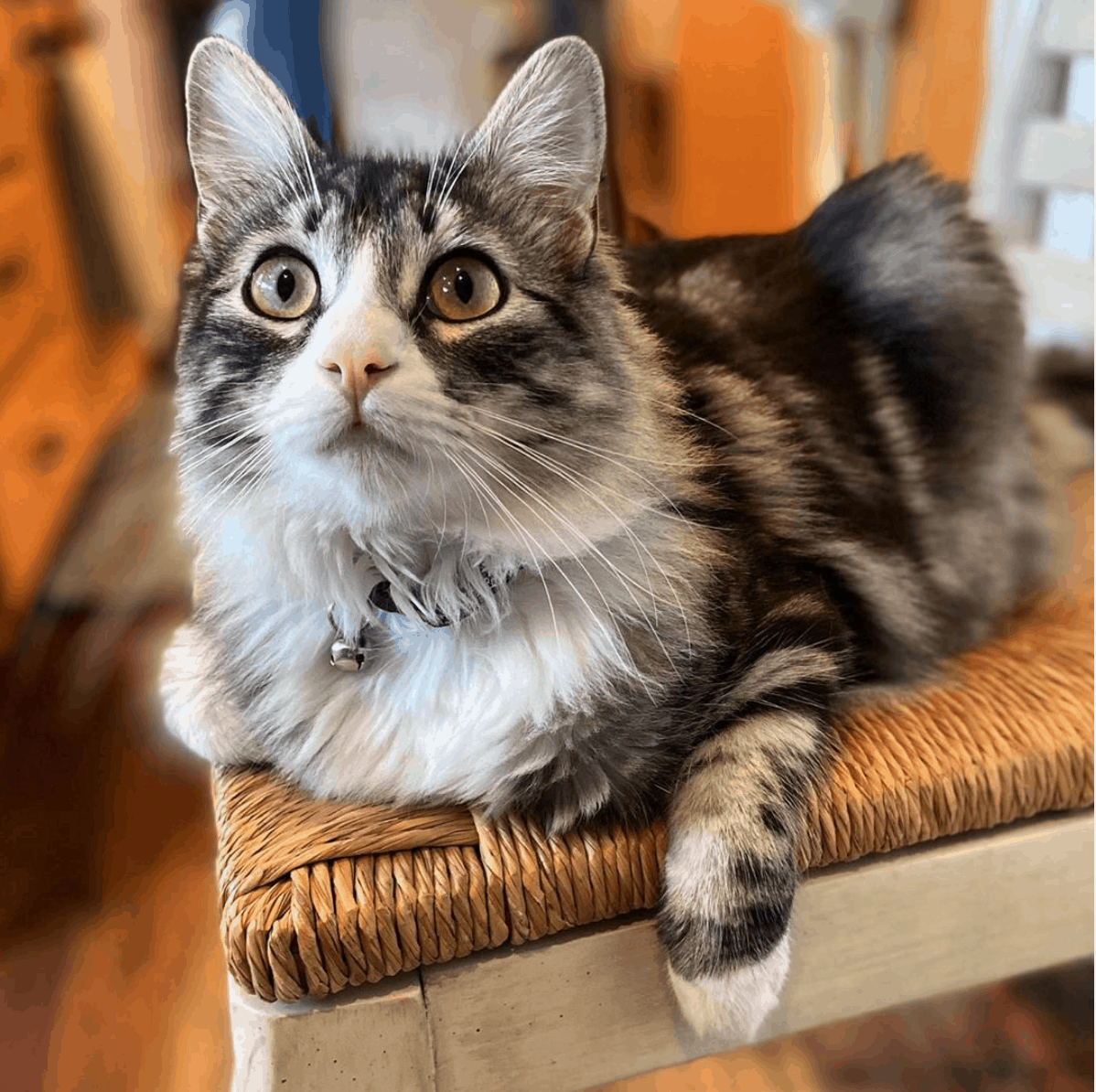 1. How did Valentino come into your life?

I was supposed to go out on a date and they called and cancelled. I had been wanting a kitten, and that was the day I decided I wanted a “man” in my life who would always be there. So, I went to our local animal shelter and selected Valentino. He was originally named Chad, but my degree is in Fashion Marketing so he needed to have a designer’s name.

2. Have you done a cat DNA test on him? (I’m wondering if he’s a Norwegian Forest Cat!)

I did have a DNA test run on him. I also thought we would get Norwegian Forest cat since he is fairly good sized, but he’s a basic Western Kitty. 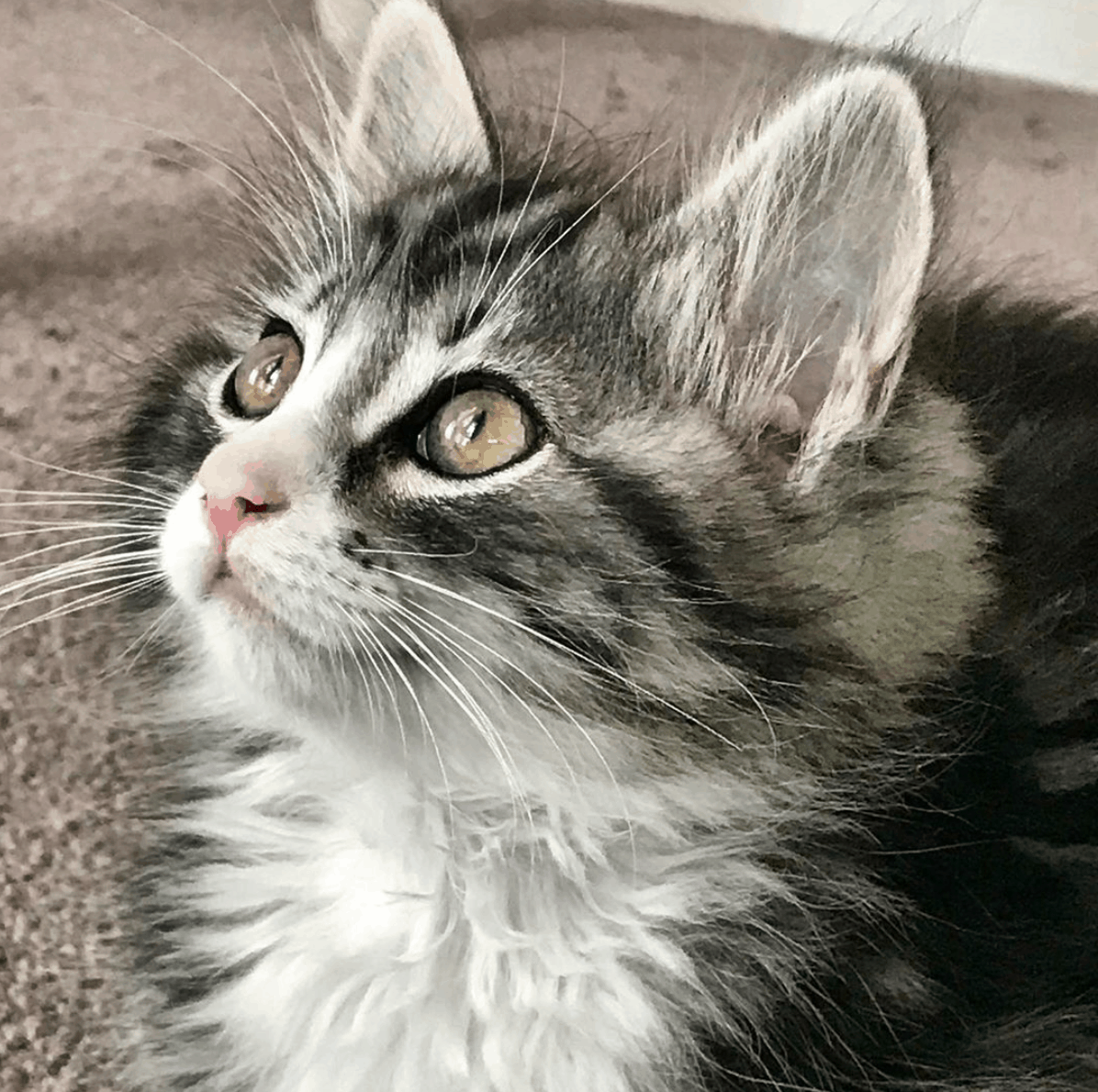 How could you not fall head over heels for this face?! 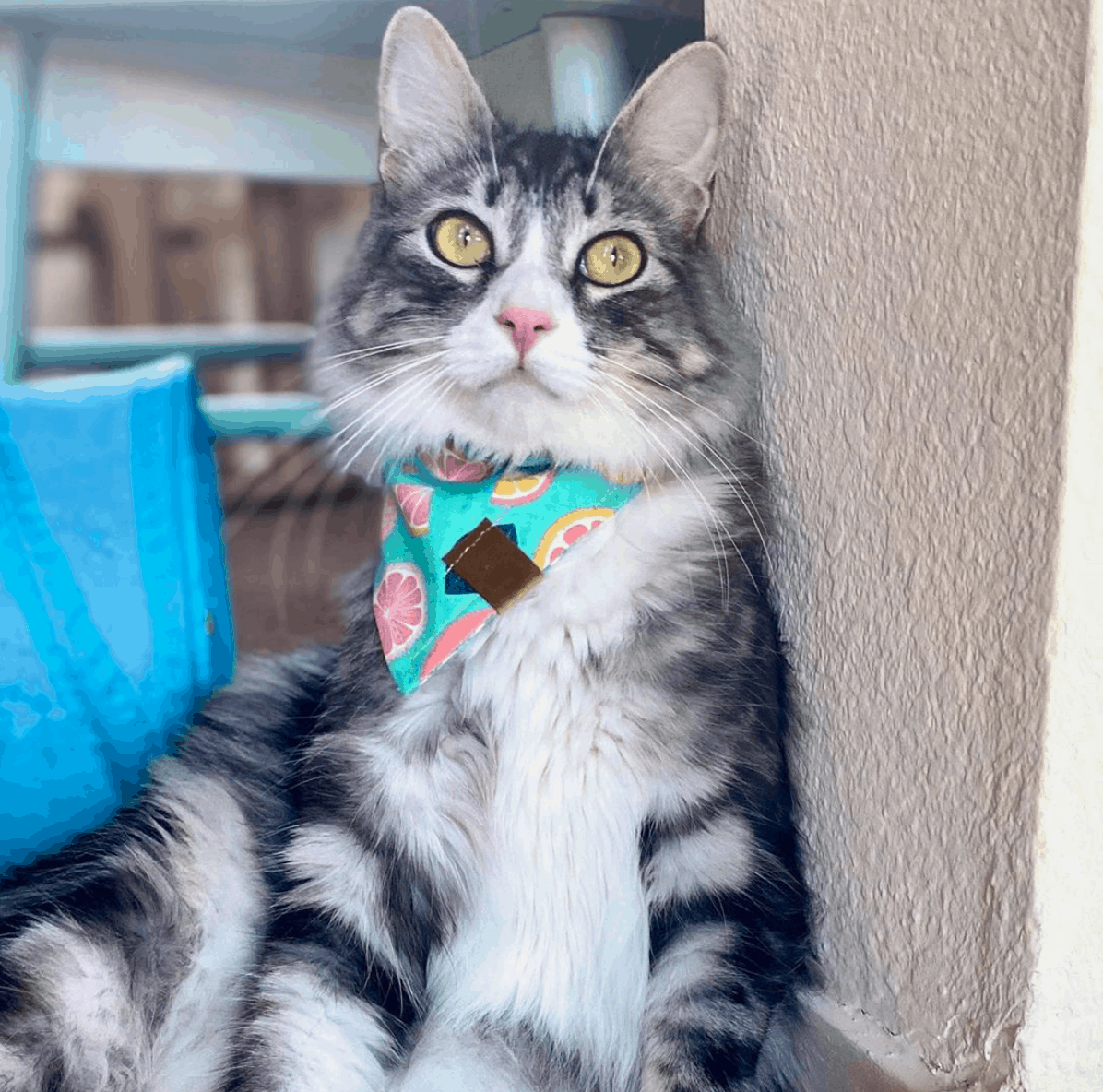 He plays as hard as he snuggles. He loves having people over. He’s a bit mischievous. I never know what I will find moved around my apartment or in his water bowl.

4. Does Valentino have any cat housemates?

In my apartment he’s an only kitty, but most weekends we drive to my parent’s house and he hangs out with my childhood kitties – Tink (when I was in my TinkerBell phase), Bella (when I was in my Twilight phase) and McQueen (when I decided fashion was my calling – named after Alexander McQueen). 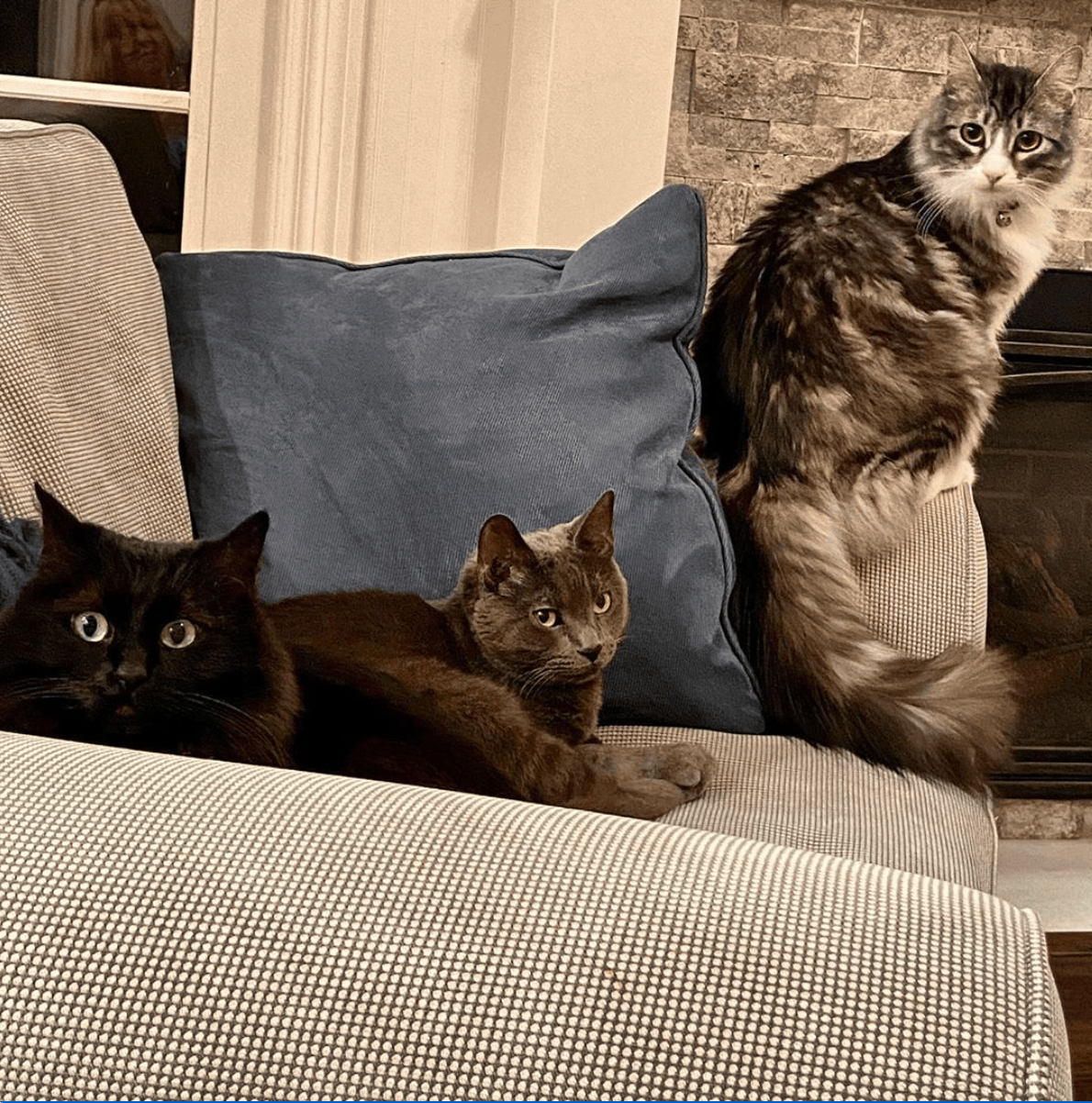 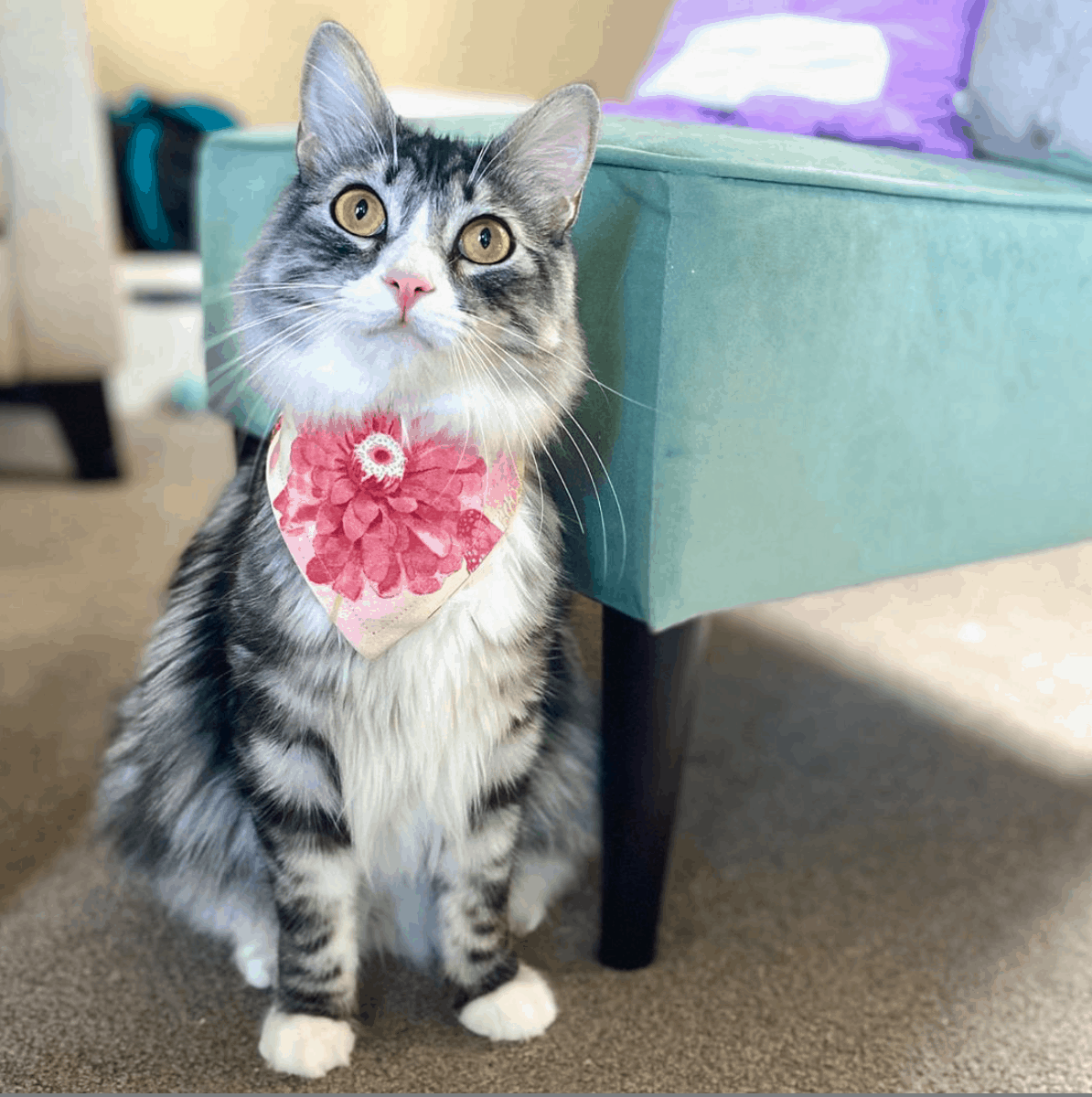 5. What’s something special you’d like people to know about Valentino?

He’s known for his love of Annie’s Cheddar Bunnies. I’ve come home to open boxes on the floor. He prefers them to his own treats. Another interesting thing is I swore I would never put him in bandanas and now he models for 3 bandana companies. Never say never. 🤣

Can’t get enough of this purrfectly fluffy and handsome feline? Keep up with him here on Instagram to see more of his adorableness! I’d also like to give a special “thank you” to his owner, Madison, for allowing me to share his images and story with all of the Cattitude Daily readers. 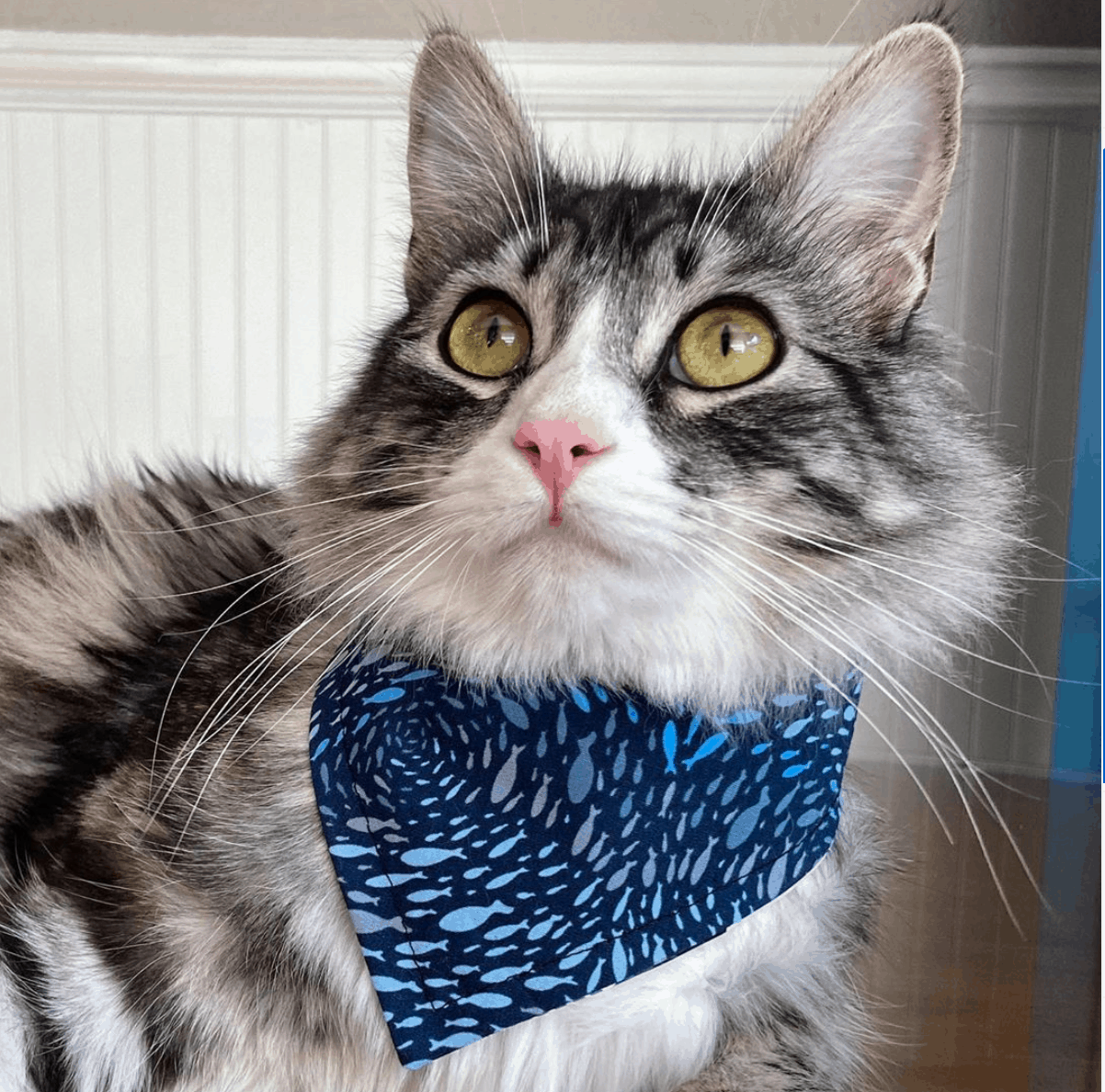 Crazy about fluffy cats? Check out my video from the Cattitude Daily YouTube channel to learn all about the fluffiest felines of the cat world!

Purina Thinks The World Needs More Therapy Cats, So They’re Doing Something About It

Former Stray Kitten Travels The World With Her...