Found at just one month of age, an itty bitty kitty named Nugget was clinging to life with his kitten siblings without a soul in sight. His plight is sadly the same as many unwanted litters of kittens, but for Nugget, he had the odds stacked against him even more. You see, when he was found, he was in terrible shape—malnourished and his eyes clearly infected.

But thankfully for Nugget, the kindhearted woman who found him is doing her very best to ensure he lives out the rest of his nine lives in complete bliss. She started a social media account to share the precious details of his journey, and quickly he’s garnered lots of attention.

Everyone, meet Nugget the Blind Kitty! 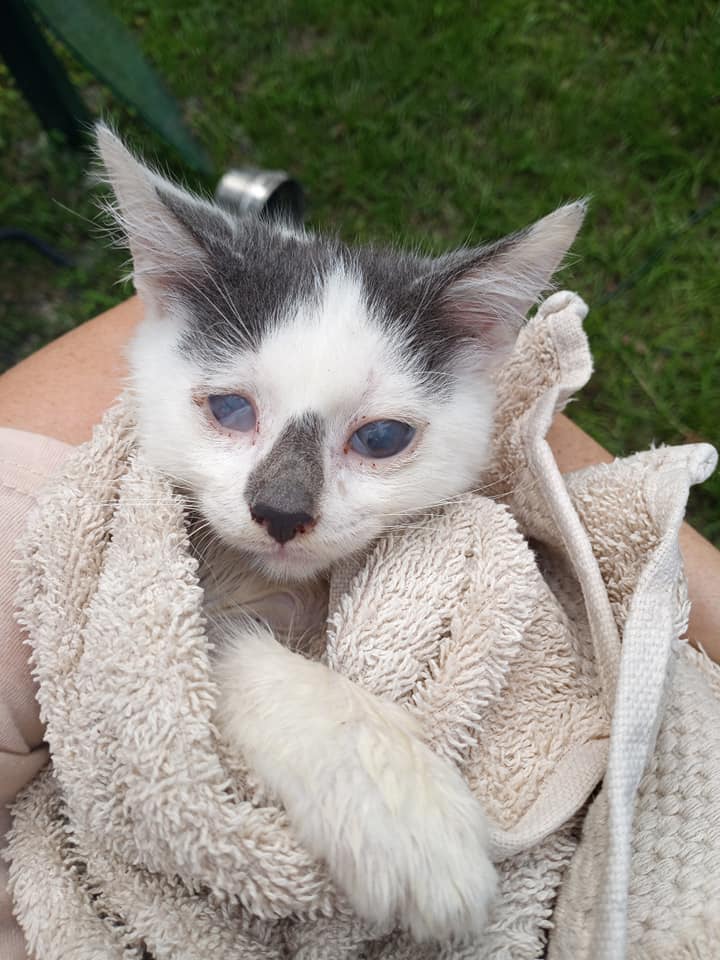 I caught up with Nugget’s cat mom to get some more details on this cute little kitten, so keep reading to learn more about Nugget and his happily ever after story…

How did Nugget come into your life?

I found Nugget at 1 month old (along with his siblings) alone on the damp ground in a small neighborhood but nobody did anything, his eyes ruptured and already having scabs, his siblings eyes all gunky and stuck, too.

He has no fear (except when he’s alone or thinks he is), he’s very loving and adventurous and he loves exploring. He doesn’t know he’s different, and he has amazing hearing—better than his siblings. He’s got a great sniffer, and when he runs through the house he follows his siblings. They are his seeing eye cats. 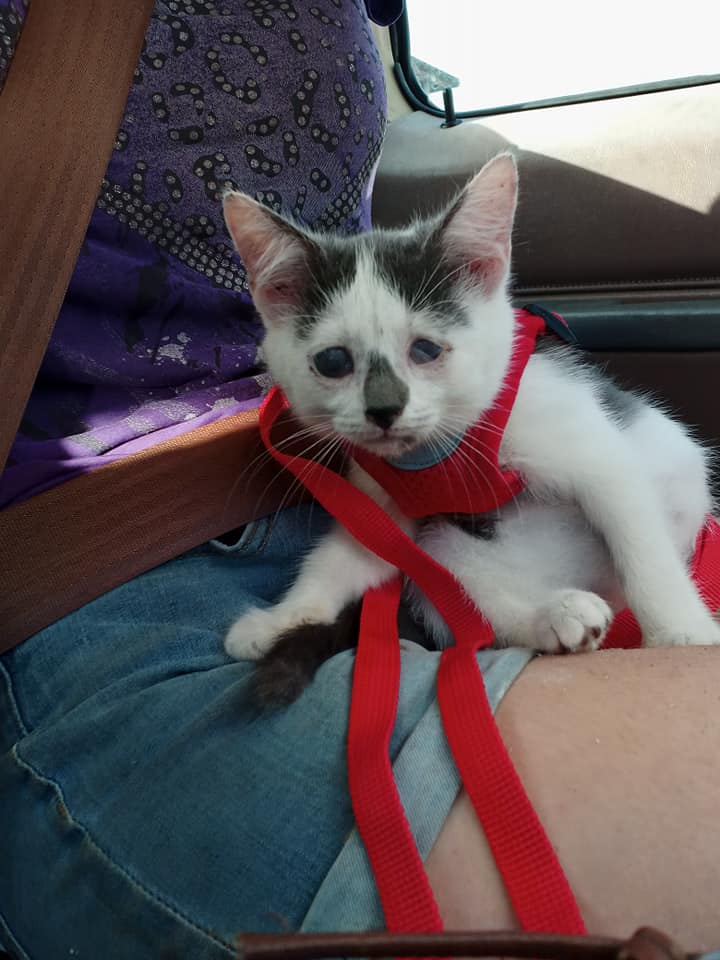 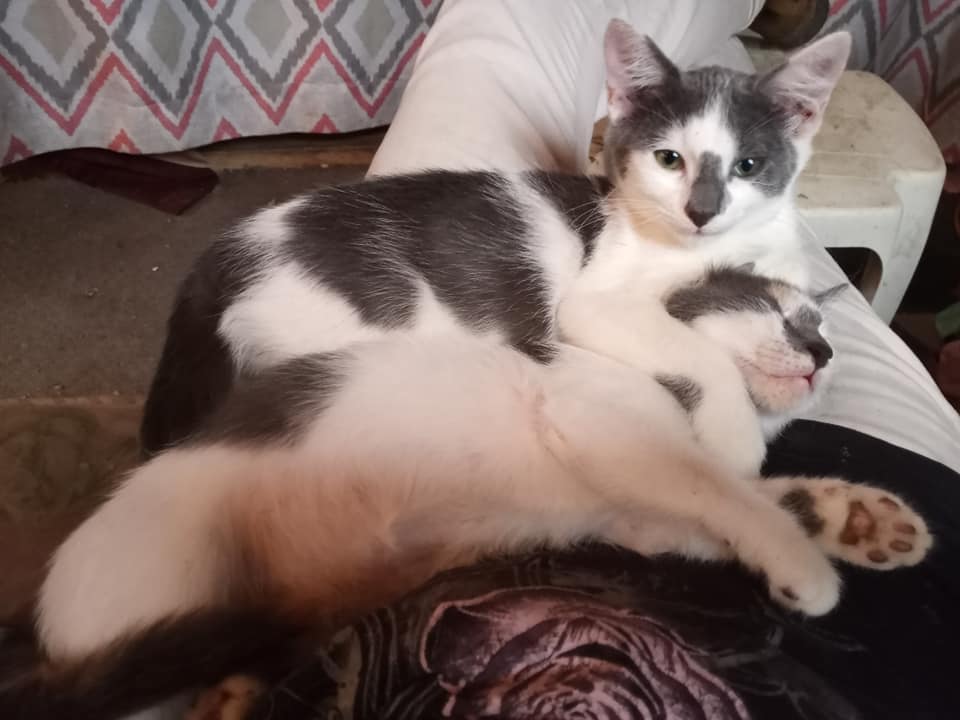 How did you come up with his name, and do you have any cute nicknames for him?

Nugget was the tiniest of the group and he just seemed like a precious little gem. I went with Nugget cause he’s worth more than any gold nugget. I call him Honey, Nuggy, Nug, Nugster, Nugbert, Nugs, too.

Does Nugget have any cat or dog housemates at home?

He has his two siblings Vincent and Goldie, I do have other cats but most stay away from them lol. 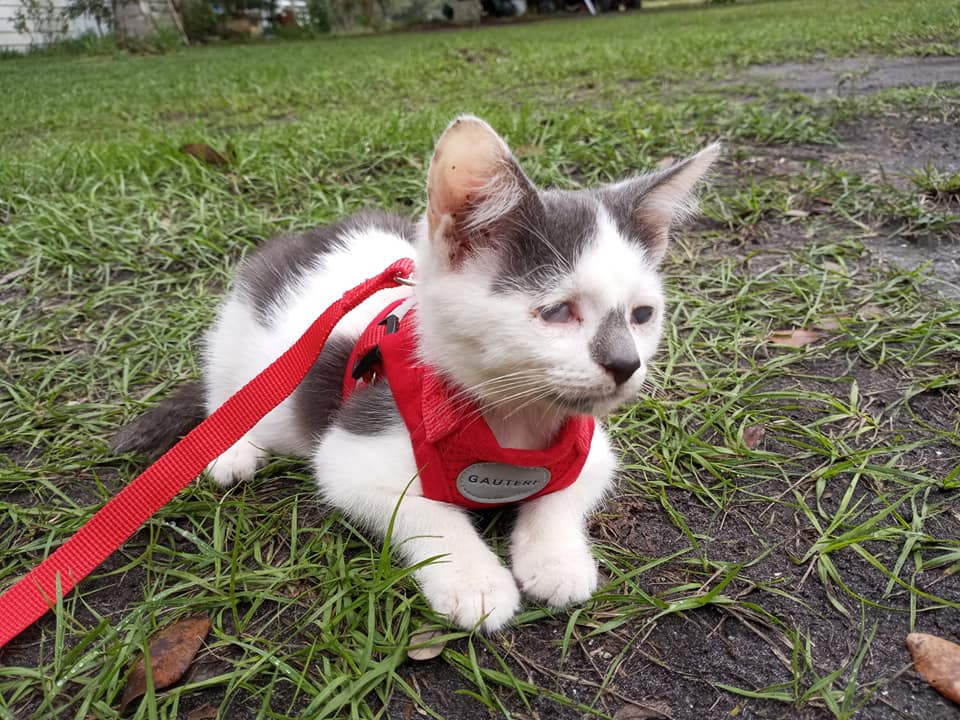 What’s something special you’d like people to know about Nugget?

He’s 4 months at the moment, and he’s going to go have a checkup on December 14th to see if he can keep his eyes or not. I made his page so people could see his progress and how he takes on the world and show people how well a blind cat can do, maybe he can be an inspiration to someone.

I’d like to give a special “thank you” to Nugget’s owner for allowing me to share his story with all of the Cattitude Daily readers. If you’d like to keep up with Nugget’s journey, follow him on Facebook here. And don’t forget to check out his super cute Etsy store, too! 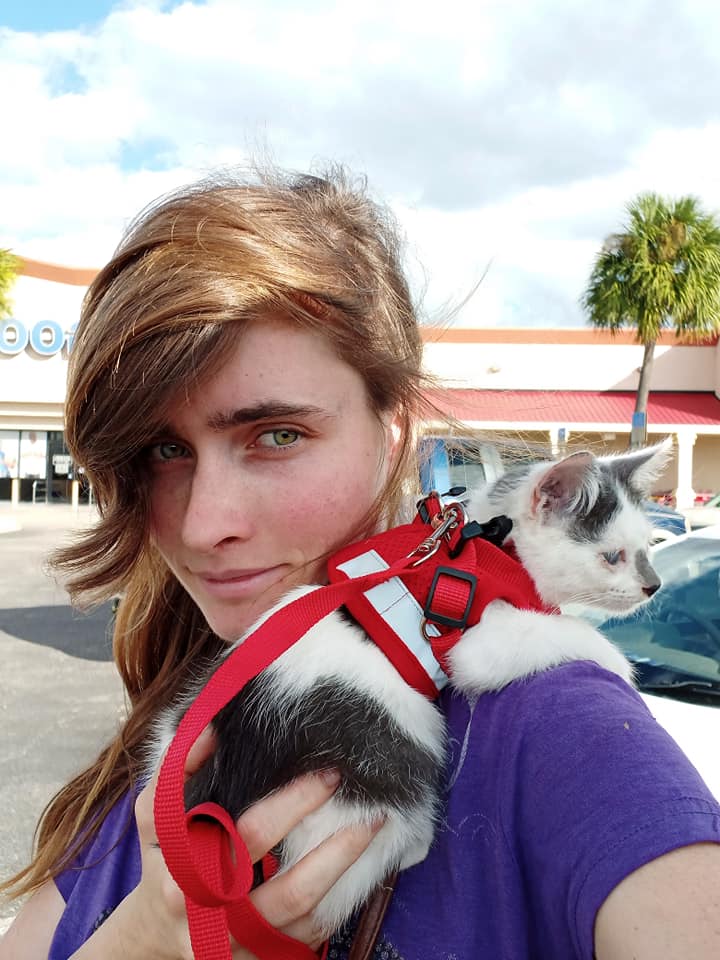 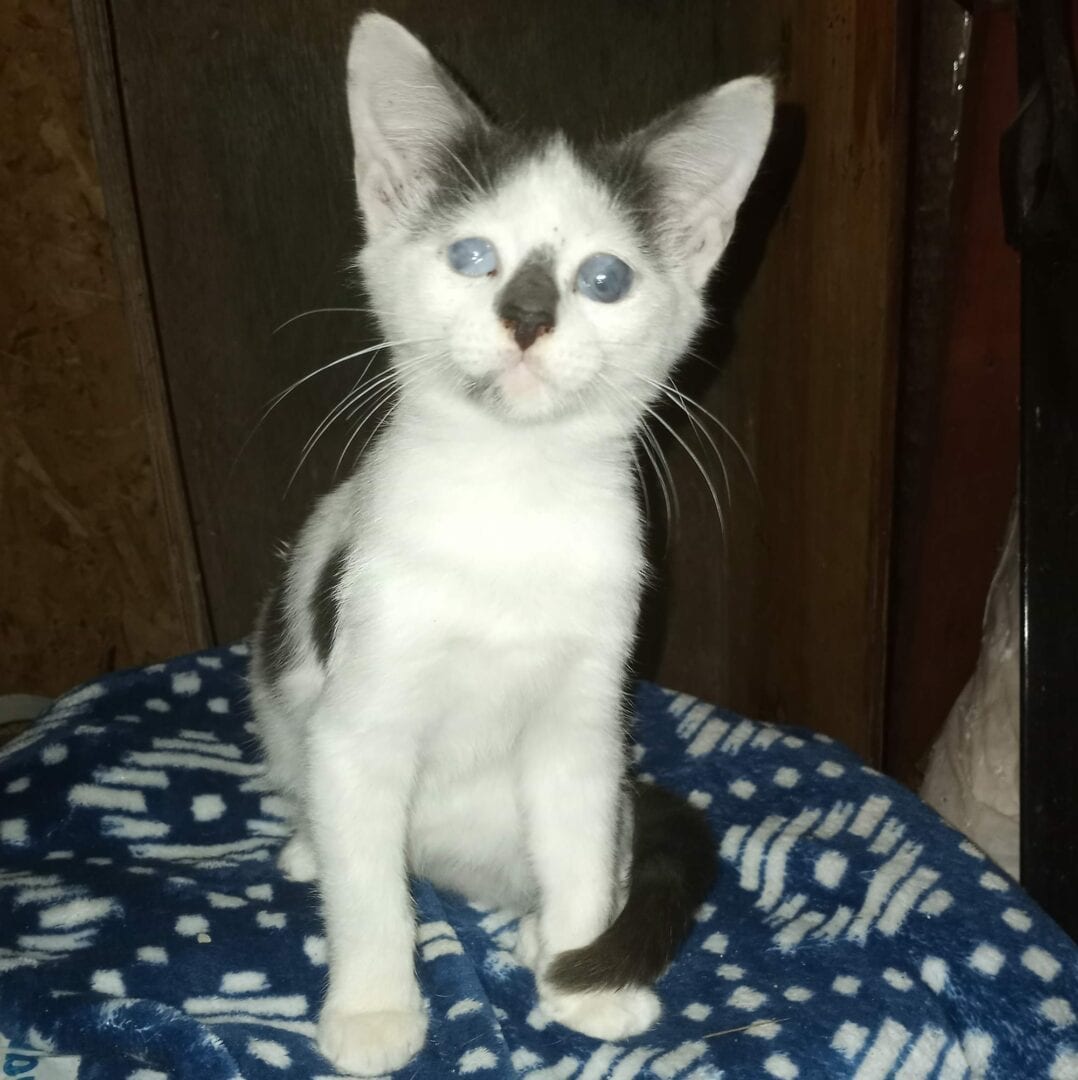 All Images Courtesy of Nugget the Blind Kitty on Facebook

Joe The Tuxedo Cat Will Make You Swoon...