Oldest Living Cat In The US Celebrates His 31st Birthday

For any cat owner, all we wish for is that our cats’ live a long and healthy life. While we know that exclusively indoor felines generally have a longer lifespan, on average a cat’s lifespan is between 12-18 years of age. But it comes as no surprise that many cat owners have reported that their cats have lived into their early 20’s. The oldest cat on record was Creme Puff out of Texas who lived till the ripe old age of 38. For one cat owner out of Illinois, it seems they’ve just broken the world record, with the oldest living cat alive in the United States…

The original post was shared three days ago on Reddit by Robert Goldstein’s stepdaughter, and quickly cat lovers took notice of the super senior ginger tabby!

This is Tiger. He just turned 31. We are told he is the oldest cat in the state of Illinois from r/aww

Check out a brief radio interview here with the cat’s owner, Robert Goldstein:

Rubble out of the UK celebrated his 30th birthday last year, so it seems that these two are roughly the same age, but that Tiger is clearly the oldest living cat in the United States as the ginger Maine Coon, Rubble, is across the pond. Must be something super special in those ginger cat genetics! Rubble, the oldest living cat in the world. Image courtesy of ColeAndMarmalade.com

Not realizing just exactly how special his kitty is, Robert was pleasantly surprised by his beloved kitty’s reception online:

Curious as to this oldest living cat’s secrets of longevity, his owner shares with WWBM radio the magic behind his cat’s impressive lifespan:

“Tiger has always eaten dry cat food and will only drink out of the bathtub. He still likes to go outside and sits on top of a car…”

According to Goldstein, he acquired the cat in 1996 from his then-girlfriend, who got him in 1989. The image that caught the attention of Reddit users came just after Tiger’s owner took his kitty to the vet for a routine checkup.

WBBM Newsradio who caught wind of Tiger’s story acquired an image to share with their listeners/readers on their website: 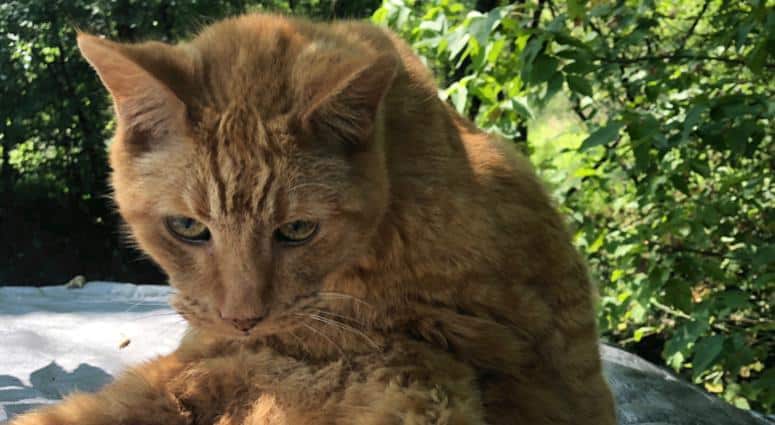 And Tiger isn’t Goldstein’s only pet. He also has a pet pit bull that Tiger makes known who is boss around their home:

Can you imagine how grand it would be to have our cat’s love and loyalty for so long? Here’s to many more years together, Tiger and Robert! 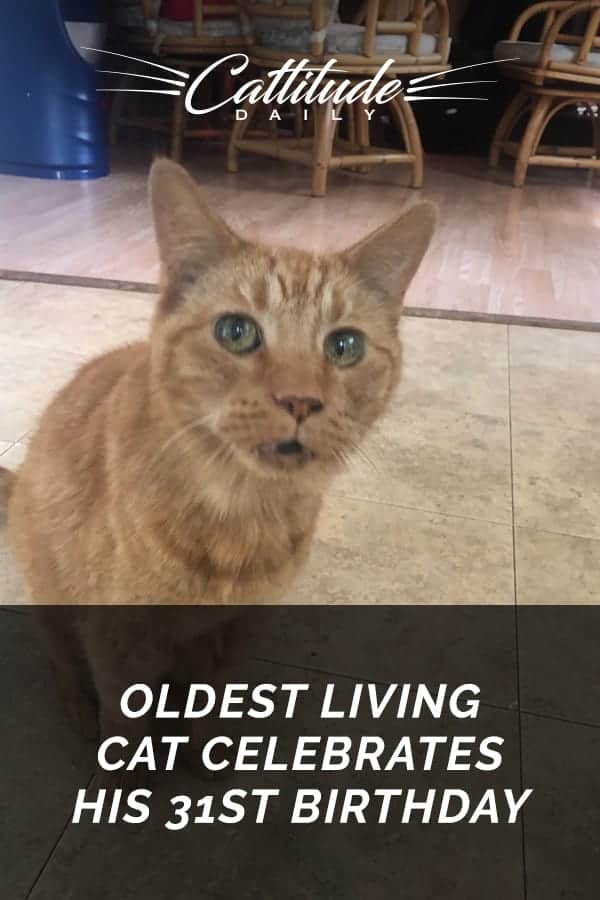 Your Cat’s Favorite Places To Be Pet—And One To Avoid!

Feline 411: All About Maine Coon Cats