Once A Lonely Alley Cat, Now Mr. Hobo Highwaters Gets A Chance To Shine

Anthony Di Sano is a man who really loves cats. He lives in Rhode Island which is known for harsh New England winters, and his heart goes out to the alley cats which are forced to live outside with no place to call home. But he feeds them, and tries his best to care for them. In exchange, he gets the opportunity to photograph them and hopefully earn their trust.

One day when doing his alley cat duties, he noticed a beautiful white cat that really caught his eye. This cat was not your average alley cat. There was something special about him that made him look as if he really didn’t belong there. Anthony couldn’t get this cat out of his mind. He need to help him, and give him a home where he could be pampered, loved, and cared for. So, he made it his mission to win over his trust. And *spoiler alert* it worked!

Everyone, meet Mr. Hobo Highwaters, an alley cat who now lives with Anthony and never has to rough it out on the streets ever again. 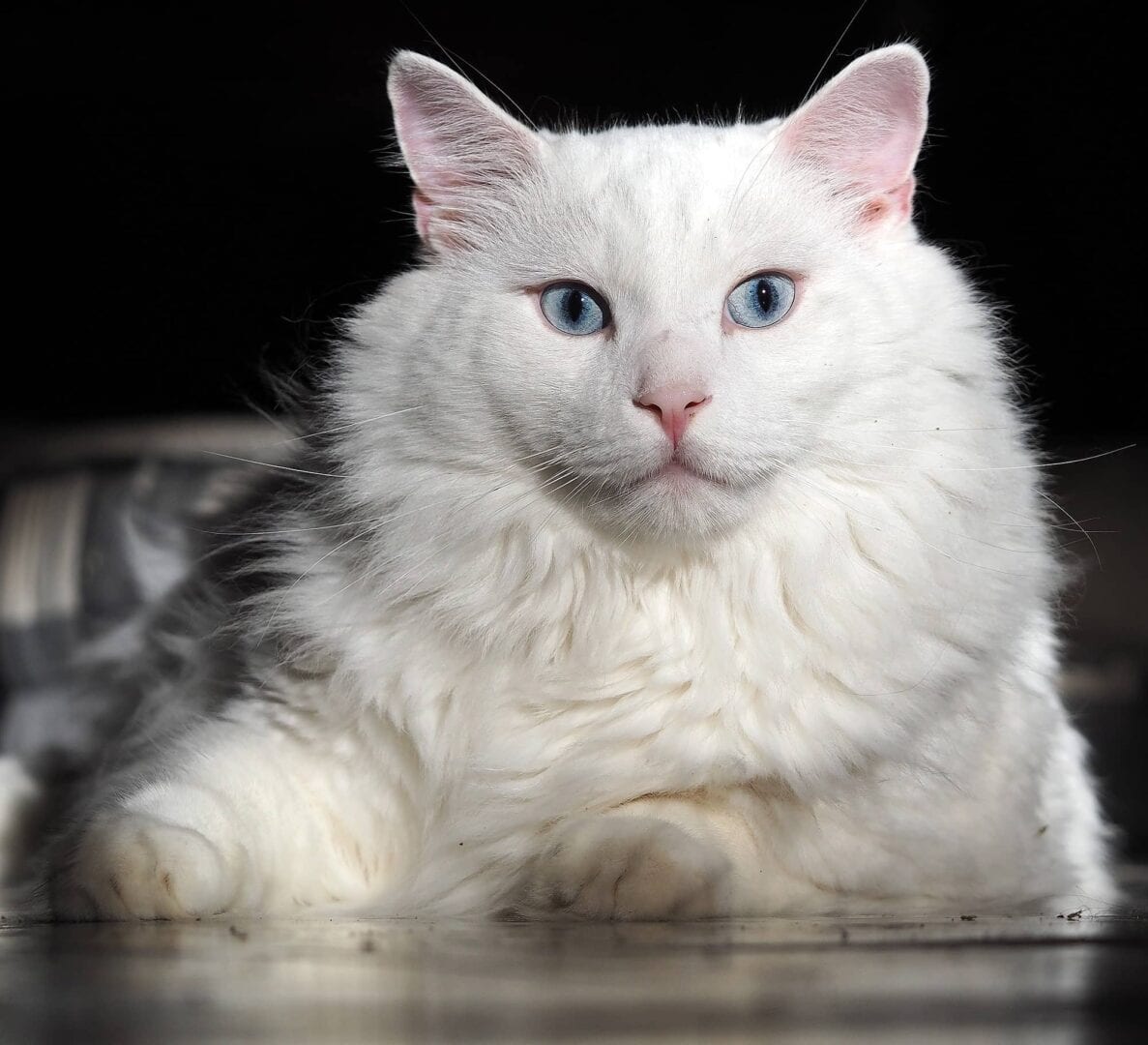 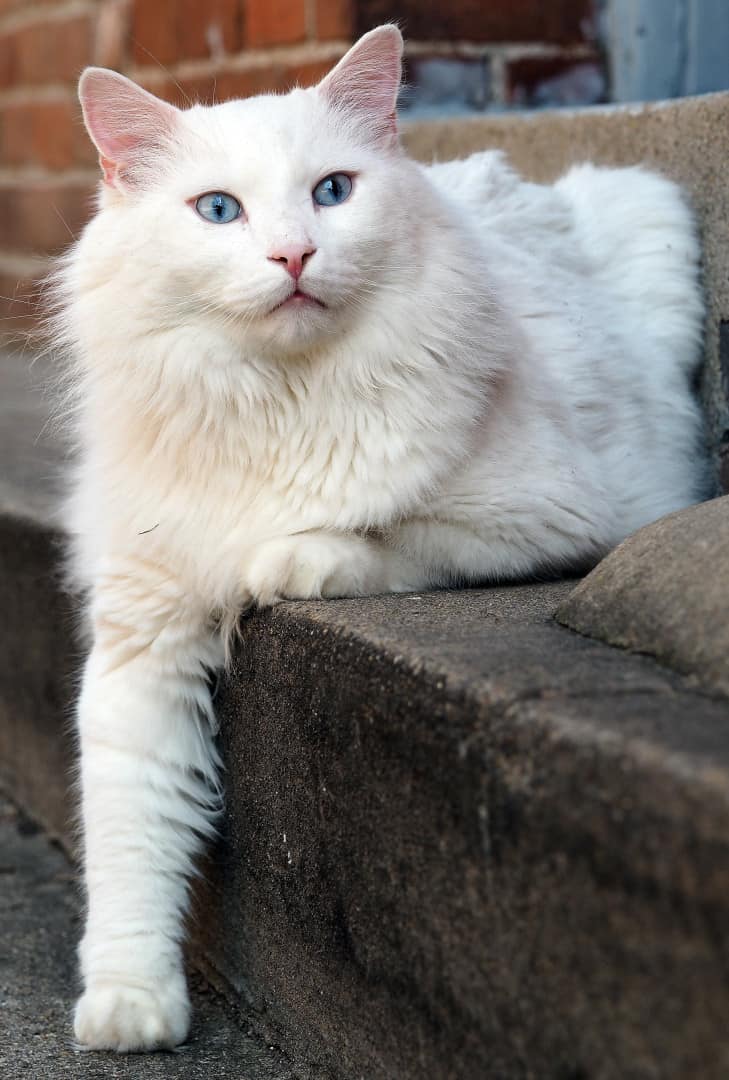 I caught up with Anthony after coming across Mr. Hobo’s picture online. Mr. Hobo has such a stoic look to him, with eyes you know have an interesting story behind them. And, I might add, a super cool name. Keep reading to learn more about this handsome kitty cat.

1. How did Mr. Hobo come into your life?

“For the past 14 years I’ve been feeding homeless/stray cats in a nearby alley, i=In exchange for food they let me photograph them. If they do not seem well, I rescue them, and Mr Hobo Highwaters was one of then. He seemed to be going downhill but saving him was easy, he finally turned friendly so I simply picked him up and brought him home.”

2. Do you have any fun nicknames for him? 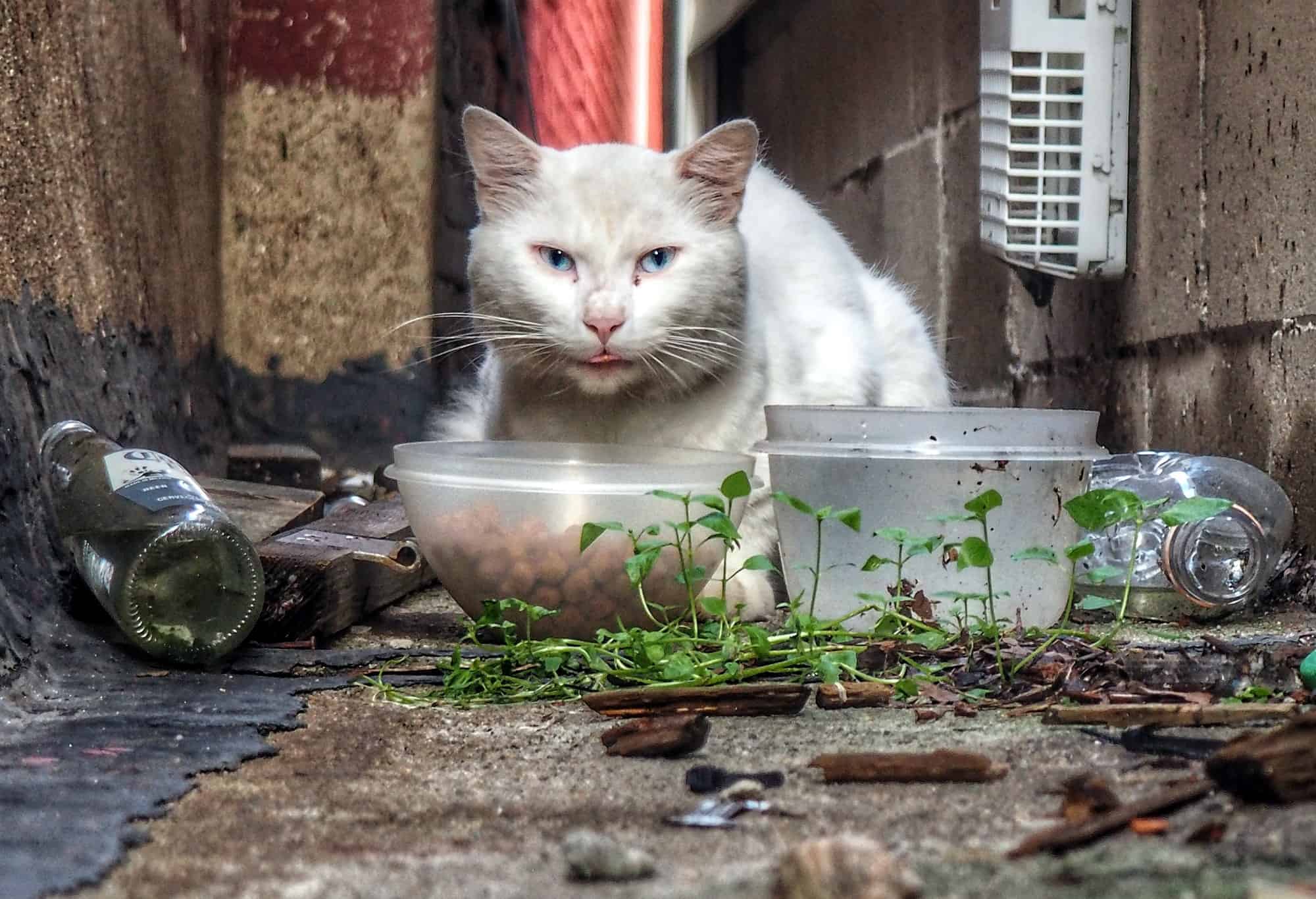 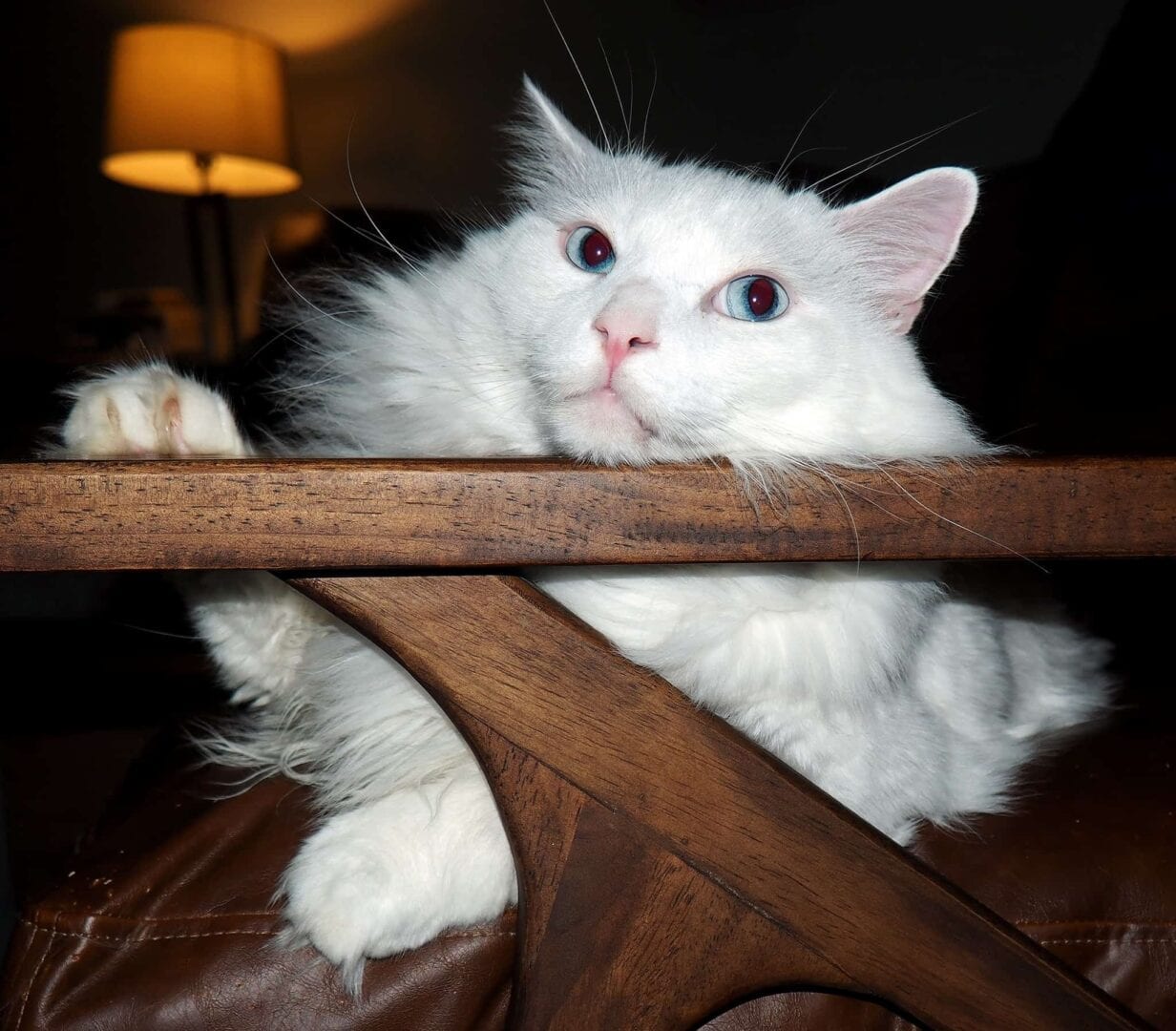 “His personality in The Alley was totally different than it is today. In the Alley he was always mean and hissing, swiping at me at any given moment. Once saved and brought inside, everything changed. His hair grew long with a huge mane, and now loves to be touched and plays constantly. He likes to sleep on his back and likes his belly rubbed while doing so. Craves attention and seeks it. Headbutts, licks and sometimes rabbit kicks happen all day.”

4. Does Mr. Hobo have any cat housemates? 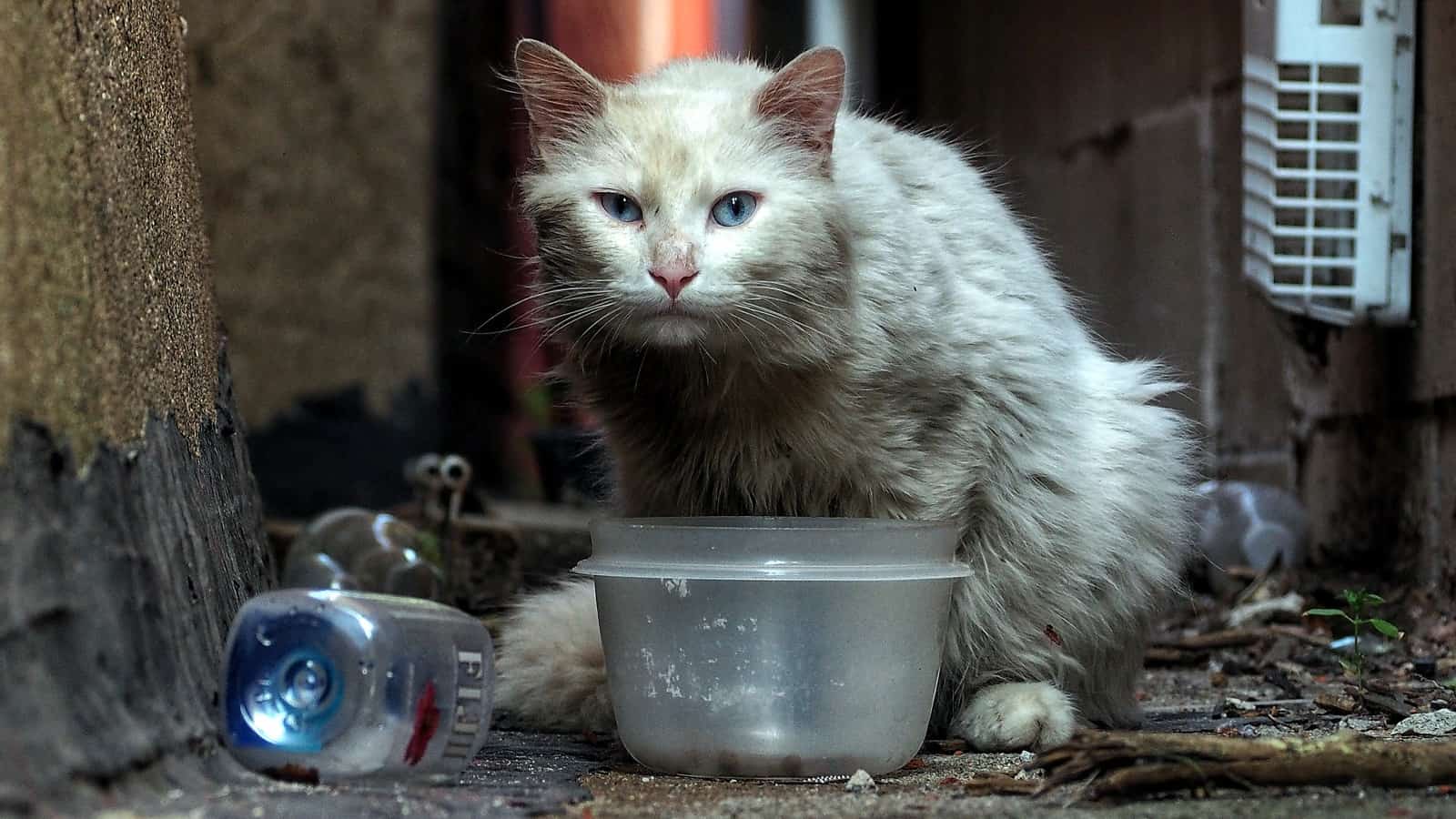 5. What’s something special you’d like people to know about him?

“I like to talk about his transformation from  the Alley to the house, which can be shown by a multitude of photos I have taken along the way. In the beginning  he was a rough, tough, mean and dirty looking short haired cat, to a now long haired pristine and playful loving healthy big buddy.”

Can’t get enough of this handsome boy? Keep up with him on Instagram here, and you can even vote for him to win America’s Favorite Pet, too (it’s free to vote). 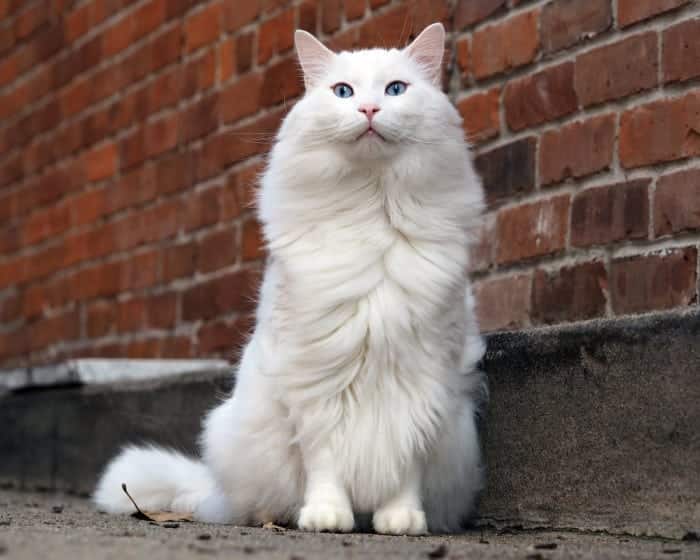 Anthony also has a private Facebook group dedicated to those who care for outside cats, such as ferals and strays. Every cat deserves a chance to shine and feel special, and I’m thankful for kindhearted folks like Anthony who can see the beauty in all cats no matter what. 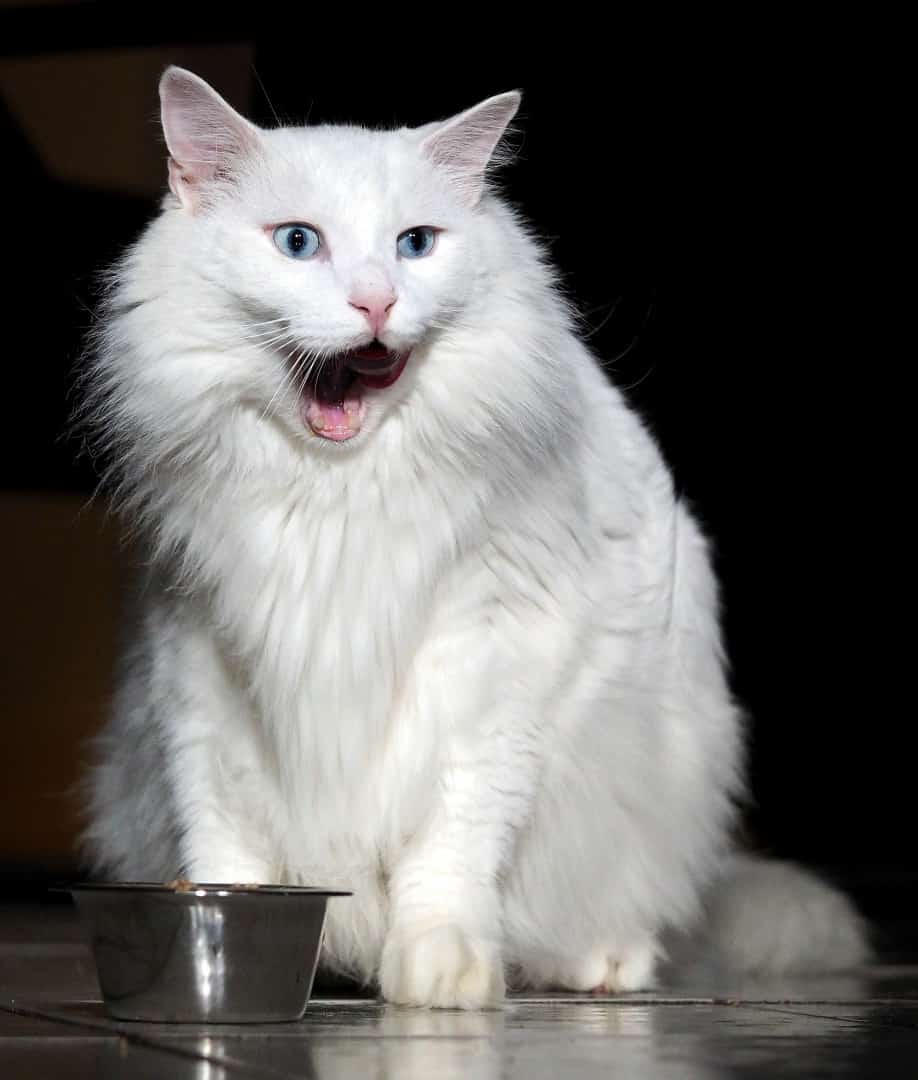 Meet Tips And Toes, Two Tuxedo Brothers With A Love Of Adventure