For a cat named Lucifer, you might be quick to assume he’s a naughty kitty given his name. But such is certainly not the case when it comes to this handsome black cat. Lucifer, AKA Luc for short, was found as a stray cat in Perm, Russia, but this is a feline with a heart of gold and a mission for comforting other animals.

He was taken to a local animal hospital to be assessed, especially because he didn’t have use of his back legs. Veterinarians assumed that there was possible damage to the spine which prevented him from being able to walk. 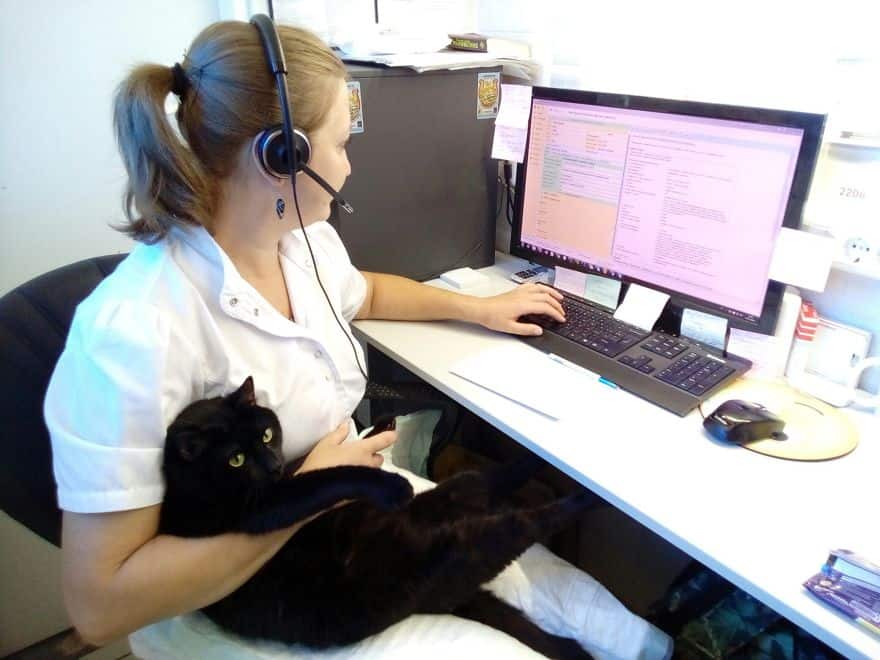 The person who found this sweet kitty also happened to be employed by that same animal hospital. Quickly he became a favorite among the staff, so they decided that there he would stay. 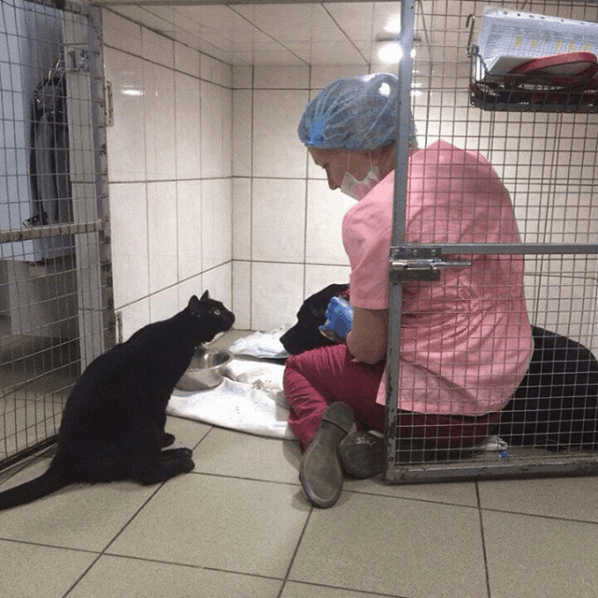 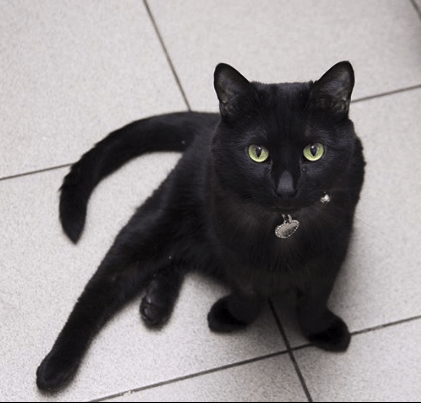 The photos of this precious nurse cat are obviously adorable, and it’s clear to see that Luc takes his cat nurse work very seriously when making his rounds. 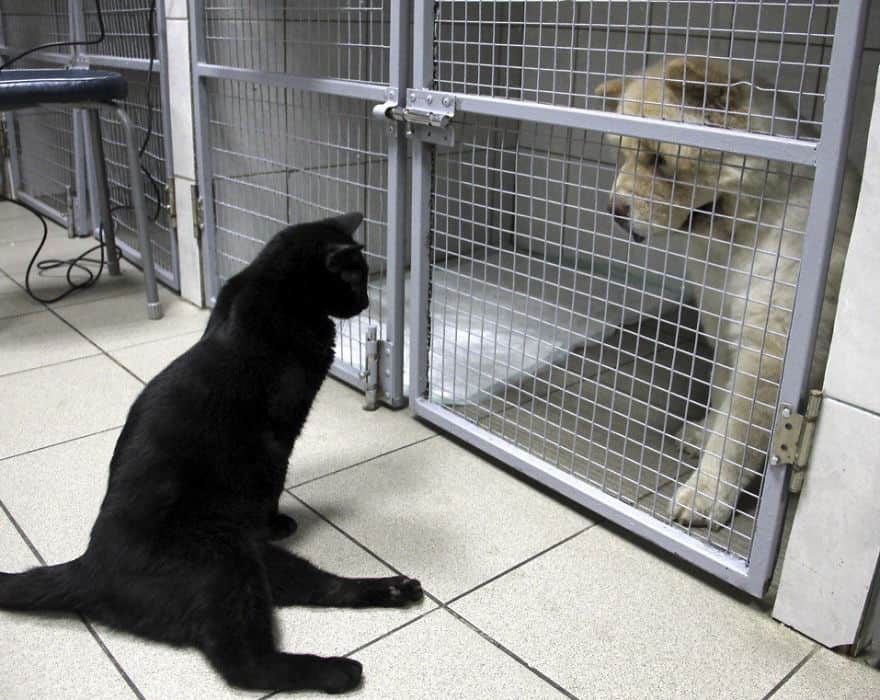 Little Luc is no stranger to the camera, either! The animal clinic has used their now celebrity do-gooder for advertising and promotional work, too. He’s always down to pose and look pretty for the camera when he’s not hard at work comforting others. 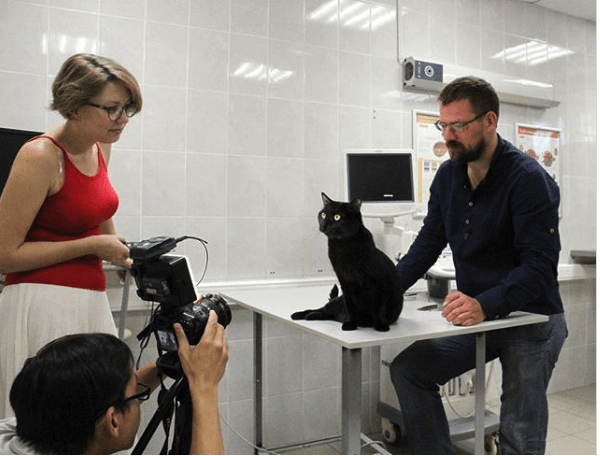 And on some occasions, he even donates blood for felines in need. True to his gentle nature, he’s a good sport about it, too! 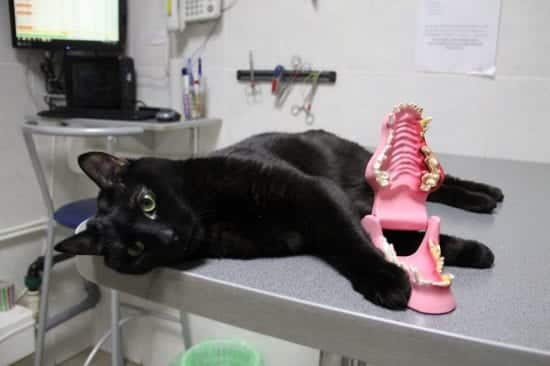 Lucifer, you are one special cat. It always amazes me how cats have a sixth sense for knowing how to find the right humans in life. 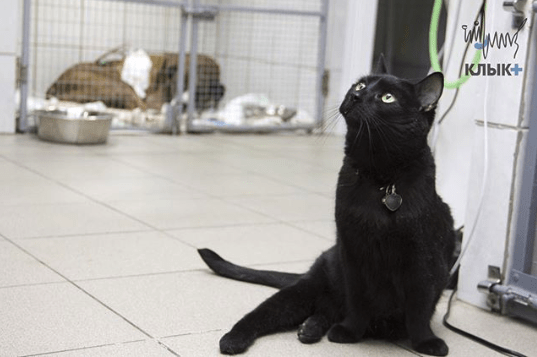 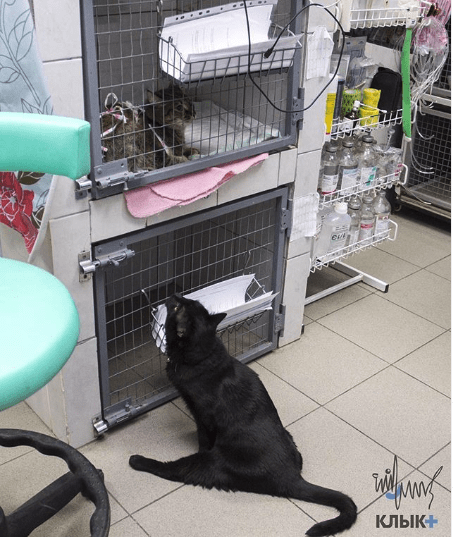 Share Lucifer’s sweet story with any one you know who could use a smile. The world needs more feel good stories like this!

If you’d like to keep up with Luc the cat nurse on Instagram, you can find the cutest feline nurse here.

Bowie The Cat Was Born To Be A Star