Rare Amur Leopard Is Hiding In This Photo—Can You Spot It?

While our domesticated feline friends can have stripes, the big cats of the wild are famous for their camouflage cat spots. These spots help them to hide and to hunt, which is essential to their survival. Sadly, we know many cats of the big cat world are not-so-slowly heading towards extinction. With endangerment rates quickly increasing, the Amur Leopard is on the list as one the most endangered of all big cats. (In case you are wondering, the Snow Leopard is #1.)

Worldwildlife.org shares basic facts about Amur Leopards on their website:

People usually think of leopards in the savannas of Africa but in the Russian Far East, a rare subspecies has adapted to life in the temperate forests that make up the northern-most part of the species’ range. Similar to other leopards, the Amur leopard can run at speeds of up to 37 miles per hour. This incredible animal has been reported to leap more than 19 feet horizontally and up to 10 feet vertically. 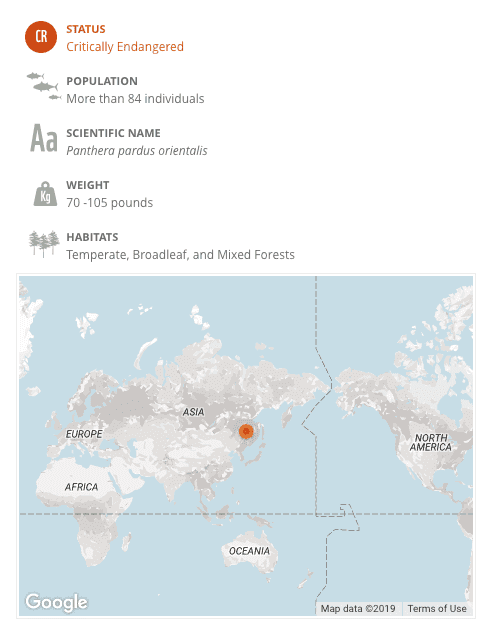 The Amur leopard is solitary. Nimble-footed and strong, it carries and hides unfinished kills so that they are not taken by other predators. It has been reported that some males stay with females after mating, and may even help with rearing the young. Several males sometimes follow and fight over a female. They live for 10-15 years, and in captivity up to 20 years. The Amur leopard is also known as the Far East leopard, the Manchurian leopard or the Korean leopard.

Humans pose an obvious threat to these gorgeous cats, as there are those cruel individuals who poach them for their magnificent fur. Additionally, their natural habitats dwindle as we build and expand and encroach on land that was once theirs.

A hundred years ago, this big cat roamed the Korean peninsula and several provinces of China, including areas of eastern Russia. 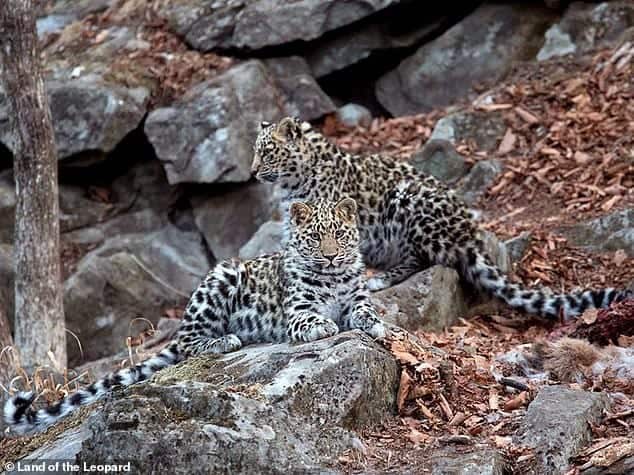 A pair of Amur Leopards at Land of the Leopard. Image courtesy of Daily Mail

Recently at Land of the Leopard National Park in Russia a super camouflage Amur leopard cat was “spotted” doing what they do best—hiding! DailyMail shared the photos with readers, stumping the internet in this ultimate hide-and-seek big cat find! I’ll admit, I couldn’t find it on my own. Let’s see if you can. And then scroll to the bottom for the reveal. 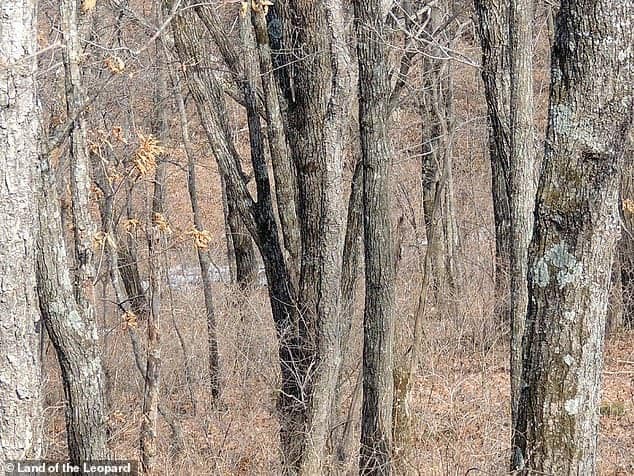 We are so thankful that this lovely place exists to help these big cats not to face extinction. In fact, reports have shown that there has been an increase in the Amur Leopard population thanks to the park’s conservation efforts. Between 2007 and 2015, census data indicated that the number of Amur leopards in the national park grew from 30 to 57 – an increase of 90%. 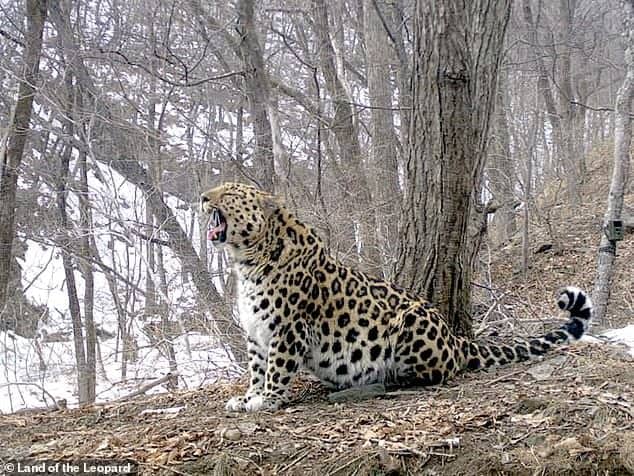 Did you find the kitty? See below for the reveal! 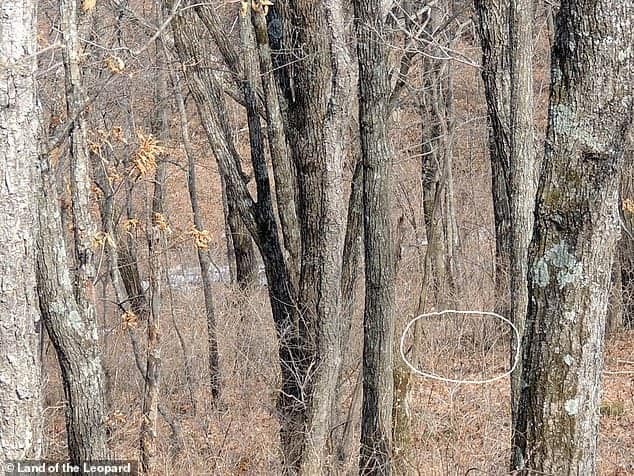 These beautiful big cats are certainly the masters of hiding, aren’t they?! Here’s to hoping that their population continues to grow so that our children’s children can still know these stunning felines of the wild.