I’m a huge fan of cats—and that goes for big cats, too. But unlike my three domesticated feline friends that I’m lucky to call my own, I know that I will not and should not house one of their big cat big cousins. Sadly, there are some people who do not feel the same, and loose laws make matters even worse.

Recently outside of Santa Fe, New Mexico in the the mountainous regions surrounding the city, a big cat was spotted roaming freely in the Hyde Park area. The first sighting occurred last Friday, August 30th, and it seems that experts aren’t quite sure whether this is a Savannah (a designer hybrid cat which does happen to be legal in the state) or if it’s a Serval cat (which is not legal in the state of New Mexico but in neighboring states).

According to Dr. Erin Flynn, mammal curator at ABQ BioPark Zoo, she hypothesizes on which big cat this may be:

Check out the news clip below courtesy of KOB Channel 4 News in Albuquerque, NM:

We hope that New Mexico Game and Fish officers are able to safely capture this big cat, and more so, that this is not the work of a local illegal breeding operation.

The Santa Fe Police Department issued a statement on their Facebook advising caution to local residents of the area, and they’ve made it clear that their intent is not to harm this lovely big cat.

There has been much speculation in the comments section of the SFPD’s Facebook page as to what this gorgeous cat might be, and many who believe that it must be someone’s pricy pet which has gotten loose. While it’s true that residents should practice precaution, this is an animal that is likely frightened to death and has traveled far from familiar territory. And worse, found themselves in the presence of a known coyote populated area. 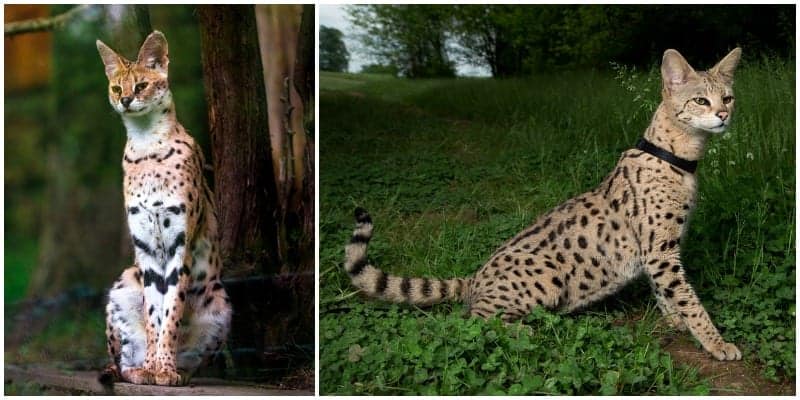 We hope that this beautiful big cat, whatever kind they may be, gets the happy ending that they deserve. Hopefully this serves as a learning lesson to those ignorant minded folks who think that they should keep big cats as pets. Let wild cats be wild, please!

For anyone that happens to see this big cat, kindly call the New Mexico Game and Fish or Santa Fe Police Department with its whereabouts.

Toxic Plants That Can Harm Your Cat