Land of the Leopard National Park in Russia is a wonderful place that is allowing the critically endangered Amur leopards of today’s world a safe haven to thrive. Located in Primorsky Krai, Russia, this park sits in the Far East and is home to 86 adult and 21 adolescents of these big cats. It is comforting to know that there is a safe and protected area where these big cats can live happily and reproduce in the wild.

Human poaching is what has greatly dwindled their numbers, and the wonderful efforts of this national park have helped to increase the Amur leopard population so that extinction doesn’t become a heartbreaking reality.

Recently one of the cameras on-sight at the 1,000 acre protected reserve spotted an elderly Amur leopard playing as if they were just a silly kitten, and the footage is oh-so-adorable.

Check out the adorable footage of the Amur leopard flourishing at Land of the Leopard National Park in far East Russia:

Doesn’t he look so happy? We’ve written about these critically endangered cuties of the big cat world before, and it should come as no surprise that those stunning spots make them experts at hiding.

Image Courtesy of the WorldWildlifeOrganization.org

More about the Amur Leopard, courtesy of the WorldWildlifeFoundation.org:

People usually think of leopards in the savannas of Africa but in the Russian Far East, a rare subspecies has adapted to life in the temperate forests that make up the northern-most part of the species’ range. Similar to other leopards, the Amur leopard can run at speeds of up to 37 miles per hour. This incredible animal has been reported to leap more than 19 feet horizontally and up to 10 feet vertically. 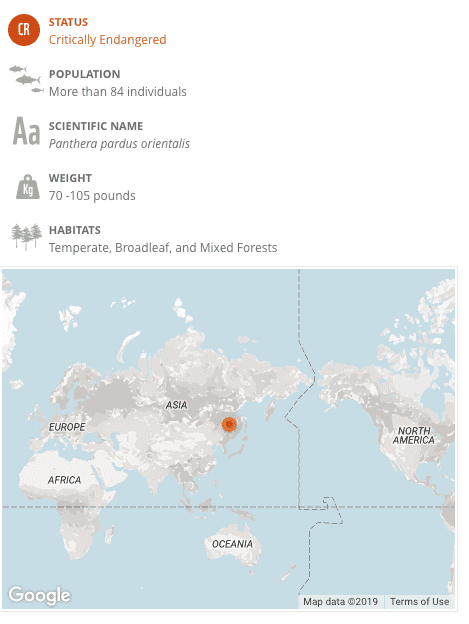 The Amur leopard is solitary. Nimble-footed and strong, it carries and hides unfinished kills so that they are not taken by other predators. It has been reported that some males stay with females after mating, and may even help with rearing the young. Several males sometimes follow and fight over a female. They live for 10-15 years, and in captivity up to 20 years. The Amur leopard is also known as the Far East leopard, the Manchurian leopard or the Korean leopard. 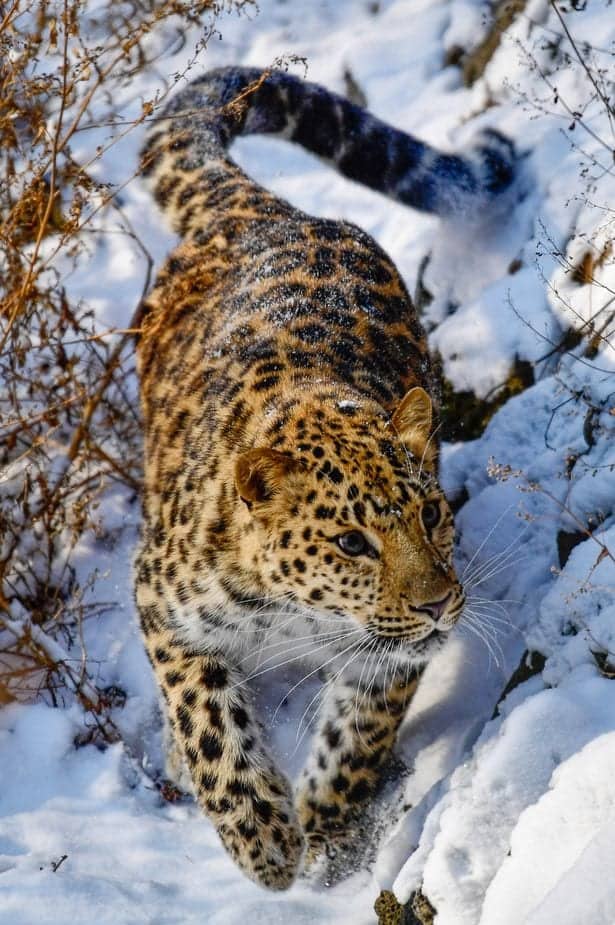 Fun Amur leopard fact: this leopard subspecies can run up to 37 miles per hour and can jump up to ten feet into the air.