For a Canadian couple, their rescue cat, Joey, is a feline firefighter. Together the couple resides in Portugal Cove-St. Philip in Newfoundland. The couple shares Joey, a cat they adopted nearly 2.5 years ago, and their “guard dog” which is a puppy close to one year of age.

Scott White and his fiancee, Ashika Iqbal, were woken up this past Saturday in the wee hours of the morning with Joey alerting them of danger in their home. It was around 4:30 AM when this occurred, and Scott claims that this is very unusual behavior for Joey. (He must be one of those nice cats that actually lets their humans sleep!)

He told the Toronto Sun that,

“We’ve had him for two and half years and this was the first time. Like he was pacing back and forth on the bed. He was standing on my chest. He had his paw on my cheek, desperately trying to wake me up.” 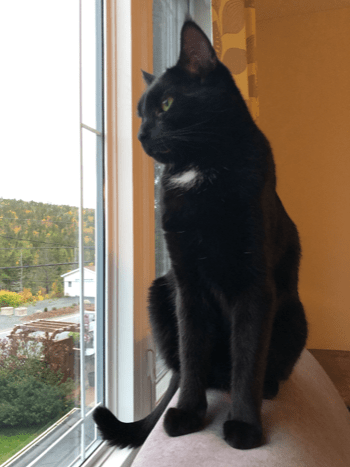 Upon waking up, Scott knew instantly that something was very wrong. “As soon as I awoke and I could smell the burning dinner from the kitchen, it didn’t take long to get out of bed.”

Before going to bed around midnight, the couple had set their Crock-Pot to prepare food while they slept. Upon entering the kitchen, he saw lots of smoke coming out from the Crock-Pot.

“We went to bed around midnight and it was fine. And then it wasn’t fine when Joey found it,” Scott said, referring to the Crock-Pot which caught fire.

As for the dog? Well, the ten-month-old mutt named Weston who usually barks loudly when anyone knocks on the door was fast asleep in bed with Ashika. “I guess we found out the real hero is the cat,” Scott said, laughing. 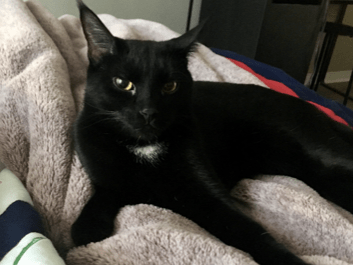 Apparently this dog like behavior isn’t out of the ordinary for the feline. Scott says that, “We joke that he’s more like the dog than the dog is. He’ll play fetch. If you throw something, he’ll bring it back. He’s always underfoot. Like if I leave the room, he wants to come wherever I’m going.

Obviously this is a case of who rescued who, and the good people at Toronto Cat Rescue where Joey was adopted from were amazed by the wonderful news of this feline hero. They shared a post on their Facebook page saying:

AWESOME NEWS STORY FOR THE DAY!!

Joey, a rescue cat adopted from Toronto Cat Rescue, helps save his family from their very own #ThisisUs moment from a faulty crockpot. Rescued from our partner in Quebec and brought into our program, Joey – formerly Java – was adopted from us 2.5 years ago. What a great “watch cat” you turned out to be Joey! I hope your family is giving you lots of extra treats for saving the day!

Scott told the Sun that he and his fiancee have always known just how special Joey is regardless of his heroic acts. He says that, “We always joke that he’s worth his weight in gold but he’s proven it.”

This is not the first I’ve heard of cats saving the day. And I’m grateful for this couple that they are safe and they’re living to tell the tale thanks to one good kitty. Cats are truly amazing creatures and we are lucky to share our lives with them.

If you’d like to learn more about the Toronto Cat Rescue and the amazing work that they do for our feline friends in need, you can read more about them here on their website. 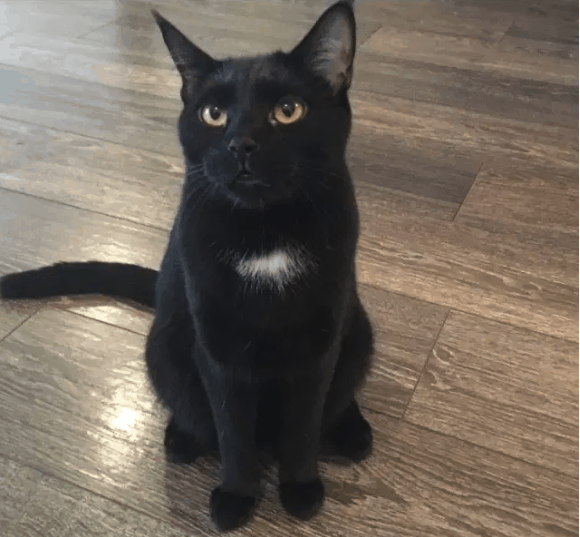 All Images Courtesy of Scott White

Why Do Cats Scratch? Plus Tips To Save Your Furniture

How The Saying “Cats Have Nine Lives” Came To Be