Cats are incredible hunters. And while cats will bring us our kill as “presents”, they also do this to show us what skilled hunters they are. For Shelly the rescue kitty, she showed off her impeccable hunting skills in a huge way.

Her 81-year-old cat dad adopted her from the Claiborne County Animal Shelter in New Tazewell, TN, when he was in search of an “inside cat” to call his own and provide him with companionship. All it took was one look at this gorgeous tabby cat with glowing eyes and the rest was history: “I knew she was the one.” 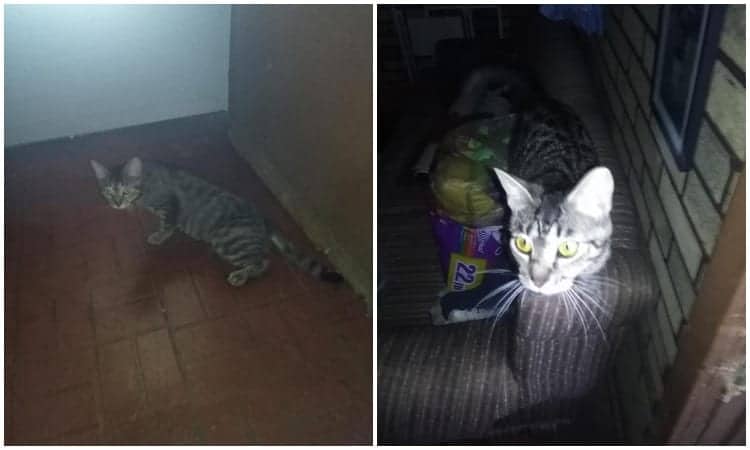 And, just as cats do, Shelly repaid her love and gratitude in an amazing way. But thankfully, she was left unscathed from what could have been a potentially deadly ordeal with a venomous snake….

Check out the full details shared by his daughter on Facebook, Teresa Seals:

RESCUE CAT FROM CLAIBORNE COUNTY ANIMAL SHELTER KILLED COPPERHEAD SNAKE IN ELDERLY HOME: This is Shelly a rescue cat from Claiborne county Animal Shelter. My dad wanted an inside cat for championship. I helped him search the Claiborne county Animal Shelter web site and he immediately chose Shelly. I called and she was available. When I met her, I knew she was the one. Dad said on Tuesday in the middle of the night, he heard the cat. He thought perhaps it was her getting a mouse. Keep in mind. In all the years of my parents living, has never found a snake in the 50 plus years living there. So, he went back to sleep. Thursday, we received a call from dad’s sitter who said “There’s a snake under the table, I think it’s dead we can’t find the cat.” I left work, picked up my husband, and met the sitter and dad on the front porch. My husband went in and the snake was dead (copperhead). My husband noticed the snake was kinda stiff so it had been dead a day or two. The cat came out with no injuries. However, the snake had what appeared claw marks on its head and neck. So, the cat apparently killed the snake and brought it out to show dad his prize. now, Shelly is a true hero.

Ms. Seals told WVLT 8 News of Knoxville, TN that at the end of last month, her father heard suspicious activity around the house at night. But knowing that cats love to be active at night, he thought nothing of it and simply assumed his kitty kid was just chasing a mouse. 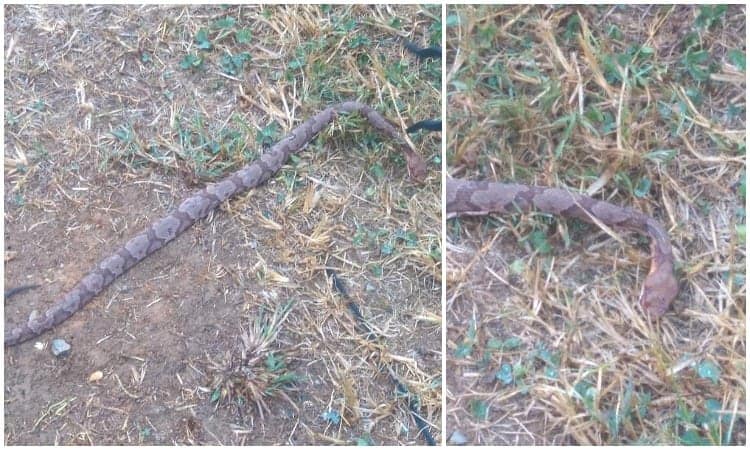 We are so thankful that this cat hero is living to tell the tale, and we’re sure that her dad is grateful as well to see have his feline friend by his side. My own two rescue boys, Tom Brady Kitty and Mr. Purple, have each killed multiple snakes, even two copperheads—but not nearly as big as this scary snake. This just proves the message loud and clear: adopt don’t shop, folks! Thank you for giving this sweet kitty a second chance at life, it sounds like she’s a keeper for sure. <3

Why Does My Cat Follow Me To The Bathroom?