Rescue Kitten Joins The Ranks As Official Officer In Arkansas

Cad is a super cute kitten, but she also has an important job to do! She might seem cute and cuddly, but she’s also an official officer with the Bryant Police Department in Bryant, Arkansas.

According to Animal Control Director Tricia Power, Cad didn’t have an easy start at life. She was brought to the Bryant Animal Control along with her mother and three littermates this past September 2019. 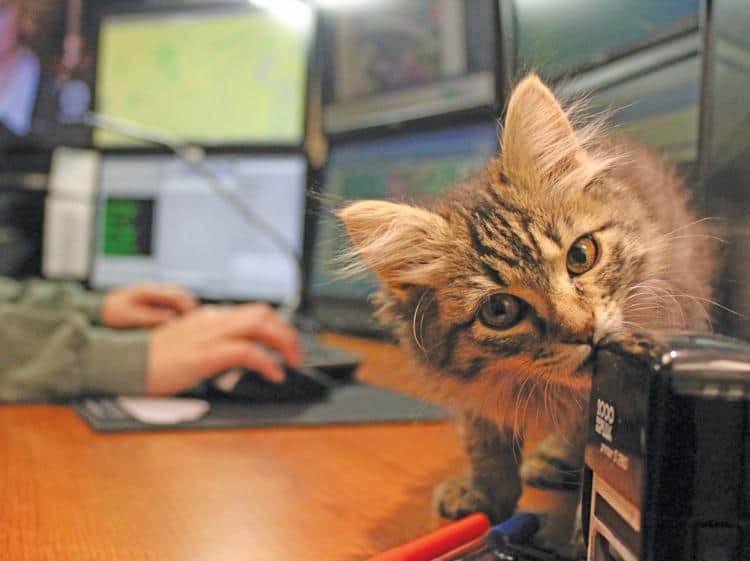 Image Courtesy of the Benton Courier

“All were very sick and their mother had rejected them, likely because she was just trying to survive herself,” Power said.

The kittens had to be fostered and cared for, and a woman named Crystal who works at the BPD was responsible for caring for Cad. And, just as many rescue kittens do, she found a home with those who fostered her. And her name? Well, the name for the kitten comes from the operating system the department uses for dispatching calls, the Benton Courier reports.

“Her adoption by the police department serves as reminder that although shelter dogs get the majority of the attention in regard to rescue and adoption resources, there are just as many cats in shelters needing help.” — Tricia Power 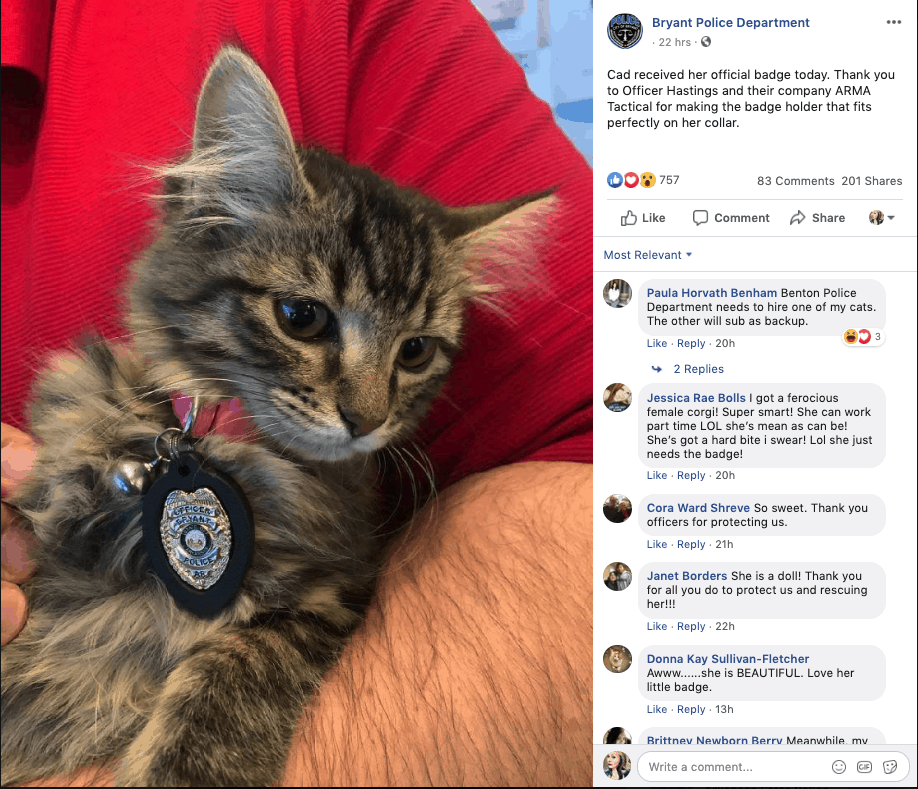 And there’s no need to worry who will care for Cad at night, because officers and dispatchers work around the clock so she’ll never have to be alone!

Sgt. Todd Crowson, spokesperson for the Bryant Police Department, said in a statement that Cad has received an overall positive response. He also hopes and that she can serve to comfort victims while they’re at the station. (I think he’s onto something there, she’s too cute!)

“We hope that Cad will serve as a cute and cuddly ambassador for her species, as well as provide stress relief for the staff and officers at the police department,” Power said. “There’s nothing quite like a purring, loving kitten to cuddle after a particularly tough day on the job.” 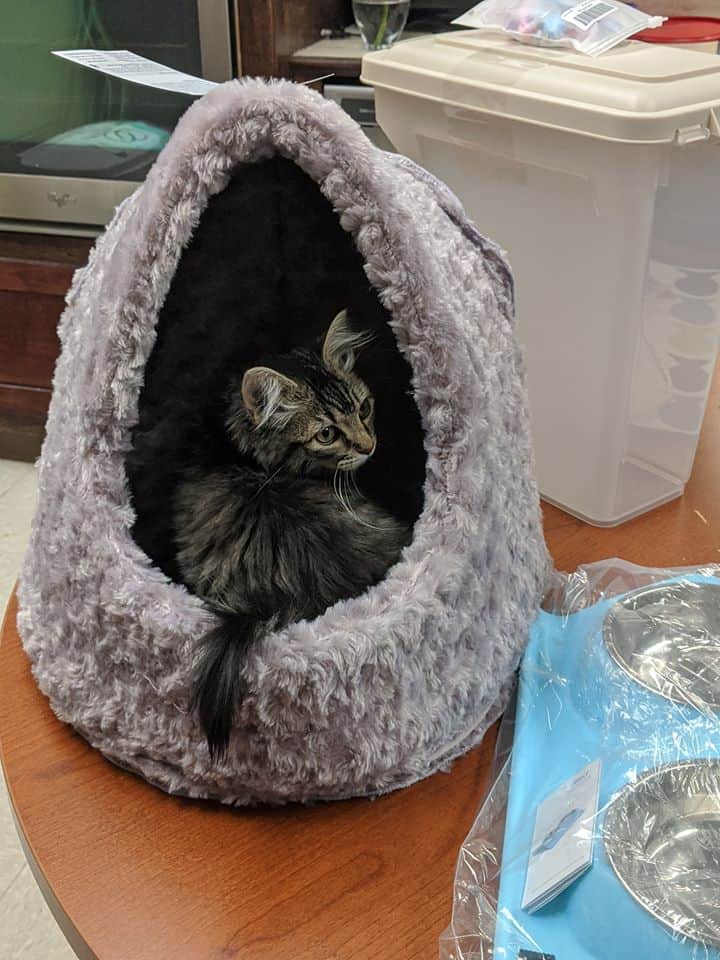 The police in Arkansas are really stepping it up for cats in need. Late last year, Pawfficer Fuzz joined the ranks of duty at the Fort Smith Police Department. Fuzz, another rescue kitty, has settled in just fine as an officer, and the good people at the police department in Fort Smith even let the public have a say in choosing the kitty’s official name. 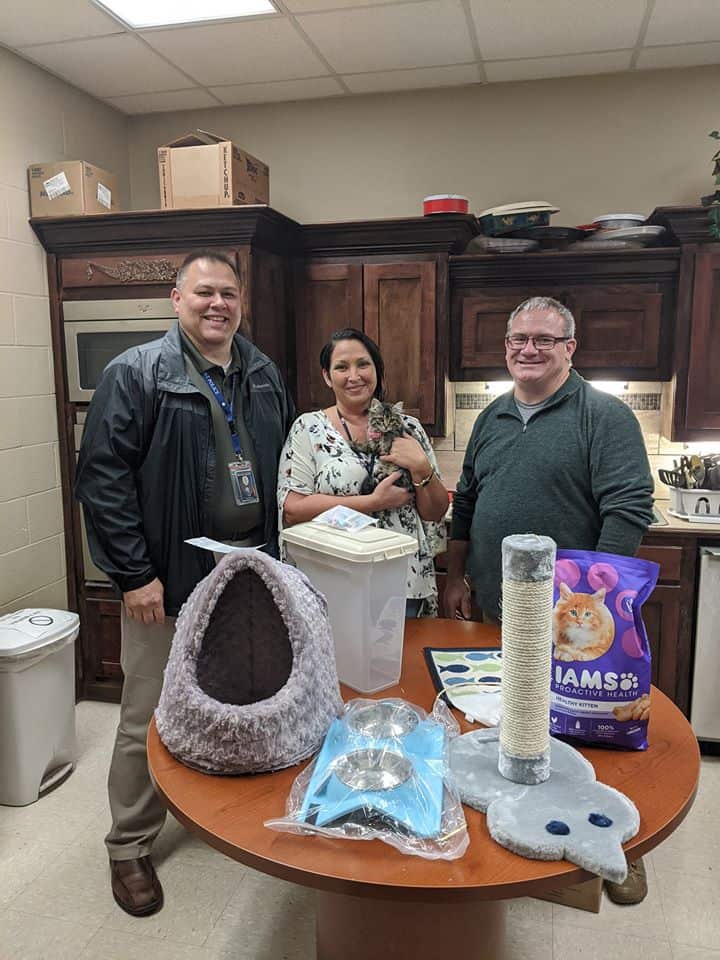 I’d like to send a big thank you to the brave men and women at the Bryant Police Department for welcoming this new officer into their home—and their hearts. I’m sure that little Cad is loving her second chance at life.