Every year, thousands of pets are bitten by snakes. Whether they unknowingly step on the slithery things or let their curious personalities get them into trouble, dogs and cats have a higher snake bite fatality rate than humans. An individual pet’s overall odds depend on their size, the type of snake, and how soon they can be treated for the bite, but every case has a real risk of turning fatal. Evidence shows, however, that despite their smaller size, cats are twice as likely to survive a snake bite than dogs. Until recently, no one knew why. Thanks to researchers in Queensland, Australia, we now have an interesting explanation. 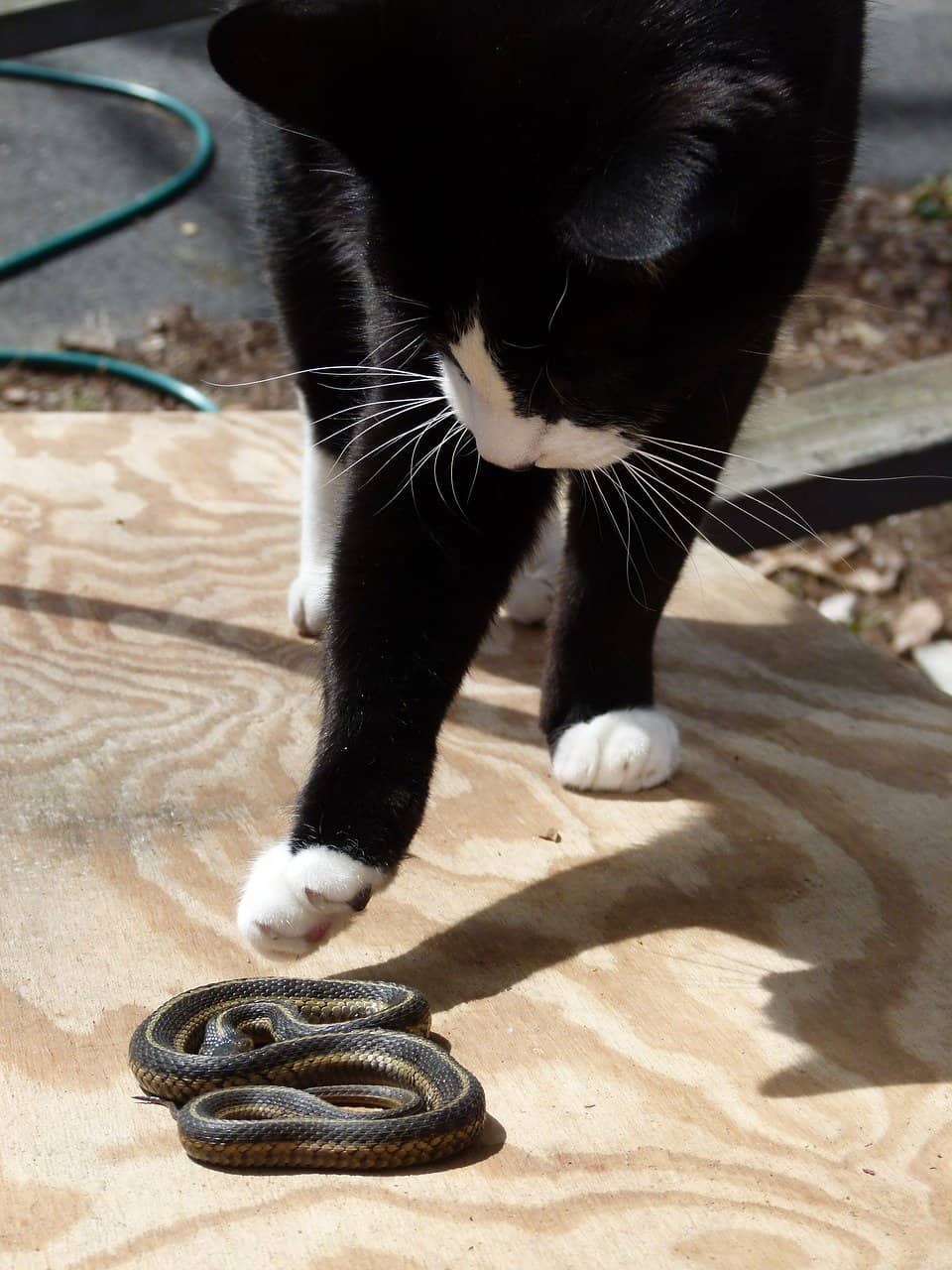 The research team, comprised of students and faculty at University of Queensland, compared how the blood clotting agents in cats and dogs differ when it comes to snake bites. Associate Professor Dr. Fry told Phys Org that the reason many pets die of snake bites has to do with something called venom-induced consumptive coagulopathy. He explained that snake venom can cause the blood to not clot properly, and the bite victim often bleeds to death.

Based in Australia, the scientists focused their research on one of the continent’s most deadly reptiles–the eastern brown snake. The study reports that this highly venomous snake is responsible for about 76% of reported domestic pet snake bites in Australia every year. Sadly, many of the pets that encounter an eastern brown snake do not live to tell the tale.

According to data, only 31% of dogs survive an eastern brown snake bite. Cats, however, have much better chances of survival. Records show our feline friends have a 66% chance of making a full recovery. Their chances of survival are even better if they receive the necessary anti-venom quickly. The disparity of those numbers is what led researchers to dig deeper.

Using specialized equipment, they tested the effects of eastern brown snake venom, plus ten other types of snake venom, on dog and cat plasma. Their results showed that venom acts faster with dogs. This indicates that after being bitten, a dog’s blood would fail to clot sooner than that of a cat, or even a human. This gives them a much smaller window of time where treatment would still be effective.

There were also several behavioral factors that went into the study. Dr Fry pointed out that dogs typically investigate with their noses and mouths. This area of the face is highly vascularized, meaning there is a high number of small blood vessels where the venom can invade. Cats, on the other hand, usually investigate creatures and objects with their paws, a much safer strategy.

Dogs are also generally more active than cats. After a snake bite, it’s recommended for victims to remain as still as possible to slow the spread of venom through the bloodstream. Dogs, however, are not likely to sit still after encountering and being bitten by a venomous snake. A cat might run or thrash after being bitten, but their movements are generally more controlled. This helps slow the spread of the venom and gives them an even greater advantage when it comes to survival.

While it’s good news for cats, researches hope their study will bring greater awareness to the critical window all pets need to receive treatment after being bitten. Whether you know what kind of snake it was or not, it is always important to get your dog or cat immediate veterinary care. Snake bites are extremely dangerous, and the faster you act, the better your pet’s chance at survival.

14 Cats Live In This Pub, And It’s An Experience No Cat Lover Will Forget

Cat Rescued From House Fire And Cared For...

This ‘Cat Town’ In Turkey Saves Hundreds Of...

Grieving Stray Dog Gets Her Own Litter Of...