UC Santa Barbara has sun, sand, and opportunities for a top-notch education, but those aren’t the only perks at this west coast university. Students and staff are also smitten by the gloriously fluffy and always friendly campus cat. Affectionately named Big Boy, this senior fuzzball has made his home in a campus courtyard, and he has an entire community dedicated to his care.

No one knows for sure how or when Big Boy ended up living on campus.

Their best guess is that he showed up around 2005 and is related to some of the previous campus cats (that have since been spayed/neutered). University groundskeeper, Carl Anderson, remembers Big Boy from at least a decade ago when he was called NBC–short for New Black Cat. But despite his hazy history, Big Boy has established a fulfilling life at UCSB and could even be considered a campus celebrity. 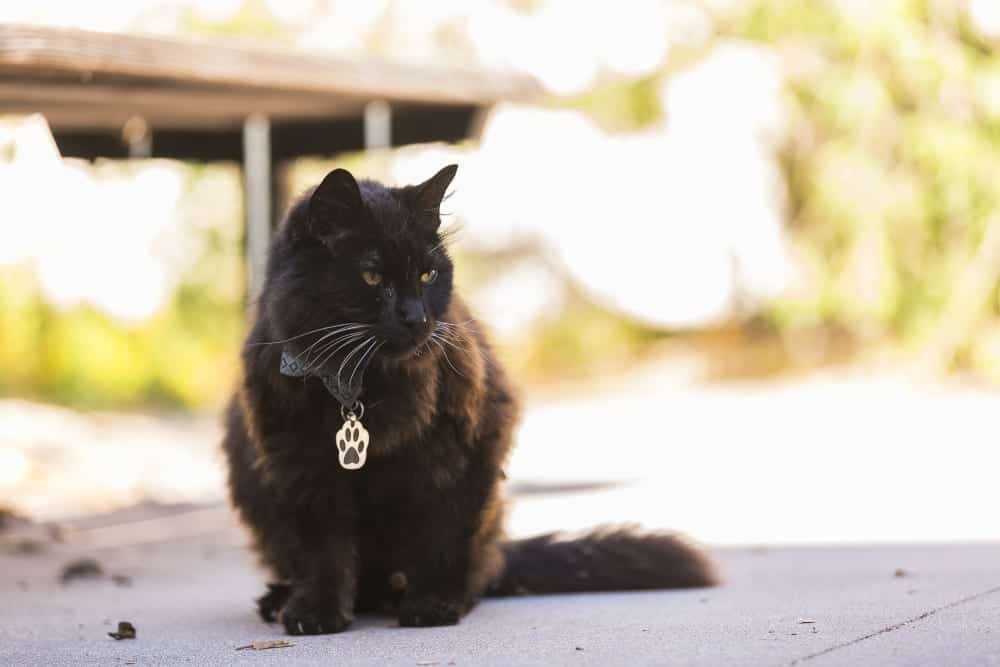 As with most true celebrities, Big Boy’s fame travels mostly through word of mouth. New students learn about him through older students, and campus staff tell his tale to all new hires. That’s what happened when Big Boy’s main caretaker, Katie Title, came to the university. A former coworker told her about the cute cat that likes to hang out on campus. She decided to start spending her lunch breaks giving out head scratches and pets.

It didn’t take long for Title to fall in love, and she eventually committed to being Big Boy’s main human liaison. She said,

“I was just a fan originally, but no I have become the central contact for him.”

Title takes her role of campus cat caretaker seriously, and she also gets a lot of help.

Big Boy has his own log sheet that tracks things like his feedings and grooming. There’s a long list of students and staff who regularly check in. Big Boy prefers to spend his life outdoors, and his UCSB family does everything possible to keep him healthy and happy. He receives regular attention from a trusted vet, and even on holiday breaks when the campus is mostly empty, Big Boy is never forgotten. 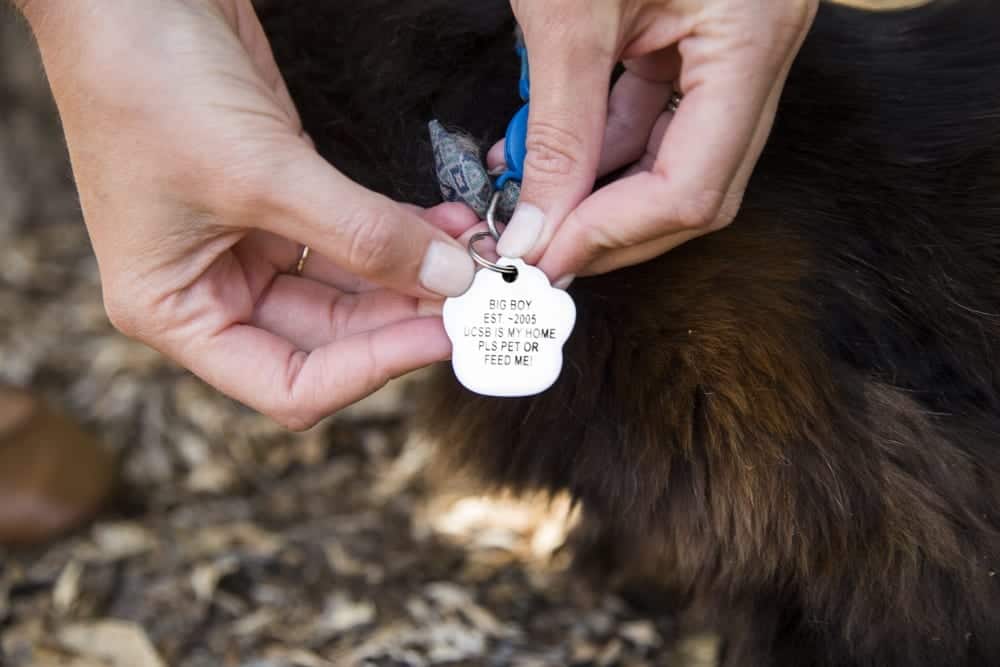 Title admits that she occasionally worries about her feline ward living outdoors. But she has never been disappointed by his team of supporters. Even on Thanksgiving break, Title went to Big Boy expecting to be his only visitor. But she was mistaken. People had already been there to make sure the senior cat had enough food and water.

Everyone pitches in to buy food, trim his nails, and groom his long fur. And while California weather keeps him comfortable almost all year-round, Big Boy also has two shelters to choose from. Title donated one of those shelters, and the other is courtesy of groundskeeper Anderson. Having worked on campus for 25 years, Anderson has a special place in his heart for Big Boy and another campus cat. He’s eligible for retirement, but he refuses to leave the cats. Anderson told The Current,

“Interestingly enough, they kept me here. The cats have been my compass.” 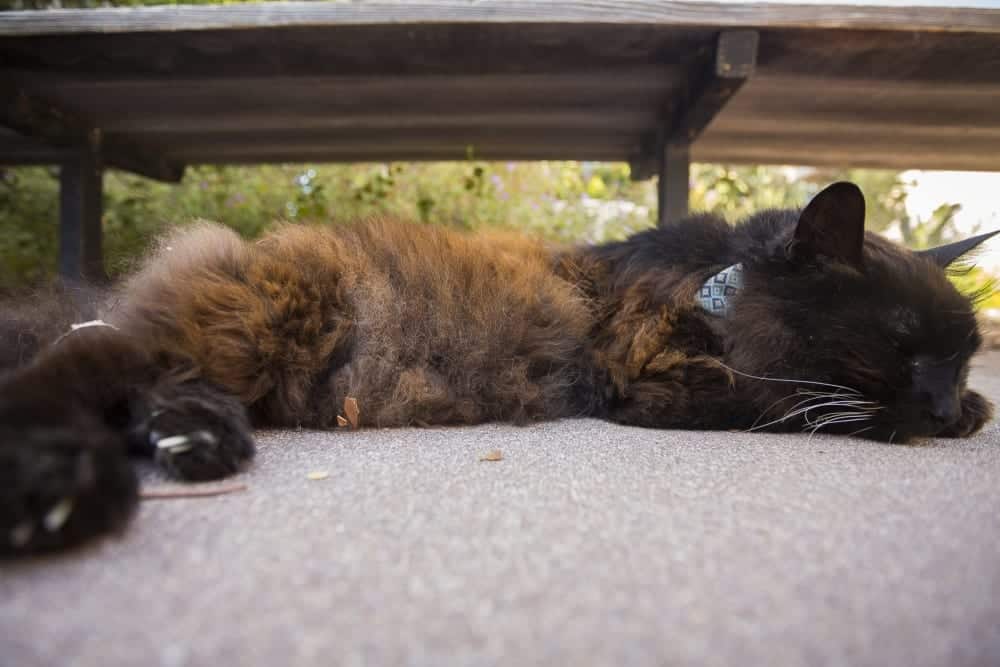 Title and Anderson aren’t the only ones who deeply care about their campus cat.

Students seek out Big Boy when they’re stressed or missing their pets back home. They give him plenty of love, and Big Boy returns the feeling ten-fold. He is a cat of the people and is loved by many but officially owned by no one.

As Big Boy ages, Title and his other caretakers know his lifestyle might have to change. For now, the senior cat is still enjoying his life outdoors. But Title hopes that when the time comes, their beloved campus cat will be equally as happy living like a pampered pet in someone’s home. Until then, Big Boy will continue bringing smiles and joy to everyone within the UCSB community.

All images via Matt Perko/The Current

Why Your Cat Suddenly Attacks You, Plus 4 More Interesting Cat Behaviors