A UK couple on their way to New York was in for a big surprise when they tried to make it through airport security before their big flight. Nick and Voirrey Coole were excited to celebrate Nick’s 40th birthday with a cross-Atlantic trip. Their flights were booked, their bags were packed, and they showed up to the Isle of Man airport with plenty of time. But what they didn’t account for was a stowaway cat.

Nick and Voirrey had no idea why they were pulled aside while going through airport security.

They had left their carry-on luggage mostly empty so they’d have room for gifts on their return journey. But even still, they were escorted into an interrogation room with no explanation. This wasn’t your average randomly-selected pat-down. Something serious was going on. 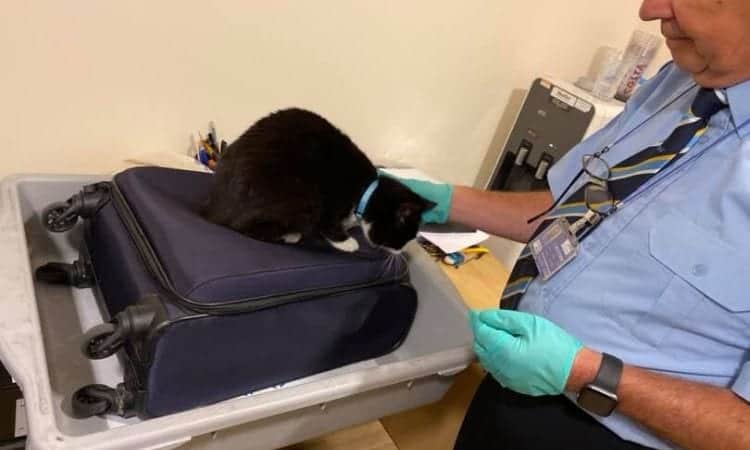 Airport officials were obviously concerned after the couple’s bag went through the scanner. When asked what was in their luggage, Nick and Voirrey didn’t know what to say. They thought frantically about what they might have left in the bag that could get them in trouble. Out of ideas, Voirrey jokingly said,

Turns out, that’s exactly what it was.

One of the couple’s three cats had mischievously found her way into the luggage and decided to stay hidden. The stowaway cat in question, named Candy, has a habit of squeezing herself into unexpected places. She also seems to have objections whenever her humans choose to fly. One time, Candy escaped the house and hitched a ride in a van while Voirrey was traveling to the Balearic Islands. She was eventually brought back home, and it seems her thirst for adventure wasn’t quite quenched.

In their excitement to leave, Nick and Voirrey didn’t notice Candy as they secured the zipper on their luggage and loaded it into the car. Even during the drive to the airport and walk to security, they didn’t hear a single meow or detect any suspicious movement from their bag. It seems Candy was determined to make it on that plane. 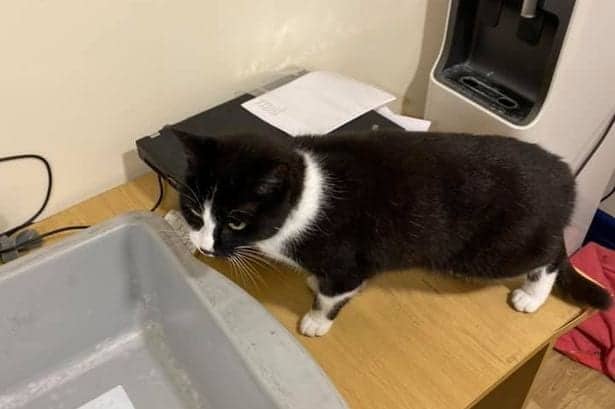 When she was caught, Nick and Voirrey weren’t sure what to expect. Nick said,

“When we were told what it was, we were totally shocked and worried to what happens next, because I’ve never seen the rules on this one.”

No one was quite sure what the policy was on “stowaway felines,” but the amused airport workers helped the couple solve their cat-related conundrum. Voirrey’s father rushed to the airport to pick up Candy. And after a thorough inspection of their remaining luggage, Nick and Voirrey were free to board their original flight.

Candy is now safe at home being taken care of by Voirrey’s father. She missed her chance to visit NYC, but we’re sure this stowaway cat is sitting happily in a box somewhere and plotting her next adventure.

All images via Manchester Evening News

Tail Talk: What Your Cat’s Tail Is Telling You