Although it’s 2020, we still hear stories of jealous lovers showing their petty side when it comes to their partner’s pet. And worst of all, the choices are usually made as the classic “it’s me or them” ultimatum. For one Reddit user, he took to the internet last week to poll the Reddit community known as relationship_advice about his girlfriend’s recent ultimatum. And, this time, it’s not a scorned lover who feels like second fiddle.

The “vegan girlfriend” as he referred to her was feeling strongly that having a cat in her life went against her vegan beliefs. But, as we know, cats are obligate carnivores who need meat to survive. This is how it’s always been, and cats do not care about a person’s ethical beliefs in regards to animal welfare…because they’re cats. But she firmly believed that moving in with a man who owned a cat went directly against beliefs.

Exact reason being? Because cats are predators that hunt small prey.

You know, a cat that also is fully domesticated and knows exactly where their next meal is coming from…a food bowl filled to the brim with cat kibble. A Quora pal of mine posted about this on his superb cat blog, Pain in the Bud, so I thought this needed to be shared as well.

Enter Mittens, the sweet-faced feline caught in the mix with “vegan girlfriend” and her cat owner boyfriend: 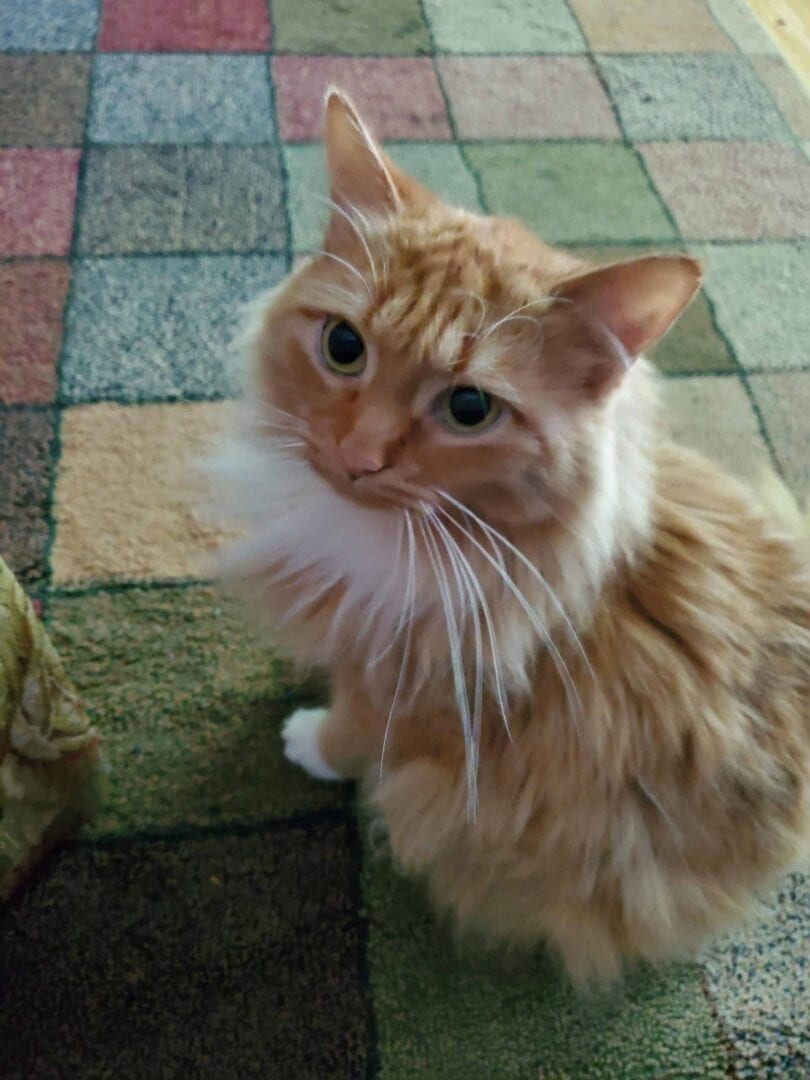 And now, for the question which he polled the community with…

I can’t believe I’m about to type this but here we go.

I’ve been dating my GF for 7 months. She’s amazing and we’re super compatible in a lot of ways. She is an outspoken vegan, and she made it clear at the start of our relationship that it was important to her that any potential had similar cruelty-free values. Me, already being a pescatarian, had little difficulty transitioning to a fully plant based diet. My GF was proud of me for going cruelty free and everything seemed well. We became “the vegan couple” on our college campus.

Then there is my cat, Mittens… I’ve had her for three years and I adore her. She’s such a sweet and cuddly cat. However, my GF was always a little apprehensive around her, and she blamed it on not growing up around cats. After a while we sort of made a tacit agreement to mostly hang out at her apartment instead of mine, so Mittens never really came up again in conversation.

Fast forward through all the quarantine stuff… My gf and I have spent a lot of time together during this pandemic and we’ve started talking about taking our relationship to the next level. We began seriously looking at either buying a new apartment together or having one of us move in with the other. 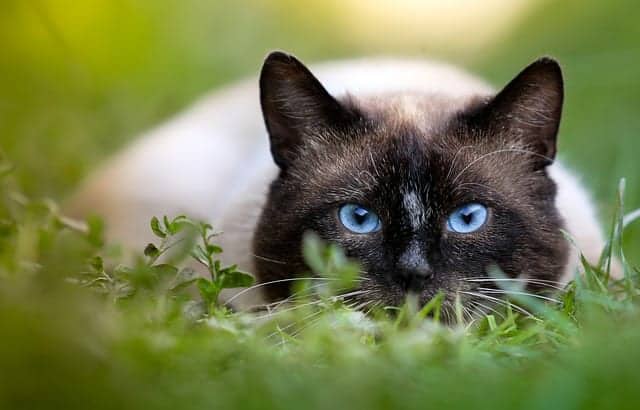 However, after a lot of talking and planning, my GF sat me down and dropped a bombshell on me.

She said that with this next phase of the relationship, she did not see a future with me unless I was willing to give away Mittens. She said that she believed owning a cat is unconscionable for vegans, because they hunt mice and eat meat, and because the very act of owning a pet is a violation of vegan principles.

I was stunned. I told her that I was absolutely not willing to give up Mittens, and she had no choice but to eat meat so I was reducing harm as much as possible by buying reputable brands of cat food. Plenty of vegans own cats and think along those same lines. My gf got mad and said “how much flesh does your cat eat? How many animals died to make all that food? Would you be okay with that being human flesh?”

I got mad and told my GF that I would have really appreciated her telling me about her cat opinions before we got serious. She went on and on about cats killing animals. I ended the conversation there. I was so angry that I left my gfs apartment. And I snuggled with Mittens when I got home! Although the mood soured a bit when my GF sent me a link to a Reddit thread advocating for the extinction of domestic cats. Sigh

I think it goes without saying that I am not going to get rid of my cat. However, it pains me to think that an otherwise wonderful relationship could be ending because of a difference in ideology. I don’t even really understand where my GF is coming from because like I said, a lot of vegans own cats. Now granted, cat ownership can be a controversial topic in vegan circles and I probably would not have gotten a cat if I had been vegan at the time, but I have Mittens now, and she deserves to eat. (Yes, I’ve researched vegan cat food, but Mittens has some digestive issues and my vet strongly cautions against it.)

I’ve talked to some of my vegan and vegetarian friends and they all think my gf has lost her mind. Some have suggested that it’s not about Mittens and my gf just wants an excuse to end it. They probably don’t understand why I haven’t broken up yet, but I care about my GF so much. I’d hate for this bizarre curve ball to be the end of a beautiful thing. I want to try and work something out.

Where do I even go from here? I will not compromise on Mittens and I don’t think my GF will compromise either.

Edit: wow, this completely blew up while I was asleep. I am trying to read every comment but there are a lot. Also, please allow me to take this moment to reiterate that my GFs views are not representative of those held by the wider vegan community!!

Thankfully, he made the purrfect choice and he and the “vegan girlfriend” parted ways. He likely already knew what the right choice was from the start being the dedicated cat dad that he is, but having positive feedback to let Mittens stay and to kick his lady to the curb from 7,000+ people certainly sealed the fate of his relationship. 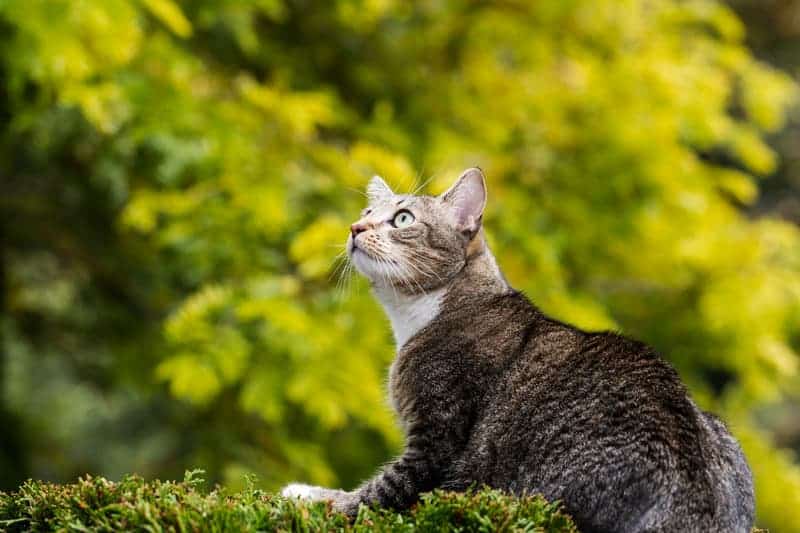 In a recent update from two days ago, he shared that:

First of all, let me say thank you for everyone who offered advice. There are over 7,000 comments on my original post and I have dozens of PMs. Frankly I’m still pretty overwhelmed with the magnitude of the response. I did my best to read most everyone’s comments but obviously I couldn’t get to everything!

I would also like to preempt this post by saying, as many users pointed out, that my GFs extreme views on domestic cats are not representative of the vegan/vegetarian community as a whole. I do think that, sometimes, new vegans can be a little overzealous. In reality, most of us are just doing the best that we can to not hurt animals! I did not expect to generate a big debate in the comments.

So, we broke up, obviously. I would never, ever give up my cat Mittens. Many users said that this situation was about control, not veganism, and looking back, I do see a pattern of control on my GFs part. I was blind to it I guess.

I called my GF and said I was not willing to give up Mittens under any circumstances, and given the recent issues we’d had, and our incompatible views, I thought it was best that we parted ways. I said she deserved a partner that shared her values. She then asked if we were breaking up, I said yes. There was some anger on her end but otherwise the situation actually went better than I expected.

So, yeah. That’s really it. Thanks again to everyone who offered advice. It really helped.

Good choice, my man. Good choice. Has a similar “it’s me or the cat” situation ever happened to you before? Share with us in the comments section! 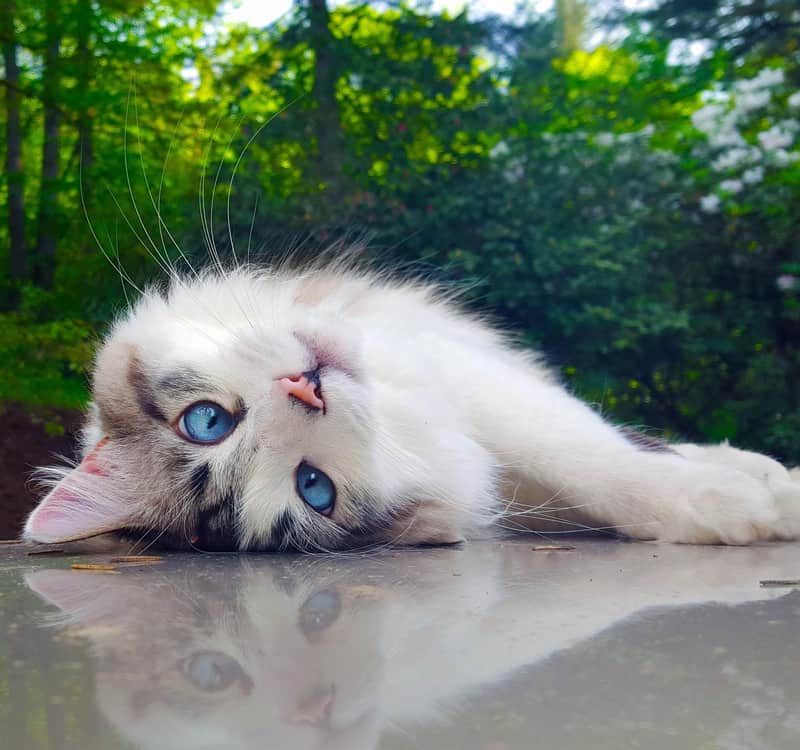 Is It Okay To Change My Cat’s Name After Adopting Them?

30 Cats And Kittens Rescued From RV In...