On average, most cats hit the scale anywhere from 8-10 lbs. Although a fat cat is not actually a healthy cat, there are times when cats come into the life of a new owner and that new human does their best to help them slim down.

But for one hefty kitty who lives an an animal hospital, he’s recently started going viral for his interesting behavior and tell-all signs dedicated to him.

Fred was recently adopted by a veterinarian who works at the Furry Friends Animal Hospital in Harvey, Louisiana. And he actually was heavier when he first came into her care. Veterinarian Marcia Riedel and her staff are doing their best to slim him down to a healthy weight. But it’s not easy because they say that Fred simply loves to eat! Riedel spoke with The Dodo and told them that Fat Cat Fred has a personality as big as his appetite:

“I found that he prefers to roam around the clinic as the official greeter, rather than live at my house with its lack of constant exposure to admirers. Fat Fred believes that humans are meant to serve him food at all times.”

The original post on Reddit from KneeAppallingTanIceCream shared the images of this cat, who we now know as Fat Fred. It seems that many people enjoy getting a glance at him, and Fred isn’t shy about turning on the cat charm for those passing by. 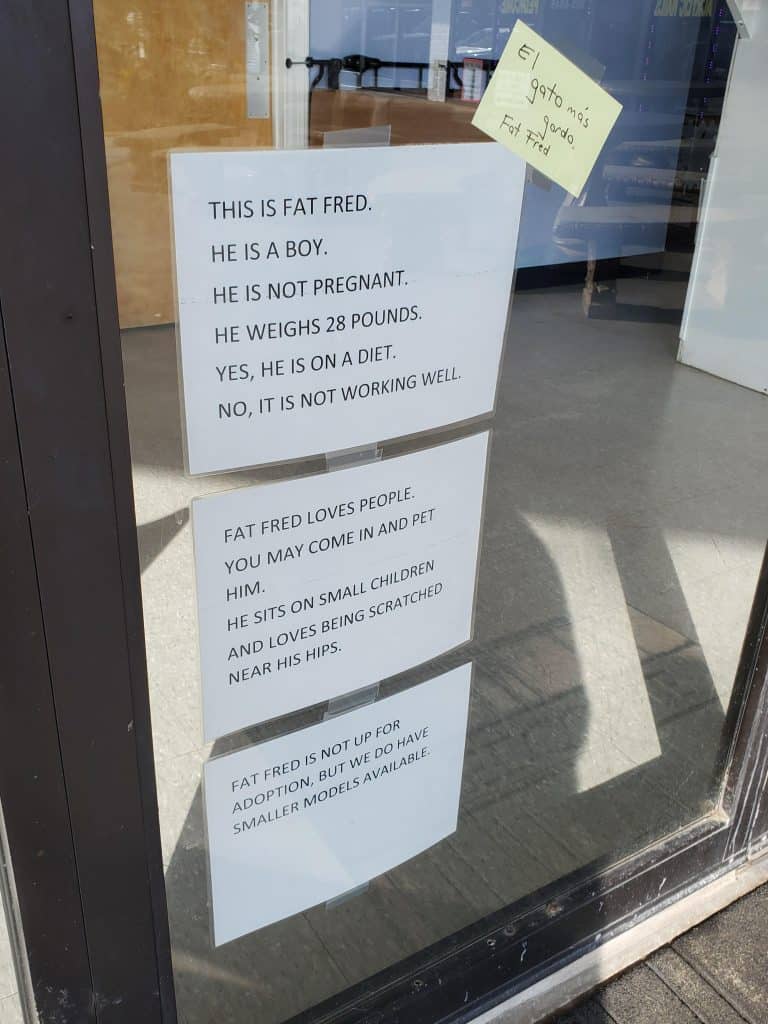 The signs for the attention-grabbing fat cat read as follows:

“Fred loves people. You may come in and pet him. He sits on small children and he loves being scratched near his hips.”

“Fat Fred is not up for adoption, but we do have smaller models available.” Bored Panda reached out to the original sharer of these images on Reddit. When asked, he said:

“The sun was blinding so I tried to stand off to the side to get a pic and ended up with a pepper ghost effect. Which I didn’t even know was a thing until this post.” “Unfortunately the vet was closed that day so I could only watch Fred from the window. He was very playful even though the window. As far as a pet slimming down, a diet with some good activity time each day should help. I am actually about to go out of state, but plan on visiting Fred when I get back after the holidays.” 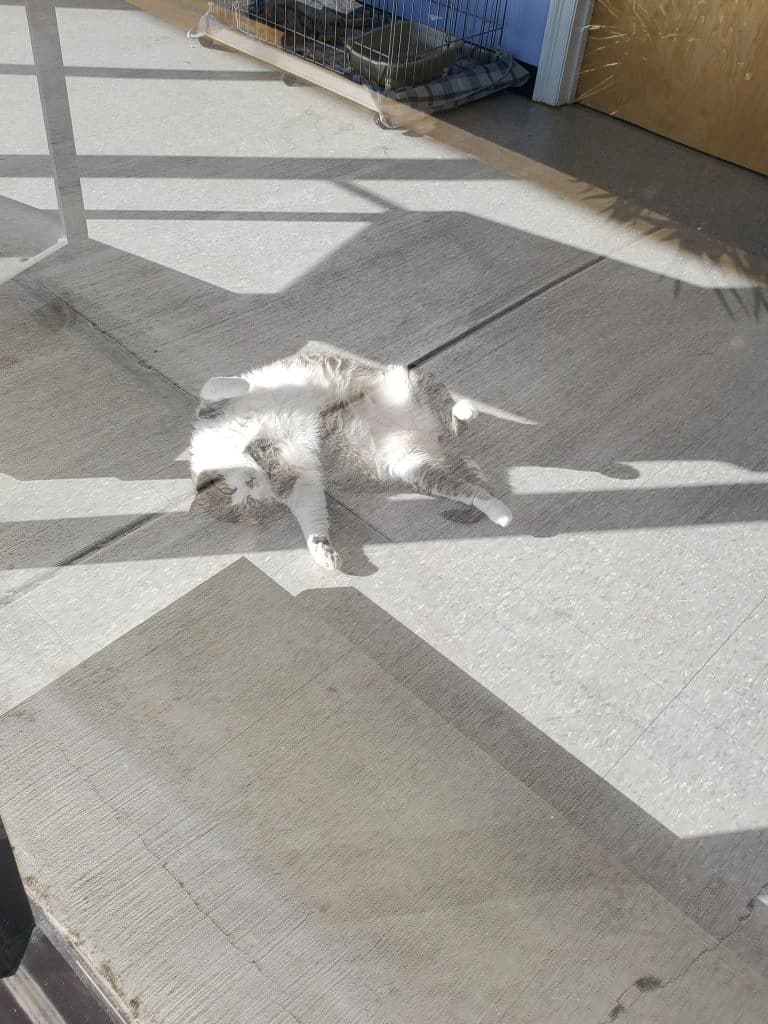 It seems to be that when Fat Fred isn’t busy eating, he’s busy acting! I would love a chance to meet this kitty, because he’s got loads of cattitude! Here’s to losing that weight Fred, new year, new you!

Meet Bowie The Cat: A Rescued Feline Who Was Born To Be A Star

Discarded Kitten Born Without Eyes Gets A Second Chance At Life

Does Your Cat Sleep With You At Night?...