Cute cat videos have been the rulers of the Internet basically since its invention. You can find anything from cats being scared by cucumbers to cats riding robotic vacuums. They all make our feline-loving hearts sing with joy, but there was something missing. Turns out, all the world needed to be complete was this viral TikTok video featuring a cat named Ed, a nine-camera split filter, and the 1954 classic song, “Mr. Sandman.”

Trust us, you won’t be disappointed.

The video that started it all! #sandmancat

It’s only 13 seconds long, but for some hypnotic reason, this video of a dancing cat has taken over the Internet. Maybe it’s the fact no one can resist an adorable ginger tabby, or maybe the vintage song brings us back to simpler times, but either way, the video has been viewed over one million times.

While Ed the tabby cat is the on-screen talent, the mastermind behind the production is a 17-year-old high school student from Ontario. Jade Taylor-Ryan had a random thought about making a fun video with her cat, and she used the popular app TikTok to make it happen. It required a tricky balancing act with her phone sitting on the floor and the use of the camera timer. The nine-camera filter gives us that Brady Bunch look, and for a mysterious reason, the song choice seems spot on. 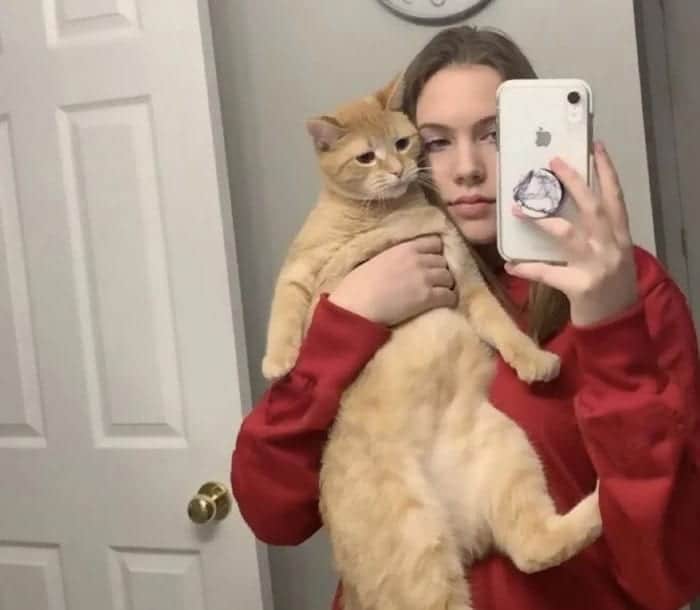 Named after Ed Sheeran (because of their matching hair color), Ed is described as being a “very chill” cat.

He didn’t seem to mind when his human picked him up and made him an online superstar. Jade said she twirled her cat in front of the camera, uploaded the short video, and the rest was history.

Jade made the video when she was bored, and she never expected it to take off like it has. She told BoredPanda,

“People reacted to it way more than I thought they would! Everyone thought it was super cute and funny at the same time and lots of people were saying that it made their day.”

it’s safe to say that they weren’t as impressed with the idea pic.twitter.com/jMHy1A3N4P

There’s a never-ending stream of cute cat videos out there, but Jade’s mesmerizing 13 seconds are eclipsing them all. Twitter caught on quickly, and in only a few days, cats dancing to “Mr. Sandman” has become the newest trend. There have been several copy-cat (see what we did there?) videos of people trying the same thing with their own cats with varying rates of success.

You know you want to try it out with your own cats, so let us know how it goes!

Cat Attacks Postal Carrier Every Day, And The...

Bobcat Mama And Her Babies Seen Taking A...

Time-Lapse Video Of Kitten Growing To Cat Is...