Vituzzo is a ginger tabby cat that lives in Milan, Italy. Up until December of 2018, he was living a totally normal cat life with his two humans at home. But on December 20, 2018, this poor kitty was accidentally struck by a moving vehicle. And worse, his pet parents were away on their honeymoon. Immediately poor Vituzzo was rushed to the vet, but the veterinarians were unable to save his hind legs.

A photo of Vituzzo just before the devastating accident occurred… 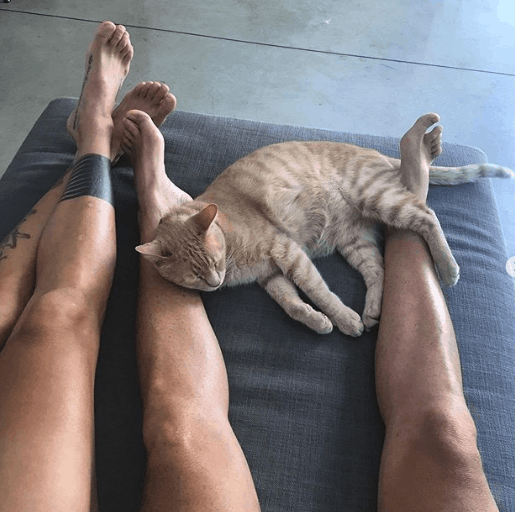 Fast-forward one year to December 2019, when Vituzzo was fitted for his new prosthetic legs which would enable him to behave more like the cat he once was. Despite his injuries, Vituzzo is happy, full of life, and loves to love and be loved.

Taken shortly after the accident, sweet Vituzzo resting on his sofa… 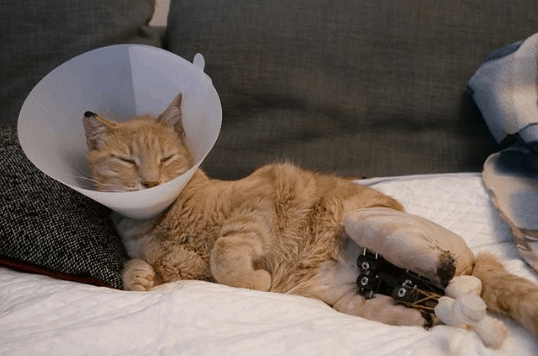 His humans created an Instagram account for him so that others may follow his journey. Known to the social media world as Vituzzo Superstar, there are many images of Vituzzo doing cat things and learning to navigate life with the help of his newly-implanted prostheses. 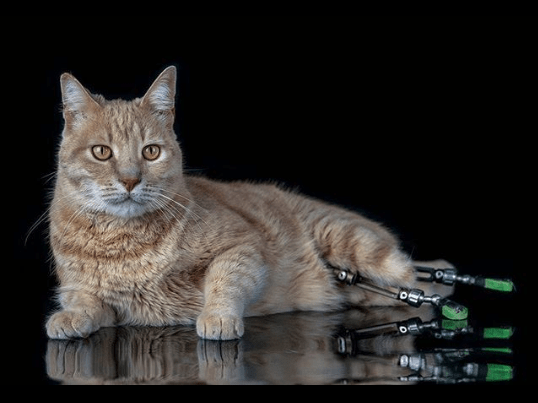 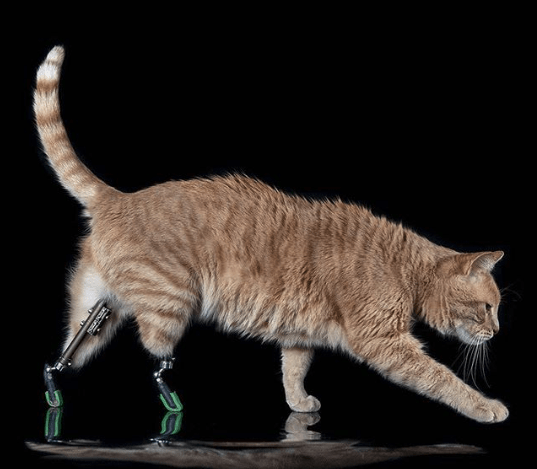 As you can see, Vituzzo navigates his way around his home just as any cat would. From following his humans around to being just downright adorable, Vituzzo remains a happy cat at heart even after all he’s been through.

Ah, that faucet water is high on every cat’s list! 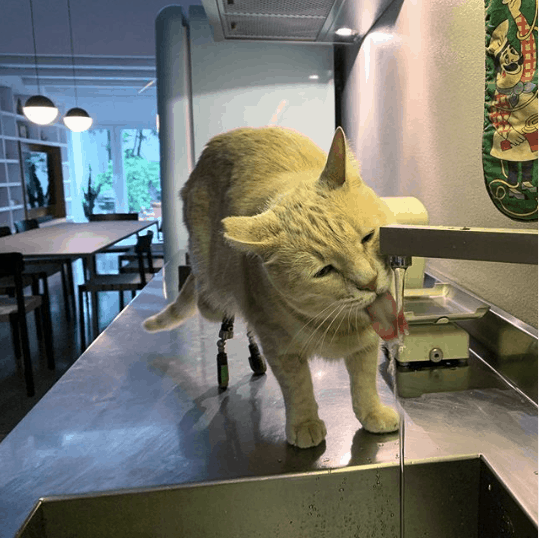 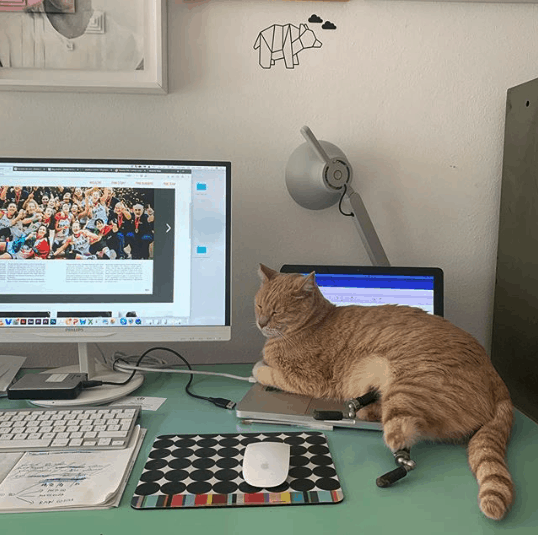 Vituzzo prefers spending his Saturday night’s in, hanging on the new chairs…totally a cat thing! 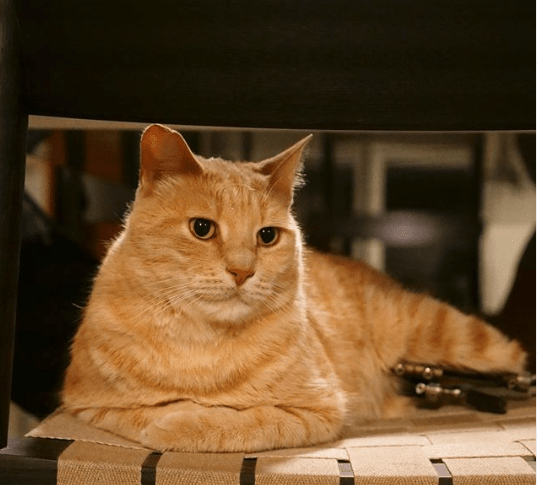 And what kitty doesn’t love a good box!? 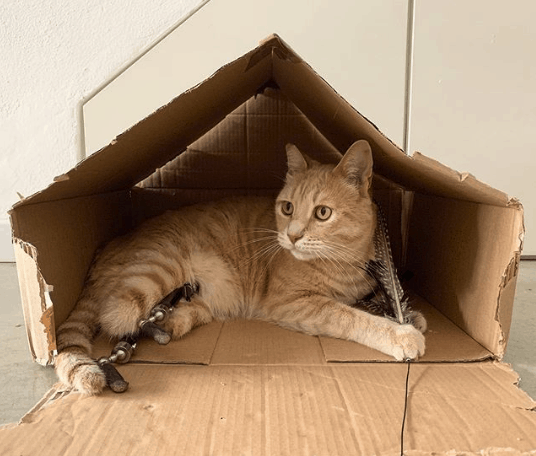 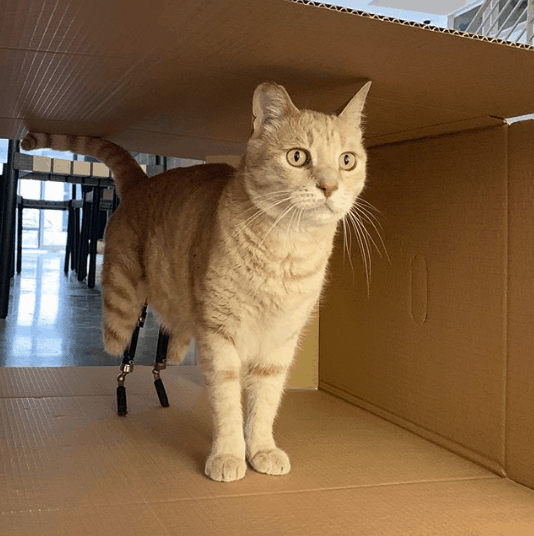 A good scratch from their mama? Of course every kitty likes that, too! 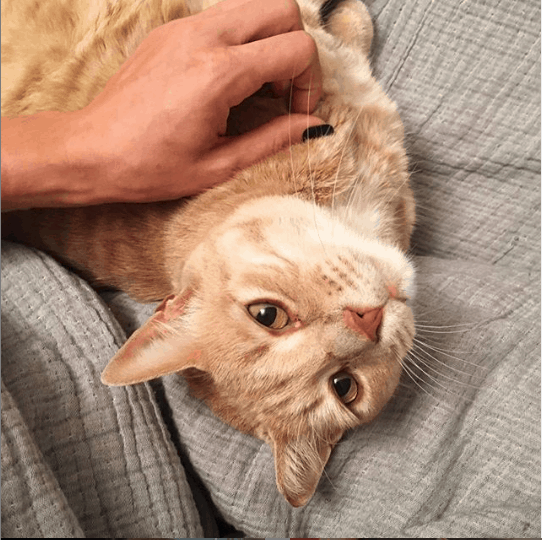 I’m happy to see that this cat isn’t about to let his differences or his struggles hold him down from living his best life possible. A special thank you to his humans for ensuring that this little cutie gets all the attention, love, and care he deserves. Vituzzo, you’re certainly a superstar kitty in my book.

Want to keep up with Vituzzo on his journey to living his best life? Follow him on Instagram @VituzzoSuperstar.

Meet The Cat Grandpa: A Man Who Volunteers His Time To Help Homeless Cats Feel Special