It’s certainly true that black cats can come in different shades. And I don’t mean black cats with white accents like you’d see on a tuxedo cat. The only true black breed of cat is a Bombay, but there are several breeds of cats that can have solid black coats. From domestic shorthairs, to Maine Coons, Oriental Shorthairs and more, there are quite a few feline breeds both long and short-coated that can be solid black. We know that ginger tabbies can get freckles as they age. And we often see dogs going gray as they grow old. So, what about black cats that start to fade AKA rust? If you’ve ever wondered why do black cats rust, I have the answer for you below. Just keep reading!

Here are some theories as to why black cats rust… 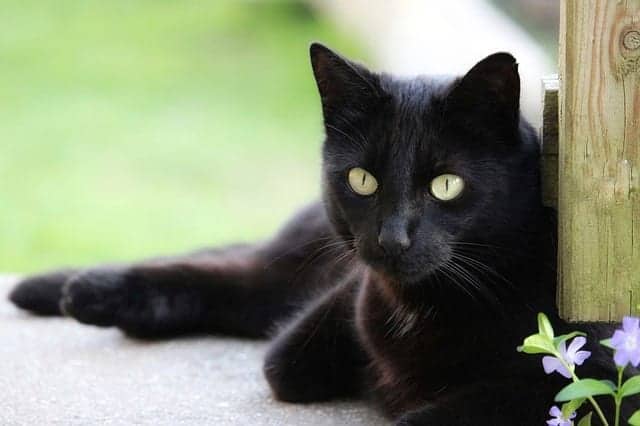 So, although we simply see black when we look at black cats, next time you are around one try and carefully observe their coat in the sunlight if possible. Even to the untrained eye, you can see variants of black across their fur, and some regions in which the black almost appears as if it has stripes. In order for a cat to have a black coat, science tells us that the cat’s parents must both possess the coat gene that carries black. And this specific color gene, AKA an allele, is referred to as B for black coat coloring.

For this genetic coding, there are three specific variants of the black fur gene: cinnamon, solid black, and brown; the hue works in conjunction with the pattern. If a cat with a solid black hue also has a dominant tabby striped gene in its genetic makeup, then prolonged exposure to the sun can cause the eumelanin pigment in their fur to reveal a rusty tone. 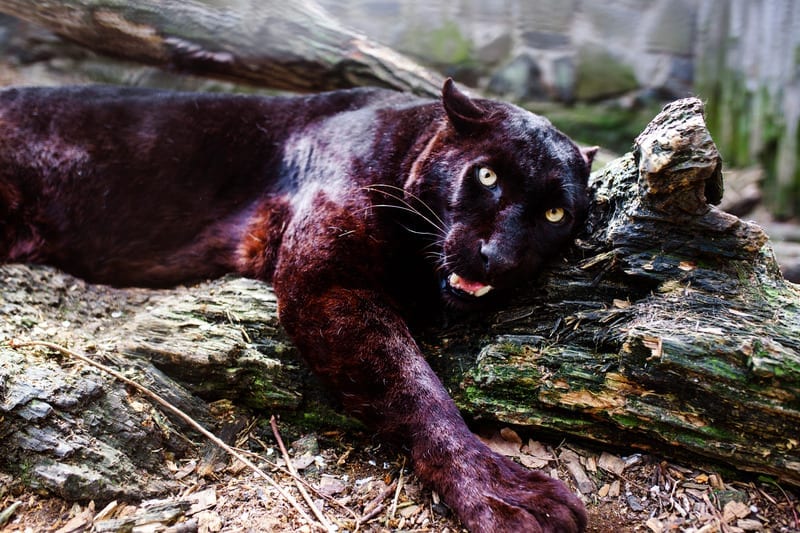 Notice how this blank panther’s coat also looks rusty in the sunlight.

For cats with freckles, sun exposure doesn’t invite freckles the way in which it does with humans.

But the reason a black cat will become rusty actually relates more to a deficiency in tyrosine, which can come as a result of protein deficiency in their daily diet. This amino acid is crucial to a cat’s daily diet.

“Tyrosine has many roles in the body including being an important component of neurotransmitters in the brain and thyroid hormones. However, it also helps to produce melanin which is the pigment responsible for hair colour. Therefore, cats with a tyrosine deficiency have difficulty producing melanin which causes a black cat to turn a reddish brown colour (which is also known as rusting). 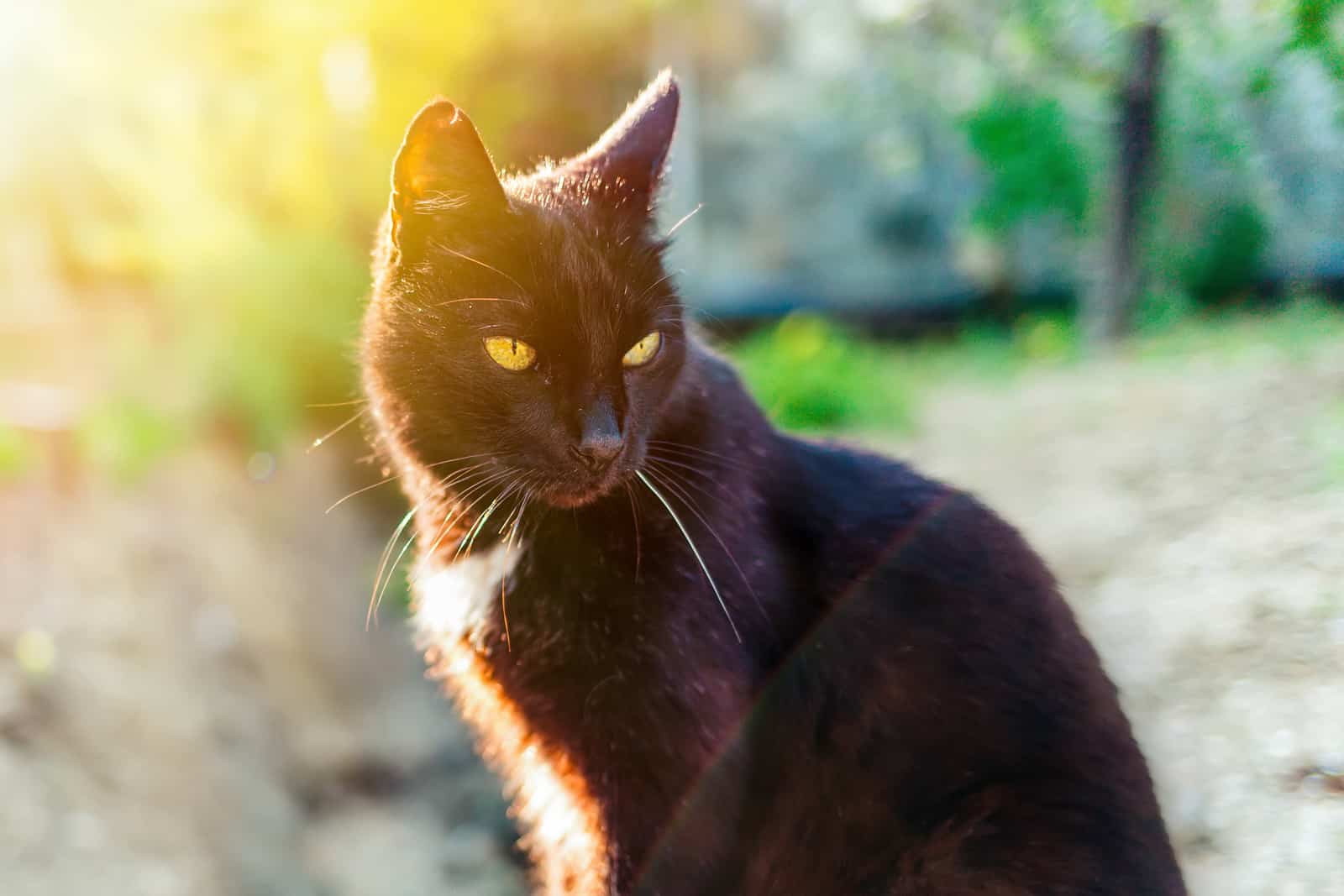 Wait, is that a tabby in disguise?

Think back to the coat genetics mentioned above. Now consider the tabby gene which controls striping. If you have a black cat that has the black allele but the expression of the tabby gene isn’t completely repressed, this will cause you to see faint tabby stripes should you examine your cat’s black coat closely in the sunlight. As your black cat ages, it is also possible for them to sprout gray hairs, too. This will be especially noticeable in the areas around their face and neck. But going gray is much more likely for dogs than cats, and this is thought to be because of the fact that cats are born with a greater number of melanocytes.

Check out this fun video here from the Cattitude Daily YouTube channel that talks all about black cats…enjoy!

Did you learn anything new or interesting about our feline friends? Share this article with other cat lovers that you know so that they can learn something, too. 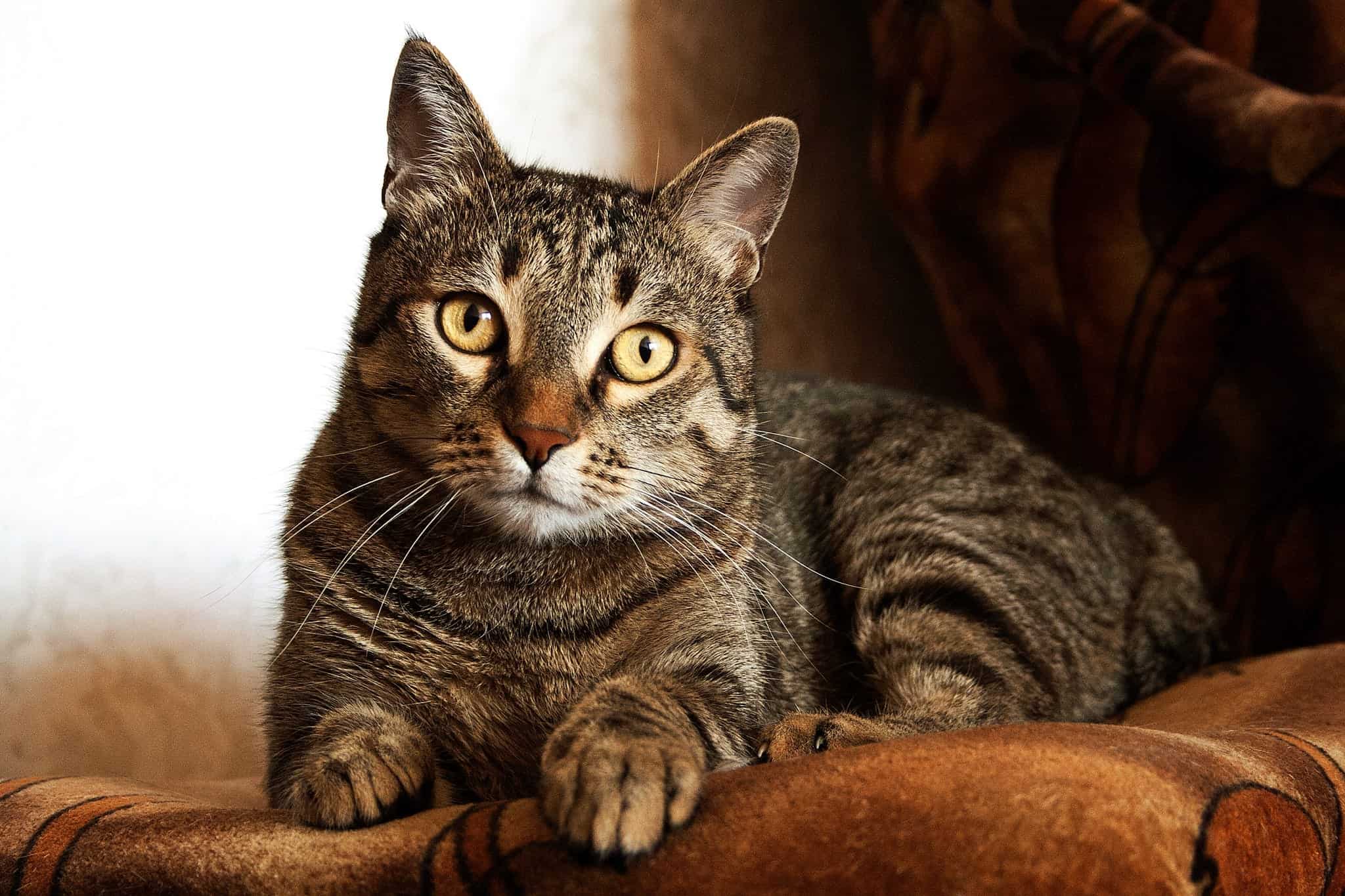 Have you ever wondered about that letter “M” you see on a tabby cat’s forehead? Check out some theories on it here on CattitudeDaily.com.

Why Do Cats Love Sitting On Laptops And Keyboards?